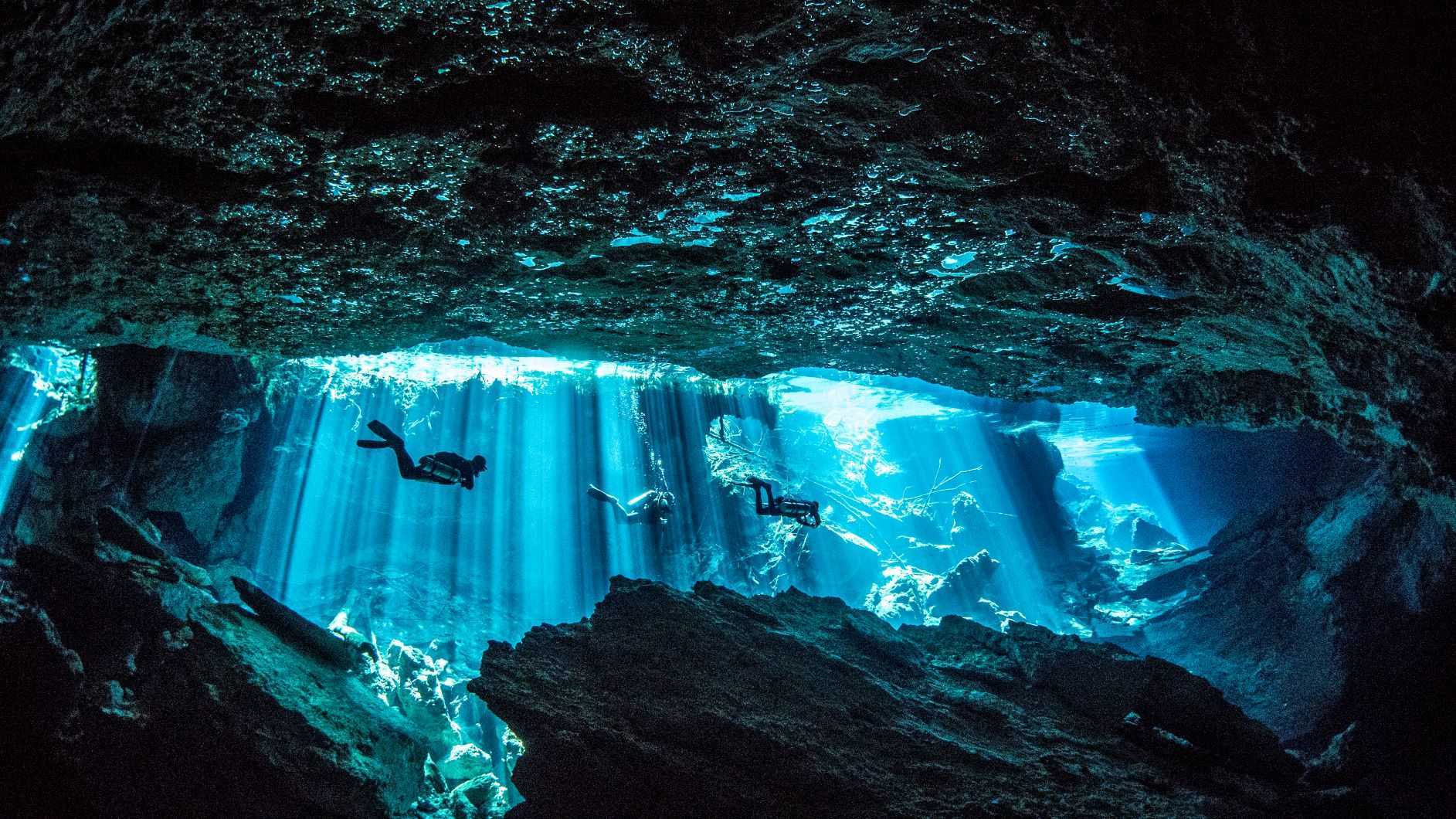 Mexico under the surface: the legendary cenote caves with video

If someone’s going to Mexico, there’s a good chance I bet he will have at least one cenote cave on his bucket list. Geology enthusiasts are attracted here to see unique stalactite and stalagmite columns above and under the water. While divers are also eager to get into the cave, which was a sacred place of the Mayans. If you don’t belong to either group, you may just want to take a bath in the sky-blue, crystal-clear natural pools or take a photo inside them. But what makes cenote caves so special that many people just cross the world because of them? In my previous blog post about Mexico, I revealed the truth of the Mayan pyramids (read here). In this post, I show you the fascinating natural formations of the Yucatán Peninsula. If you want to see more stories and nice pictures of Mexico, have a look at my Instagram (here) and Facebook pages (here). 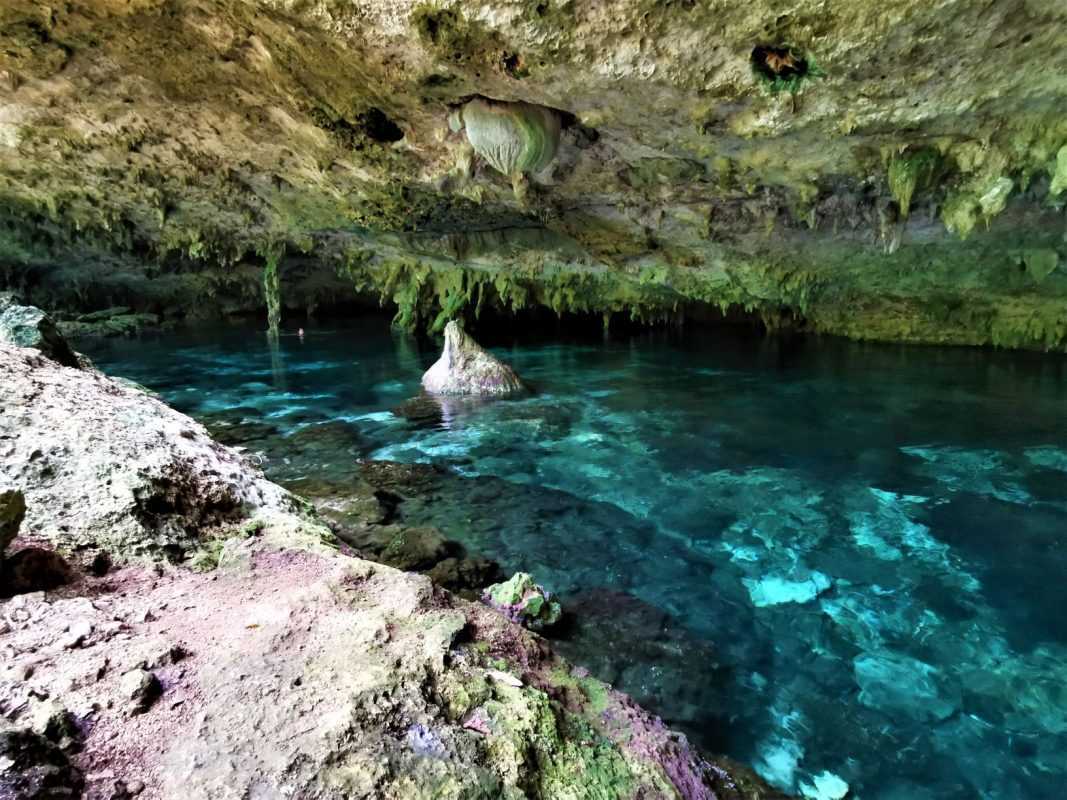 Before I go into details, let’s define exactly what that cenote means. Briefly, they are limestone caves that have collapsed at the top and have been filled over time either by rain, groundwater or by seawater that has seeped into their interiors. It is estimated that Mexico has about 7,000 cenote caves – most of them here all over the world – which is due to the fact that the entire Yucatán Peninsula is made of limestone. Most of the cavities are below the ground and on private land, making exploration and registration difficult. 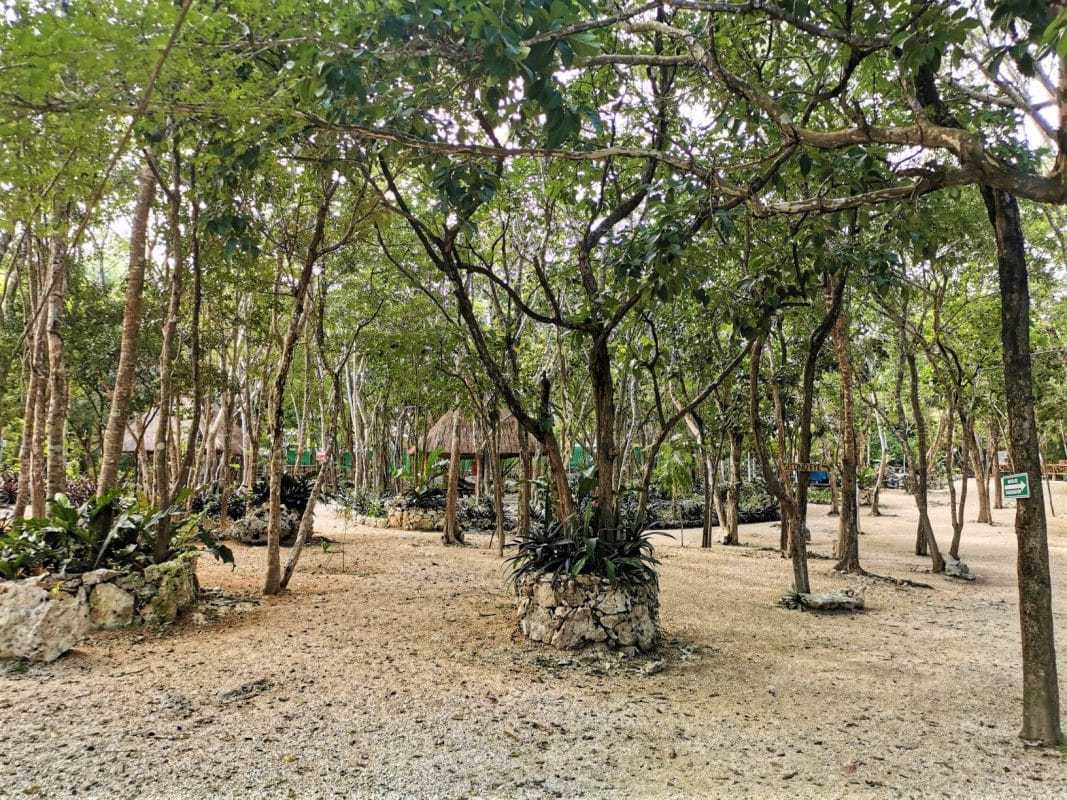 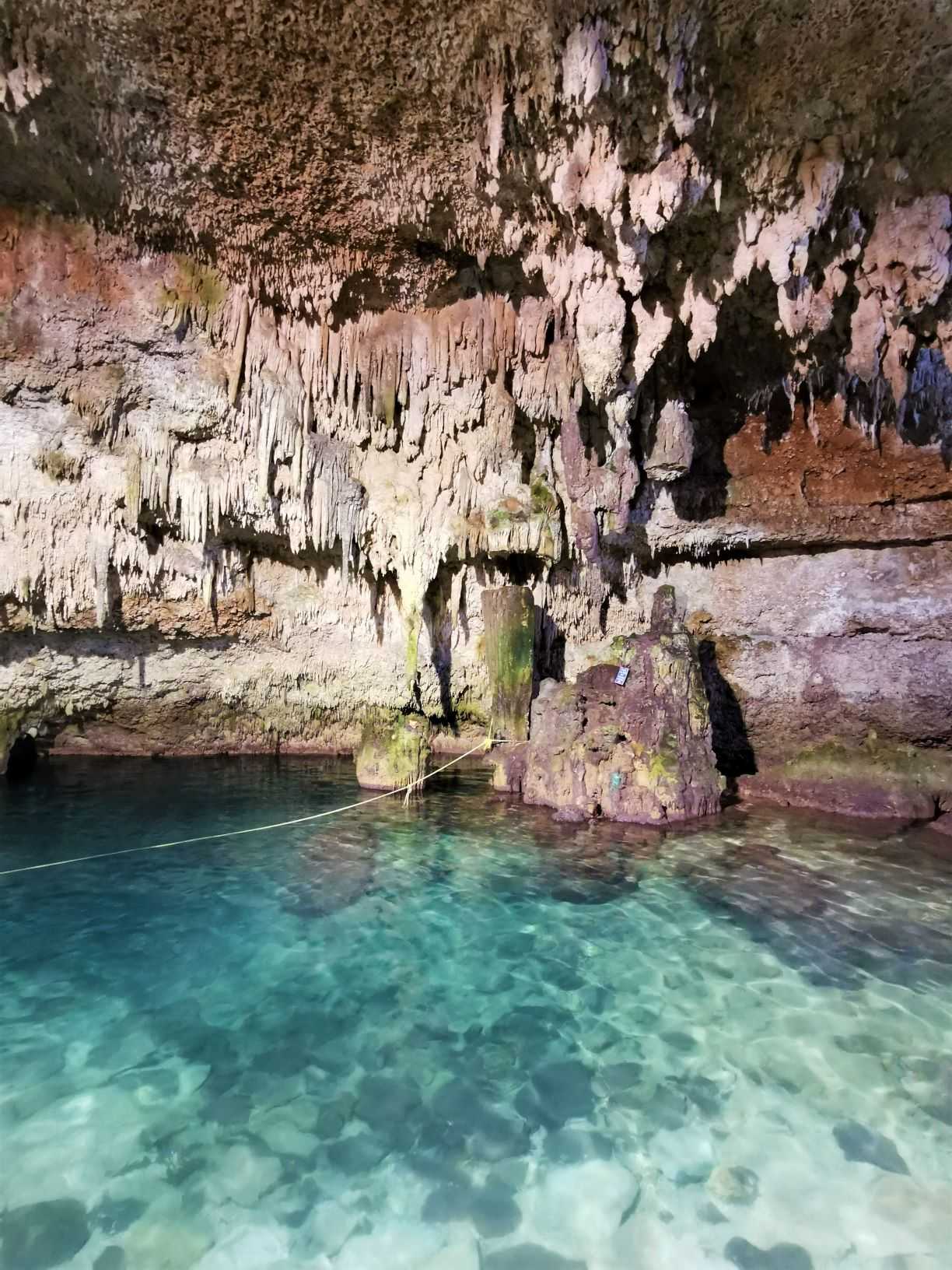 Today, most cenote caves serve as tourist attractions, but it used to be a sacred place for the Mayans. The cenote itself derives from the ancient word ts’onot, that means well. Given that there are no natural rivers or waters on the Yucatán Peninsula, the Mayans used the rainwater collected in these cavities as drinking water. In some places, cenotes are separate caves, while elsewhere they form quite long underground cave systems. It was probably because of the contiguous network that the Maya believed that this was a separate world and cenote was not only a well but also a gateway to the realm of the dead. Although Mayan artifacts, human and animal bones were found in 220 of the cenotes excavated, most of them were not used for burial purposes, but as 90% drinking water for the inhabitants.

Fotó: Vöröss CsabaI admit, when I was just getting ready to dive in these caves in Mexico one day, I didn’t know what to expect. Basically, I don’t like dark, enclosed spaces underwater. That’s why wreck diving is also not my favorite one. However, in the underground world of cenote caves, I had no fear that anything might go wrong, or that I might get stuck in a passageway. The truth is, without a cavern diving license, we weren’t taken to a place that was too tight. On the other hand, we swam along the ropes in goose row, following the dive guide.

However, the cenotes do not give themselves so easily, as far as diving is concerned. Most places are quite puritanical, with steep stairs and ladders leading to the entrance to the “well”, which is not easy to do in a 15-20 kg driving equipment and in 30 degrees. But the view compensates you for any inconvenience, and I’m really saying this without bias. I thought a cave is just a cave and rock is just a stone. Nature and wildlife have always attracted me more, so I didn’t show much enthusiasm for the first cenote, Chac-Mol, that actually looks just like a lake full of leaves from the outside. I immediately changed my mind as I went under the water and the rays of sunshine made the water incredibly magical.

The next day we visited the Dos Ojos cave system, which is not dominated by light (although it was not bad either), but by stalactites of such large size that I do not think I even saw in the Aggtelek Cave. There’s a reason this cenote is one of the 10 most beautiful ones in the world. The natural wonders seen in the pictures basically appear in front of the eyes of divers, but even if someone does not dive, there is no reason to be discouraged. There are many cenotes, which are perfect for bathing – 24 degrees of water – snorkeling and even stalactites can be seen in them.

The Choo-Ha cenote is a good example of this. A steep ladder leads underground, which seemed never to end. At the bottom of the cave, however, there is an amazing view. Stalactites hang from everywhere and you can bathe in the two turquoise pools. 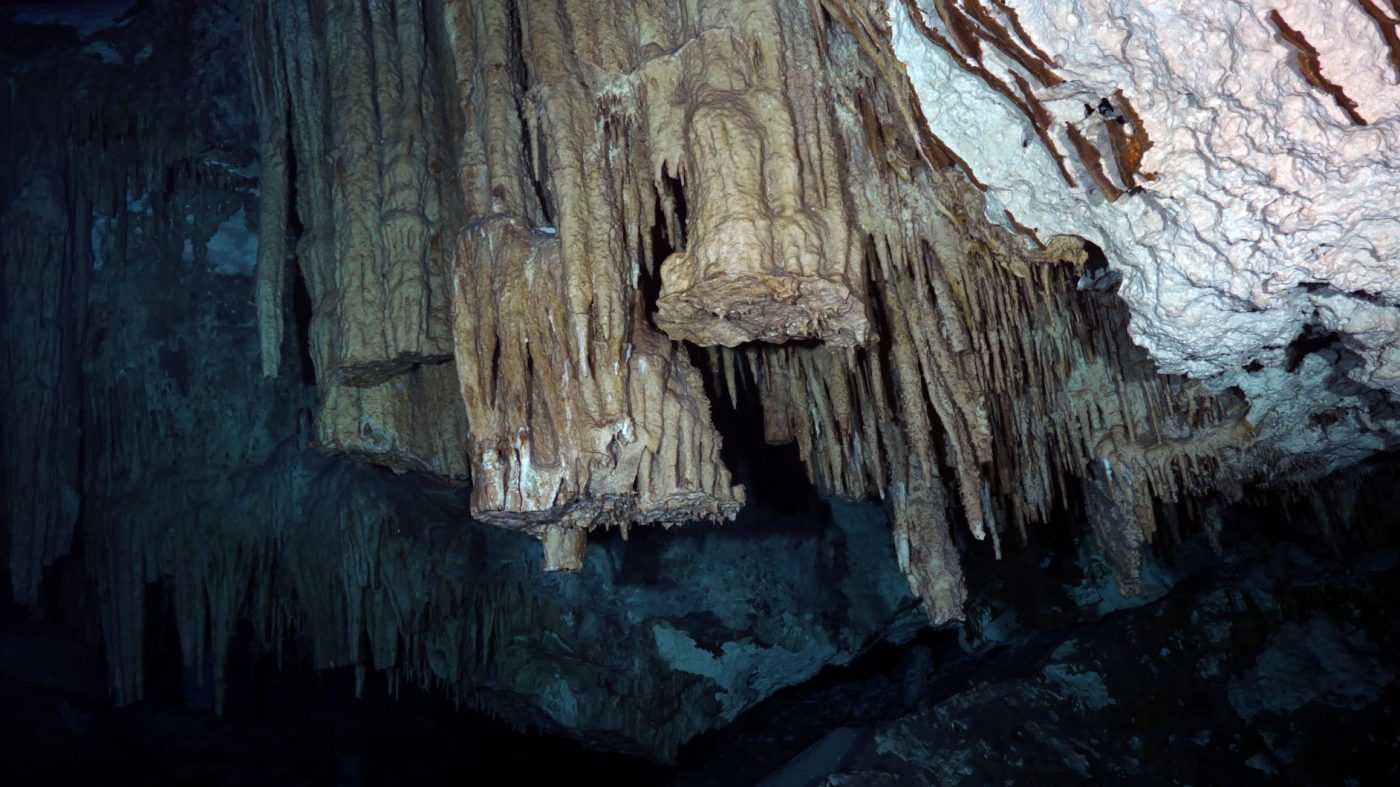 After so much lexical information and personal impressions, let’s see what a cenote cave looks like from the inside; how to imagine stalagmite and stalagmite columns; what it’s like to swim in crystal clear water with hundreds of feet of visibility. Words would be hard to express how beautiful these caves are, so instead of writing, I brought you a video of the Mexican cenotes. 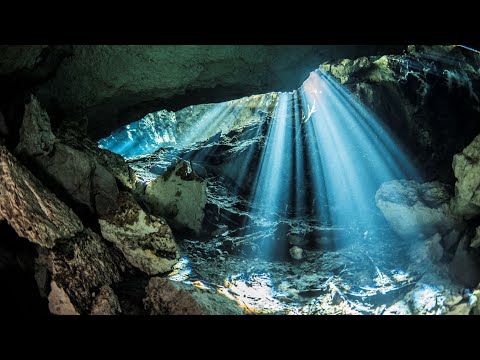 Staying on the wet terrain, I’d like to take you to another special place on the Yucatán Peninsula. As I mentioned that there are no rivers here because of a meteorite impact that occurred 66 million years ago. However, there is a place like a river not far from Merida, which we visited for its unique fauna. Ria Celestun is a protected area and is famous for its mangrove forests, brown water and jungle-like surroundings, that are home to flamingos, alligators, raccoons and pelicans.

As part of a two-hour boat tour, you can get an insight into this special world and undisturbedly watch these magnificent creatures in their natural environment. In my next blog post, I head to Mexico City, where I visited not only the home of the famous painter Frida Kahlo, but also walked to the top of the world’s largest pyramid and even walked on the Avenue of the Dead.