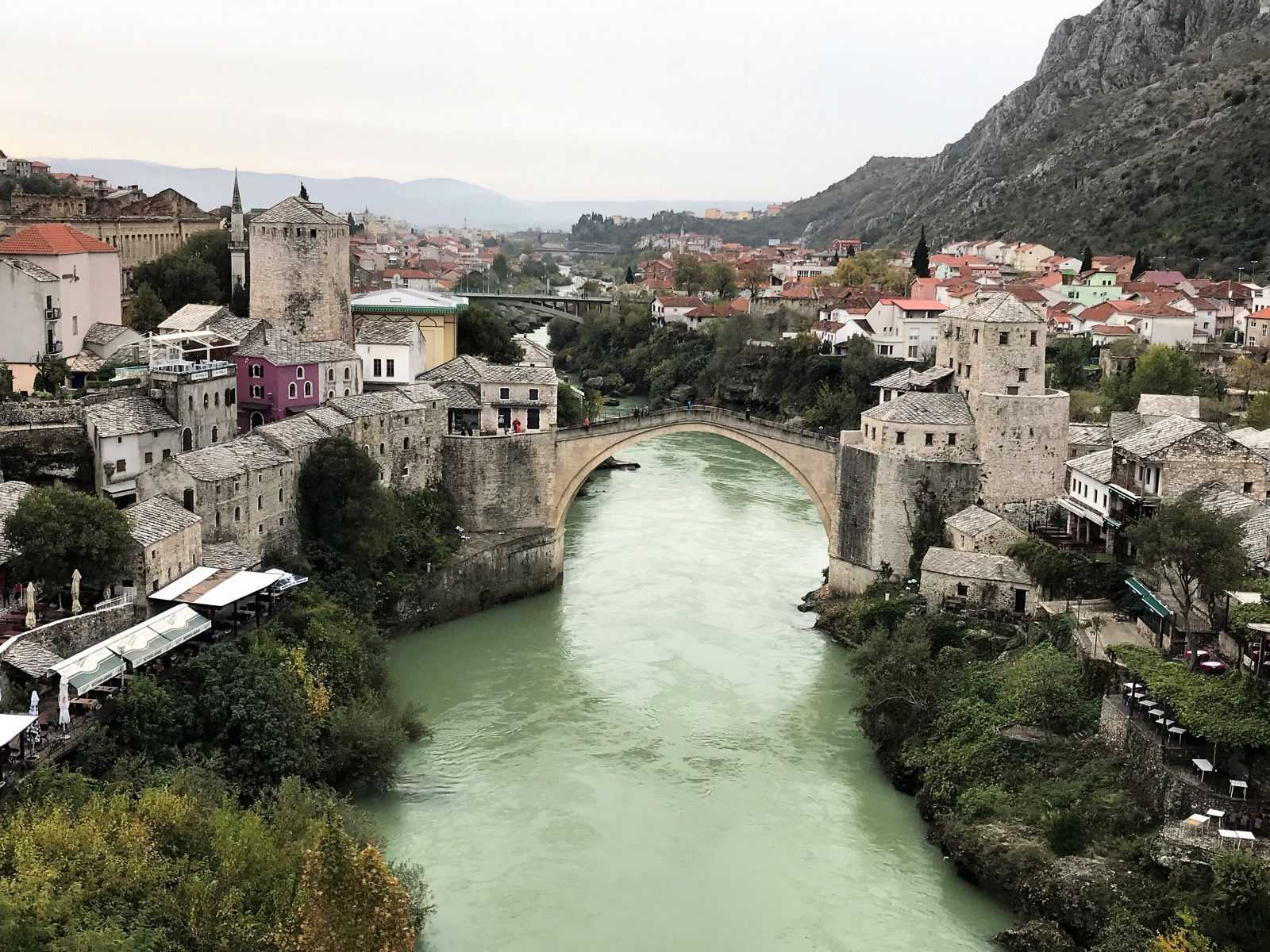 The most beautiful sites in Bosnia and Herzegovina

After a few days of sightseeing in Sarajevo (read here), we headed south to explore the rural parts of Bosnia. Even the road leading through the Neretva River was like a solo excursion Neretva River, it’s truly amazing. The crystal-clear green river and the 2,000-metre mountains were so unusual after the flat terrain, and we stopped to take pictures in every corner. Neretva Canyon, however, offers not only natural beauties but also culinary delights for those who pass by. Along the way you will meet lamb ovens in many places, where fresh, steaming food is placed on the table, accompanied by some bread and salad. Basically, I’m not a lamp team, but I have to say, the food made here is really tasty, it would have been a shame to miss it. As we got south and approached Mostar, the previously lush landscape changed and took on a Mediterranean character. We passed past barren cliffs and roadside vendors who were selling tangerines and figs in bags as well as potatoes and onions. For a fraction of the price in Hungary we bought sweet, sun-kissed fruits, which were excellent for hiking later on.

Our only fixed destination in southern Bosnia was Mostar, because everyone said we need to see Mostar and the bridge. Speaking of bridges, here’s a little fun. Bosnia has two UNESCO World Heritage sites and both are a bridge: in Mostar, the Old Bridge and in Visegrád, the Sokoli Mehmed Pasha’s Bridge. Unfortunately, we could not see the latter because it was so far away from everything, but I still believe that Bosnia is a country of bridges. Whether you are looking at the viaducts across the Miljacka River in Sarajevo or in the Neretva Valley, each one is an architectural masterpiece. If I say it’s worth traveling only for the bridge to Mostar, I almost have right. Though we haven’t seen the usual tourist attraction when young boys from the 24-meter-high bridge jump into the water in exchange for some change, as it was November. The Old Bridge, which crosses the Neretva River, was originally built by the Turks in 1566. It stood undisturbed for 400 years until it was blown up by the Croats in the Yugoslav Wars in 1993. The conflict, as in all parts of the country, can be traced back to ethnic differences. Mostar has long been the capital of the Bosnian Republic of Croatia, given that the city is still mostly inhabited by Croats. 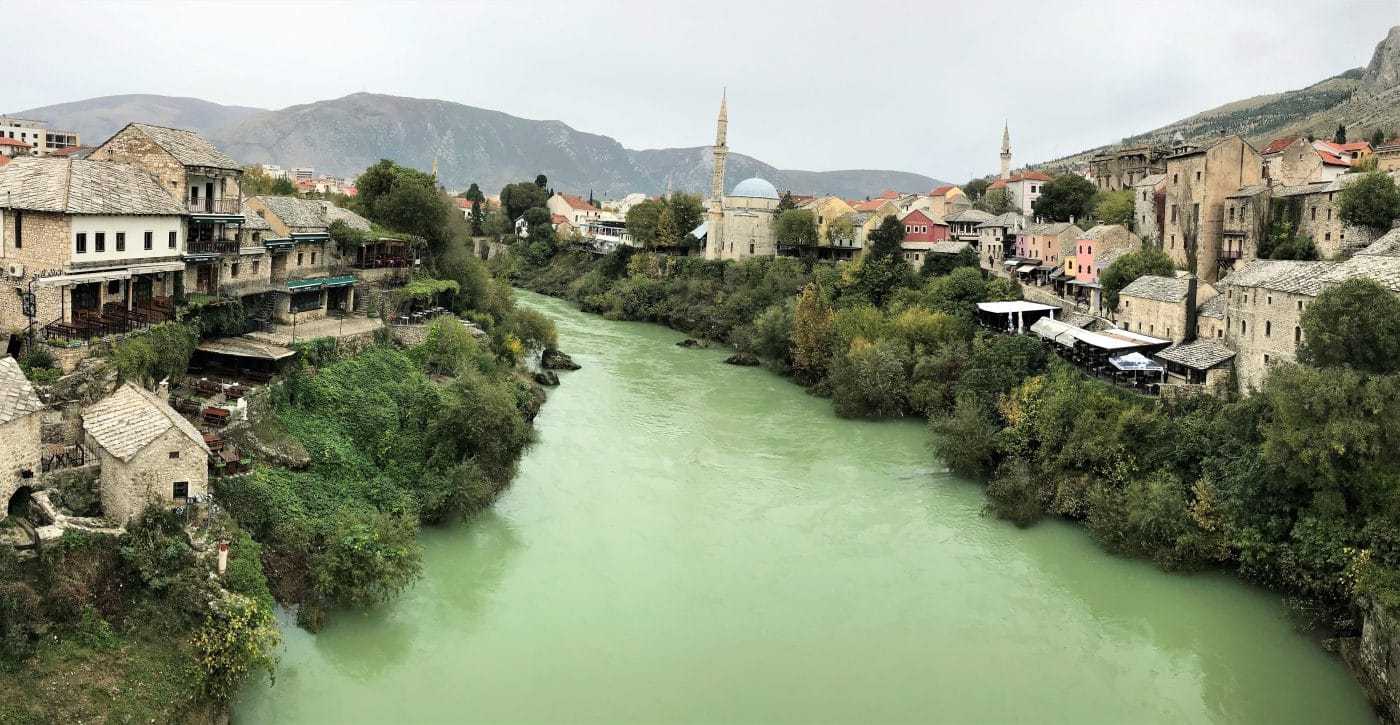 Fortunately, the Old Bridge was restored in its original form in 2004 with help of the Hungarian Army, but the division of the city remained. On the left bank of the Neretva, the minority Bosnians live, while on the right bank there are Croats. They have separate schools with sports facilities, they don’t really interact with each other. I did not experience anything of this as a tourist, I met extremely kind and helpful people on both sides. Walking in Mostar’s old town, you inevitably feel like you’re in the set of a movie shoot. With its beautiful stone streets, apartment buildings and bazaar, the city have retained its medieval Ottoman character to this day. Speaking of architectural masterpieces, it is worth visiting Koski Mehmed Pasha Mosque, the oldest mosque in Bosnia and Herzegovina. In addition to its impressive interior and the huge tapestry given by Emperor Franz Joseph, its unique feature is that you can go up to the tower, from where you can enjoy the view of the Neretva River and the Old Bridge.

Just 15 km far from Mostar, there is a tiny karst town where time has stopped. Like many other settlements, Počitelj was built on the banks of the River Neretva and has been of strategic importance for centuries. The fortress towering at the top of the barren mountain and its kulina tower are among the oldest buildings that served defense purposes in all Bosnia. Although there is no exact record of when the city was built, it is believed to be founded in 1444. Počitelj, also owned by King Matthias, was under Turkish occupation in 1471. Its memories like the hammam (Turkish bath), medres (Islamic school) and the mosque can still be found in the stone town. Under the era of the Austro-Hungarian Empire, the city lost its former importance. I was too far from the newly built commercial routes. By 1960, Počitelj was almost completely depopulated, but its buildings, fortunately, preserved their original state and beauty. You can explore the stone town with a nearly two-hour walk. You should not miss climbing the castle and bastions, from where you can admire the Valley of Neretva. As an extra program, you can also eat some pomegranates during the walk, which has a season in Southern Bosnia in November. 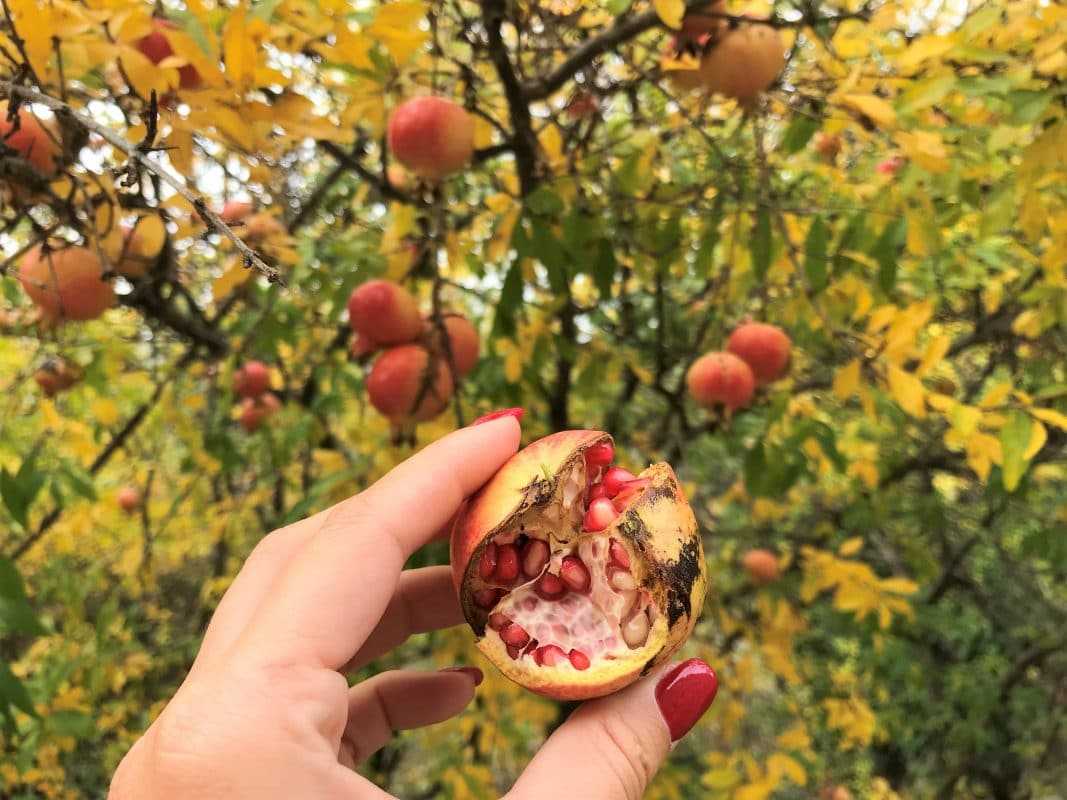 Međugorje is a legendary pilgrimage site, visited by tens of thousands of tourists every year. Returning from there many people said they experienced miracles. The holy place wasn’t acknowledged by the Roman Catholic Church, but legend says in 1981 Virgin Mary appeared in the mountains for six children and sent the following message: “If you knew how much I love you, you would joyfully cry.”

The town’s main street is full of shops selling souvenirs, where, in addition to statues, rosaries and holy pictures, traditional tourist gifts can be found alongside statues, rosaries and holy pictures of Our Lady. The Church of St. James in the main square did not impress me either externally or internally, but despite its puritanism and modernity, it is constantly full of believers and mass is held several times a day. In the park behind the church, there is a 7-meter bronze statue of the resurrected Christ, whose right knee has been constantly leaking moisture since 2001. Many hold a holy image or rosary on the statue’s feet, while others hold “tears” with textile cloths. It’s true, I’ve seen something seeping from the statue. Researchers tried to explain the phenomenon and ruled out the possibility that rainwater collected inside the statue was involved. Based on unconfirmed laboratory analyses, the composition of the liquid refers to human tears. Walking around Međugorje you must see The Mount of Revelation and Križevac, a huge cross at the top of a mountain. The road up is very difficult and bumpy, but it is worth starting the nearly 1-hour mountain hike with stable shoes. The sight and mystical atmosphere at the top of the hill definitely make up for every effort.

Speaking of pilgrimage places, the former home of the Dervishes, the Blagaj tekke should not be missed out from your itinerary. Built in the mouth of the Buna River, the 600-year-old monastery is so beautiful with its interiors. Its authentic furniture and prayer mats give visitors a truly special experience. The tranquility is present here: there is no need for words or any particular explanation as you walk inside the building. The Monastery of Blagaji was founded in the 15th century in ottoman style and pilgrims lived here until 1952 until they were driven out. But who are those dervishes? The original meaning of the word is a religious beggar. They really made a living from it while wandering in the entire Muslim world. Their knowledge, wisdom and poetry (e.g. Gül Baba) were legendary. Dervishes had a mystical connection to Allah, and they came closer to him through meditation and dance. The most famous ones are dancing dervishes, who live mainly in Turkey. The members of the Bektasi order lived here, mainly contemplating the creation of the world and, like the medieval Christian monks, lived ascetic life. Two saint tombs can be found in the tekke, whose name is associated with the establishment of the order: Asik Pasha and Sari Saltuk.

Not far from the Croatian border you can find one of the most beautiful waterfalls in Bosnia, where the River Trebizat flows from a height of 30 meters. What’s really spectacular about it that it’s made up of several waterfalls 120 meters wide, and it’s crawling in smaller streams of water, into a pool. As you approach the waterfall, you will be surrounded by a huge curtain of humidifiers. So it is worth preparing accordingly with headgear. I wasn’t planning on performing any water-related rituals in the summer in only 15 degrees of water, but just to be sure, a sign warns the visitors that any spiritual activity is forbidden here. But you can go on rafting, picnicking or hiking around the waterfall, especially during the summer.

The only coastal settlement in Bosnia and Herzegovina is Neum on the Adriatic Sea. The history of the coastline, which is only 24 km long, is very interesting. It belongs now to Bosnia because Venice and Dubrovnik handed over the territory to the Turks, creating a quasi-buffer zone between the major powers. We just arrived in Neum at sunset time and. After tasting some seafood at a local restaurant we just enjoyed the last summer rays on a cool November evening.