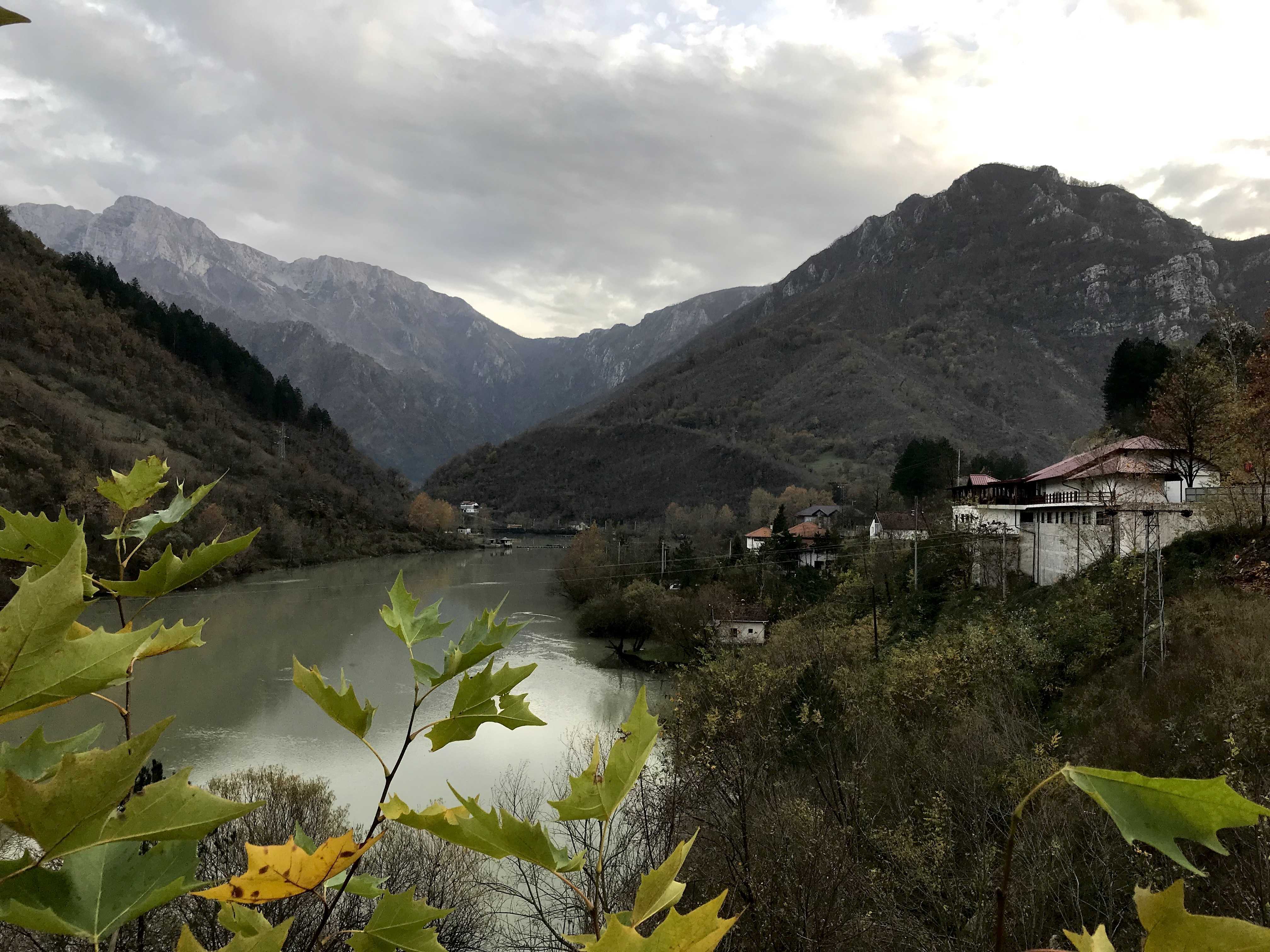 Sarajevo is calling: why to travel to Bosnia?

I could not answer the above question before my trip. There was a 4-day long weekend in November. The airfare prices grazed the starry skies, plus I didn’t want to take a day off for traveling. I thought it’s a good idea to explore one of the neighboring countries by car. But it had to be a special one, as it was going to be my 35th country and I was 35 years old. I started the jubilee journey with curiosity and excitement. From Budapest to Bosnia, there is a long and tiring journey. On the way there we stood for 1 hour and a half, while on the way back we were waiting 4 hours for the passport control at the Bosnian-Croatian border. Apart from this ‘little’ inconvenience, I strongly recommend that you should start exploring Bosnia by car. When you arrive in Bosnia and Herzegovina, you immediately feel the time has stopped here somewhere around the ’90s. I remembered nostalgic, fond memories of old cars and houses but the sight of depopulated villages, military graves, and cemeteries was a huge contrast to the beautiful landscape throughout the road heading to Sarajevo. Despite the depressing images and sad past, I have to say Bosnia is a beautiful country. It’s full of wild and unknown places to explore. It’s a bit like being part of a treasure hunt game. From one station to another there are a lot of surprises on the way. That is why I could not summarise in one post why to choose Bosnia. Therefore in this first blog post I show you my favorite attractions of Sarajevo and things to do in the capital city.

Upon arriving in the city, our first trip led us to the nearly 500-year-old Bascarsija Bazaar, the most important historical and cultural center of Sarajevo. This is where you can best feel the eastern nature and the pulsation of the city. The shops offer handicrafts, jewelry, and cashmere scarves, as well as hammam (traditional Turkish baths). Walking on the streets of the old city and bazaar, you feel like you’re in an exotic Arab country. The feeling is no coincidence since Bosnia has been under Turkish rule for nearly 400 years, which is felt in religion (about 40% of the total population is Muslim), culture, architecture, and food to this day.

Speaking of food, let’s stop for a moment because Bosnian gastronomy deserves a little detour. Our local host recommended the Nanina Kuhinja restaurant on a street in the bazaar. We tasted Bosnian dishes such as grape leaves stuffed with minced meat, Hadžijski ćevab, or goulash, which was crazed with cloves. Special, delicious dishes that evoke oriental cuisine, but they don’t have such strong seasoning.

It’s a must-see activity in the bazaar to drink a traditional Bosnian coffee. Compared to the Turkish version, the coffee grind is cooked three times in a special copper dish, then it is served on a tray accompanied by sugar and Turkish delight. I liked this ritual so much, I immediately bought a set of coffee cups for later.

The city of Sarajevo is divided by the Miljacka River and the coastline is connected by beautiful stone bridges. The most famous of them is the Latin Bridge, on which, Gavrilo Princip, a Serbian nationalist student, shot and killed Archduke Franz Ferdinand on 28 June 1914, heir to the Austro-Hungarian Empire. Technically, this assassination was the pretext later that World War I erupted. Next to the bridge, there is a museum to commemorate this. It is worth taking a walk along the banks of the river just before sunset when the lights are so beautiful.

Panorama over the city

The city is surrounded by numerous high mountains, which in 1984 served as the venue of the Winter Olympics in Sarajevo. In a slightly out-of-control area, you can find the Avaz Tower, the tallest building in all of Bosnia in its176 meters height. The twisted building looks quite strange next to the block and panel houses and serves as a lookout tower. When the weather is clear it’s worth going up there. Though clear weather is quite rare in autumn. There’s a lot of smog in the city, thanks to the big factories in the area. Alternatively, I recommend climbing up to the yellow fortress, which has a beautiful panoramic view of the city and you even don’t have to pay for it.

Next to the fortress, there is a ruined castle that once belonged to the Austro-Hungarian Empire. Unfortunately, it was almost completely bombed in the Bosnian war, but its exterior is still very impressive. The area is currently under military control, and with permission, we could take a walk around the building. They don’t let anyone inside because it’s dangerous.

In the old days, the government building of the Austro-Hungarian Empire was the yellow palace on the banks of the Miljacka River, built in neo-Moorish style. It was inaugurated in 1896 in the frame of a solemn ceremony. The war didn’t avoid this building sadly. It was significantly damaged and valuable books from the library were lost too. Today, in its original rebuilt form it plays the role of City Hall and from here you can join free walking city tours of Sarajevo. 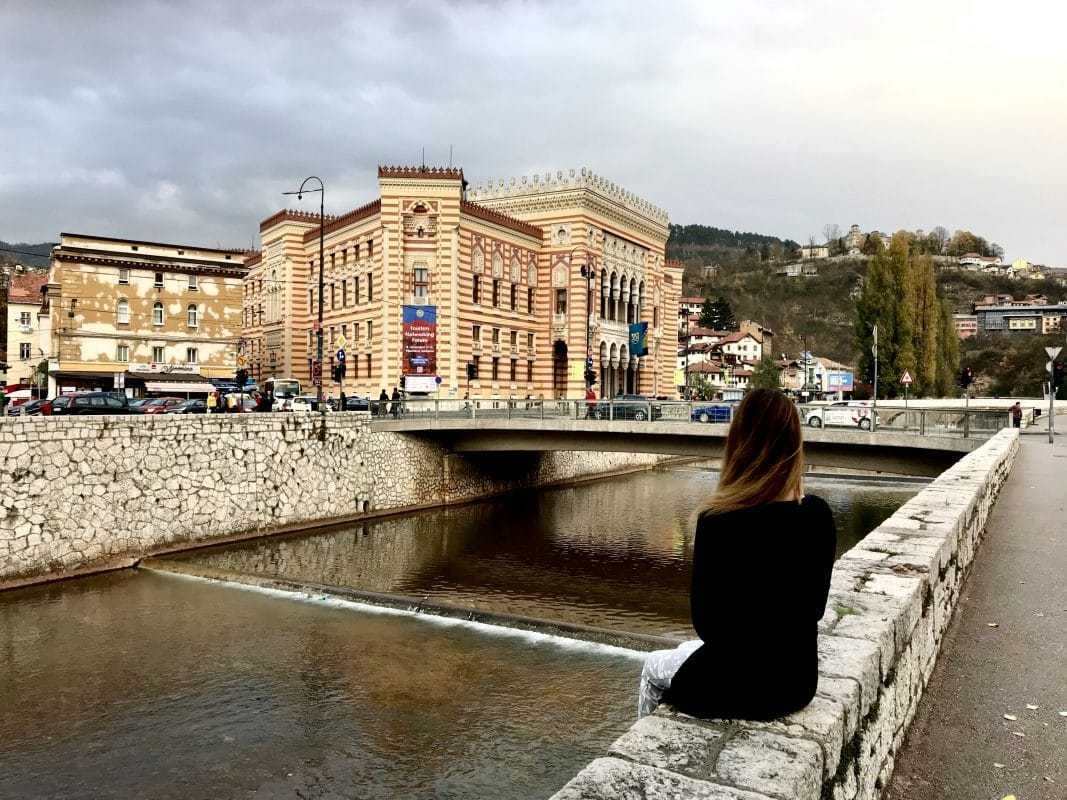 Sarajevo is a special place in terms of religion. It plays as the melting pot of the four world religions: Roman Catholic, Orthodox Christian, Muslim and Jewish. Accordingly, within a few hundred meters of the city, you can find at least one mosque and one Christian religious building. One of the most beautiful of the building is the Sacred Heart Cathedral, which was built in 1889, combining eclectic and neo-Gothic architectural features. Its interior is reminiscent of St. Mark’s Church in Venice with its colorful bricks, but its stained-glass windows are remarkable too.

Pope John Paul II visited Sarajevo and his commemorated statue stands in front of the building since 2014. It is a special gesture when we take into consideration that half of Sarajevo’s population is Muslim. No more than 200 meters from the Cathedral you will find the Serbian Orthodox Church, which like most religious places in Sarajevo, is open for tourists for an entrance ticket. The largest Orthodox church in the Balkan region was built in 1872 in neobyzanc and European baroque style. Its beautiful iconostasis and chandelier make it worth visiting and having a look inside. On weekends, small fairs are held in the square next to the church, where producers sell everything from honey to face creams. But you can also play a simple chess game with the locals.

It is hard to make a good photo of Gazi Husrev beg mosque, which is the holy site of Muslim believers in Sarajevo and stand in the middle of the Bascarsija bazaar. It can only be visited on a limited basis daily when there is no prayer. From inside, I am not convinced, it is the most beautiful mosque in Bosnia and Herzegovina. In Mostar the Koski Mehmed pasha mosque is nicer and you can even go up to its minaret. From outside, Gazi Husrev beg mosque is one of the masterpieces of Turkish architecture, along with the well in its courtyard, from where all Sarajevo inhabitants were supplied with water. 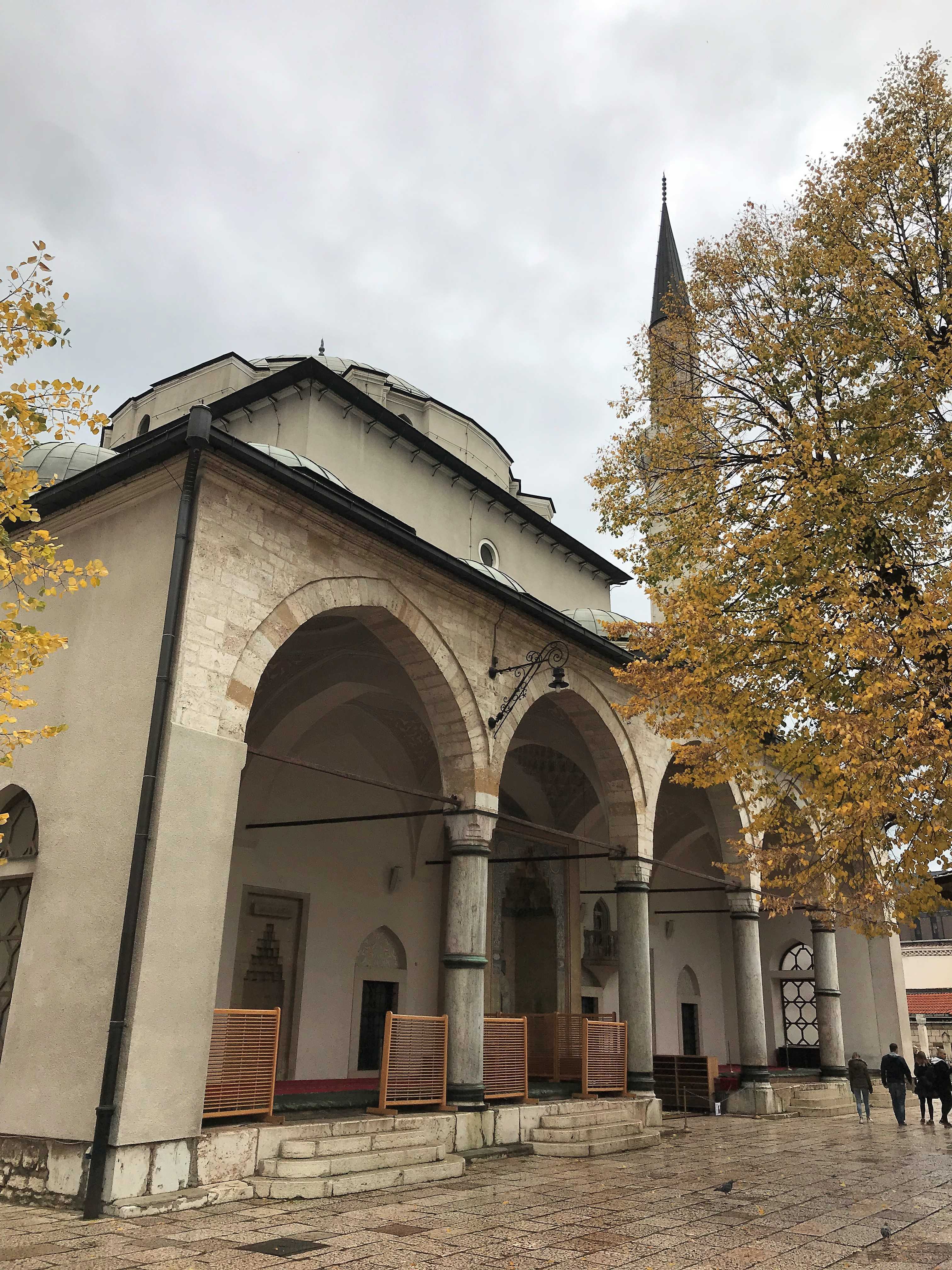 Next to the mosque is the Sahat-Kula clock tower, which always marks sunset at 12 o’clock, and the muwaqqit (clock master) is responsible for setting the time accurately every day. According to a legend, anyone who drinks from the water of the Sebilj well will return to Sarajevo once in his life. I trust the best, as the city have surely many more surprises. 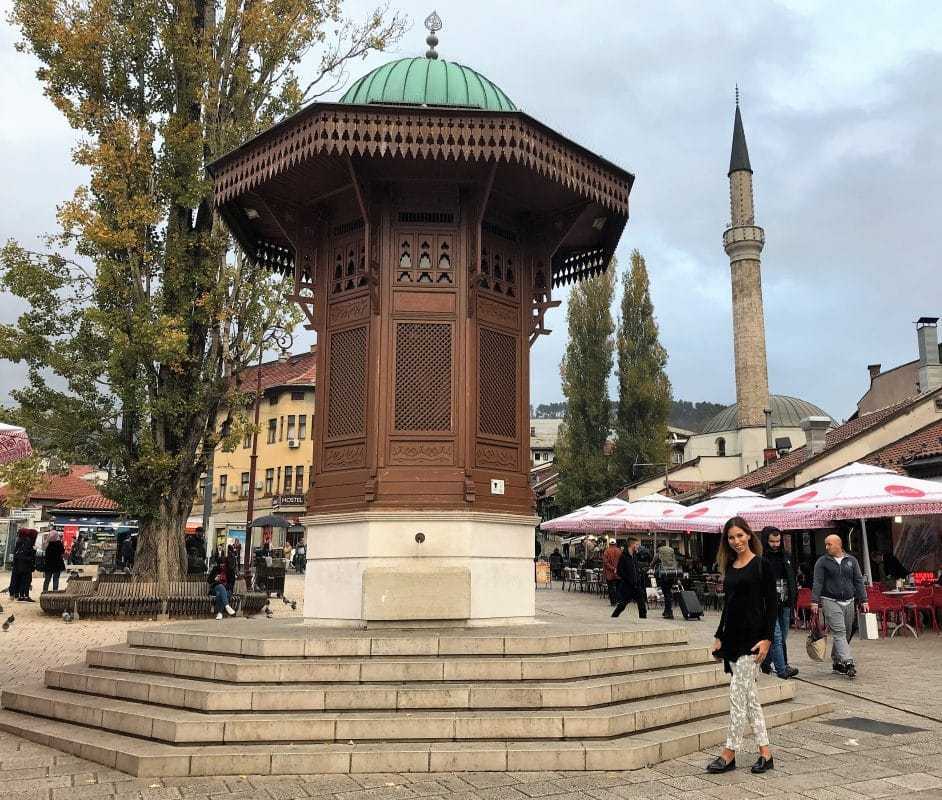