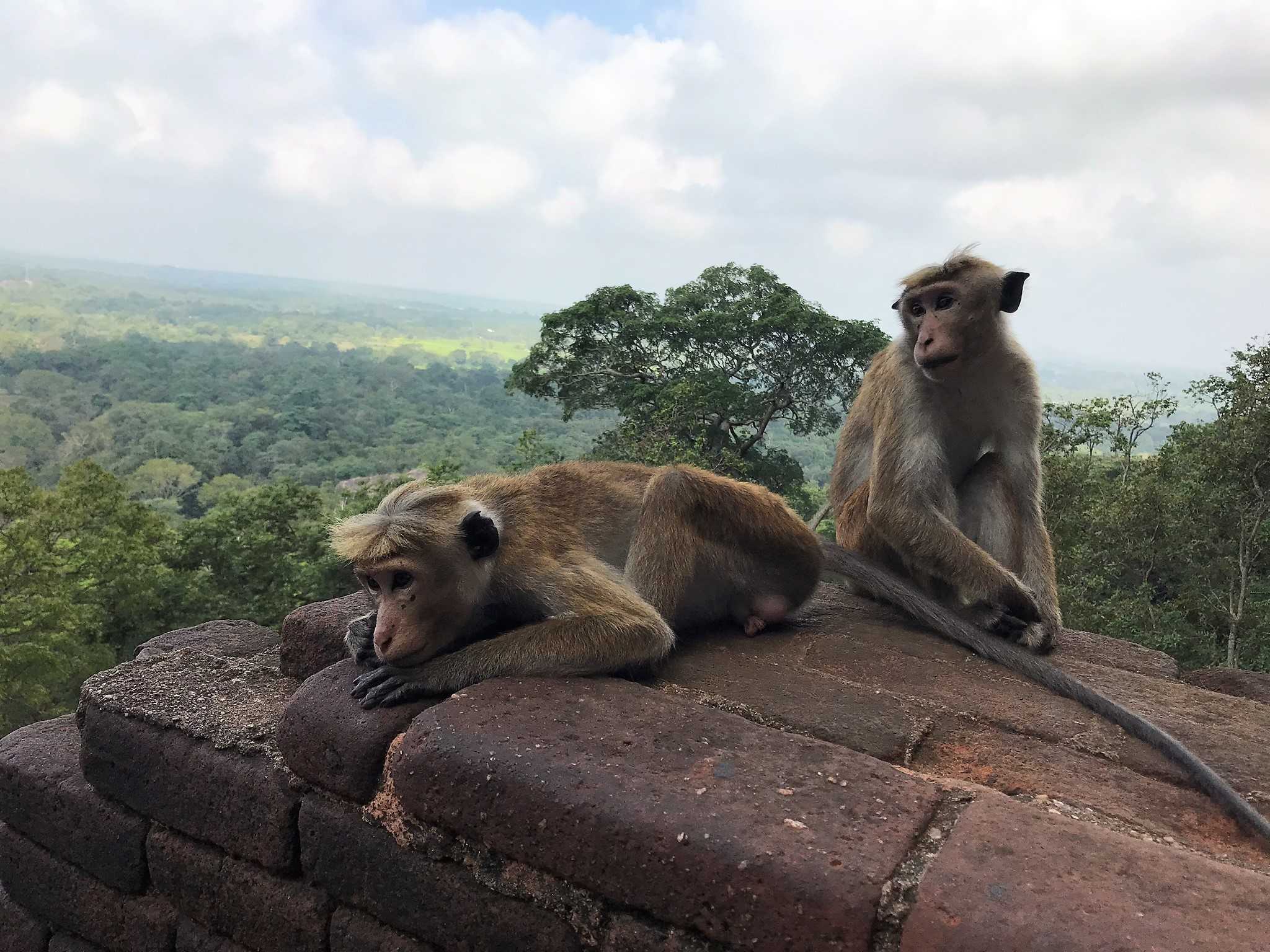 Sri Lanka is the pearl of the Indian Ocean and the tear of India. What makes this country so special and what world heritage sites can be found here? After diving in the Maldives, I spent five days on the island, which although was not a rest, as we went hundreds of km every day and slept elsewhere, but in return, I got to so many beautiful places.  Seeing the significant part of the island, I can safely say that the epithets mentioned in the introduction are far from exaggerated: Sri Lanka’s beauty, culture and wildlife are truly unique. If the name of the country, which means the shining island in Sanskr, would not be convincing enough, here are some reasons why it is worth visiting. After Africa Sri Lanka boasts the most diverse 26 national parks, countless rainforests, high mountains enveloping mist and several km of long sandy beaches. Sri Lanka embodies everything you need for an ideal holiday as a tourist.

However, the situation has not always been so peaceful and idyllic. Throughout history, Sri Lanka was colonized first by the Dutch, then by the Portuguese and finally by the English. Its independence and present name (formerly Ceylon) was only awarded in 1972. Ethnically, we are talking about a very heterogeneous country, where nearly 70% of the population is of Sinhalese and Buddhist religions and the other part is Tamil, sharing Hindu, Muslim, and Christian religions. Unfortunately, shortly after gaining independence, a 26-year civil war began, which only ended in 2009, killing an estimated 80,000 civilians. The country is now completely safe, but when you travel to Sri Lanka, it is strongly recommended not to talk about ethnic differences and affiliations during your stay. 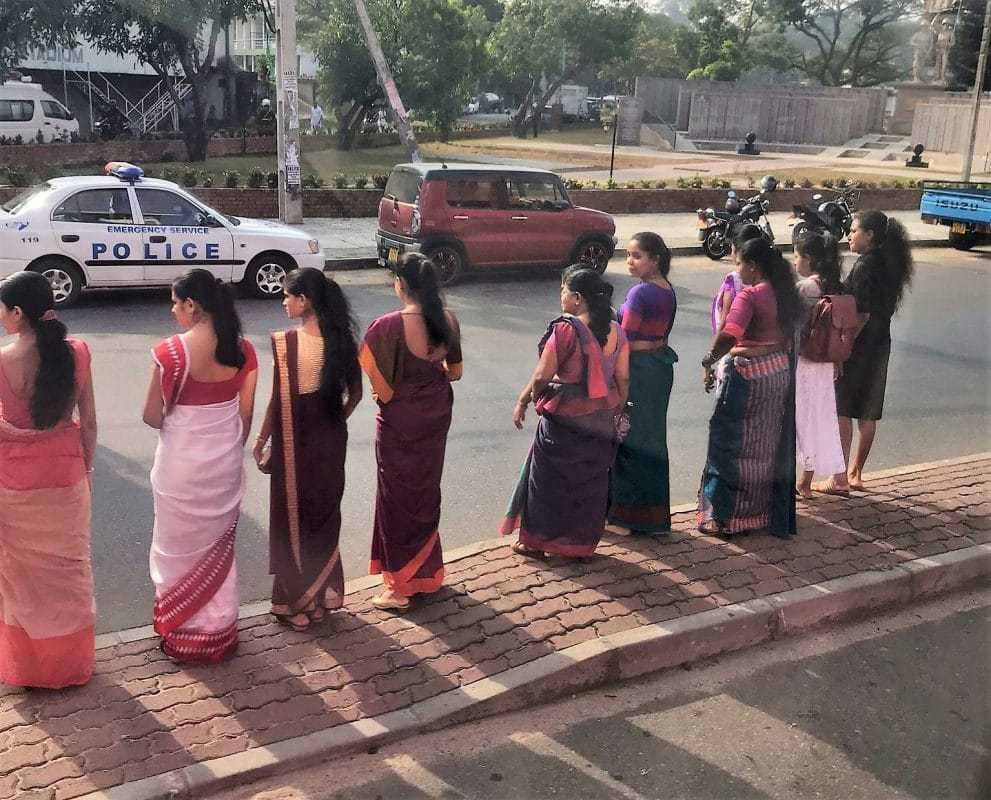 I have had the pleasure of visiting four of the eight UNESCO World Heritage sites in Sri Lanka in five days, which I think is not a bad performance. I visited many places that are not listed as world heritage sites but gave a memorable experience forever. Like Minneriya National Park, where we saw wild elephants on a jeep safari tour. Or walking through on1800 meters at Nuwara Eliya’s legendary “Ceylon” tea plantations, about which I will share a separate story.  But in the meantime, until it’s finished, please accept my read my article about World Heritage Sites of Sri Lanka.

When I arrived in the country, one of my most interesting insights was how much faith is part of people’s everyday lives. Buddha statues are treading along the way, next to flowers, water-filled stone pots of plants. As we approach Dambulla, women wearing a beautiful sari on both sides of the busy road waited to cross the road between tuk-tuks. We passed many schools where we saw children dressed in uniform and with bright eyes on the side of the road, heading for classes. It’s a very different but captivating world from ours. Speaking of intercultural differences, I think it’s important to remember that we shouldn’t take pictures in front of a Buddha statue or selfies because it’s a huge disrespect to anyone in the country. In a holy place such as Dambulla, religious regulations, even more, must be adhered to: you can enter the temples only by barefoot, shoulders and the shins must be covered. You can borrow a shawl (shank) on the spot if needed.

The history of Dambulla’s Rock Temples dates to 2700 BC, when ancestors used the caves carved into the rock as burial sites.  Later, these five caves became sacred shrines and their walls were filled with beautiful Buddha frescoes, stupas and statues. There are currently 150 different depictions of Buddha in the rock temple of Dambulla, including a monumental lying Buddha statue of 14 meters. Walking along the 300-degree staircase leading to the temple, we passed the Golden Temple, a relatively modern building, but it belongs also to the UNESCO World Heritage Sites, along with the shrines in the rock since 1991.

Kandy’s name comes from the English word candy, and it was the seat of the last Sri Lankan kings. The city is a very special relic keeper, and by virtue of this role, it has become a World Heritage Site. Here lies the tooth of the Buddha as a relic, which was smuggled in the 4th century during a cruise from India to Sri Lanka. The tooth, in addition to being from Buddha, has also big importance. According to the ancient saying, whoever owns the tooth has the right to control the whole island. That is the reason why old kings put their headquarters here, close to the sacred tooth. Unfortunately, the church has been assassinated several times. The last time the building was severely damaged was in 1998.

As a result, it is possible to enter the temple with extraordinary security preparations and the relic itself is kept out of the reach of visitors. Once a year, during the Kandy Festival, the tooth is brought out of the building and taken around the city in a spectacular celebration. The festival is considered not only by Sri Lanka but also by one of the world’s largest Buddhist events.

In a country like Sri Lanka, where Buddhist rites are part of everyday life, regular tributes and symbolic offerings to the Buddha are extremely important. Every day, thousands of believers make pilgrimages at the temples to pay their respects to Buddha and place lotus or jasmine flowers in front of the shrine of the tooth. Symbolic offerings, such as placement of flowers, drinks, water at the foot of the saint, result in rebirth in a more favorable form according to the Buddhist faith. I waited several hours queuing, while next to me on the floor, a group of people dressed in white just meditated with a great passion. I would like to believe that we do not only live once and that our souls can be part of the cycle of existence more than once.

Inside the island, there are also two ancient cities, which are World Heritage and still active archaeological sites. One is Anuradhapura, the other is Polonnaruwa. Unfortunately, due to a lack of time, we were only able to visit the latter. During a half-day tour, we gained an insight into the everyday life of the ancient royal city and admired the priceless buildings that survived the past 800 years of trials.

There is not much left of the multi-story royal palace, but the 13-meter-high walls, which included more than 50 rooms, offers still a pretty impressive view. According to archaeological research, the building once included seven levels, where the daily life of the Kings of Sri Lanka took place. It’s amazing that without machines, how mankind could create buildings like this, right?

The boardroom is a very nice part of the building complex. Its side is decorated with beautiful elephant carvings, and at the top of the staircase, two lions wait for people coming to the king with their various requests. The pool, lined with crocodile gargoyles, whose green waters don’t really entice you to bathe, is a very captivating sight among the lush vegetation of the park. At the time, these basins served as reservoirs and ensured that during the drier season the rice fields had sufficient water and thus enough food.

Within the territory of the sacred rectangle there are old shrines and temples, which exemplify how important religion was in people’s lives centuries ago. Among the shrines, an 18-meter-diameter building, Vatadaga, is quite intact and can be visited barefoot only. At the top of the four flights of stairs, four Buddha statues turn to the four directions. In front of the statues, as elsewhere in the country, you can find fresh jasmine and lotus flowers. There are also several Buddha statues in the park area, including Gal Vihara, where a monumental (7-14 m) statue of Buddha was carved from a single boulder in a meditating, standing and lying position.

The city of Polonnaruwa was once in the middle of the jungle, which it’s so unique that the whole complex retained to this day. Walking among the ruins and huge trees, I met a lot of lemurs and cows. I almost had a feeling that the animals had taken control of the once-legendary city.

Sigiriya, where the rocks reach the sky

There was once – 1,500 years ago – a king named Kasyapa, who had seized power by dubious means. His father was imprisoned and executed, he stole the rightful claim from his brother to the throne only to become king for 22 years. In fact, if Kasyapa had not been so ambitious, we would not be able to admire the magnificent palace built at his behest on the 200m high cliffs of Sigiriya. Today it’s one of Sri Lanka’s most visited UNESCO World Heritage Sites.

Approaching the fort, also known as Lion Rock, the road leads through several pools, which, like Polonnaruwa, were used for watering and bathing the rice fields. Today, crocodiles sunbathe on its shores, so beware of splashing, no matter how tempting it may seem in the heat to cool off.

The road to the top of the cliff leads through 1,200 stairs was quite challenging for me as I have fear of heights. After the antique staircase, you have to go up the platform built to the side of the rock, where there is a railing, but everything is open and you can feel the depth under your feet. Fortunately, the staircase is divided by a beautiful cave, decorated with colorful frescoes of women from Sigiriya. No photography in the cave is allowed unless you wish to avoid a dispute with marcona guards. So I can only give an example of how beautiful these paintings are with help of images from the Internet.

Fortunately, it is possible to rest – let’s say after the 800. staircase – on a larger terrace, where the name of the lion rock makes sense. The stairwell continues between two huge lion claws. Every sweat and aching knee pay off as soon as you see the panorama from above. In fact, I wouldn’t even comment much on the following images, because they speak for themselves: the water garden, the colors, the remnants of the walls of the former fort, the vast forest surrounding the rock. On my way down, I pass by the mirror wall, which is said to have once been polished so smoothly that the emperor saw his own reflection on its surface. This old glamour is a thing of the past, but when I look inside, I see myself returning to Sri Lanka and spending more time exploring the visible and invisible parts of the country. 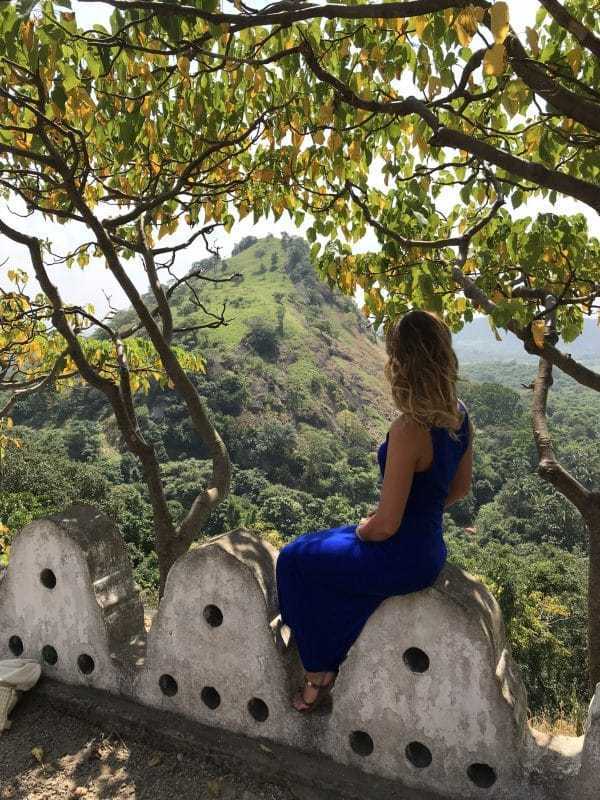