The most beautiful castles in Zemplén

In northern Hungary, and in general near the borders, you inevitably stumble upon castles. I remember when I was in school, it wasn’t a year and a class trip without at least one castle on the way.  After all, who wouldn’t have played with the idea that she is the princess of the castle, just waiting to get her long hair down from the tower. Or a brave prince who fights the dragon for the graces of the lady he’s trying to marry.

Fortunately, the fortifications of the former end castle system have stood the test of time, and today they watch not the enemy from the top of the hills but welcome those who want to go on excursions. After the hidden natural treasures of the northern region (I wrote about this here), I went after the most beautiful castles of Zemplén, which I brought in the form of a blog post along with five great trip ideas.

It is not only the Zemplén Mountain’s but also Hungary’s most extraordinary castle. The elongation running down reminds me of most of the Great Wall of China, although I have not had the pleasure of meeting the original version. Boldogkő Castle was built after the Mongol invasion to protect the Valley of Hernád river, but it never played a significant military role.

The building has survived difficult times and has changed hands. Its last owner was Imre Thököly, after which the Habsburgs destroyed the castle, and for many centuries it remained fallow. Archaeological excavations began in the 1960s and the castle was restored in its still visible form in 2003.

The irregularly shaped Boldogkő Castle offers visitors a lot of interesting things, such as the tin soldier exhibition of 1,000 soldiers, a medieval smelter in which bronze was produced, and several smaller themed exhibitions, such as a flag and local history exhibitions. The building, consisting of the lower and upper castles, also has a dry mill, which illustrates how cereal products used to be milled. They were beaten five and a half meters deep in the depths of the castle, while the water was stored in a 26-meter-deep cistern, which also functioned as a well for the village. 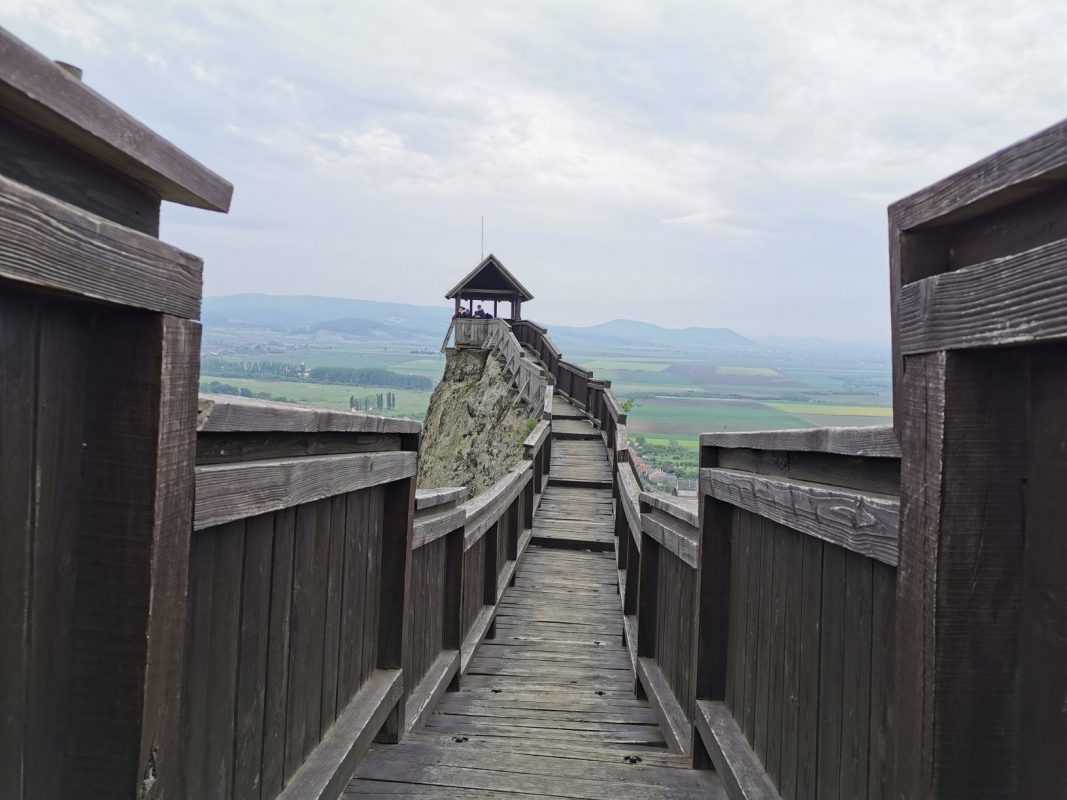 The oldest part of the castle is the five-story old tower, while the most impressive is the Lion’s Rock. The latter is a guard at the end of the castle wall, with a sensational view of both the castle and the Aranyos Valley. At the bottom of Boldogkő Castle, do not miss the wine bar in the cellar of the castle, which commemorates Bálint Balassi. Our famous poet often guested in Boldogkő, where he also wrote his poem For Wine Drinkers.

This is one of the few castles built before the Mongolian invasion. Archaeologists and historians agree that it was built sometime in the early 13th century by the branch of the genus Aba. András II made it a royal castle, and later a loyalty estate, which was given by the Anjou and later by the Luxembourgers as a gift to the loyal possessive families living in Zemplén. Its most famous owner was the Perényi family, who received the Castle of Füzér in 1389 and dominated it until 1567. Interestingly, the castle was never the seat of the family, but rather served representative purposes. 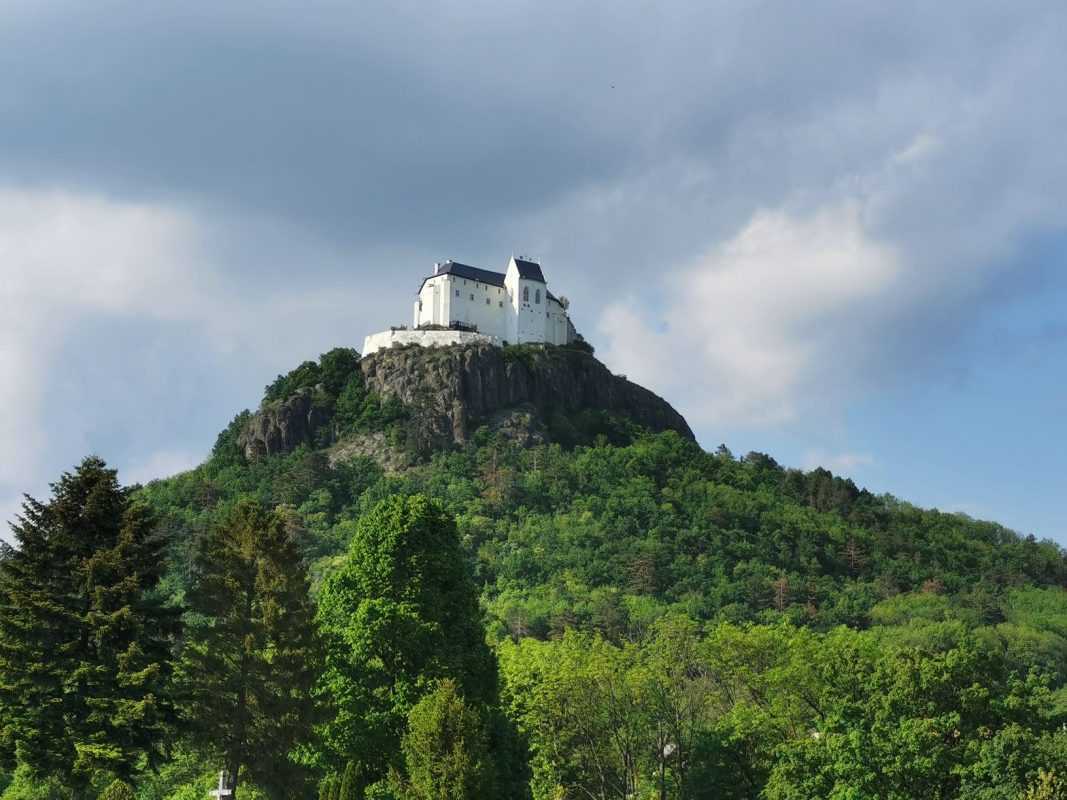 The Perényi family continued to expand the fortification, first in Gothic and later Renaissance style and they stored their valuable assets here. Füzér Castle was not only the treasure throve of the Perényi family, but also of the whole country. After the Battle of Mohács, the Holy Crown was preserved here for a while, the place of which can still be seen in the exhibition hall. But the famous portrait of Gábor Báthory, prince of Transylvania, also hung on the wall of the castle for a while. 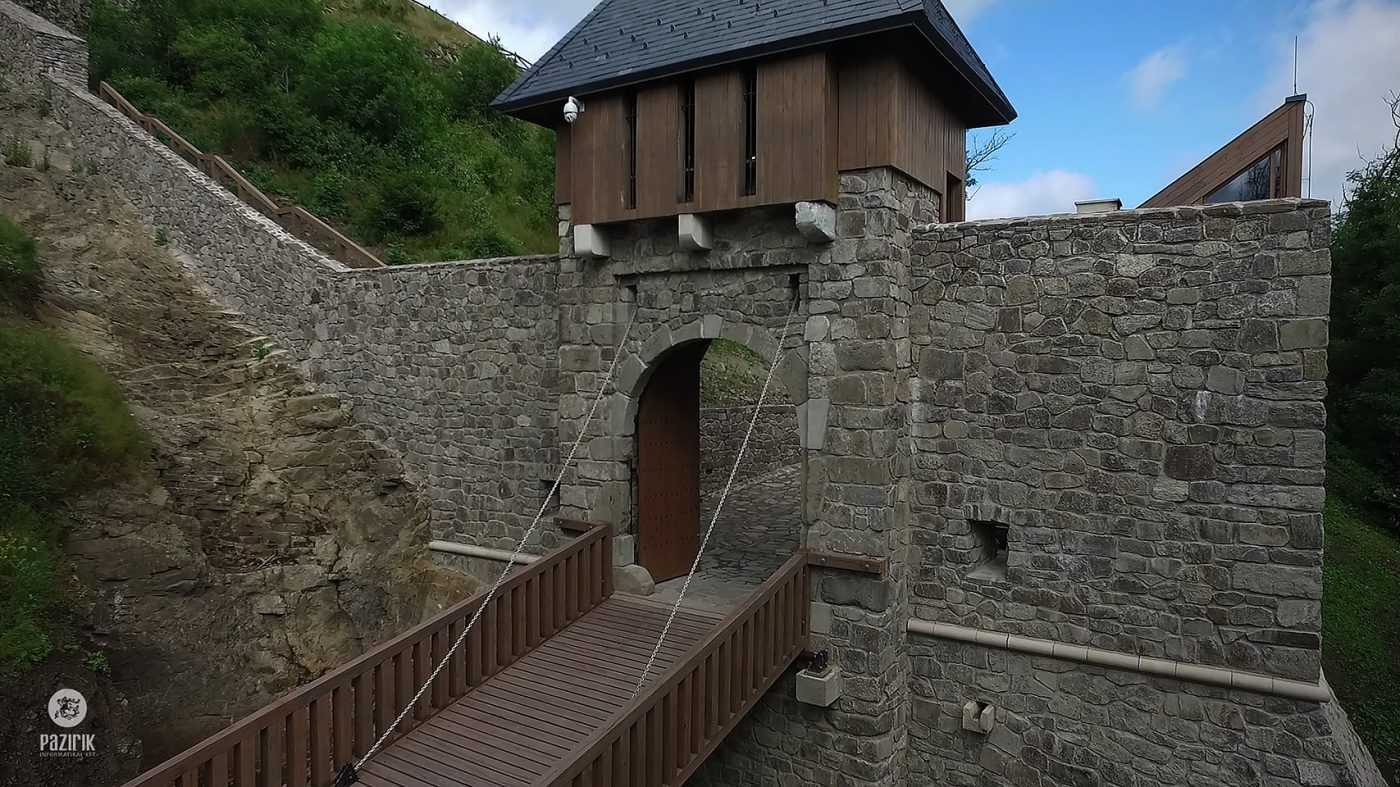 Today, the castle on the volcanic cone is the most spectacular and beautiful fortress in Hungary and belongs to the seven natural wonders of the country. Its snow-white walls are already lit from afar as you approach the village, but its entrance can only be reached on foot by hiking up the hill of a 170-meter elevation. When you are up, let’s go explore the fully renovated and richly furnished castle. The most valuable part of Füzér Castle is the chapel, in which you can see some original. But the castle kitchen, the men’s and women’s palace wings are spectacular too. Let’s stop on the terraces of the upper castle and enjoy the panorama of the Great Milic and the many forests of Zemplén Mountain.

One of the most famous and late Renaissance architecture in Hungary is the Rákóczi Castle in Sárospatak. The fortification was built in the 1530s after the Battle of Mohács, and its golden age was followed after the marriage of György Rákóczi I and Zsuzsanna Lorántffy. The Lorántffy-loggia, which is an outstanding work of Hungarian Renaissance architecture, was built during the nearly 100-year-old Rákóczi period. 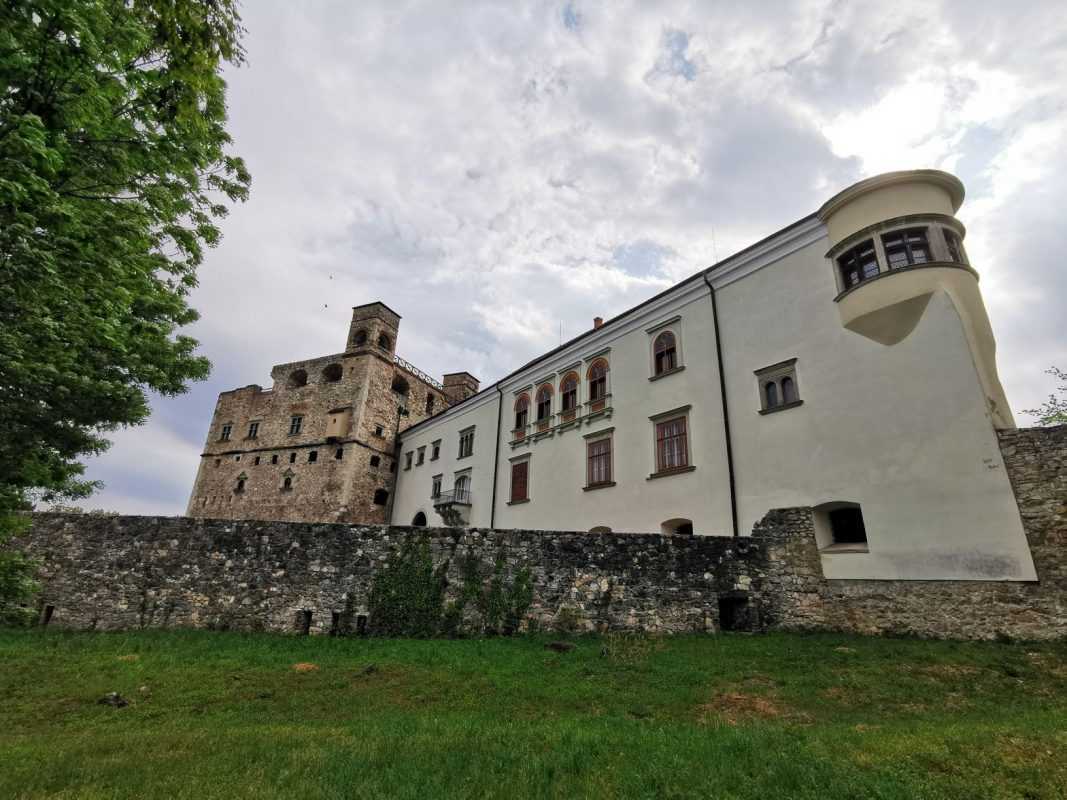 The Turks did not break up this castle, thanks to which the oldest part, the Red Tower, remained in beautiful condition to this day. After the Kuruc war of independence, the castle could not avoid its fate. Ferenc Rákóczi II held his last famous serf liberation parliament here in 1708, but after that, the building took Austrian hands. Most of the outer castle was blown up, and its stones were carried away by the population to build apartments from them. 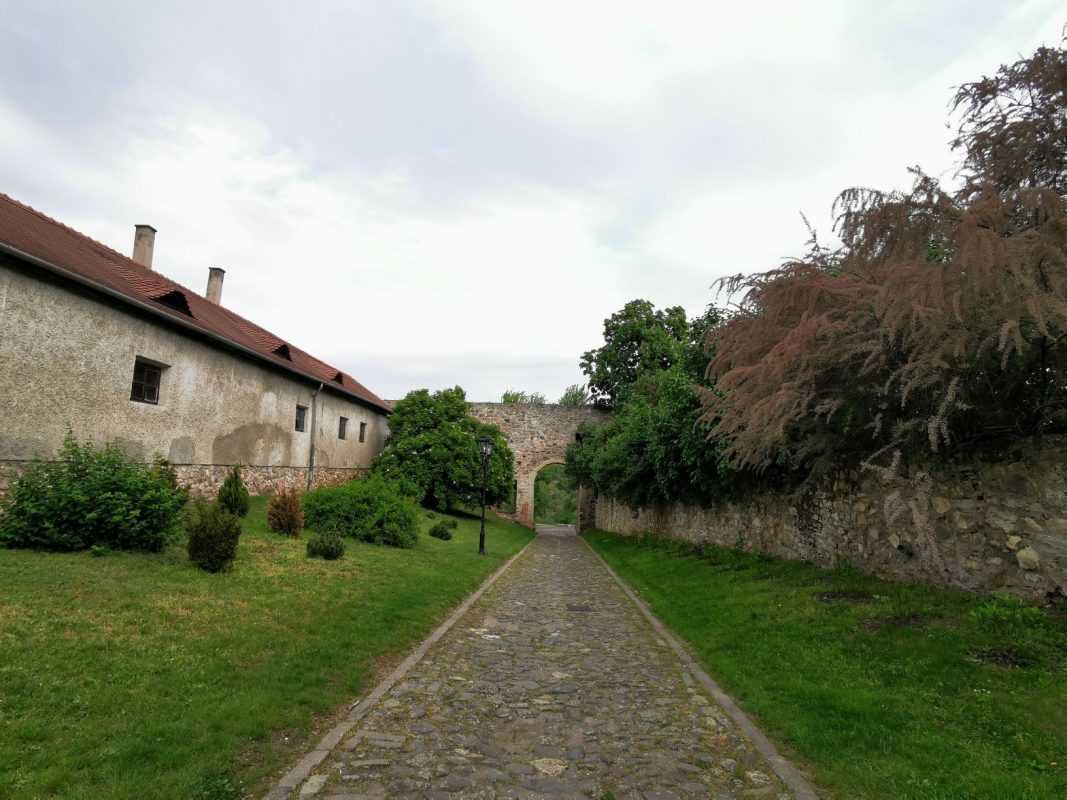 Fortunately, the castle lying on the Bodrog coast has now been completely renovated, which, with its rich collection, has become the most important tourist attraction in the area. The exhibition halls of the castle are decorated with furniture and everyday tools from the era of Rákóczi, which allows us to imagine what the life of the richest family in the country must have been like. For those interested in history, the Rákóczi Castle is a real gem, the details of which speak: the 16th-century “Sub-Rosa balcony”, the secret meeting room of the Wesselényi conspiracy, the former cannon-pouring workshop, the Italian bastion and finally the dungeon. Let’s take a big walk in the garden of the castle, where a 190-year-old Japanese acacia dominates the skyline, and then go down to Bodrog river through the Water Gate, from where the most beautiful panorama opens to the castle. 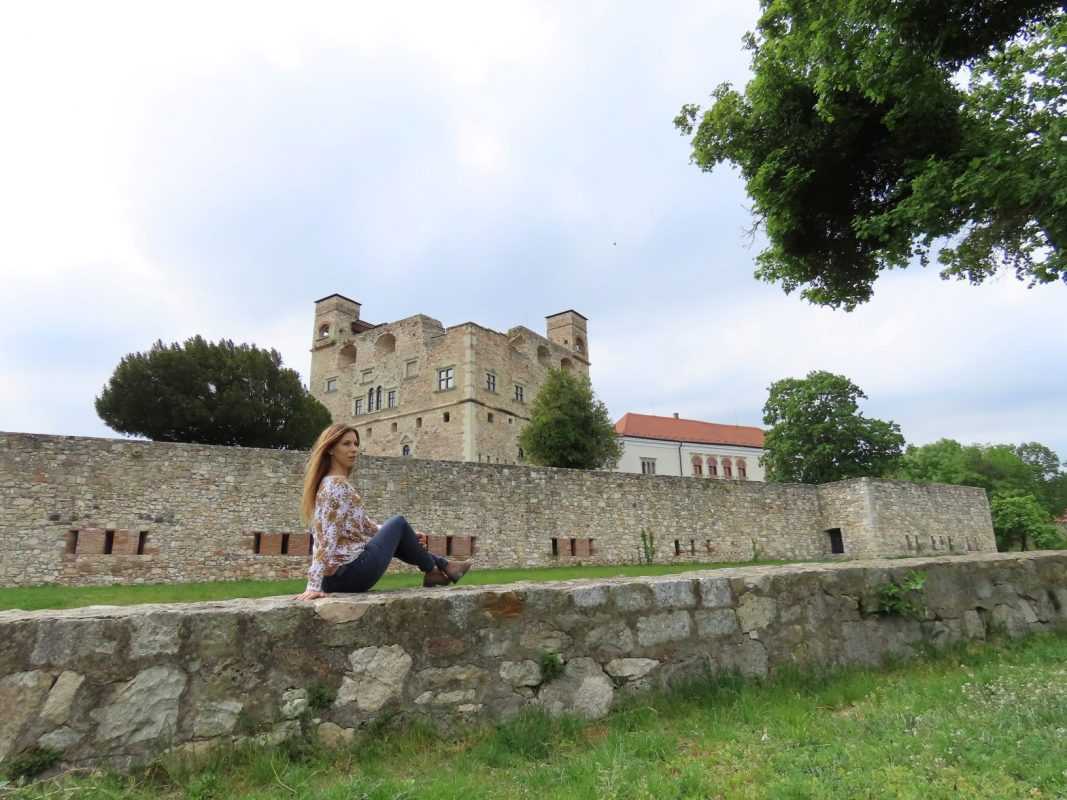 Speaking of the Rákóczi family, let’s continue the way to the 639 m high Castle Hill, at the top of which the Regéc Castle peaks. Ferenc Rákóczi II spent his childhood years in a fortified fortress after the Mongolian invasion, along with his mother, Illona Zrínyi, until they moved to Munkács. Regéc Castle played an important role in the Kuruc uprising, it is no coincidence that the Austrian imperial troops were preparing with great force for its siege. After the entry in 1686, the building was almost completely destroyed, only a few parts remained unscathed.

The castle, which is currently under renovation, can be reached by a 30-40-minute forest walk, easiest from the village of Regéc, but it is well worth going up to the top of the mountain for it. The four-story Old Tower features a special multimedia exhibition, while from the top of the tower you can enjoy a fantastic 360-degree panorama. Walk to the northern bastion of the castle, below which lies a 30-meter-long cave where food and water were once stored.

When you are wandering in Zemplén, you can’t leave out the Szerencs Castle, although most people think of the chocolate factory after hearing the name of the city. However, Szerencs, also called the Gate of Hegyalja, is home to a late Renaissance-style Rákóczi Castle, which is also the youngest castle in the region.  Originally built as a Benedictine monastery, the castle lived its flowering age during Zsigmond Rákóczi. To me, this castle seemed more like a residential building at first sight. In one part of the building, there is a tourist hotel, while on the other there is an exhibition of the Zemplén Museum.

A beautiful Renaissance stone staircase leads to the museum’s special collection, the nearly one million-piece postcard collection, which is the castle’s most valuable intangible heritage. And the sweetest is undoubtedly the chocolate history exhibition, which commemorates the sugar and chocolate factory. Take a walk in the castle garden, which is in the embrace of the charming lake, nibble on a delicious Szerencs chocolate, and then make a splash in the beautiful spa of the city.