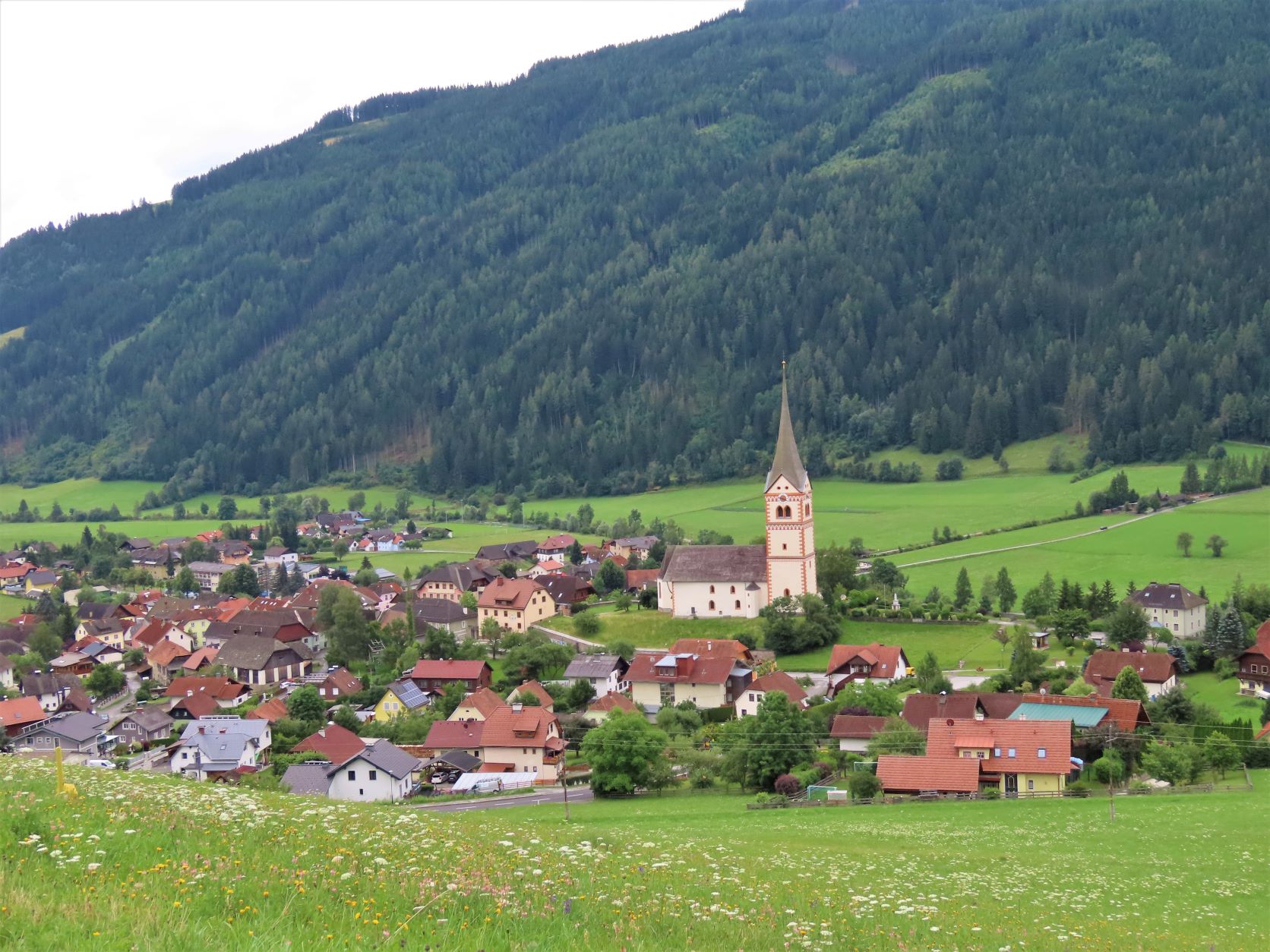 Summer hiking in Lachtal: the green heart of Austria and Styria

My relationship with the Austrian Alps has so far been limited to snow-capped mountains, sparkling sunshine, fresh air and skiing. I have always been to Austria in wintertime, as I did recently in Hallstatt (read my blog post HERE). However this year I ended up in Lachtal, at the most famous ski resort in Styria, in search of relief from the hot summer days. 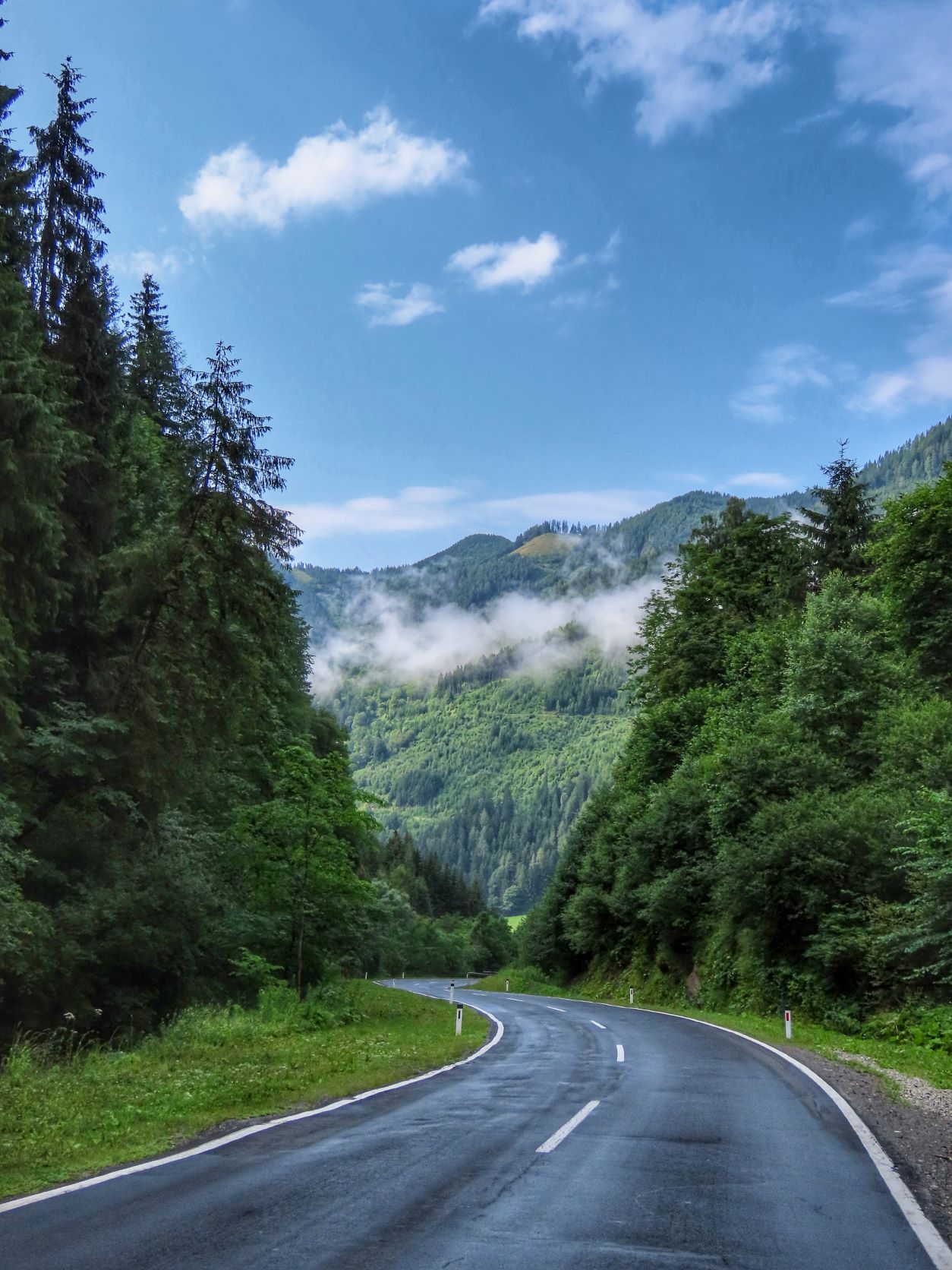 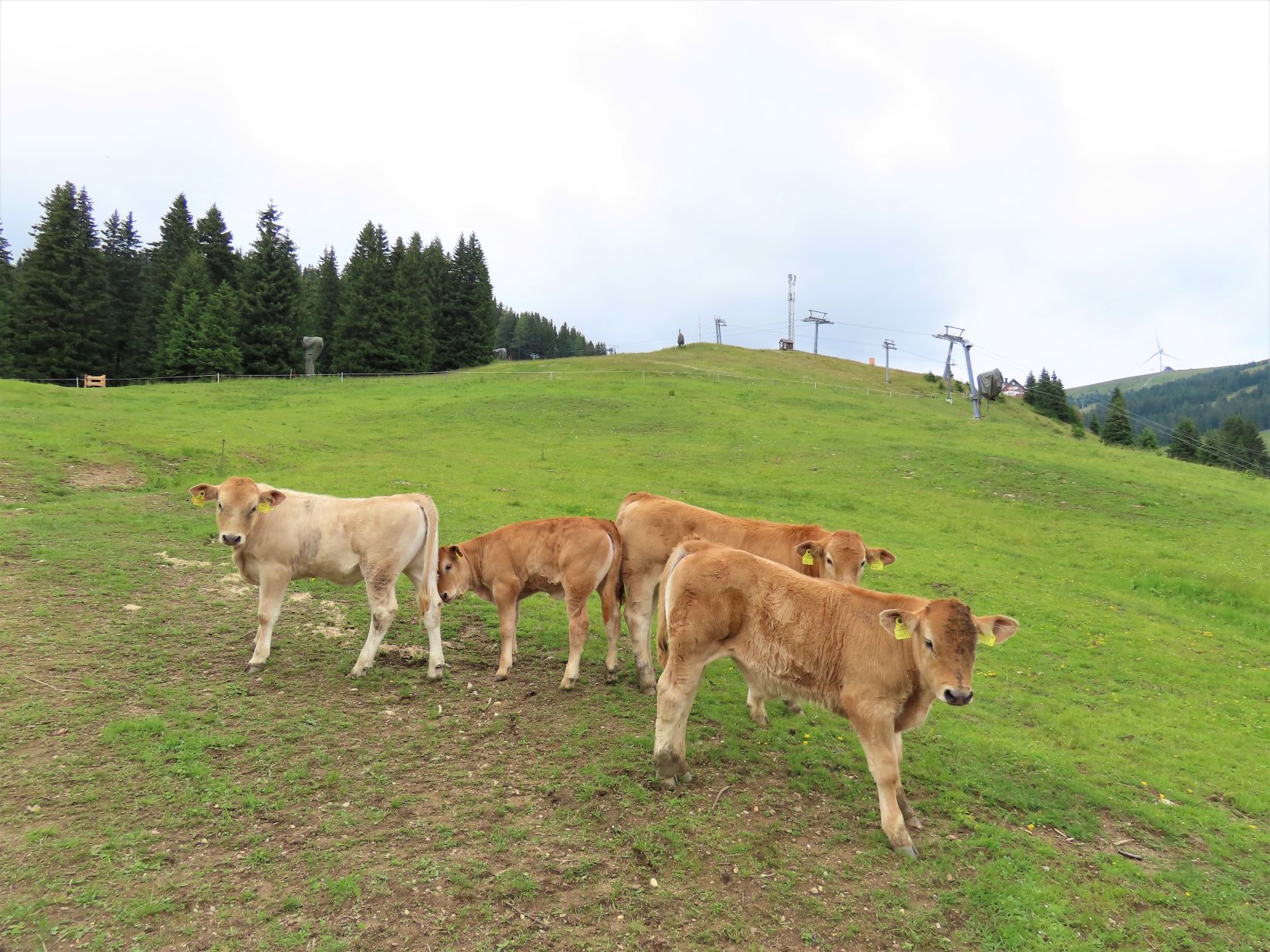 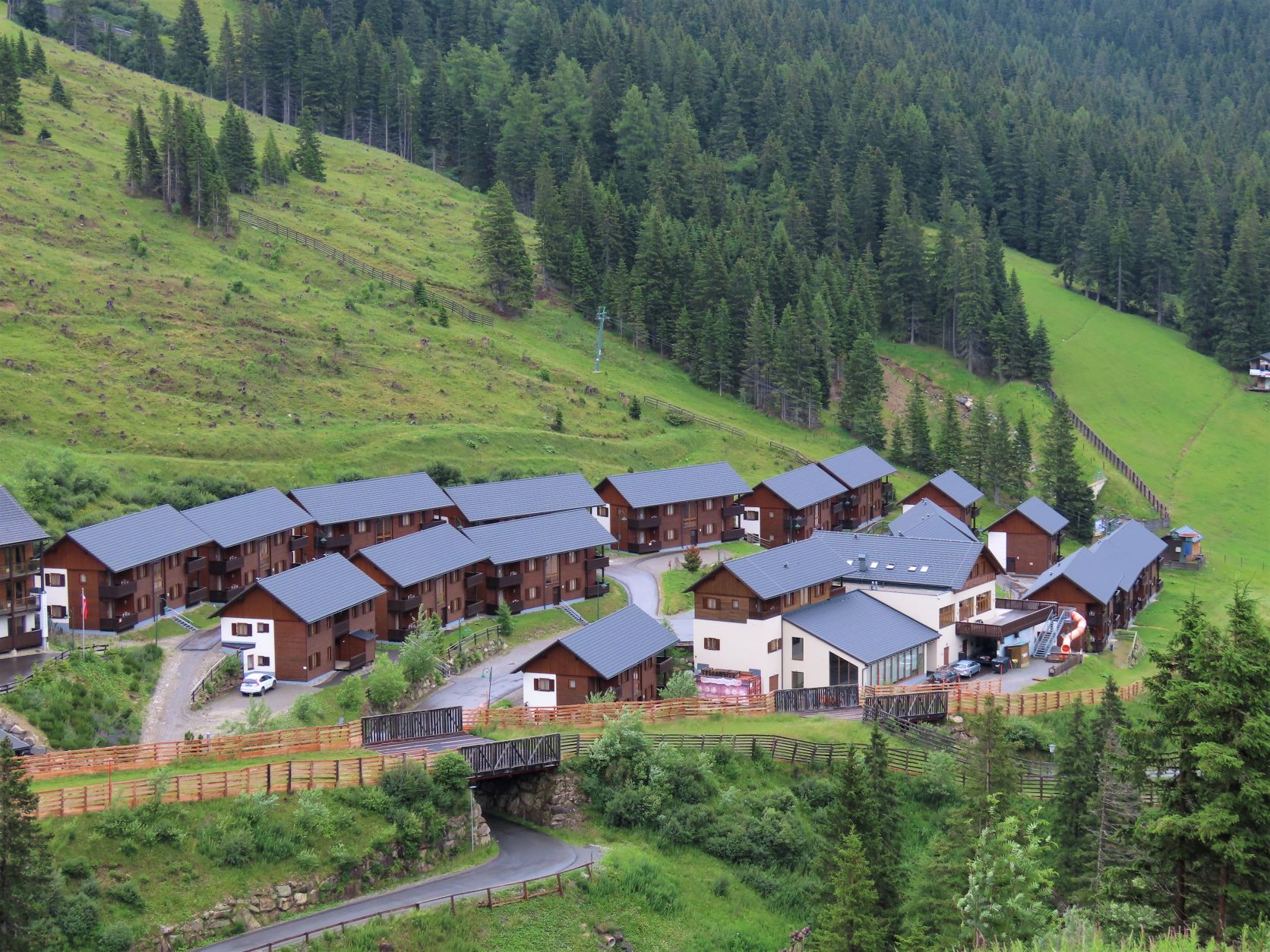 In hindsight, I really do not understand how Austria has been left out of the summer destinations so far. The mountain lakes, the all-encompassing green mountains, the fragrant Alpine air, and the heartfelt hospitality are separately, but together are a guarantee of a perfect and relaxing holiday. Here is my trip and program guide from Lachtal and its surroundings, where I spent a long weekend in summer. 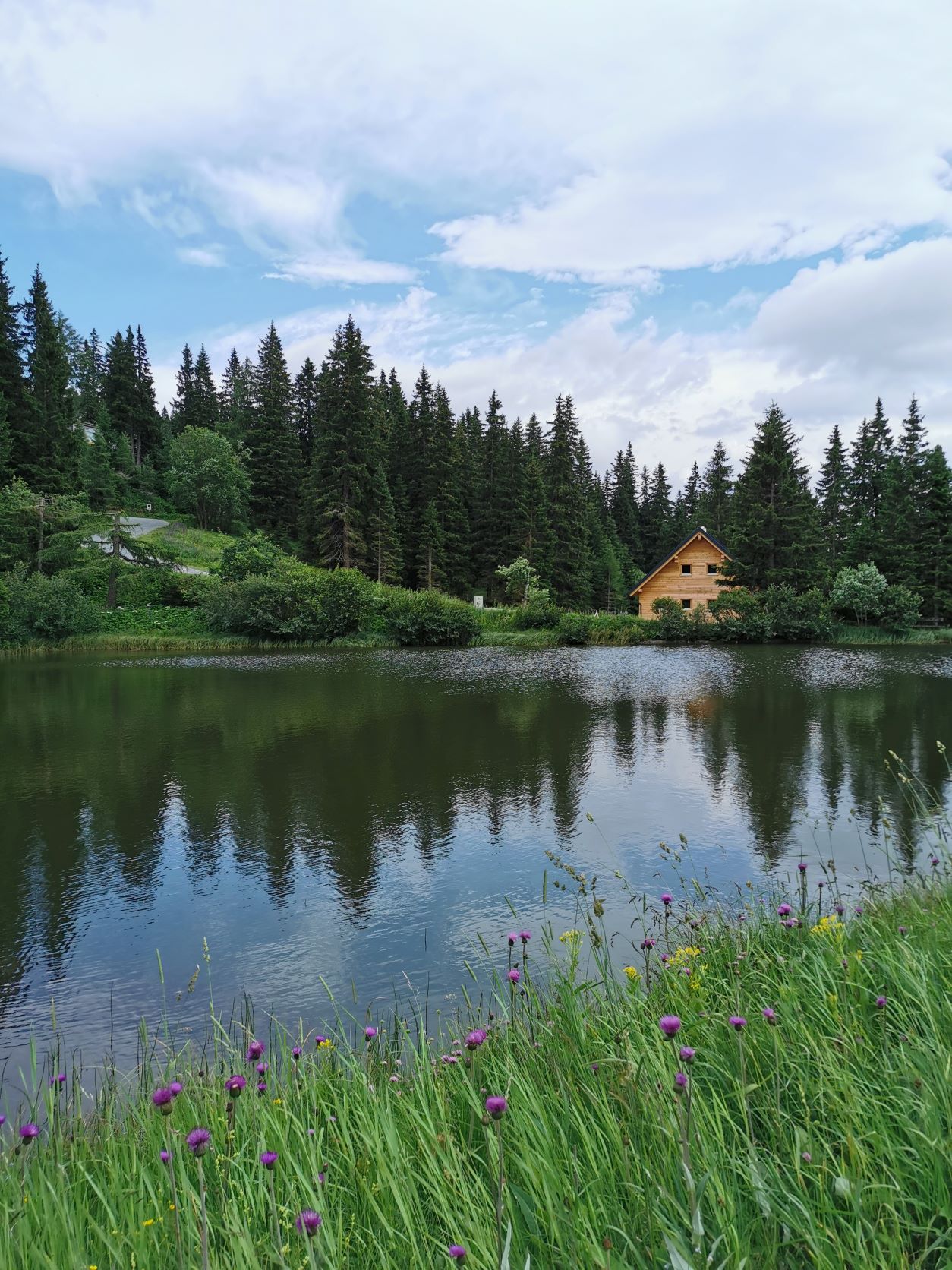 Styria and Lachtal: why you should come here?

The first inviting thing is that Styria is referred to as the green heart of Austria, which is not a coincidence. Almost 60% of the region -16,000 km2 – is covered with dense forest, including pine trees, which, together with the mountains that rise towards 2000m and the many cows grazing in the meadows, will surely give a fairytale sight. 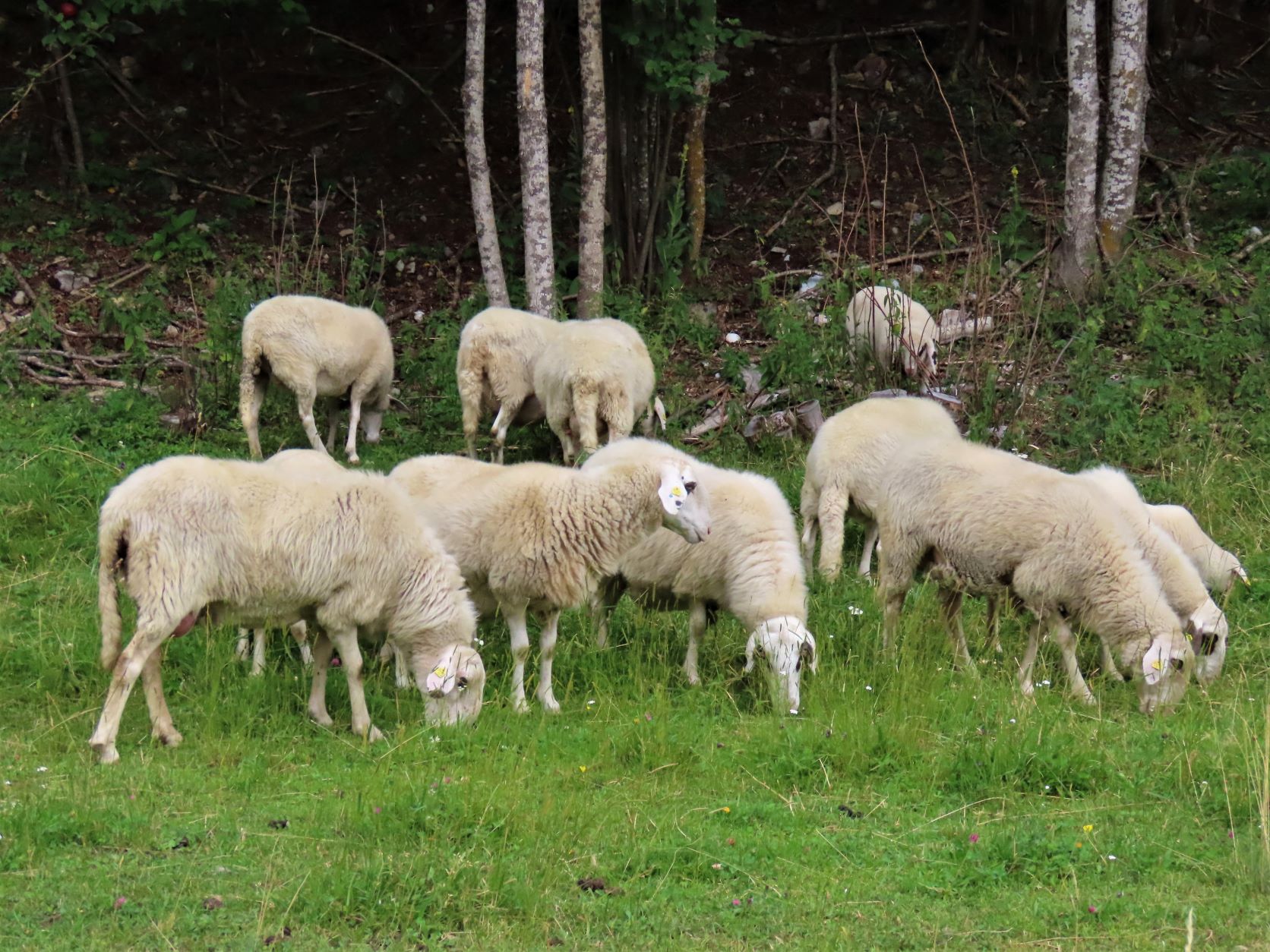 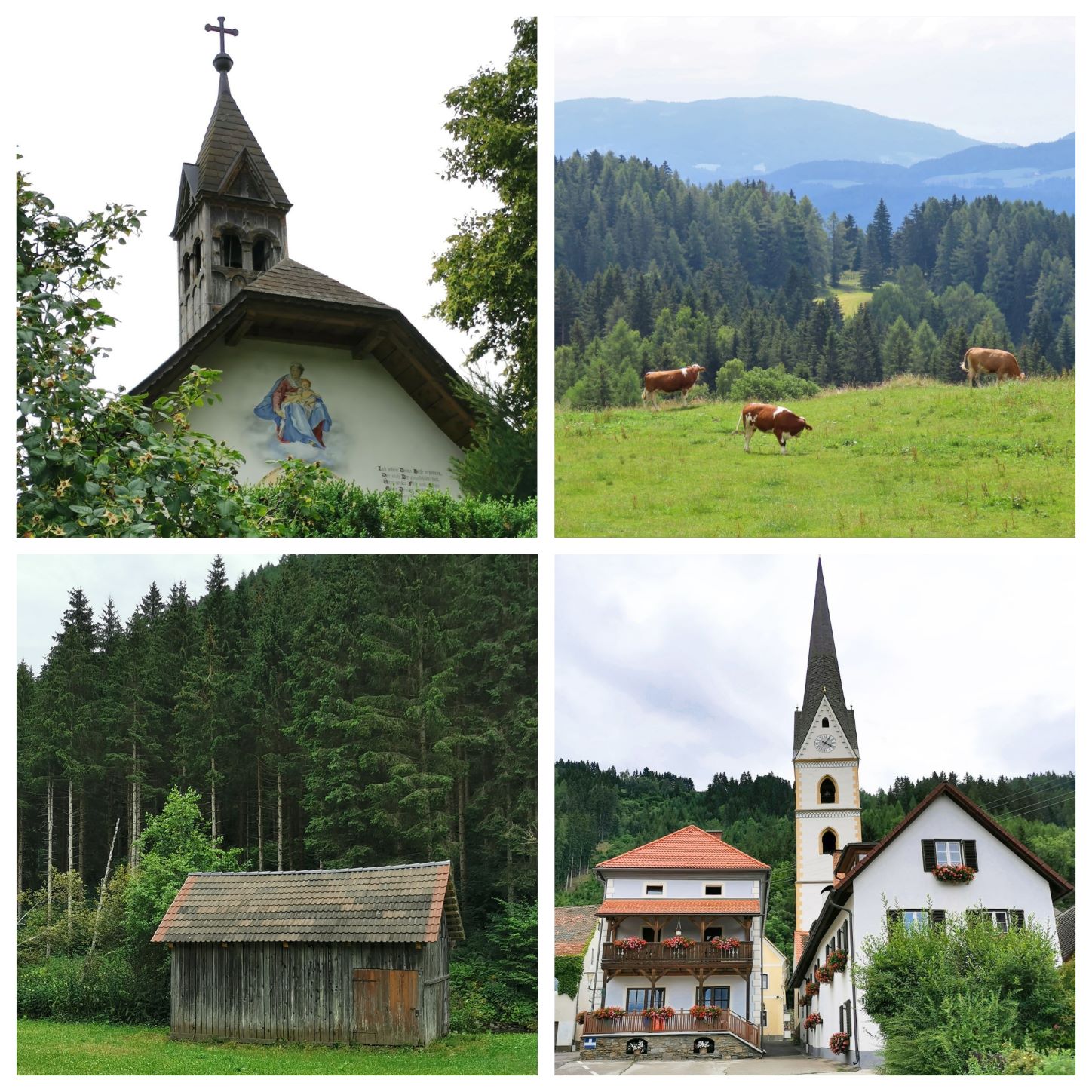 On the other hand, Lachtal is just a 4.5-hour drive from Budapest, and Hungarian is spoken at many places. For me, as an experienced traveler, this is not a problem. But I know that many people are discouraged from traveling abroad independently because they do not speak a foreign language. 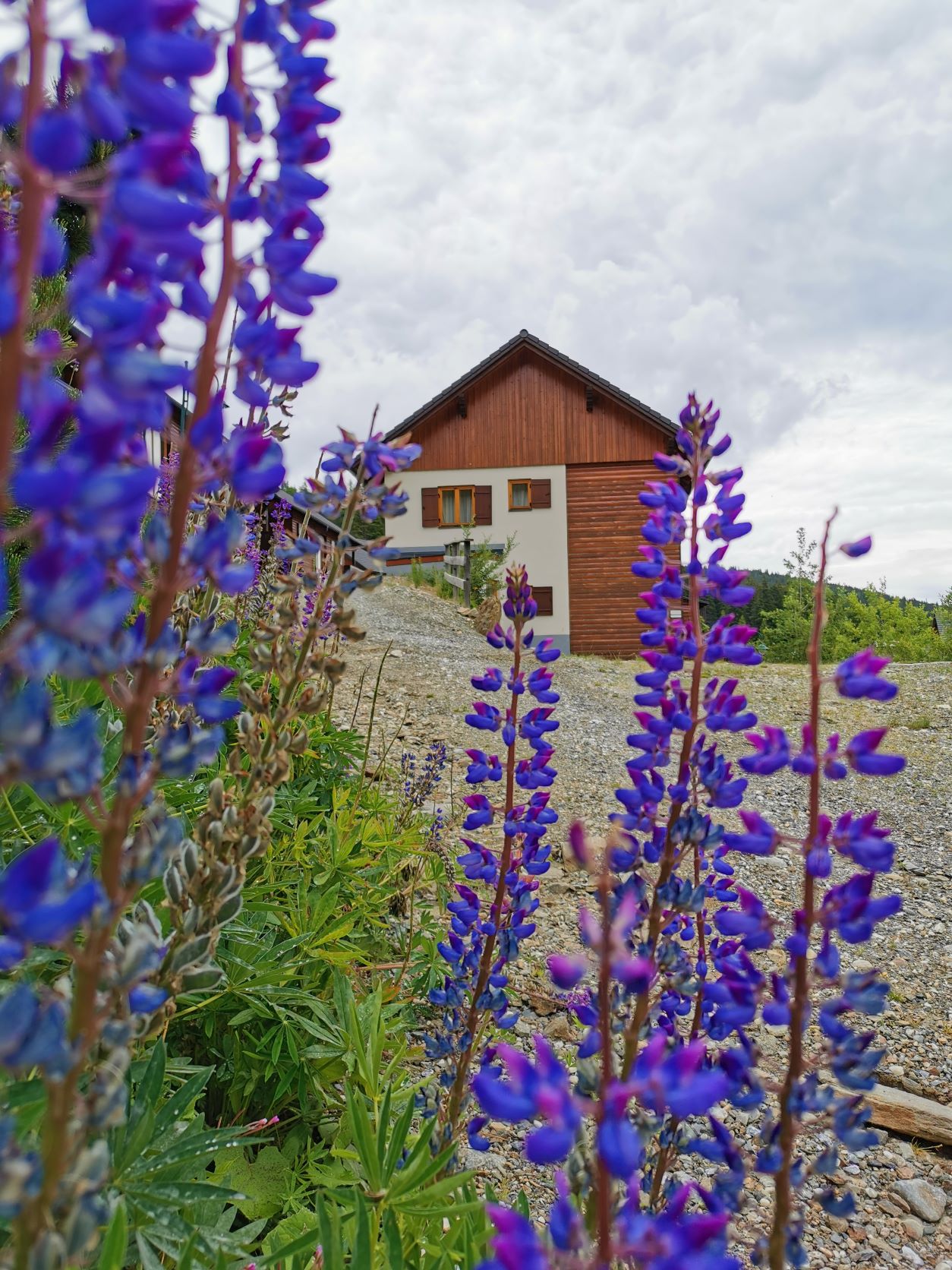 Lachtal and its surroundings provide a complex recreation all year round for mountain lovers. Thanks to the high-altitude environment, the air here is always cool, germ, and pollen-free here, which in the middle of the allergy season is quite a favorable aspect. But where shall you go and what are the main attractions around Lachtal? Here is my complete guide for a perfect summer weekend in Lachtal. 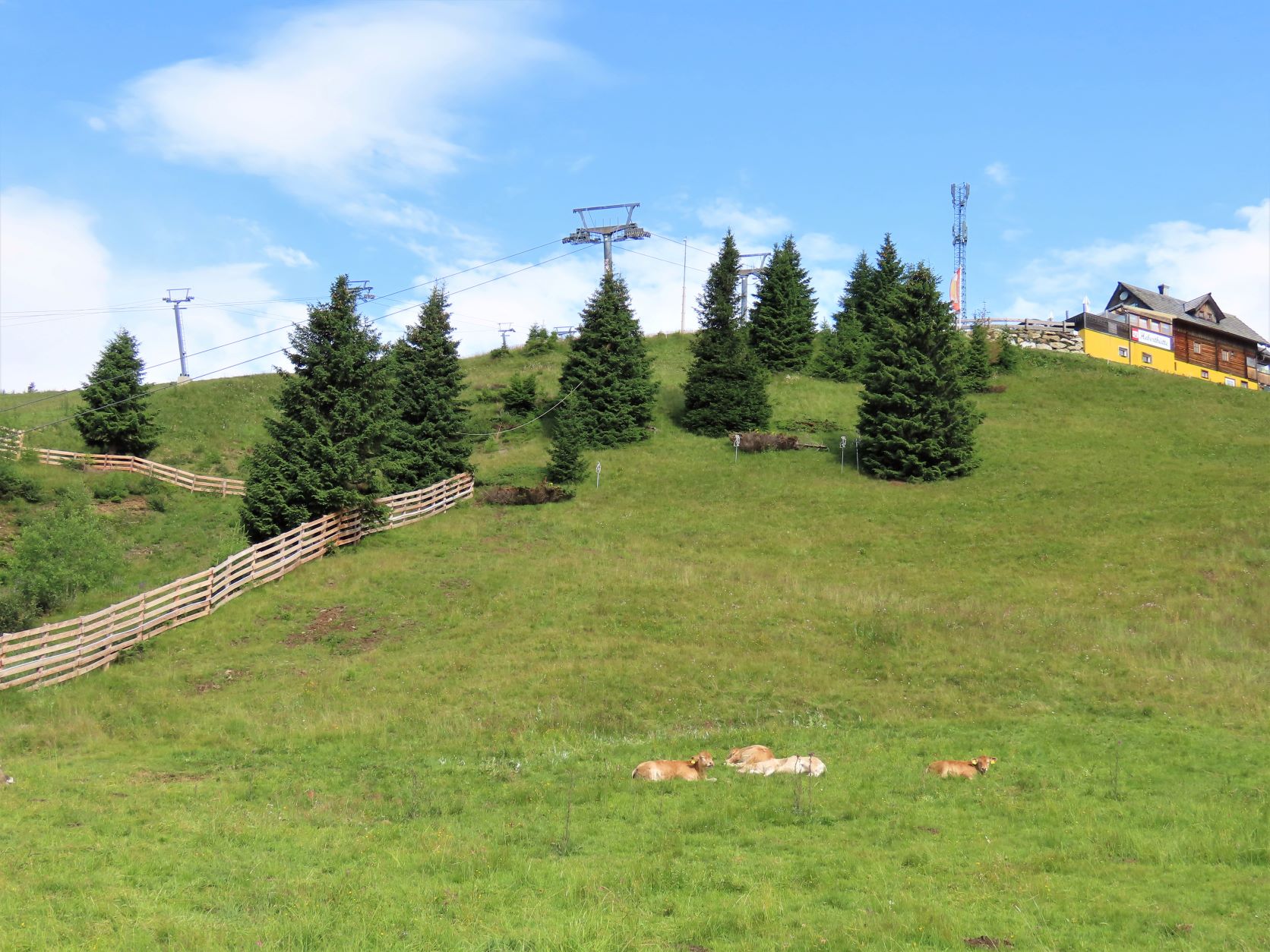 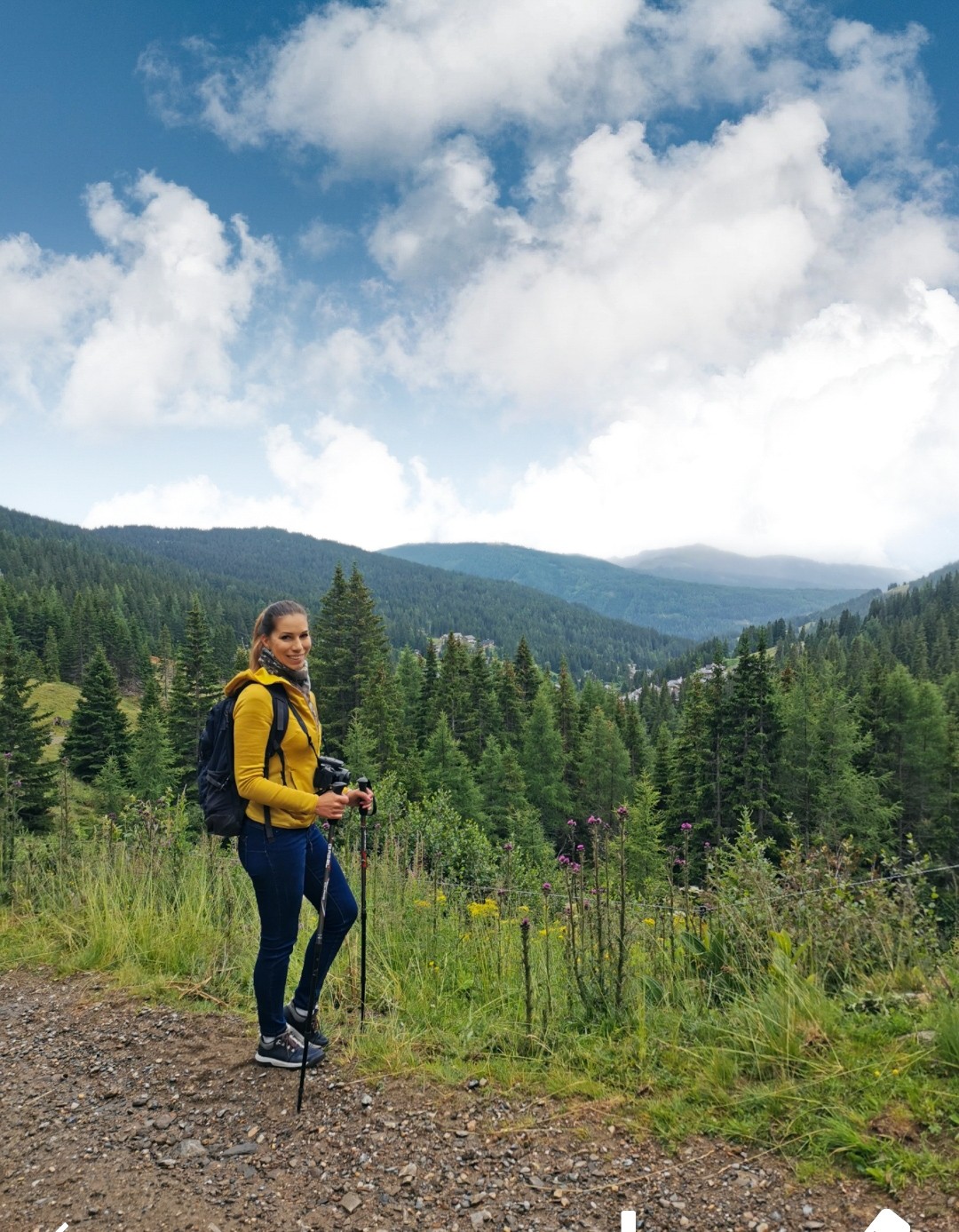 Hiking with friends and family

Lachtal and its 2200m high peaks function as ski resorts in winter, while in summer they are popular spots for hikers. There are several hiking trails to choose from, the longest of which is the 5-hour spine tour with Kleiner Zinken (2135m), Hoher Zinken (2222m) and Schießeck (2275m). 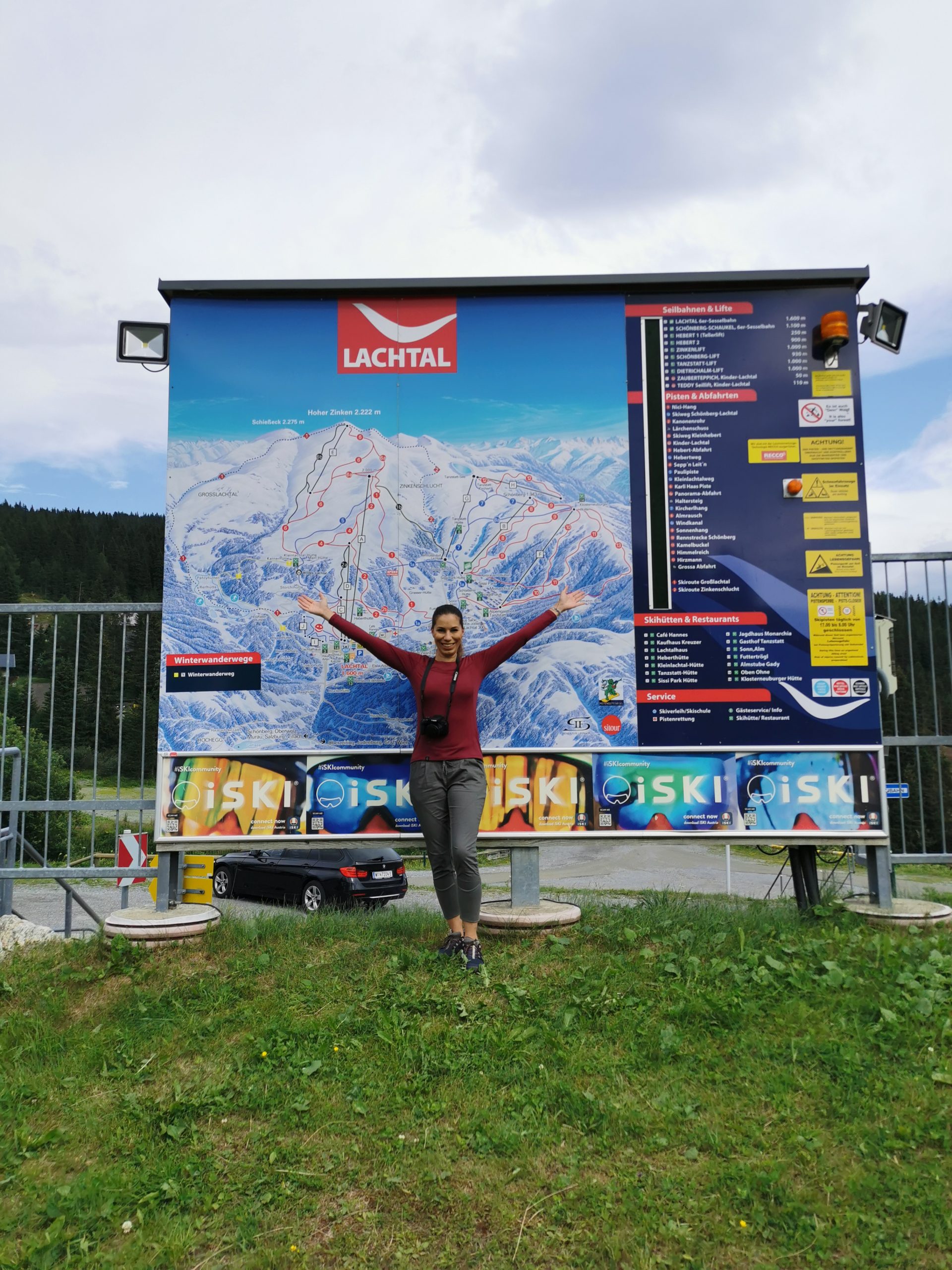 Tough the 600 m elevation is not exhausting from the bottom of Lachtal, but if you don’t want to climb the mountain, you can also choose the convenient ski lift. The 6-seater cable car operates on Tuesdays and Saturdays in the summer season. We chose an intermediate solution, the hiking trail of which can be downloaded from the button below.

If you’re going to conquer the mountains with family and kids, a great option is to discover and hike the Wildes Lachtal adventure course, which was opened this summer and includes 16 stations. The length of the hiking trail at altitudes between 1600 and 1700 is 4 km, where surprises, i.e. forest playgrounds, water mill, await children and adults every few hundred meters. 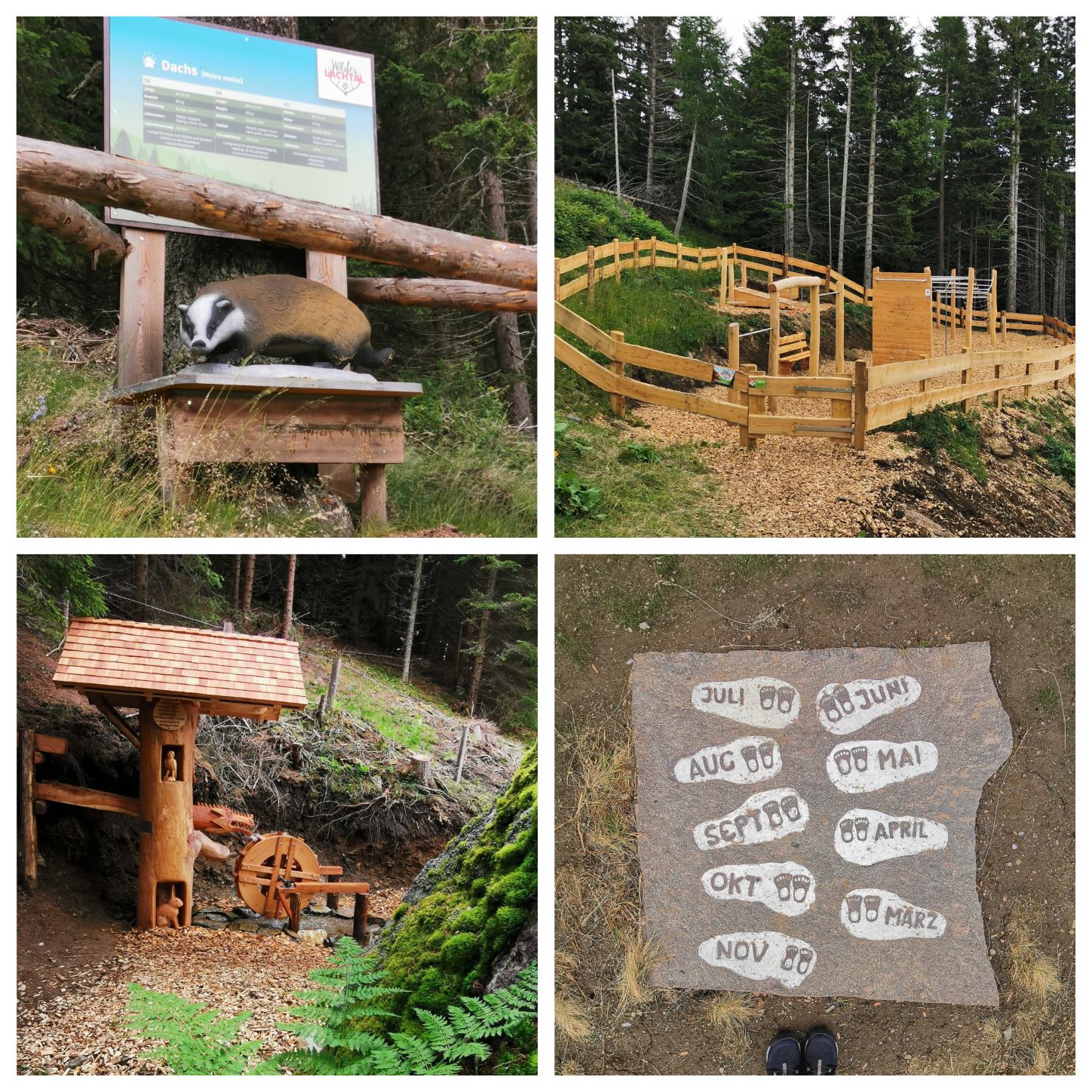 On the Wildes Lachtal adventure track, you can get acquainted not only with the pastures but also with the inhabitants of the forest. In addition to English and German, information boards are written in the Hungarian language in many places. In the near future, there will also be a mountain bike track in Lachtal, which will lead you from the lift station to the windmills, with electric bike rental possibility.

With its 65-meter height, it is the largest waterfall in Styria, close to Schröder.  A short walk from the parking lot and you will immediately find yourself at the foot of the Schröderbach river. Follow the direction of the flow, which will lead you to a path of bridges and wooden slates. 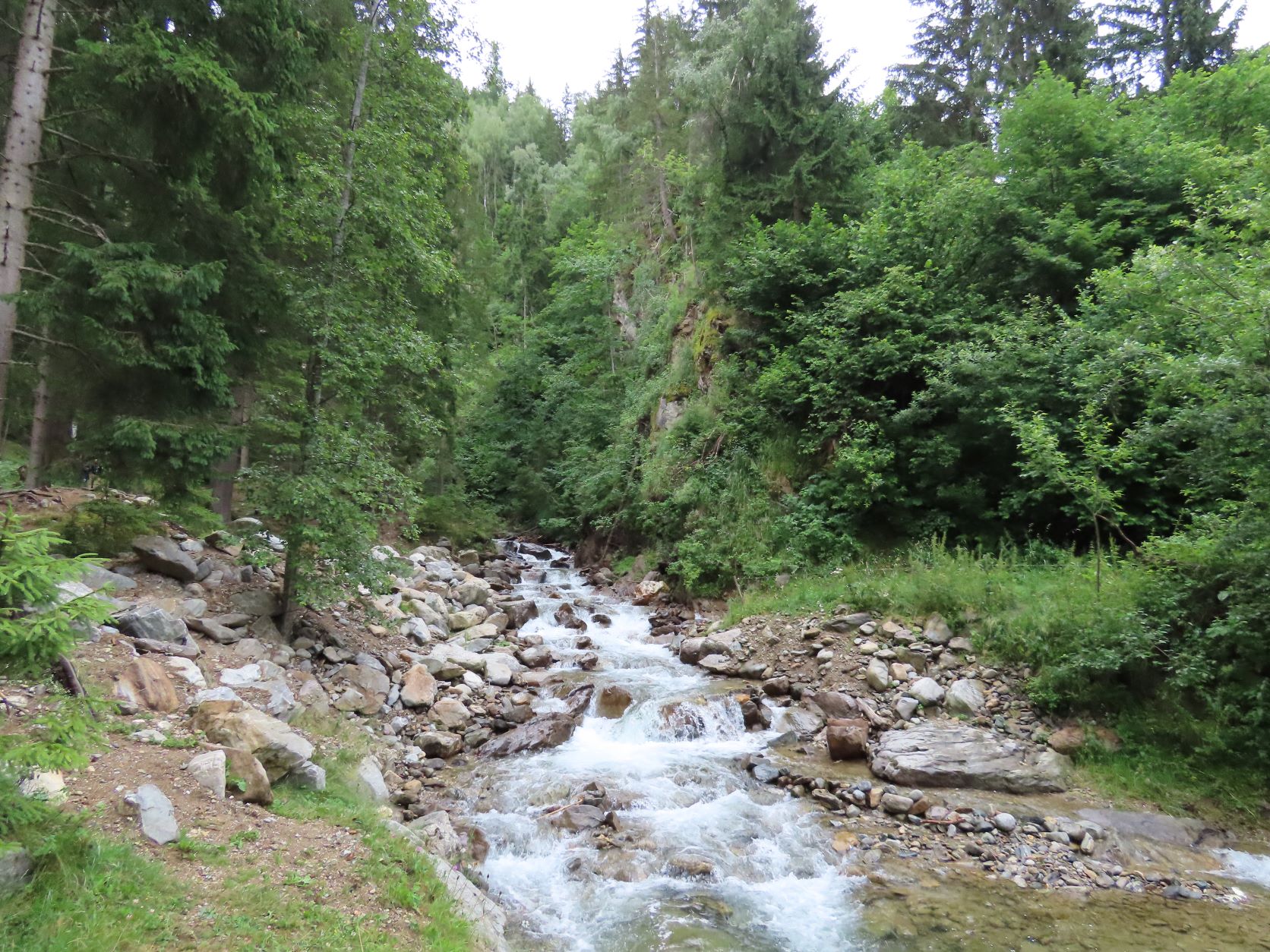 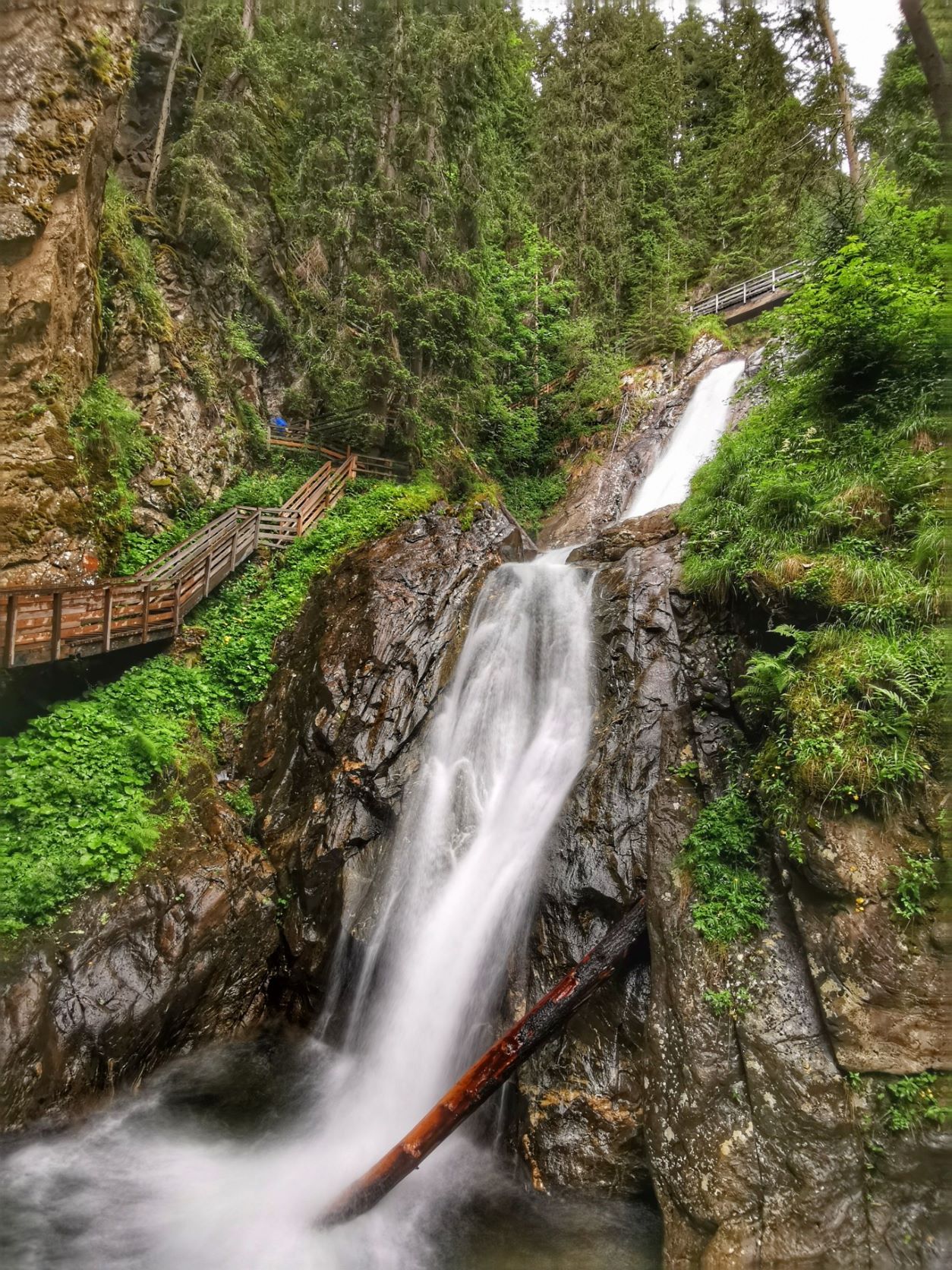 In the gorge you can first hear and then see the miracle with your own eyes: a triple waterfall, whose 250-300 l/second water yield falls into the depths with a loud bang. Due to the light conditions, it is worth timing the visit to the afternoon hours. Be prepared for the water curtain and do not be surprised if your hair gets wet.

Surrounded by medieval castle walls, Oberwölz is not of the most famous Austrian destinations, however, you should definitely put the city on your Styrian travel list.  You can enter the historic city center through three rock gates, where colorful buildings, of course, with dozens of flowers dominate the view. 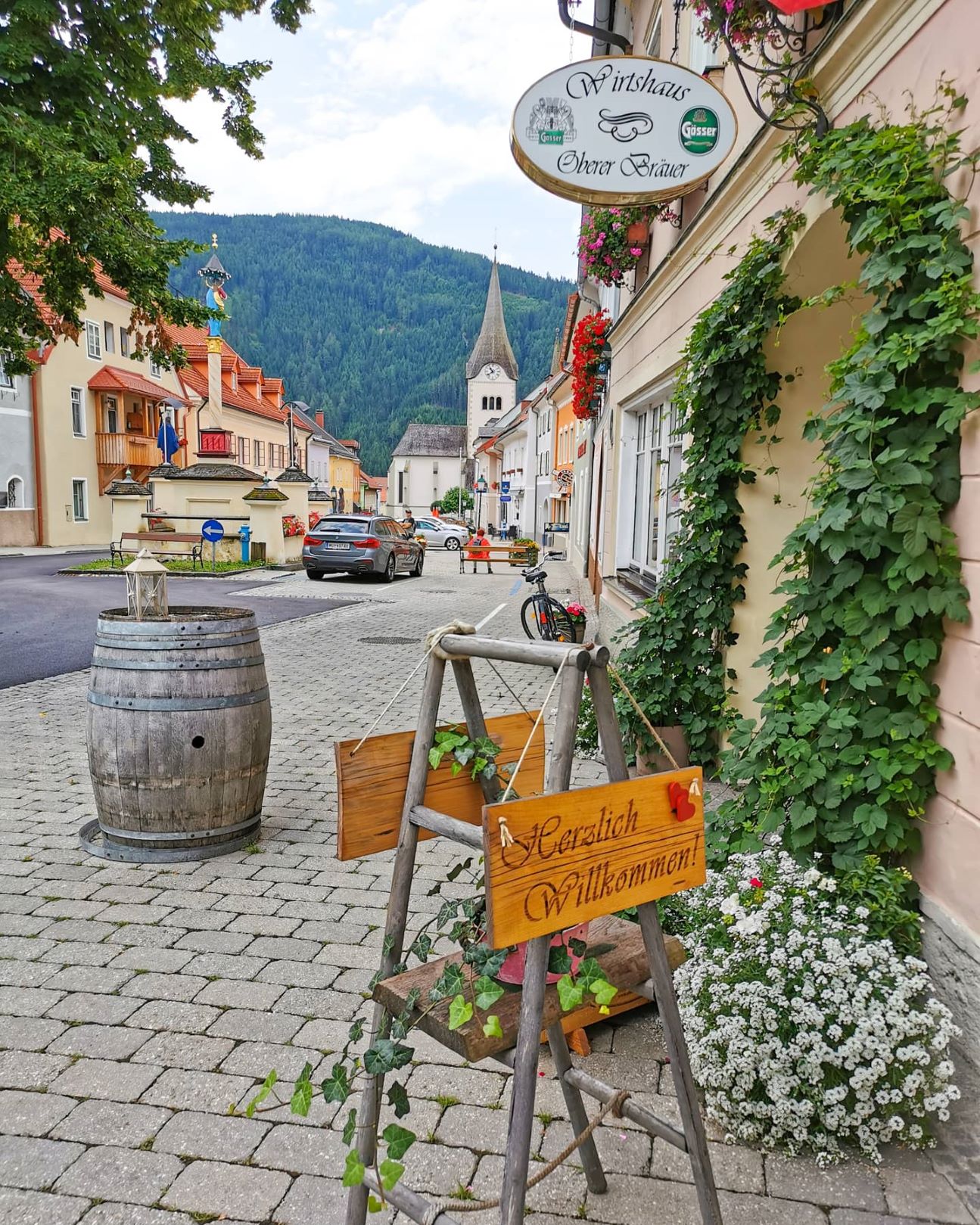 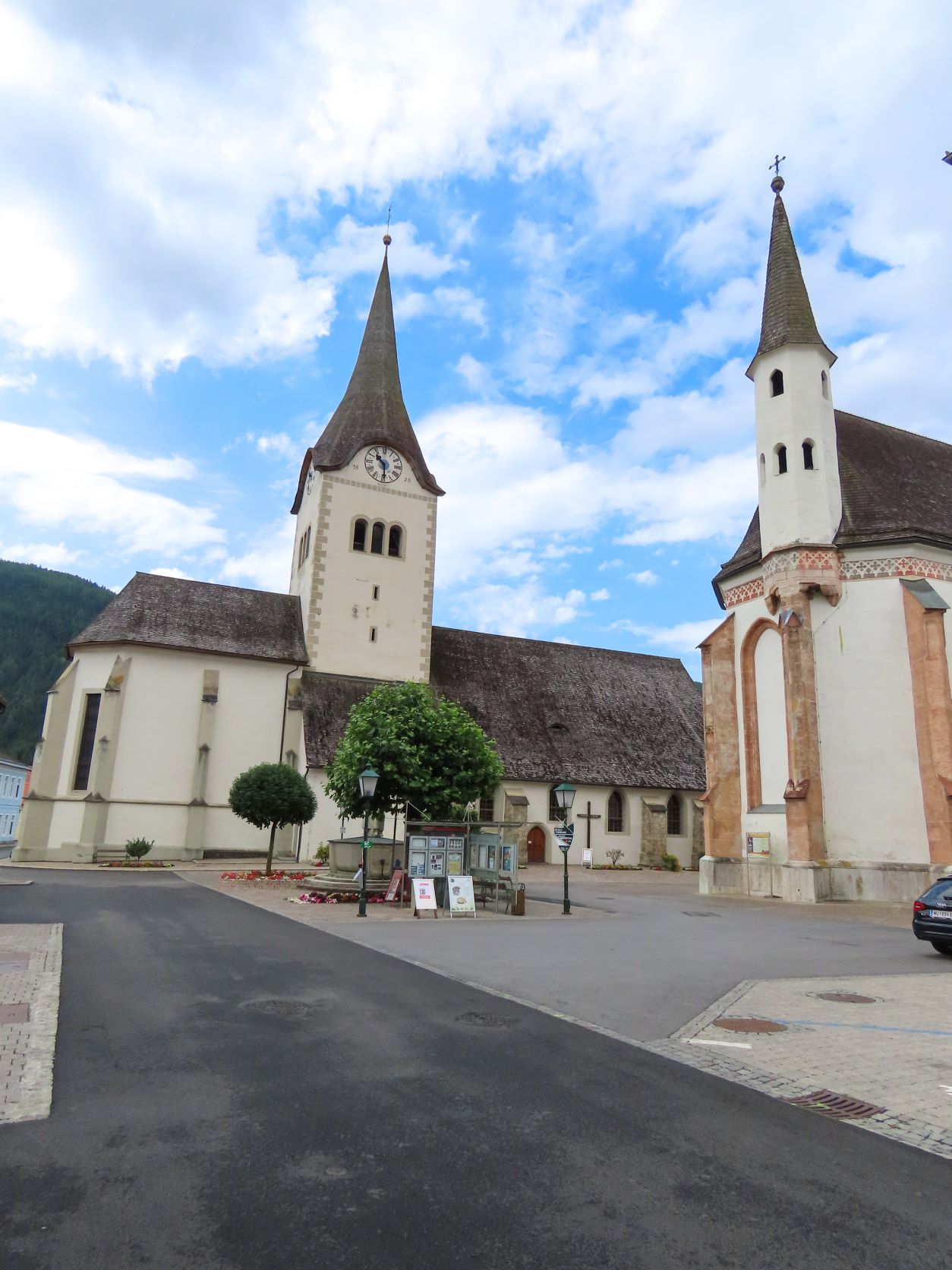 Those who like active recreation can also wander around Oberwölz. The world’s longest signposted mountain bike route starts here or you can choose from a variety of hiking trails that lead you through from the Valley of Wölz. This time I opted for a cozy city walk and admiration of the buildings, among which you find a real curiosity, the Museum of Austrian Brass Music.

The rock castle near Mariahof is one of the most beautiful ruin castles not only in Styria but also in Central Europe. The silhouette of the fortification at the top of the 1,200-metre-high cliff is inviting from afar. So as the Alpine fields in its surroundings, which not only smell from flowers but are also loud from cows. 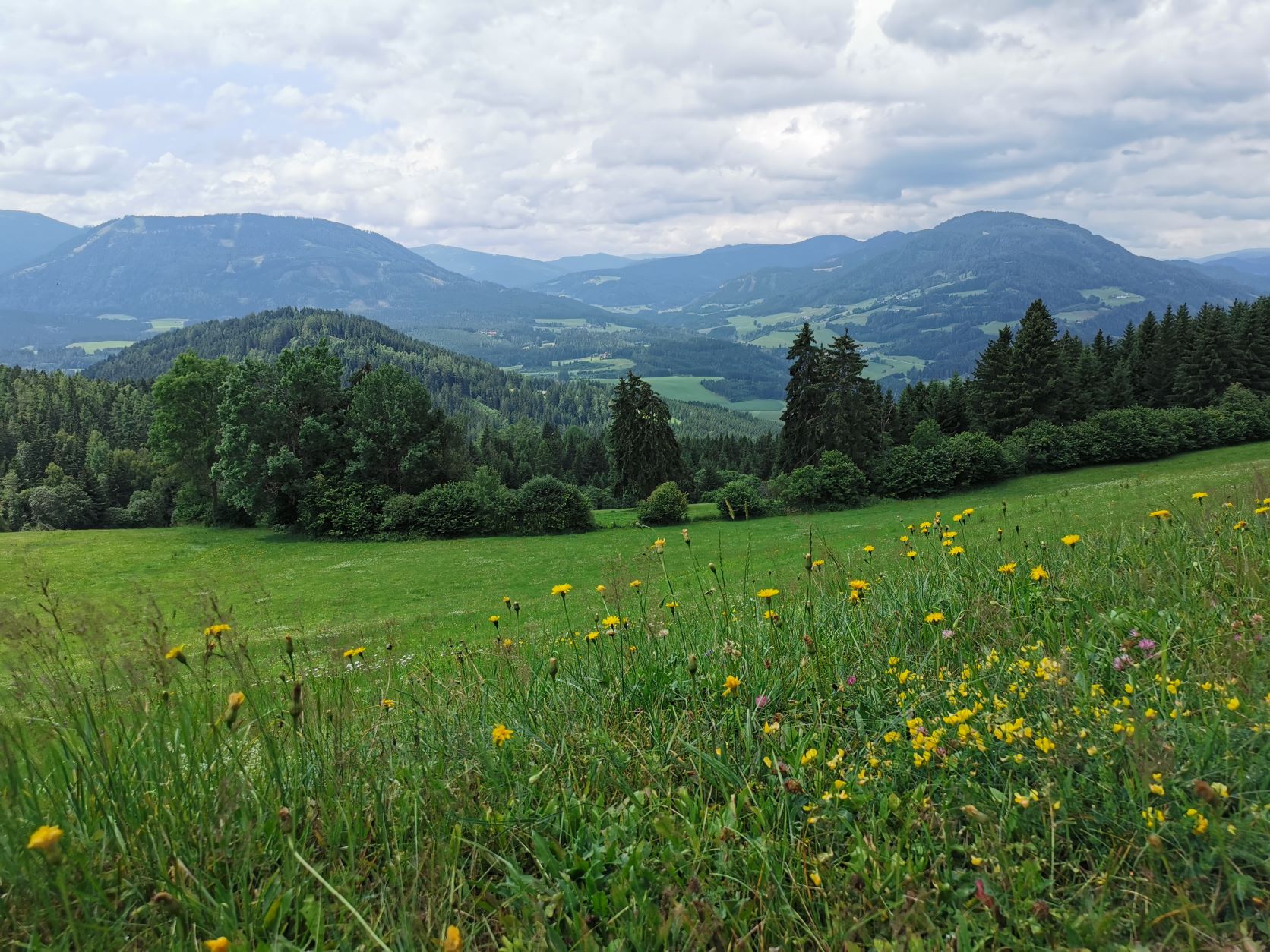 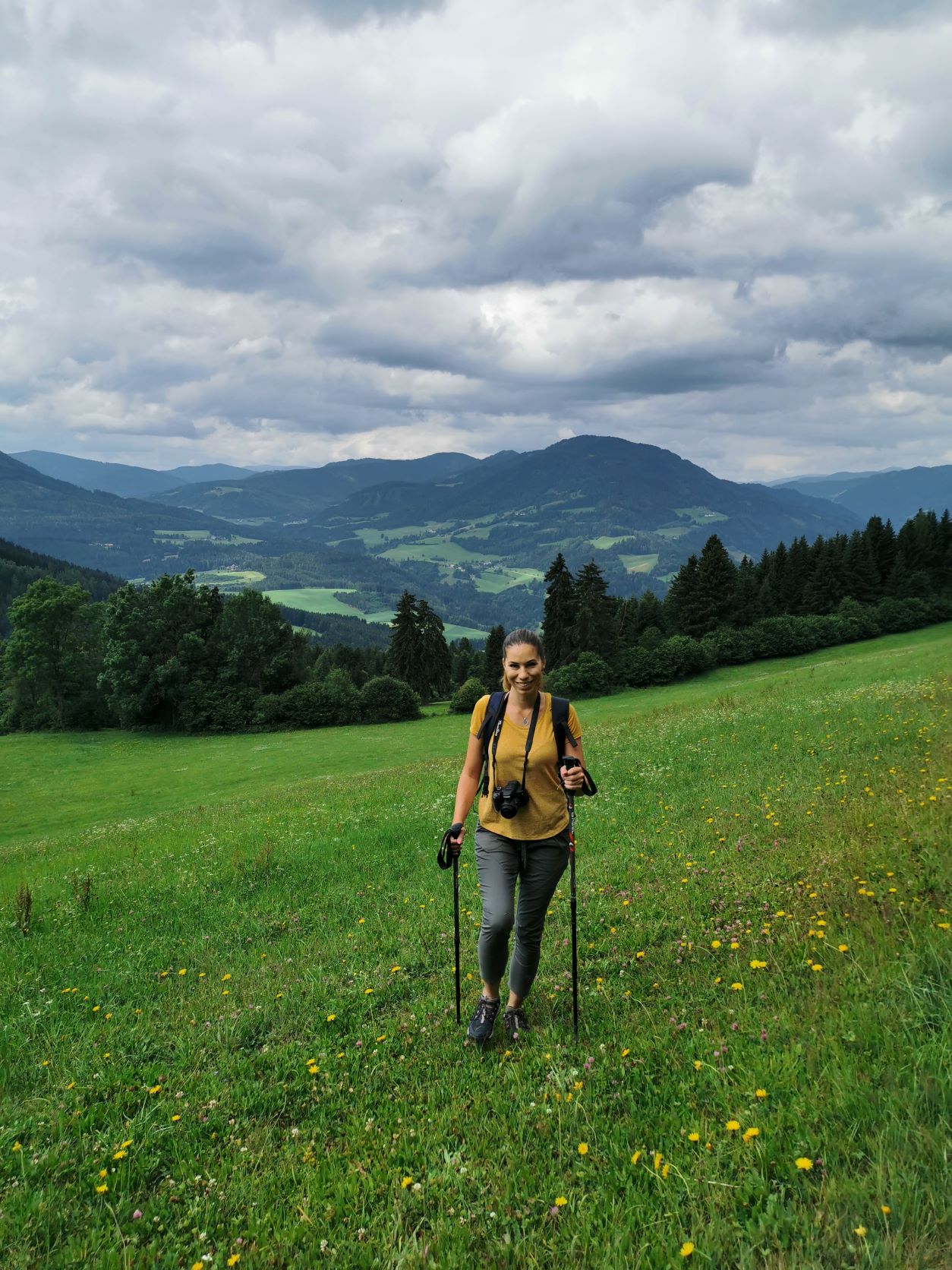 The oldest remains of the fortification date back to the 1100s. After the Eppensteiner family died out (1122), the castle migrated through several hands and for a short time belonged to the Lichtenstein family. Between 1525 and 1542, the castle was converted into an early modern defense fortress to give shelter against peasant uprisings and the Turkish invasion.

The fate of the stone castle was to be fulfilled by Emperor Joseph II, who closed the monastery on the fort, so the place slowly depopulated. The three-storey castle, spread over about 6,400 m2, offers a magnificent view even in its ruined form, as does the panoramic view of the Alpine mountains from its walls. 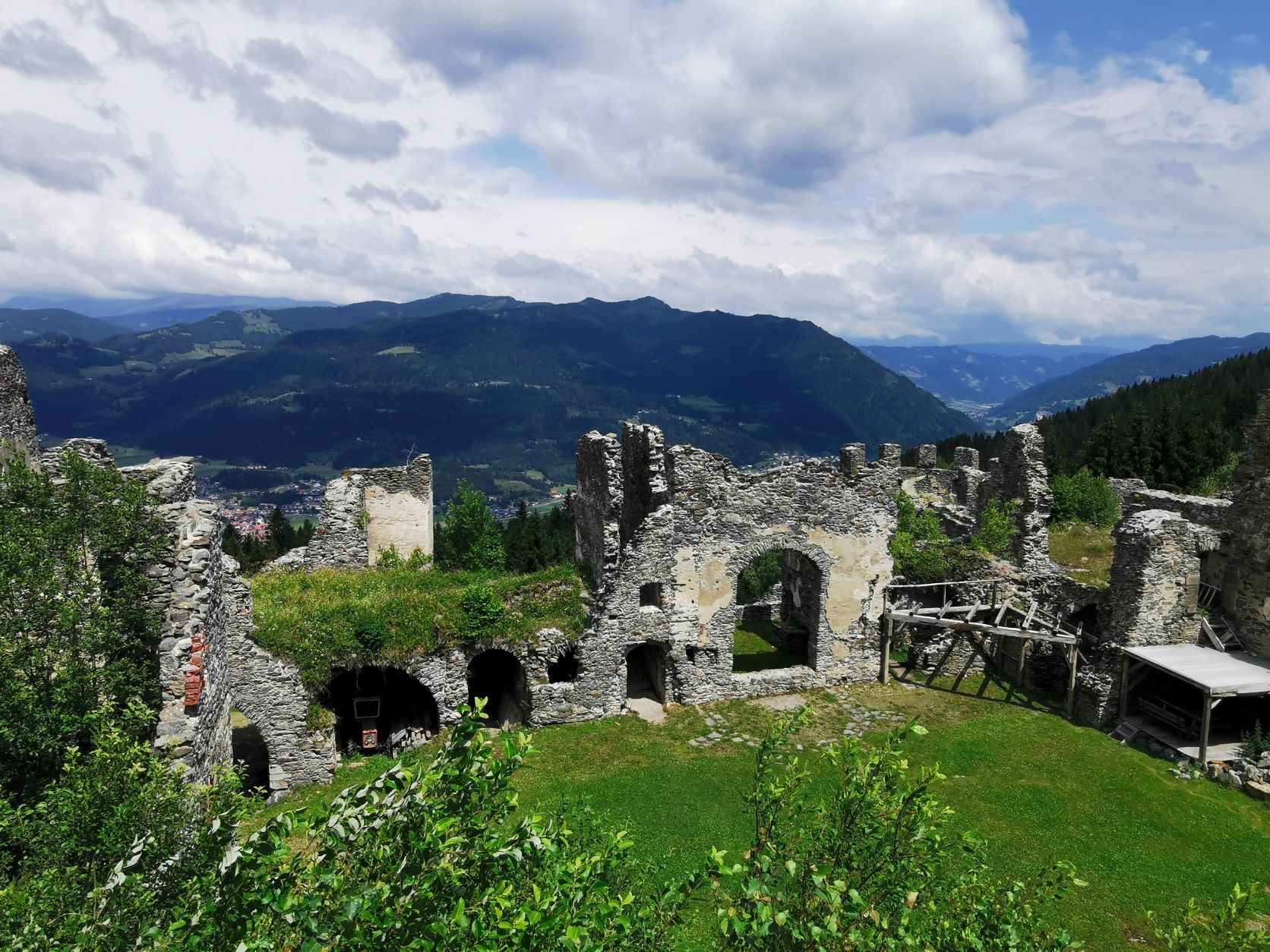 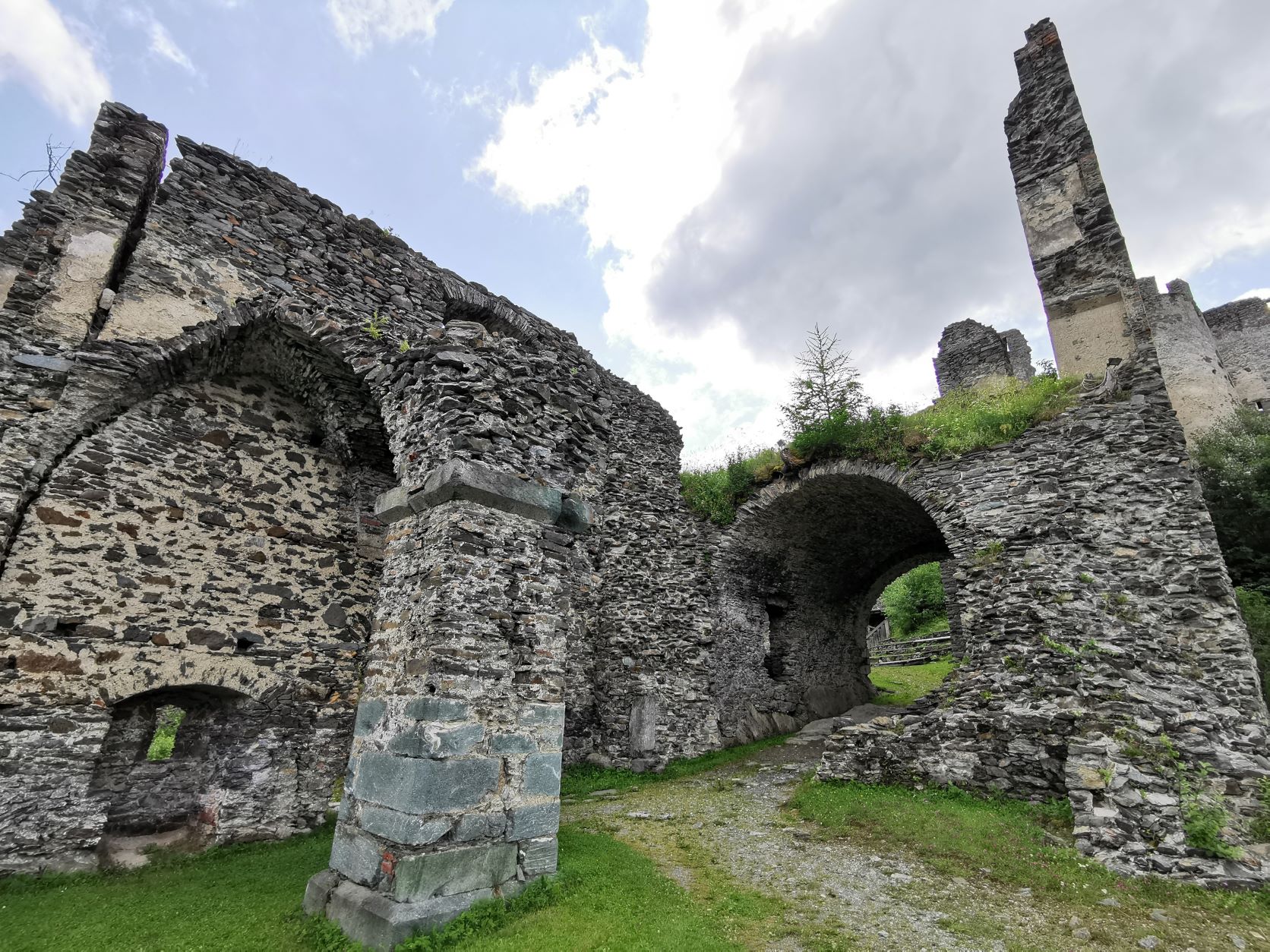 Murau is listed in every winter weather forecast, but it’s also worth a few hours’ walk into the city in summer. For those who are interested in history, the medieval city center, Murau Castle, and the Gothic Church of St Matthäus can be a good option, while for those looking for culinary delights, the Brauerei Murau. 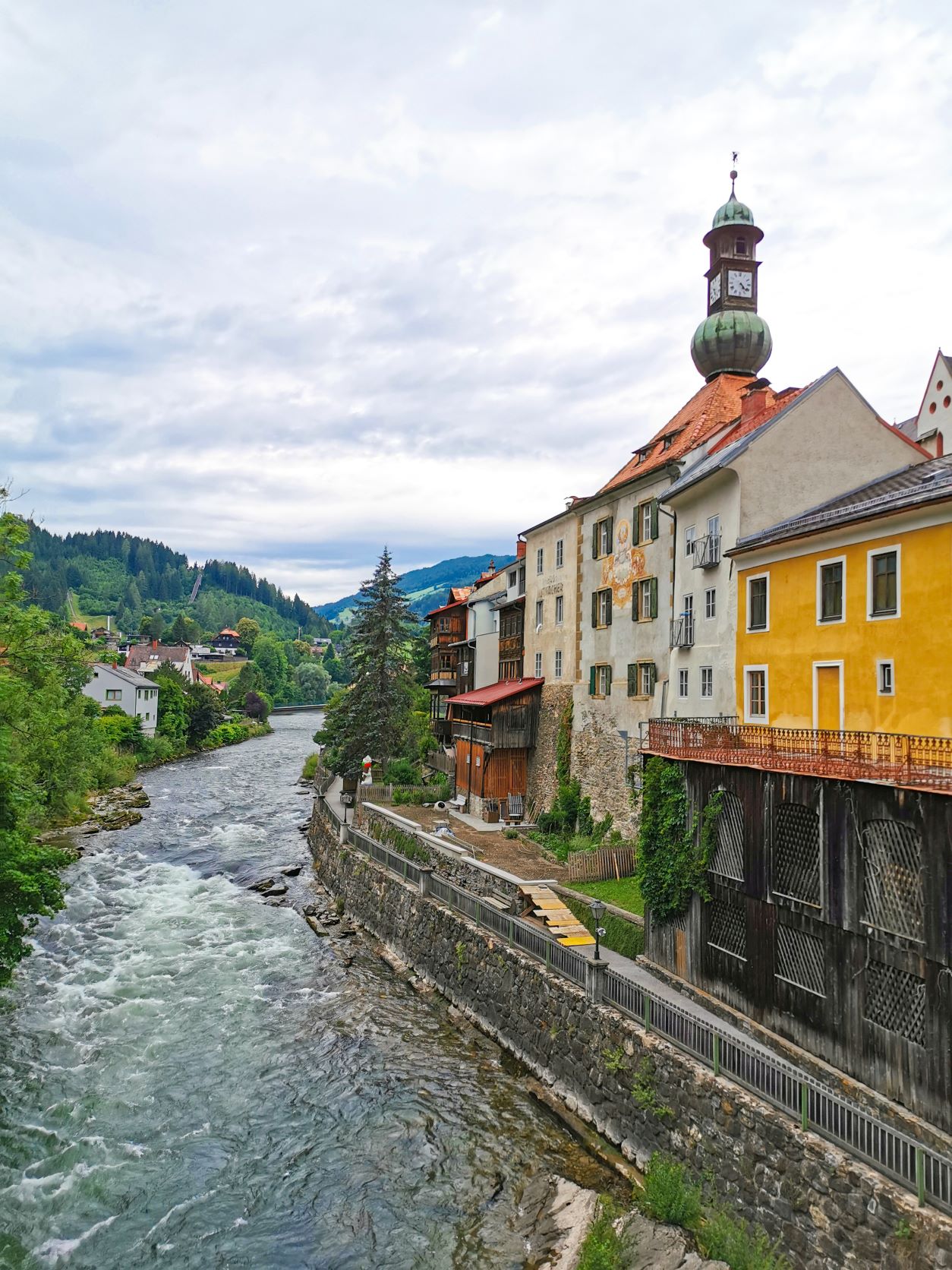 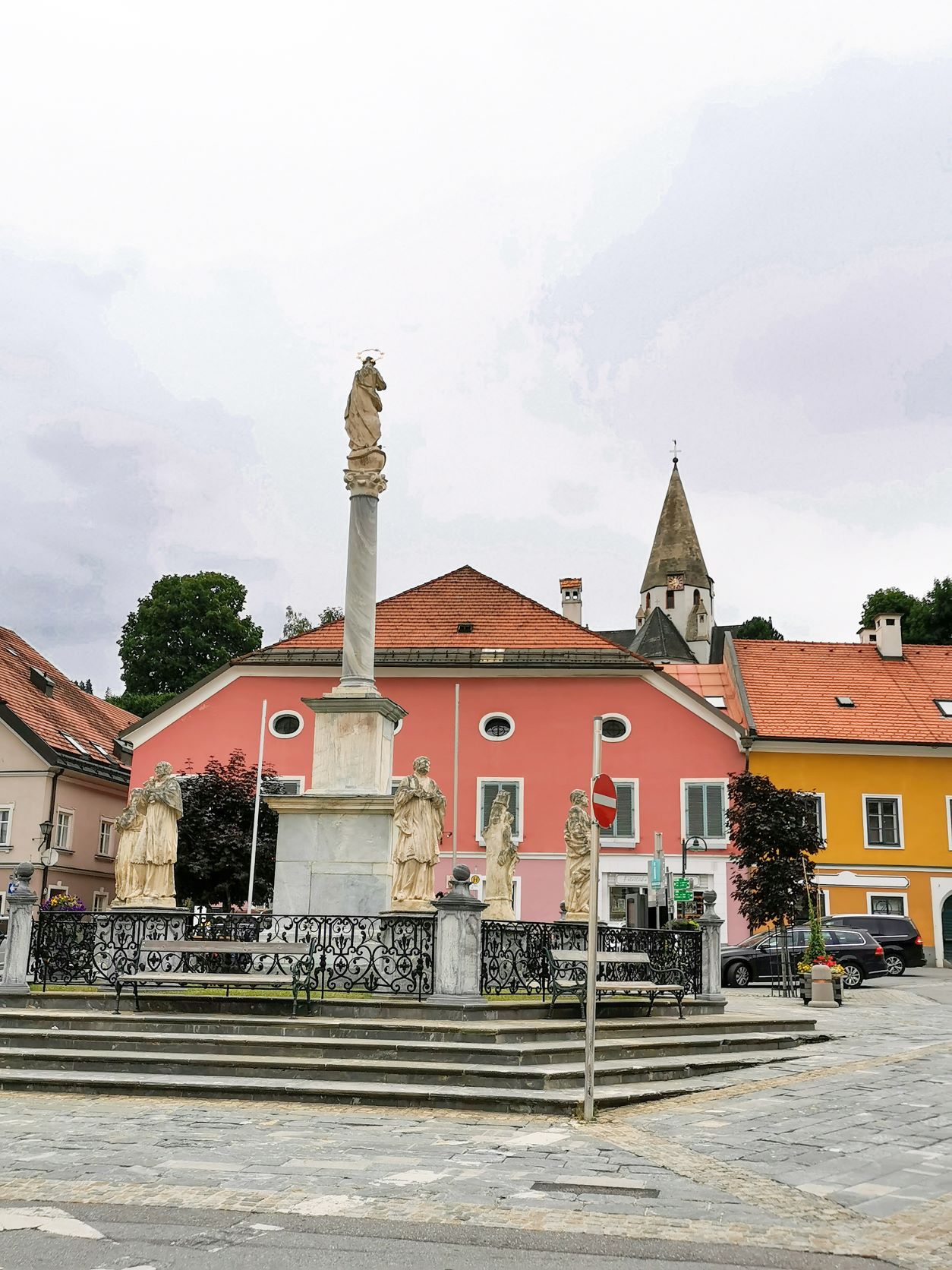 Murau brewing, which is also famous in Austria, has a history of more than 500 years, from which you can get a tasting menu (in the form of Ale and Zwickl) as part of a two-hour guided tour of the local brewery. After all, if you just want to cool your head, walk along the banks of the River Mura. The stone bridge and Murna statue in the background is really an eye-catching experience.