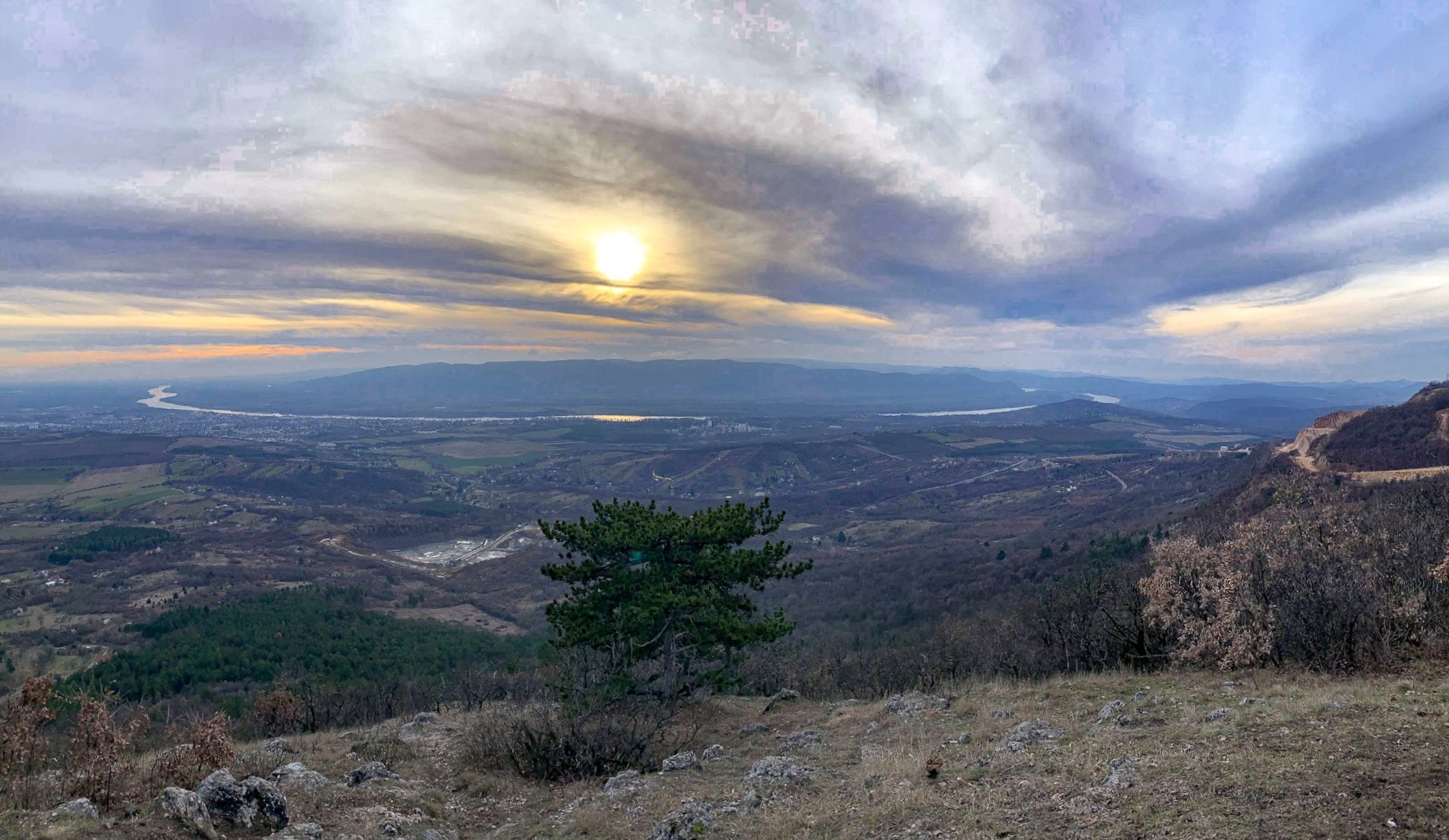 Naszály, the unknown beauty of the Danube Bend

Anyone who has ever seen the Danube Bend from a bird’s-eye view will surely not forget it. The most popular hiking spot is Nagymaros (read my blog post HERE) and Visegrád together with Prédikálószek (HERE) lookout tower. From these points, you can enjoy a truly eye-catching view of the bend of the Danube that twists like a snake. However, there is one other place that is rather off the guidebooks, even though it can easily compete with the places mentioned above. This is the Naszály, the highest mountain in the Danube Bend, which I climbed twice in the past few months. If you are looking for a scenic panorama and love high mountains, I would recommend you Naszály Mountain as a hiking spot with a warm heart. 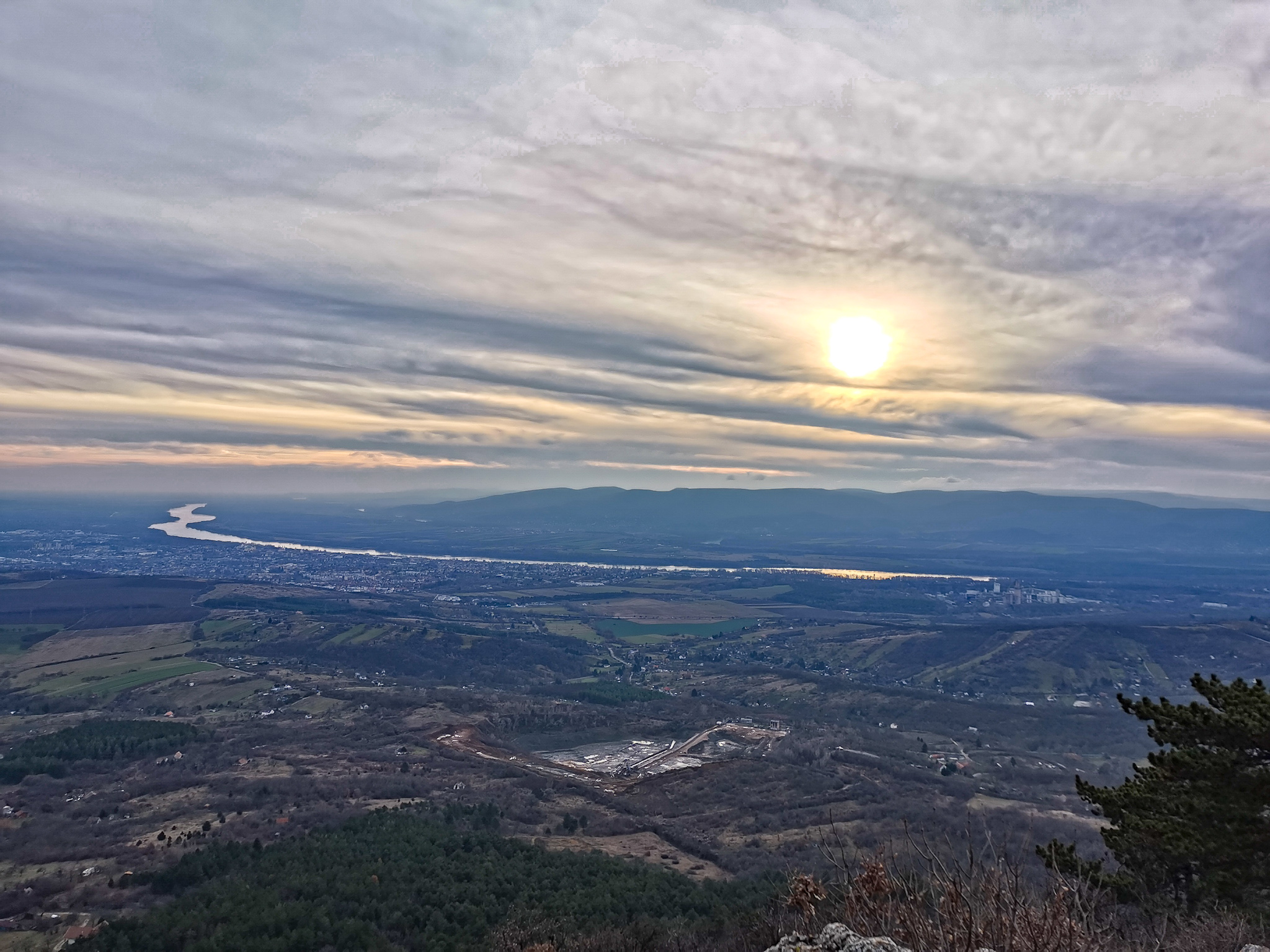 Like a sentinel of the Danube Bend, the mountain towering over Vác is geographically classified as Cserhát, but geologically it resembles the sedimentary volcanic rock of the Visegrad Mountains. Its highest point is 652 meters, making it the highest mountain around the Danube Bend. The main character of Naszály is the huge “wound” on its side, which is the result of three decades of limestone mining here. Although coal and sandstone are still excavated on the western side of the mountain, the traces of this are hidden.

There are several ways to climb up to Naszály. From Katalinpuszta you can take the road through the enchanting Gyadai Meadow. Or you can start your hiking from Vác from Gombás pihenő well as from Kosd. Whichever option you choose, you will face a steep uphill, however, the efforts will be crowned by a panorama unlike any other. We voted for Kosd, where we started our hiking. 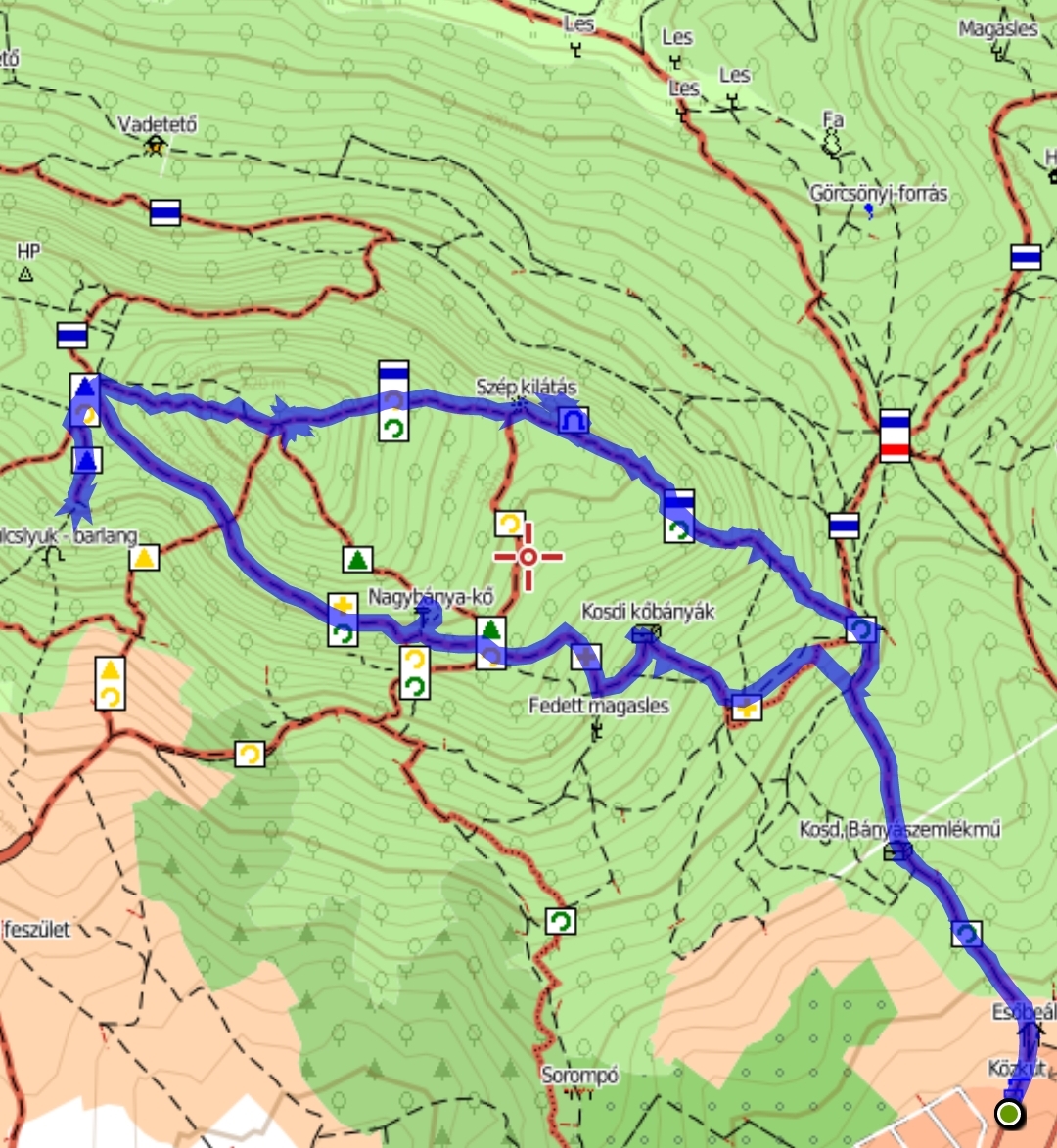 The length of the full hiking route from Kosd is 10 km, which can be completed in 5 hours at a comfortable pace, together with photography and visiting the sights on the go. There is no water supply on the route, so in addition to proper hiking boots, prepare for the trip with enough liquids and food. The route is quite well signposted. Up the blue line signed road takes you, and on the way back you can descend on the yellow cross back to the starting point, Kosd. 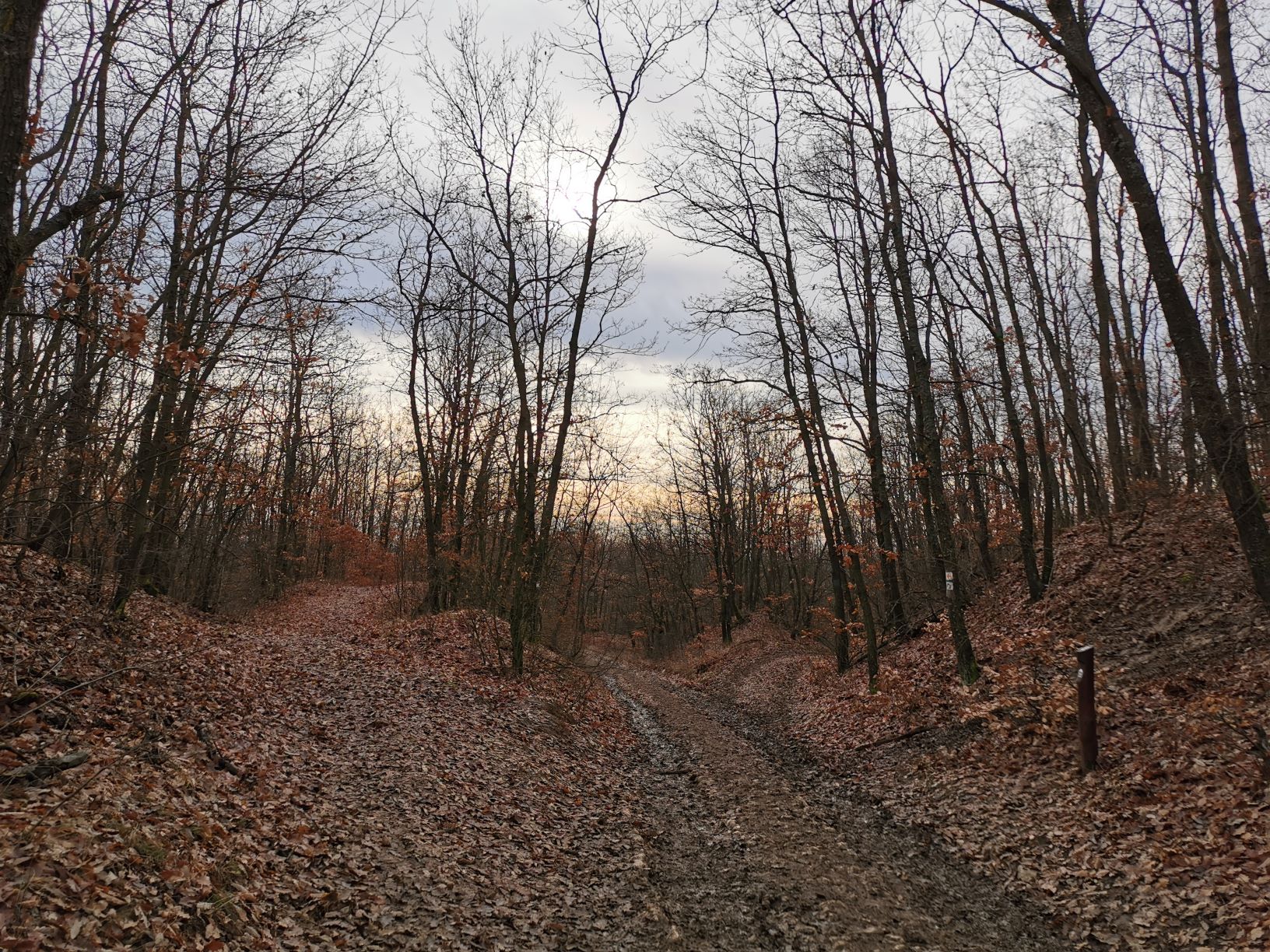 Attractions on the trail

From Kosd into the forest, the path is bordered by a monument erected in memory of seven miners who died in the mine in 1931. The coal field in Naszály has been known since 1770. The first drillings were carried out in 1899 and were immediately successful. At a depth of 130 meters, high-quality coal of 1-1.5 m thickness was found. However the production has been quite loss-making over the centuries. Only 211 tons of coal were mined from the mountain’s stomach during the 27 years. 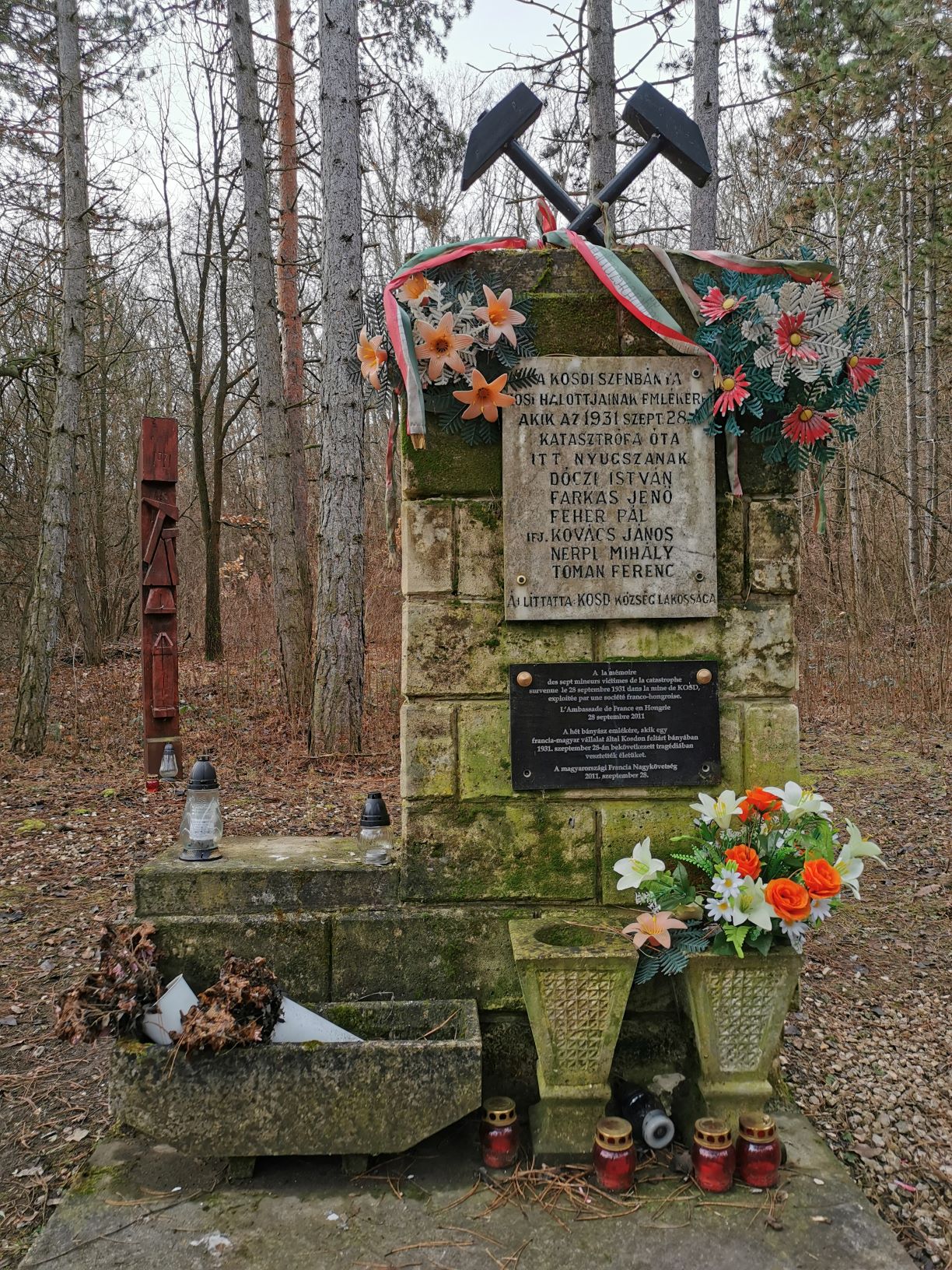 The main reason for this lies in the tunnels. The underground cavities were constantly subjected to water intrusion due to the karst water coming up from the depths. For the first time, no casualties were claimed by the flooding, but in 1931 the work area was flooded resulting in the death of six miners. Their bodies have been resting inside the mountain ever since.

You can reach the summit of Naszály on the national blue trail, during which you can see the silvery line of the Danube. But before the view is revealed in all its glory, it is worth taking a short detour to the third largest cave in the mountain. The limestone mountain is home to several cavities, of which Násznép Cave can be explored independently. 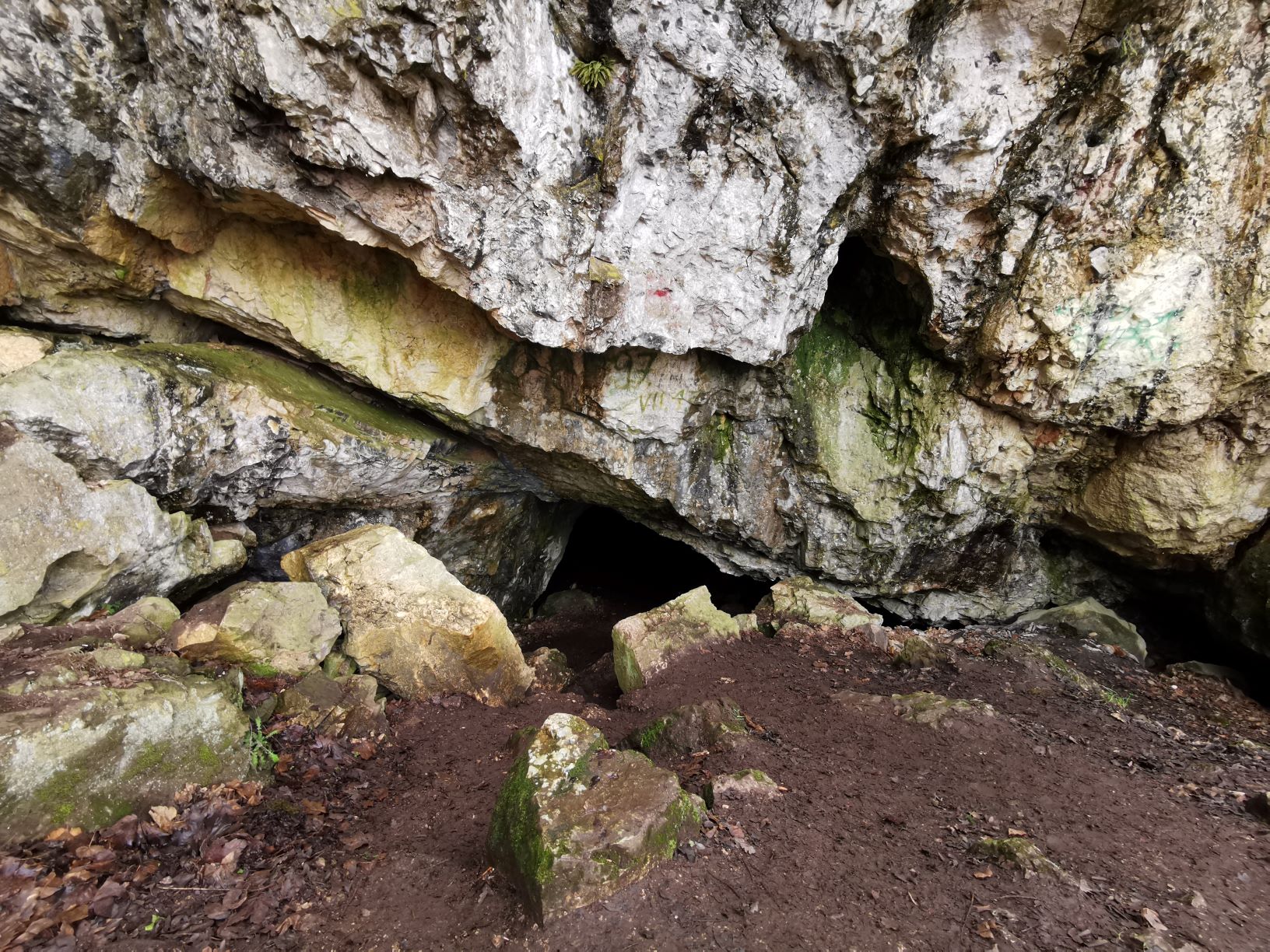 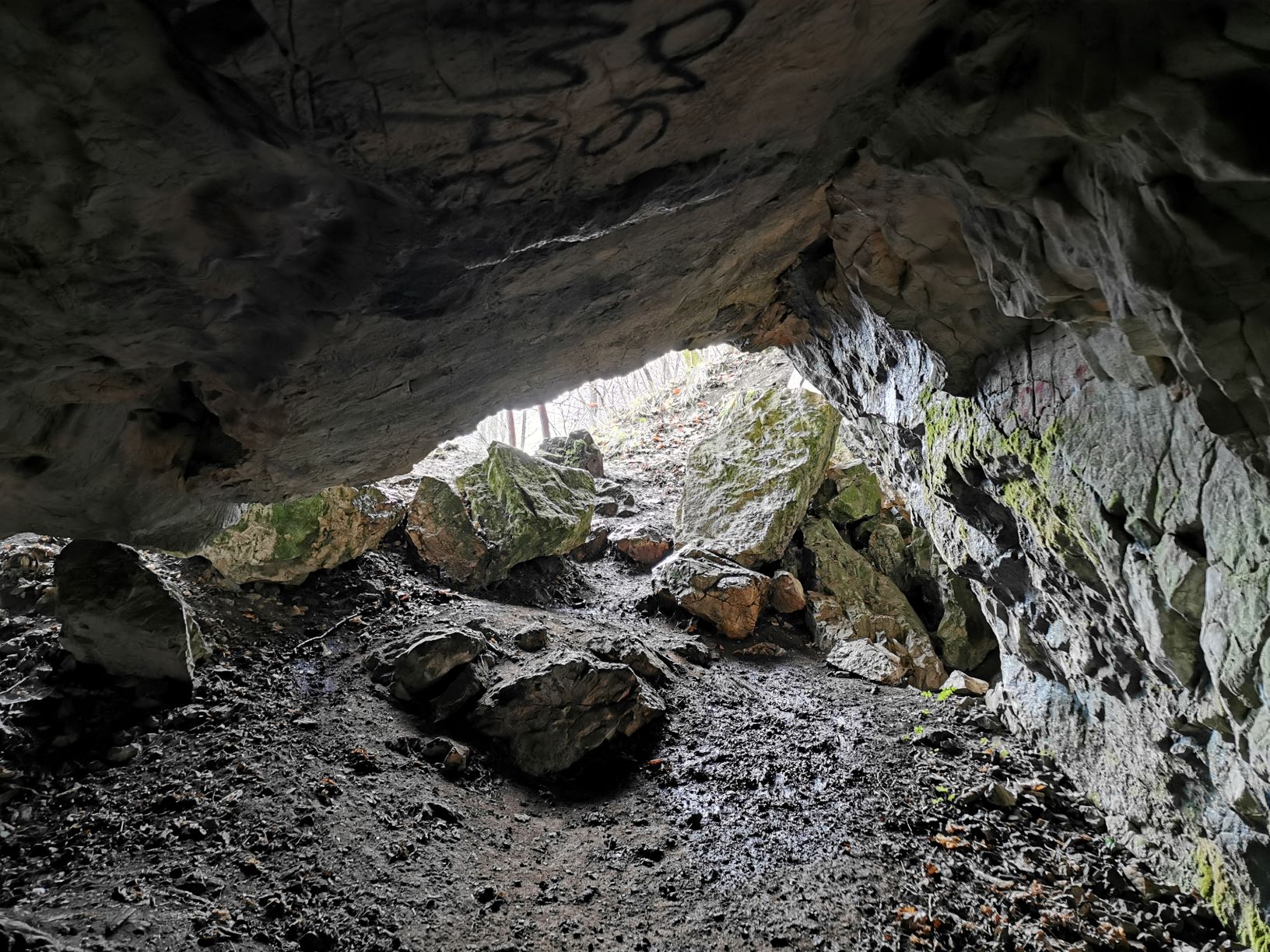 According to tradition, the cave owes its name to excavations carried out in the early 20th century, during which several tiles were found in the cave alongside the bones. It led archeologists to conclude that there must have been some kind of big feast here, like it used to be at weddings. 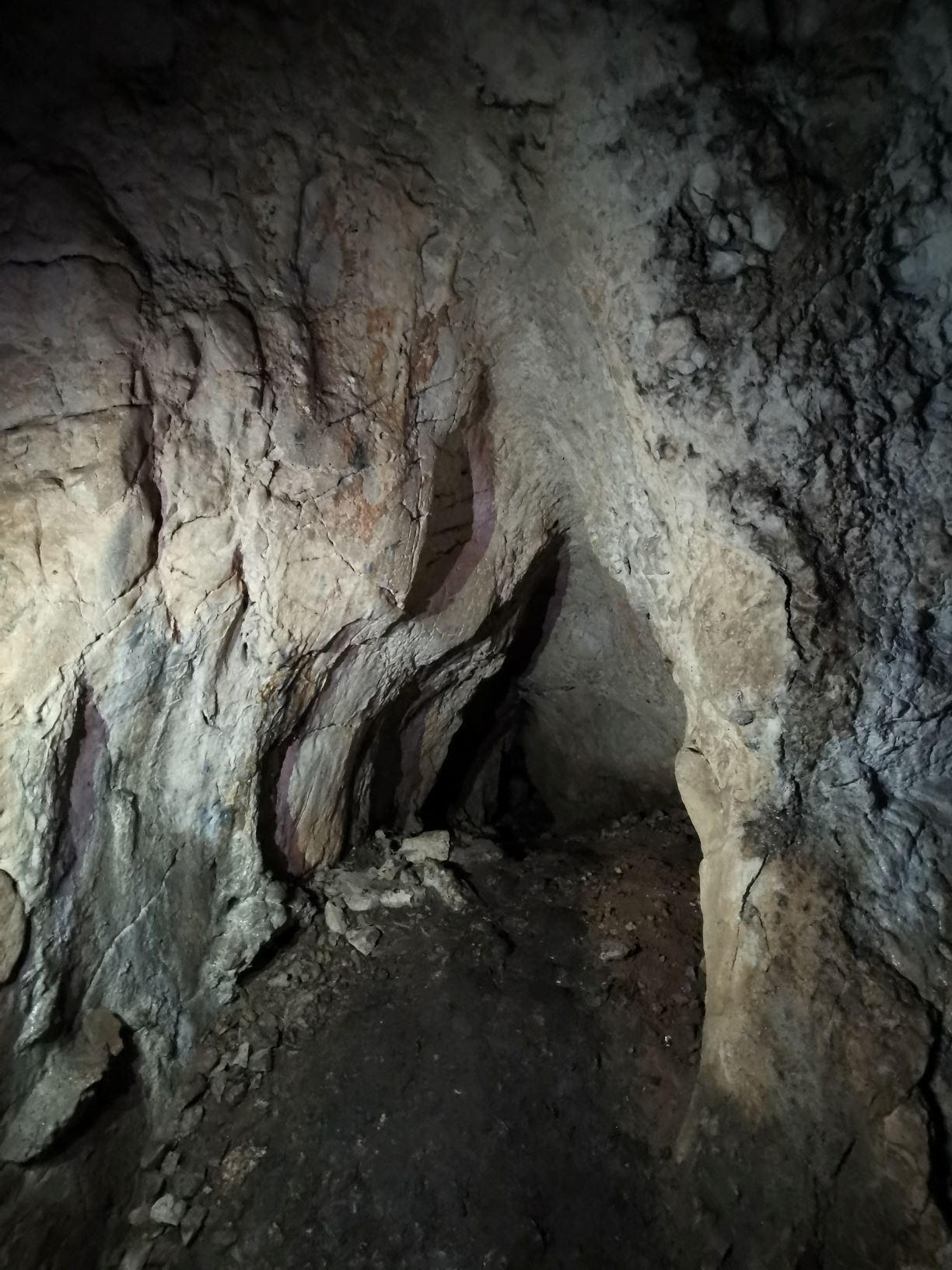 Although there are explanations for the cave’s saga from other eras, it is sure that this cave 510 m above the sea level can be a special color spot for our excursion. The total length of the cave is 225 meters, from which three larger rooms open. As visitors, you can tour the Guanó Hall, which is believed to have been named after the excretion of bats hanging from the ceiling. 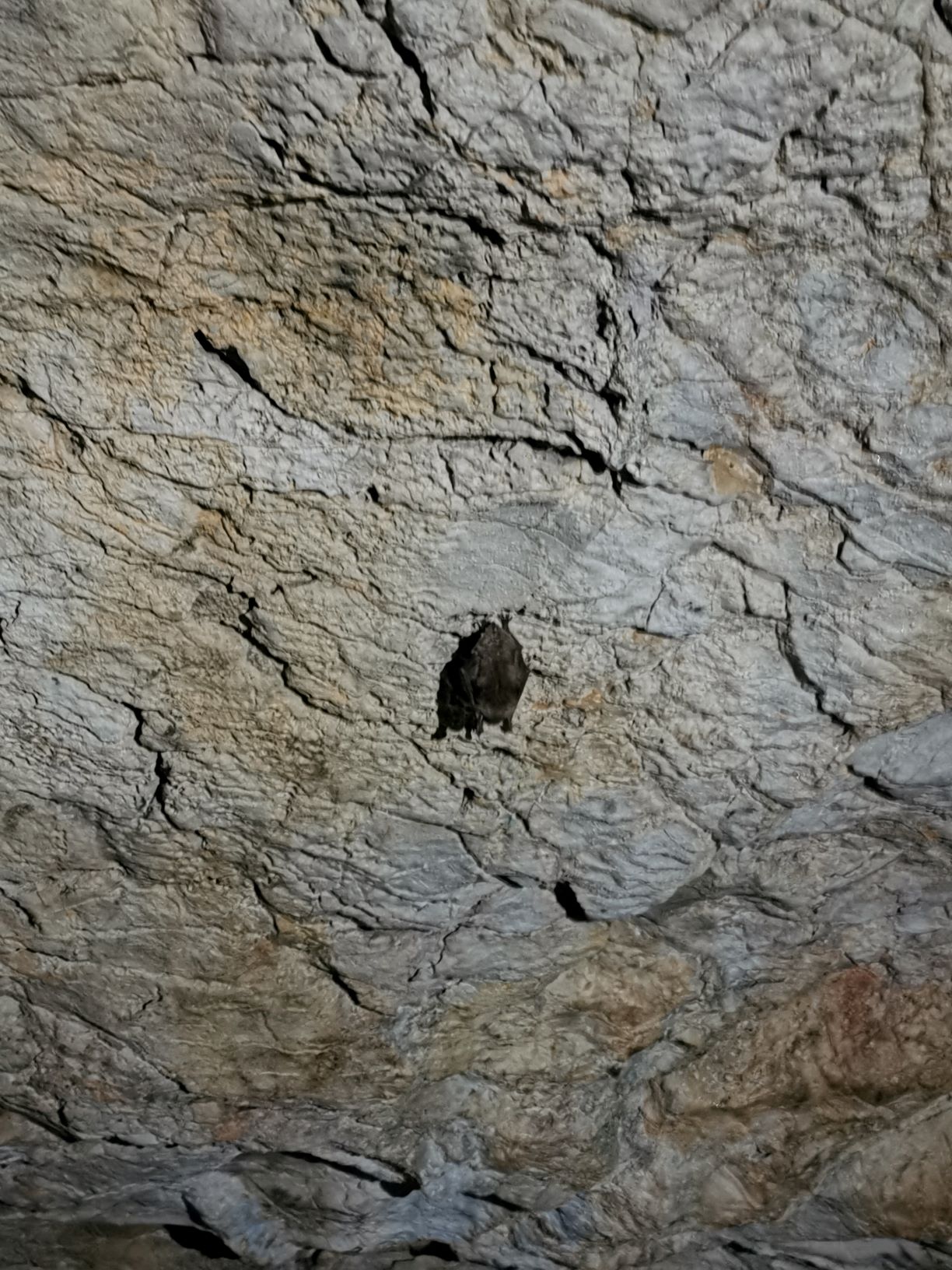 At the top of the 652 m high mountain, there is a geographic height measuring tower, that has no longer functions today.  In the 1970s and 1980s, a number of similar geodetic towers were built in Hungary. Most of them are in a very bad (i.e.: life-threatening) condition, while others like Galya Lookout have been restored and are free to visit. The geodesy tower on Naszály is a three-story tower with iron ladders leading up to the top. 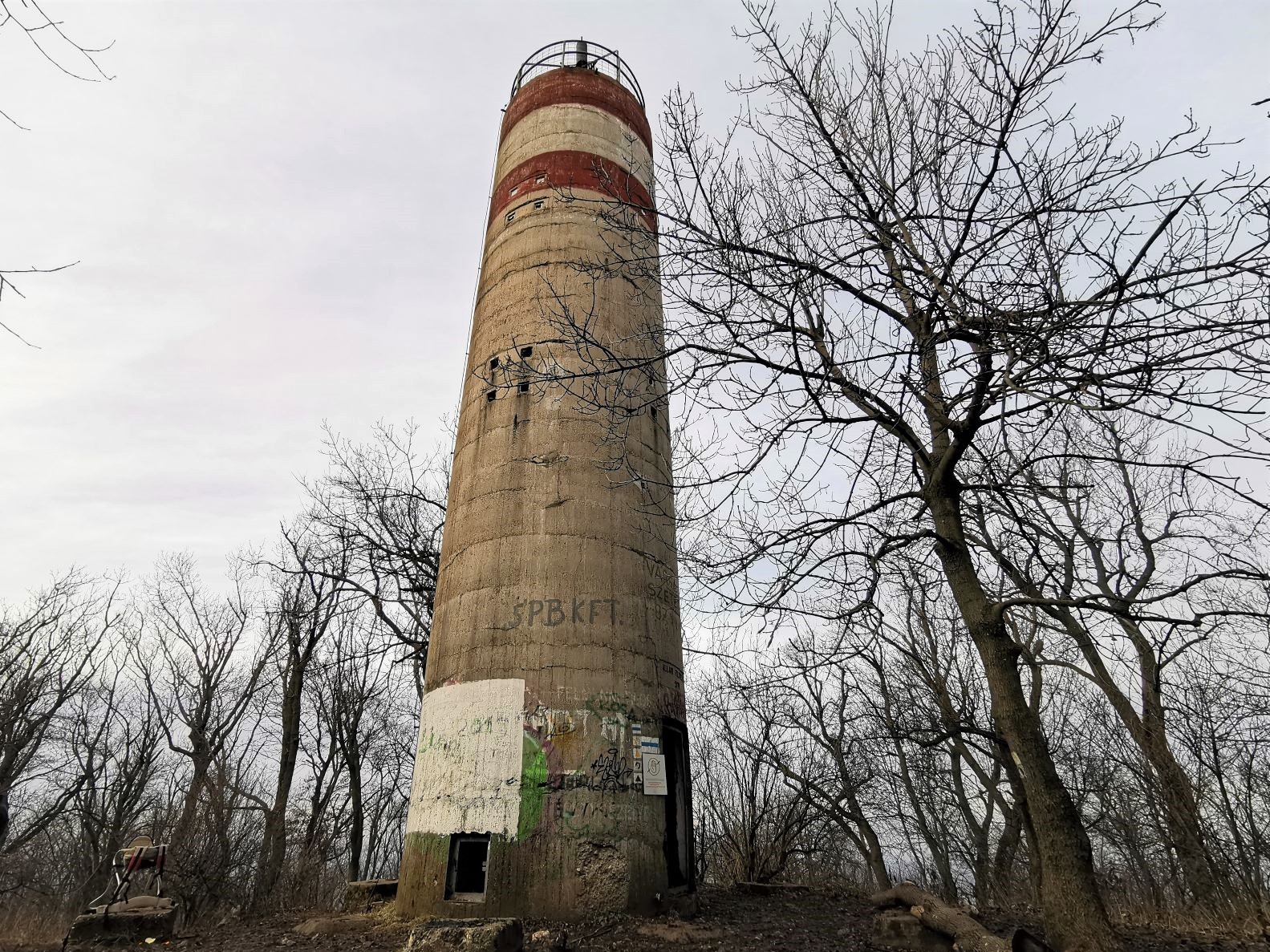 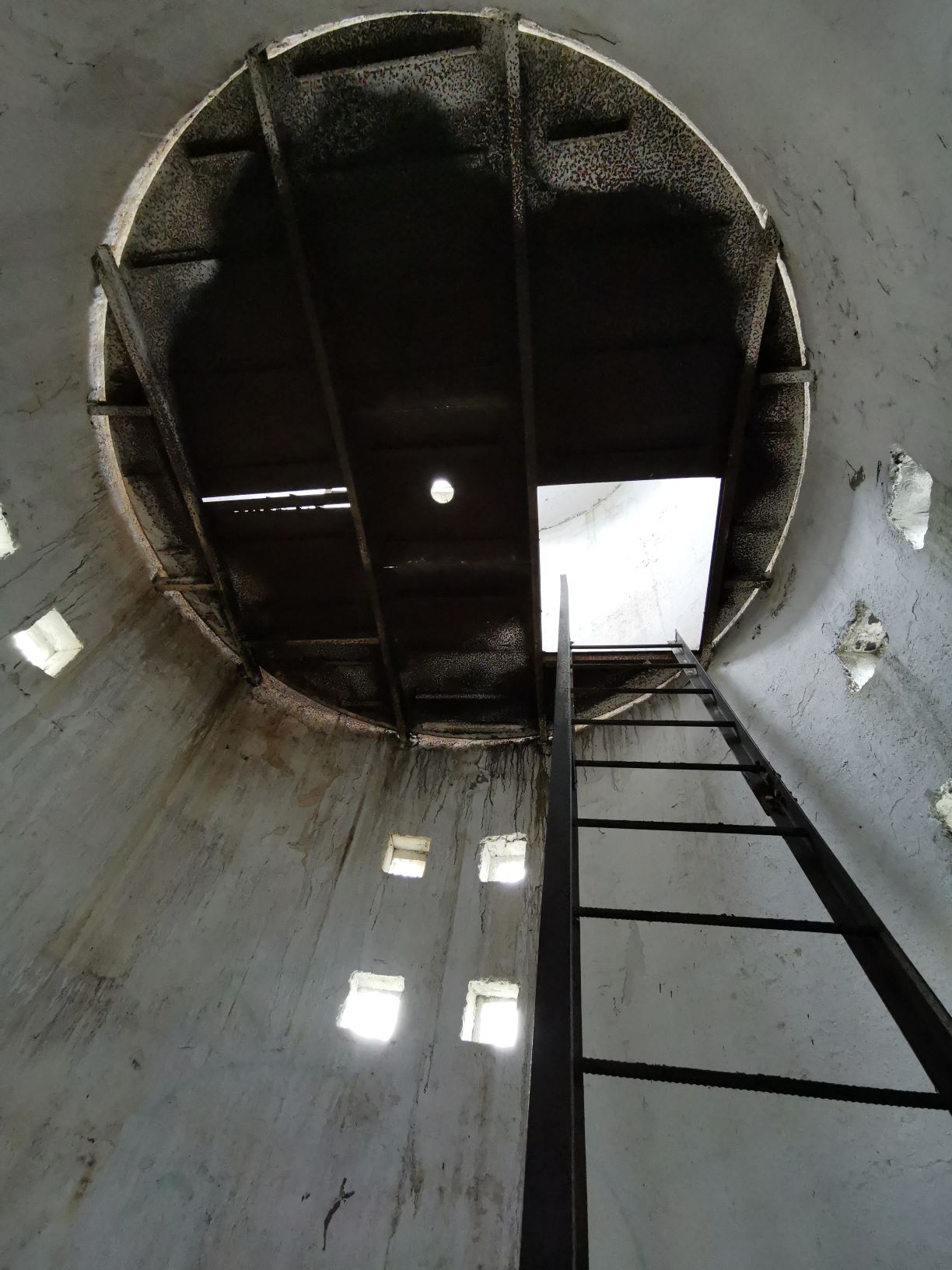 I would recommend going up only at your own risk. Although the climbing was challenging for me as I have fear of heights, the strong iron railings at the top gave me some confidence. If you don’t want to go up there, you don’t miss out on anything. Although the view from the tower is nice, there is another point on Naszály, from where the view of the Danube Bend is at least the same, if not more beautiful. Plus, you don’t even have to climb for it. 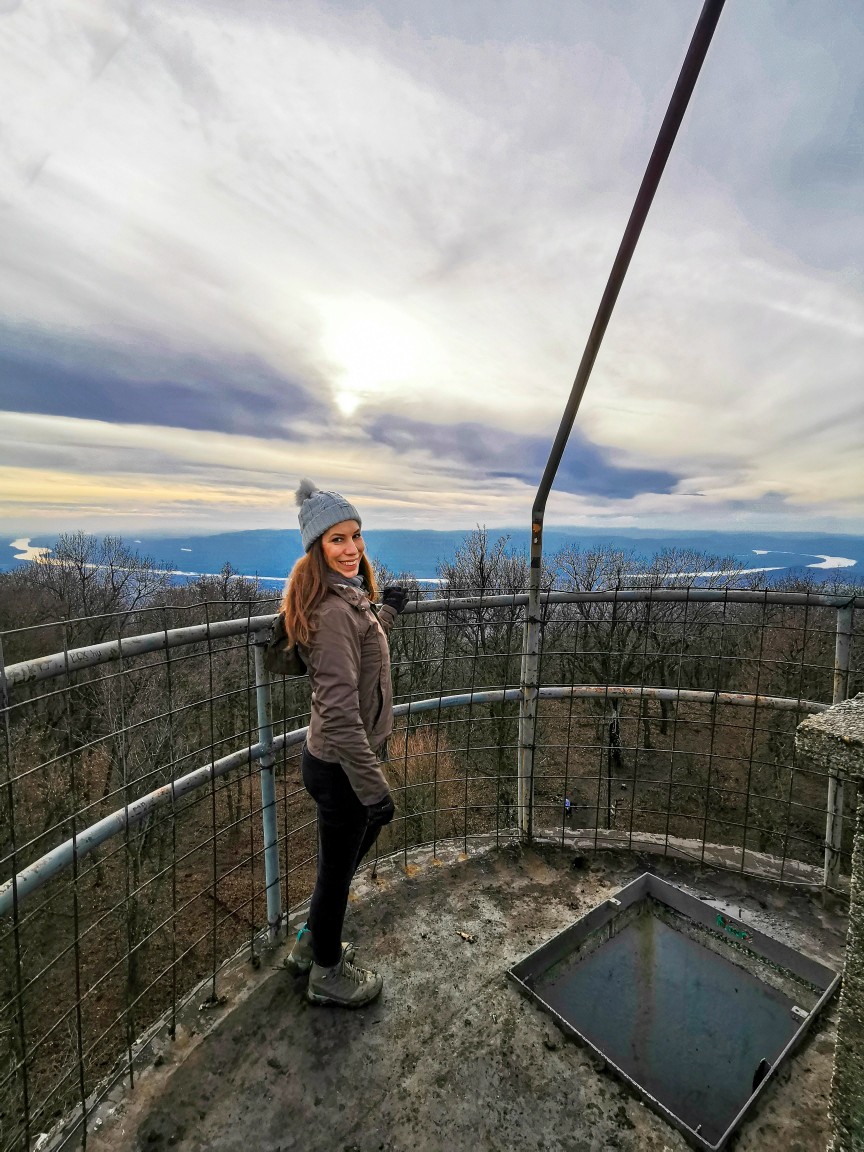 You should leave the national blue trail and continue your journey along with the blue triangle towards Látó Mountain, during which you pass an Arpad-era hillfort. Although you can already see the silhouette of the Danube Bend from here, walk to the Margaret’s Cross on Látó Mountain (534 m). From the rock edge, you can enjoy amazing views of the Danube ring, while in the horizon you can even admire the cityscape of Budapest.

In addition to enjoying the Danube, the natural lookout point is also a popular starting point for paragliders. So don’t be surprised to see people flying over the Danube in the sky. On the side of Látó Mountain, there is a landscape wound and limestone quarry mentioned in the introduction. Similar to Bél-kő (read my blog post HERE), it gives the appearance of a cut-in mountain.

Descending down the yellow cross trail from the mountain, there’s one more sight to visit before you get back to Kosd. The quartz sandstone mine, known as Nagybánya-kő, has been known since the 1680s. The well-carved, resistant yellowish-brown-reddish rock is recalled in late-Baroque architectural masterpieces of Vác, but it has also been used as a binder for many buildings in the area. The area of the “marble quarry” in Naszály is free to explore and information boards give us an insight into the history of the formation of sedimentary rock. 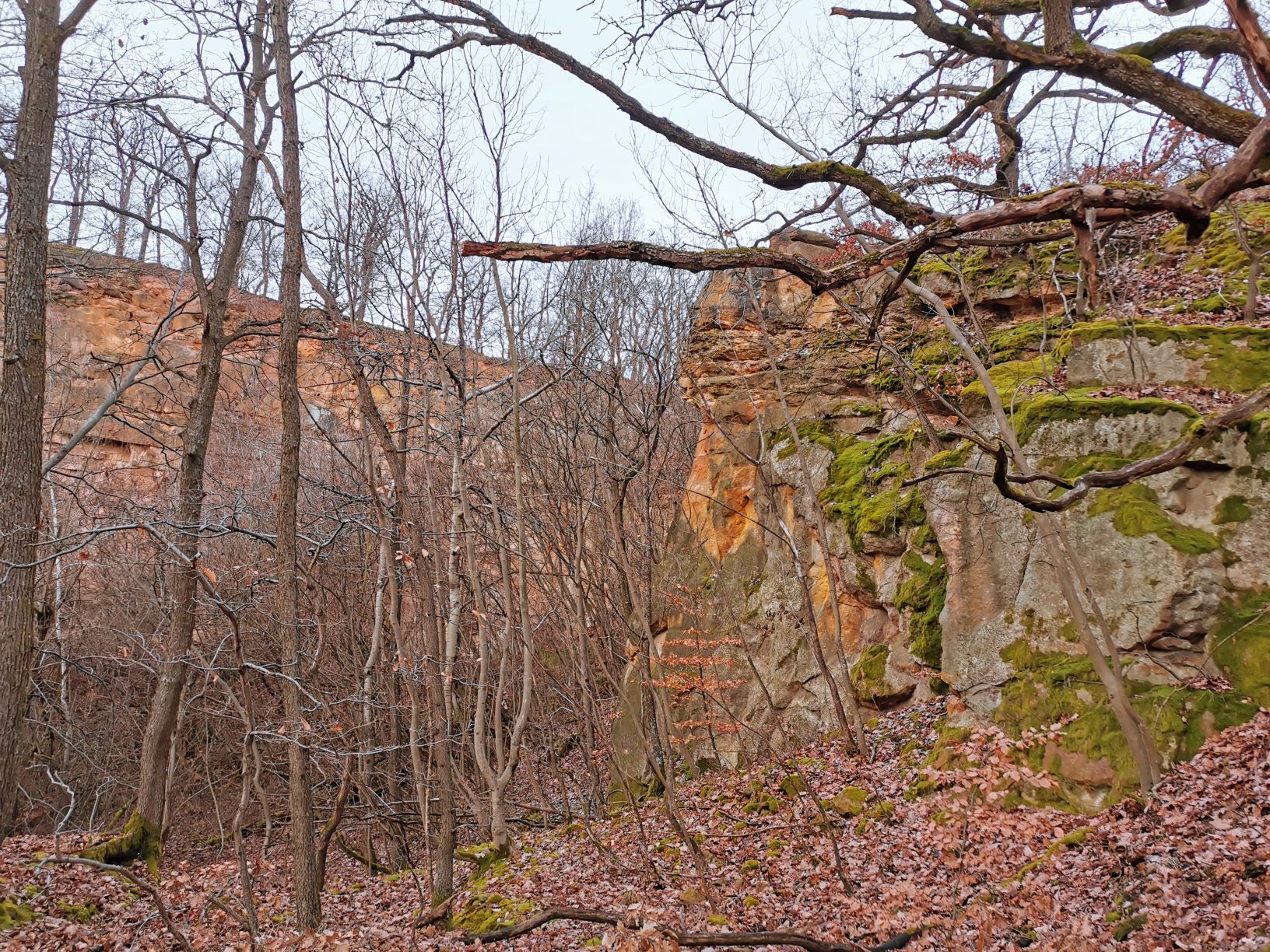 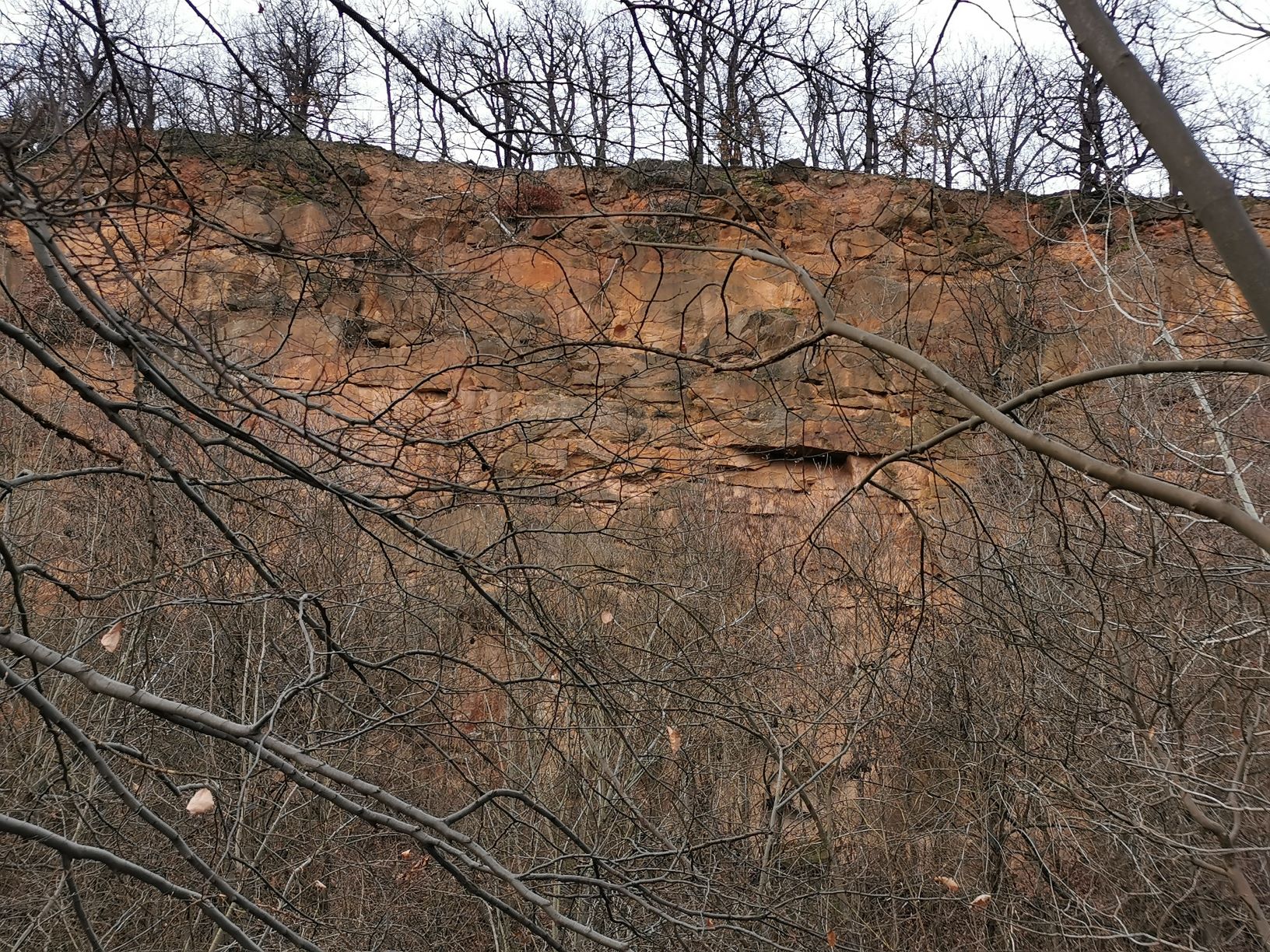