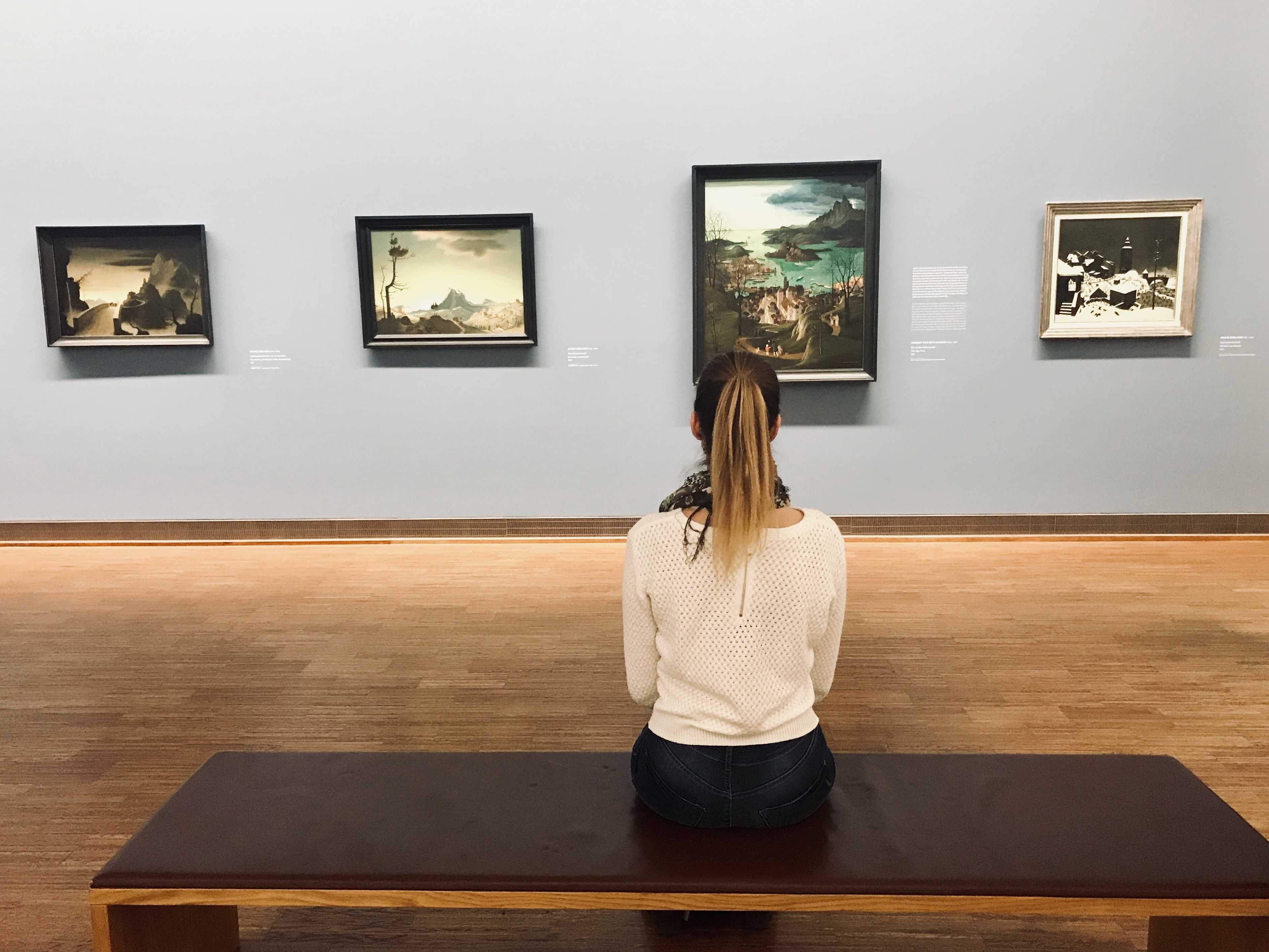 Superstition says what you do on the first day of the new year that will greatly define your whole year. Based on a spontaneous idea, I decided to travel on January 1st just to make sure my year 2019 shall be good. I headed for the Austrian capital and didn’t stop until the Monet exhibition. Upon arrival at Vienna train station, I’m greeted by a swelling wind. It’s the first day of the year. It’s as clean as the first page of a booklet. The cold helps calm my thoughts and tightens my coat as I head towards the Albertina Museum on the deserted streets of Vienna. As I approach the city center, the former calm atmosphere is suddenly replaced by gloom, the street is filled with life.

People with red faces are heading to Hotel Sacher to drink their first coffee of the year and eat a slice of cake. Others watch the Concert of the Vienna Philharmonic on the outside projectors of the opera house, while many stand in a row outside the Albertina Museum to enjoy the visual experience Monet has left us. The exhibition, which has been collected from around the world and features nearly 100 images, is open until January 6, 2019. If you’d like to see it in the final week, it’s highly recommended that you buy a ticket online in advance if you wish to avoid several hours of waiting. 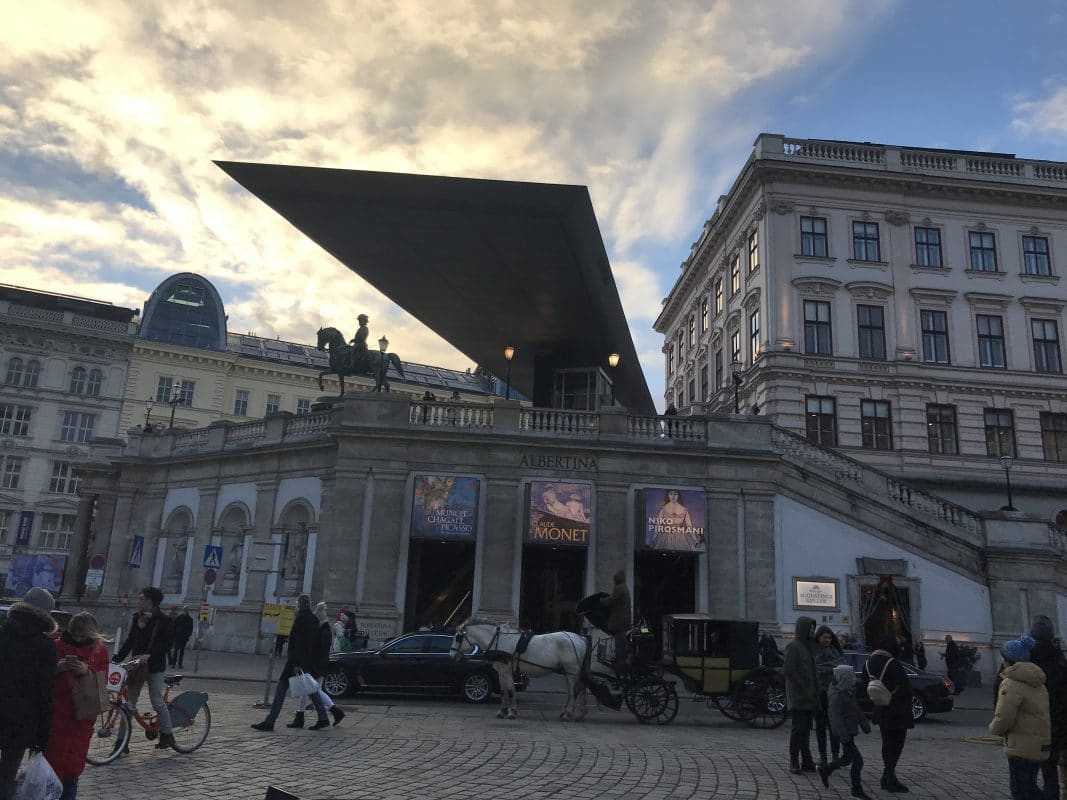 The life of Claude Monet, an outstanding figure of French Impressionism, is introduced through stages with help of beautiful images. From the Argenteuil years to the deprivation of Vétheul, to the era of fulfillment in Giverny, where he spent his last 40 years. Later, he painted the amazing water lily pictures that were my favorite in high school art history classes. Without the need for completeness, I have brought the following pictures and accompanying descriptions of the exhibition, from Monet’s legacy.

In addition to natural beauties, we can also witness intimate moments in Monet’s paintings. As Camille glances through the window from the cold winter yard or embroidered in the rose luge next to a playful toddler, they illustrate the painter’s strong connection to his first wife. He had two sons. The first was Jean Monet, according to the spirit of the era, in an illegal way, because at birth the painter and his muse were not married. After the birth of their second son Michel, Camille became very weak and died of an illness. After the untimely death of his wife, Monet married the widow of his patron, Ernest Hoschede, and fostered his six children too.

The poster of the Monet exhibition is “The Row Boat” (1887), which came all the way from Tokyo to Vienna to admire the grand prize. The image captures the boating of Suzanne and Blanche, Monet’s two stepdaughters, on the lake that later became the home of the world-famous water lilies on the painter’s estate. With its beautiful light play, shades of blue and pink, it became one of Monet’s most famous images.

With the Valley of the Creuse (1889) a new chapter began in Monet’s life when he started to paint the same motif on canvas from different positions of the day. Accordingly, he worked simultaneously on four easels side by side to instantly track and capture the state of the sun’s rays and light conditions on the canvas.

After the age of 40, in the second fertile phase of his life, Monet created a Japanese garden on Giverny’s estate, with a lake full of sad willow trees and water lilies, which became a popular motif of his late paintings. In summer, he set up his stand directly on the shore of the lake, while in winter he set up his tripod in the greenhouse and worked from there. The painter’s 1908 exhibition of water lilies was a national event in France and he was awarded the genius of genius with his paintings.

In the last year of his life, Monet went almost completely blind, but he did not stop painting. Relying on his instincts (like Beethoven) he no longer painted the roses and Japanese bridge on his estate with strong brush strokes and bright colors by observation, but by remembrance. Monet’s love of nature has haunted all his life. He loved watching nature come to life and flourish. He sought perfection, so the lake had to be regularly maintained and cleaned from falling leaves so that nothing would prevent the image of willows reflected in the water. The painter died in 1926, the 86th year of his life, and is one of the exceptional talents who has received recognition for their work in their lives.