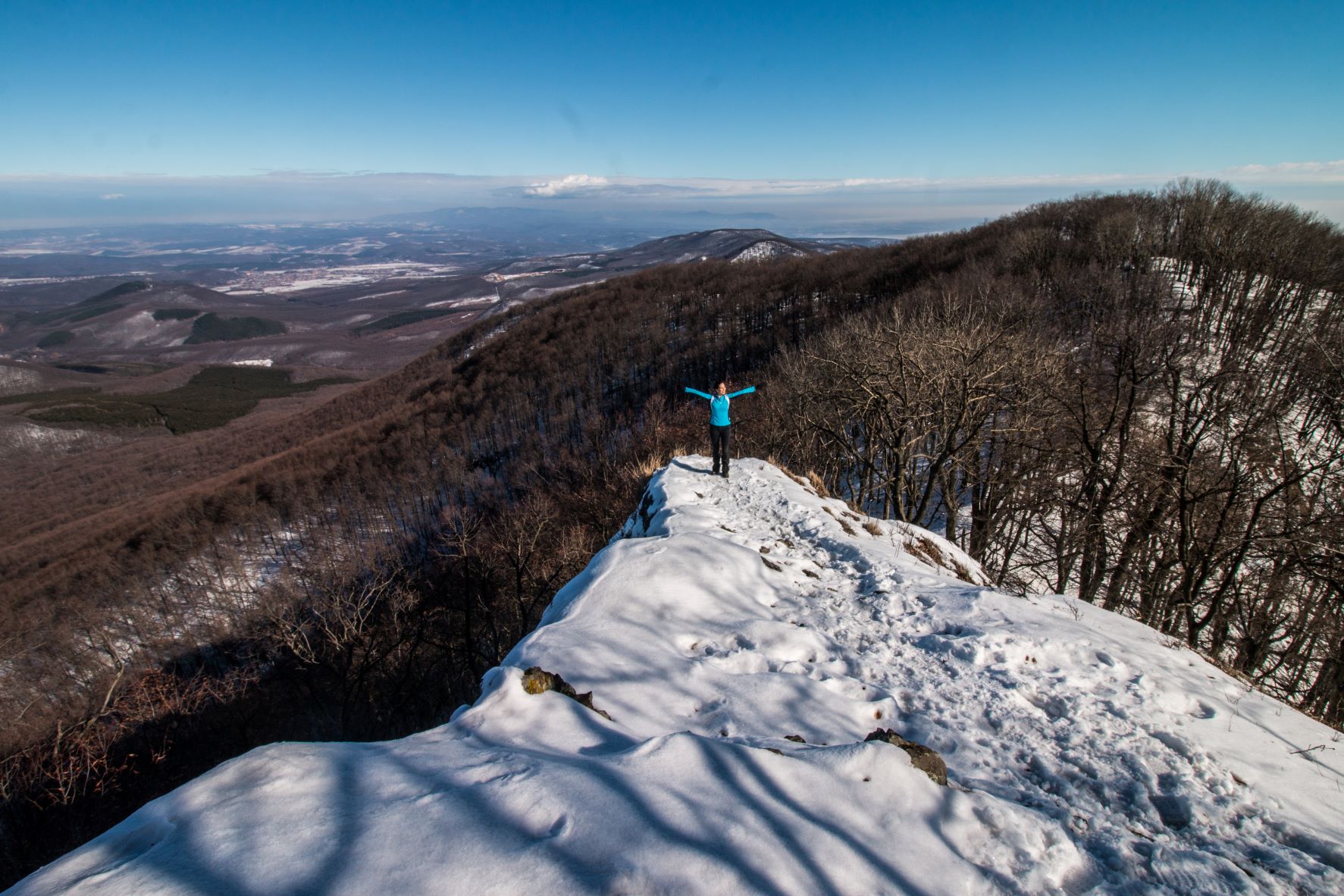 For some reason, the lookout towers are already a magnet for visitors from afar. The Mátra, which has the highest peak in Hungary, is fortunately rich in stunning panoramic points. Based on my personal hiking experiences, here is a guide for the most beautiful Mátra lookouts, which I recommend with a good heart to the little ones and the big ones striving for top experiences. 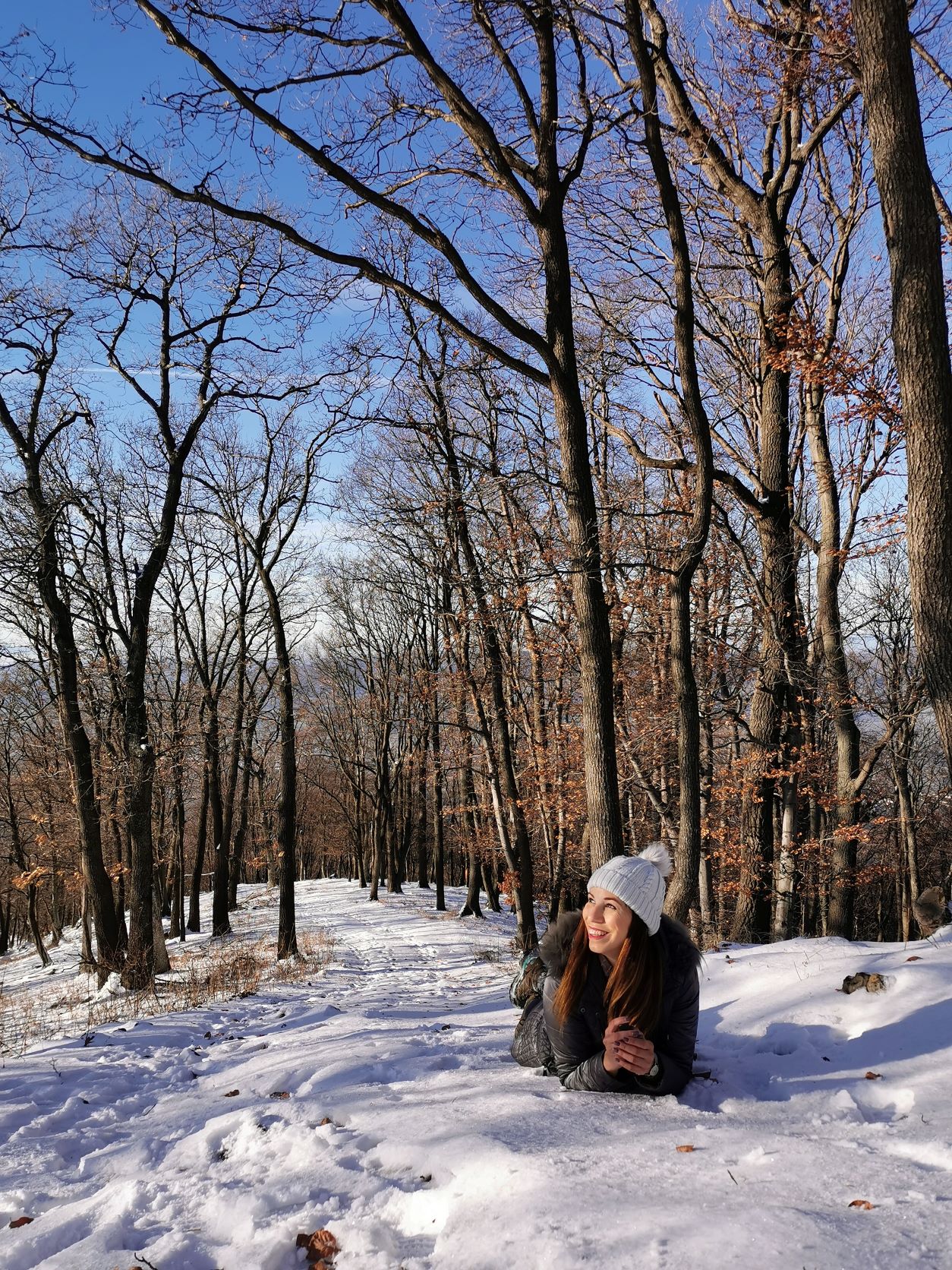 One of my personal favorites is the Galya-tető lookout tower, which was erected from andesite, one of the main components of the Mátra, in 1934. Standing on top of Péter hegyese mountain, which is 960 meters high, the tower was quickly discovered by hikers. From the top, you can see the High Tatras in clear weather, in addition to Bükk and Mátra. As time passed trees near the lookout tower overgrown on the original 17-meter tower, so its reconstruction became necessary. 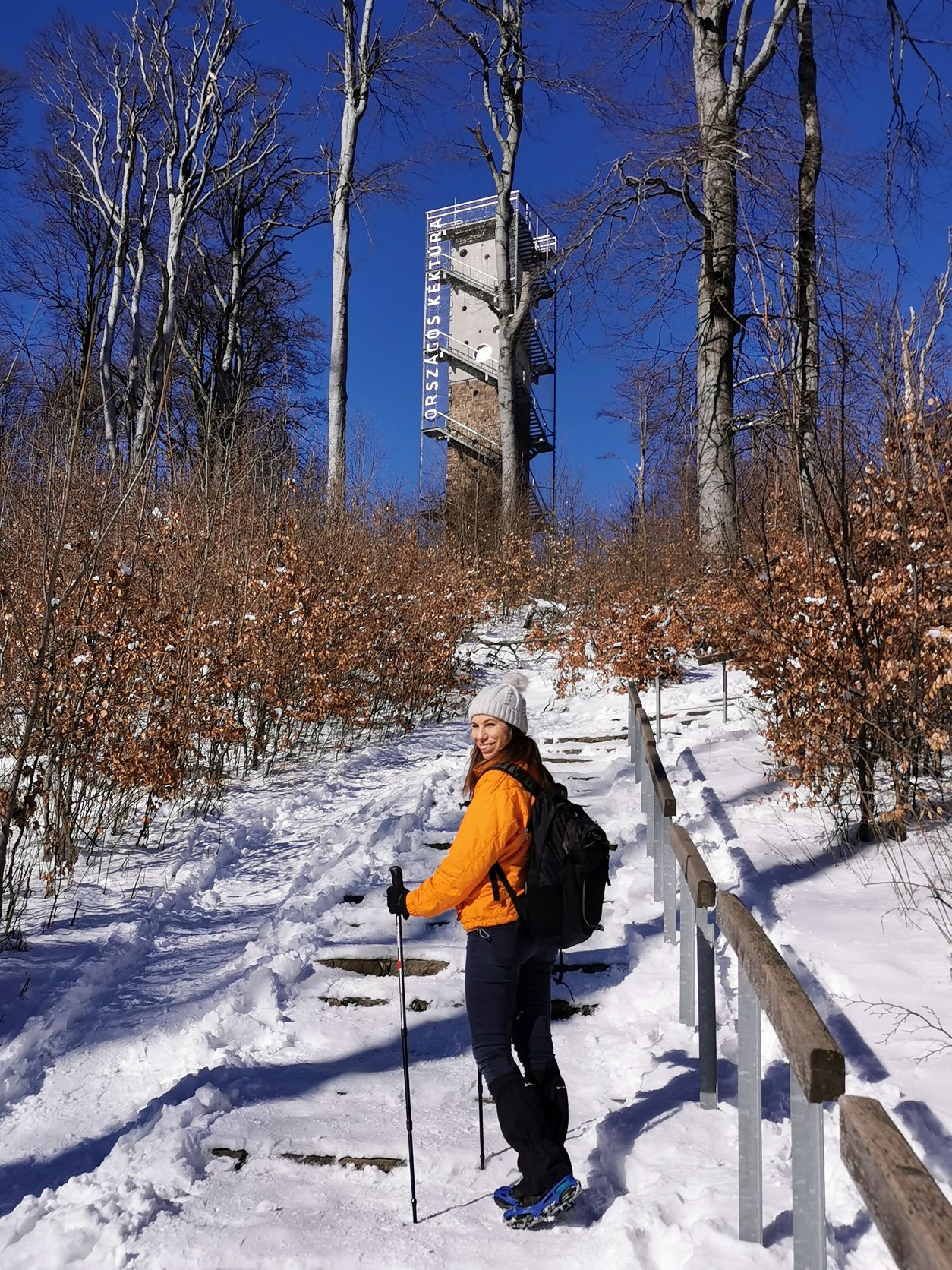 Galya-tető acquired its current form in 2014 as part of a reconstruction program, where an extra 10 meters was pulled onto the old tower. Visitors can go up to the top of the lookout tower through 162 transparent steel staircases 200 HUF entrance fee. Although the stairs were terrifying at first, it would have been a shame to miss the 360-degree panorama from an altitude of almost 1,000 meters. Another interesting feature of Galya-tető is that there are 5-seat bivouac accommodations on three levels, where hikers can spend the night. 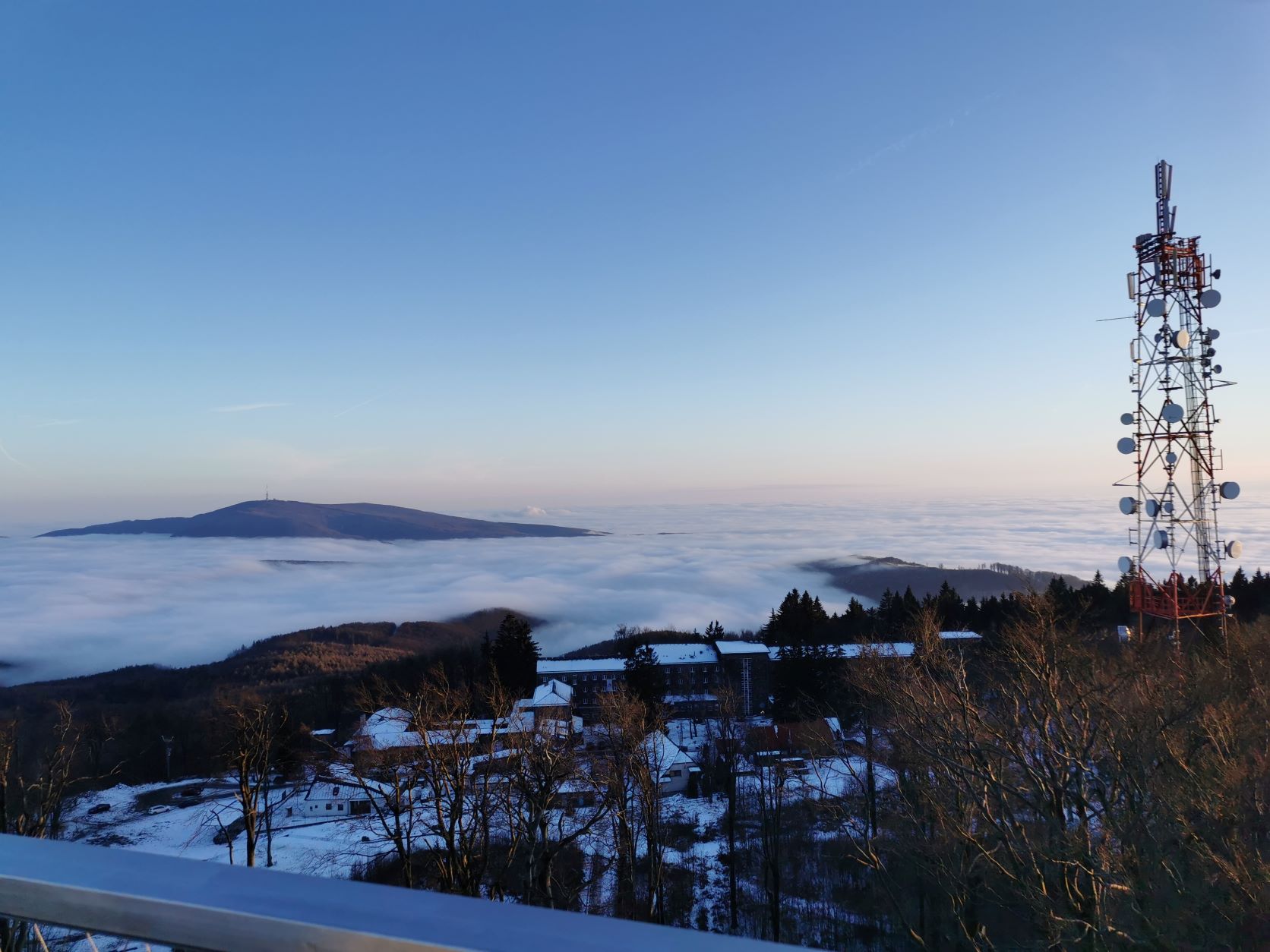 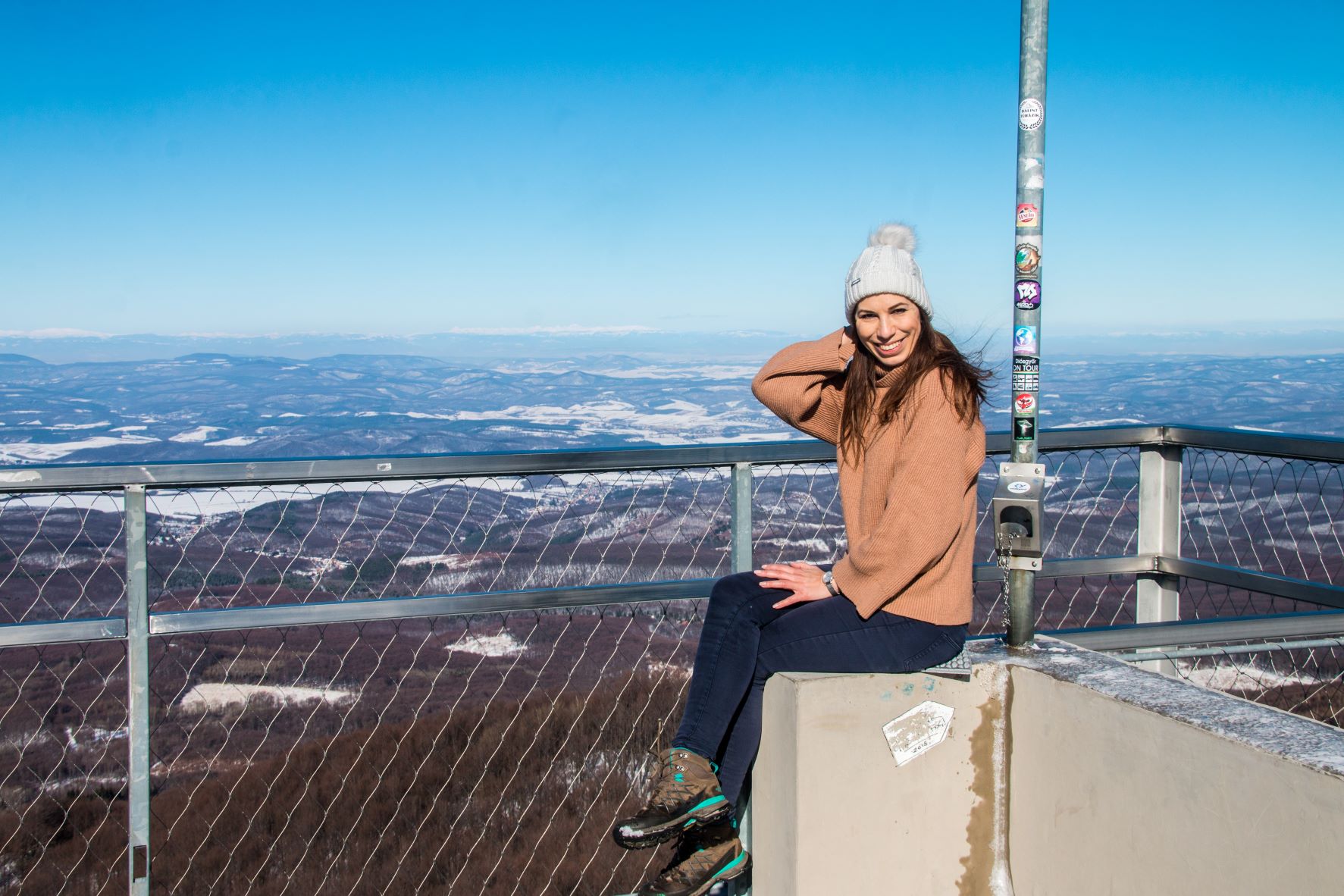 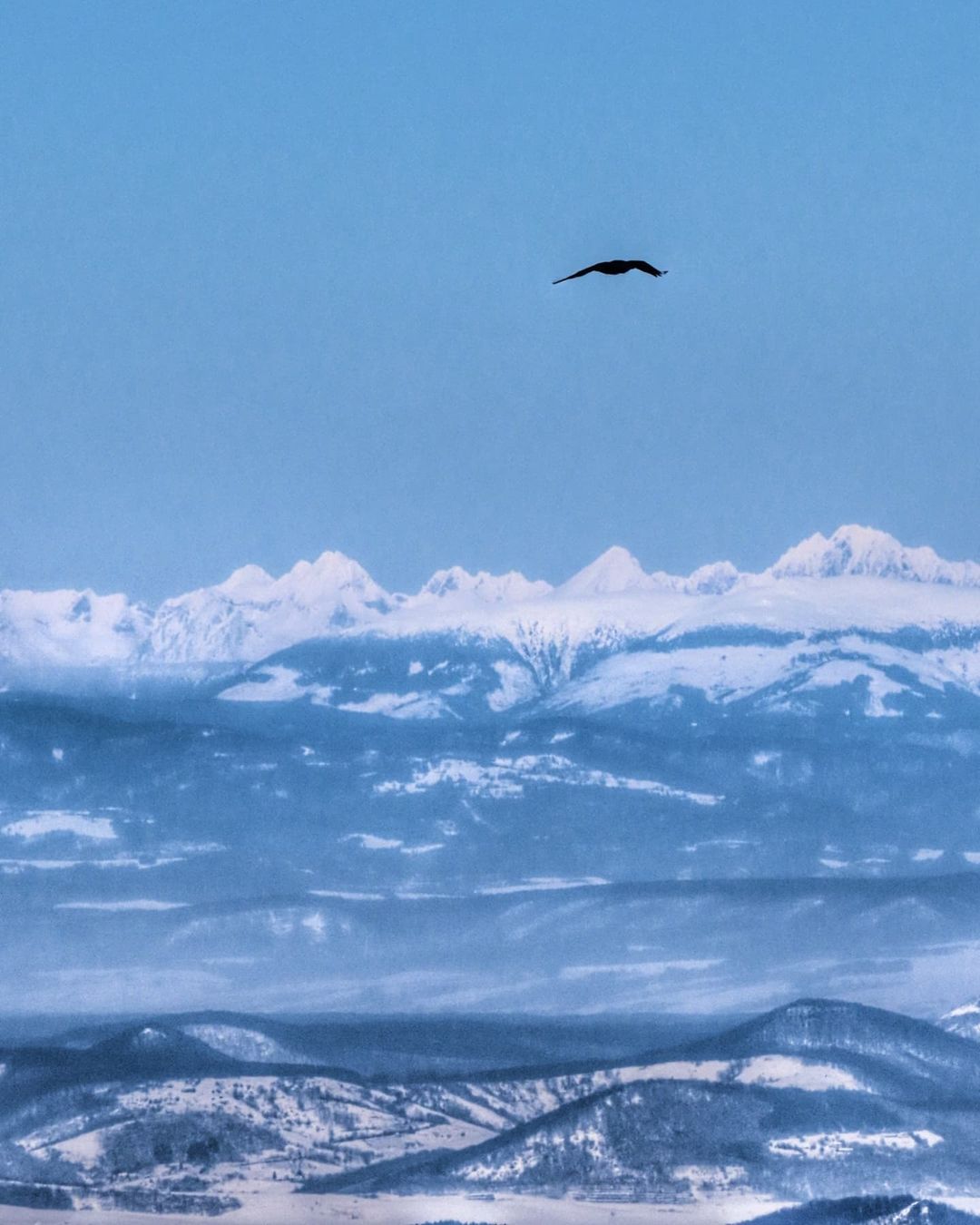 Hiking guide: walk 150 meters from the Galyatető Tourist Centre and you will reach the tower. Follow the National Blue Trail sign 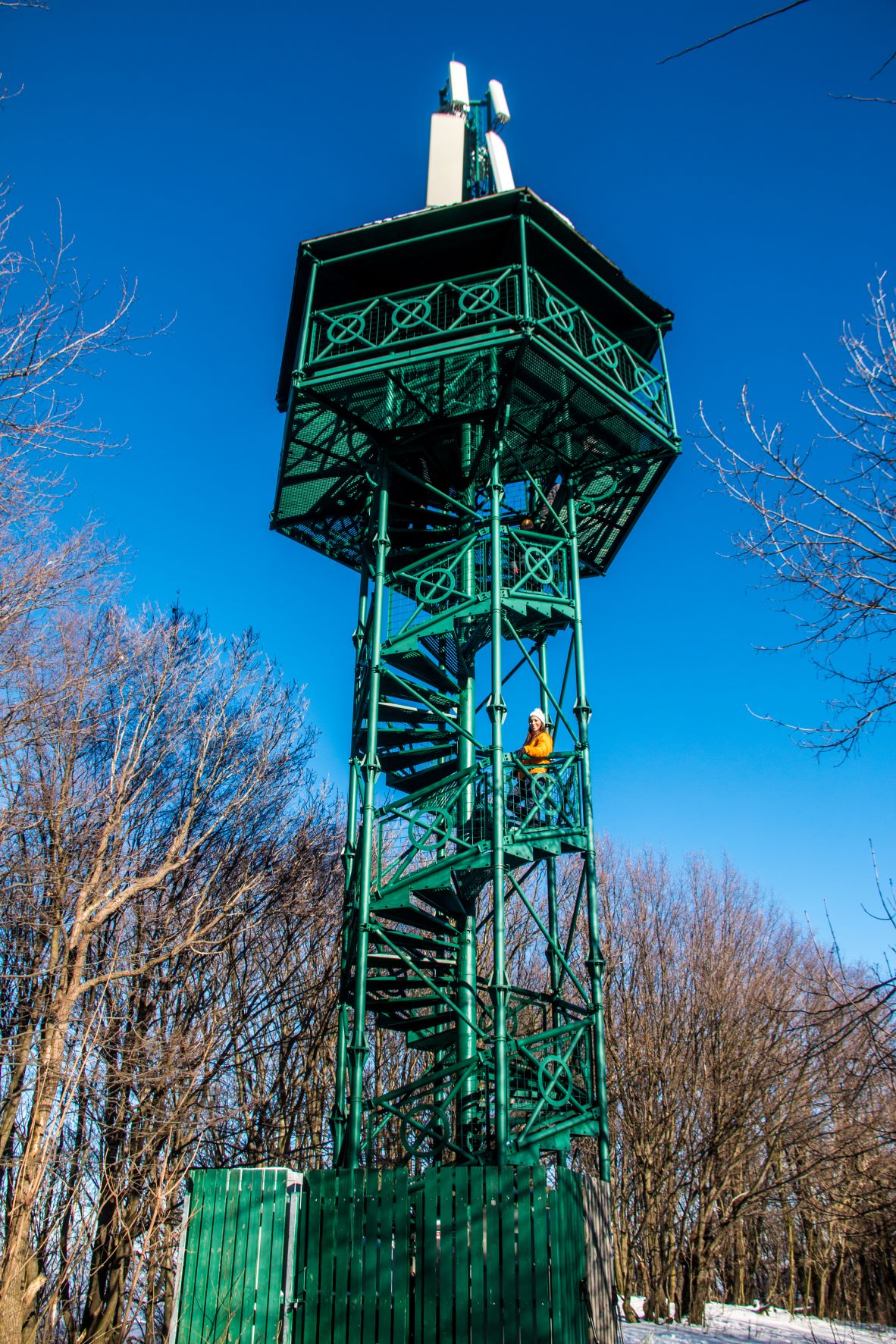 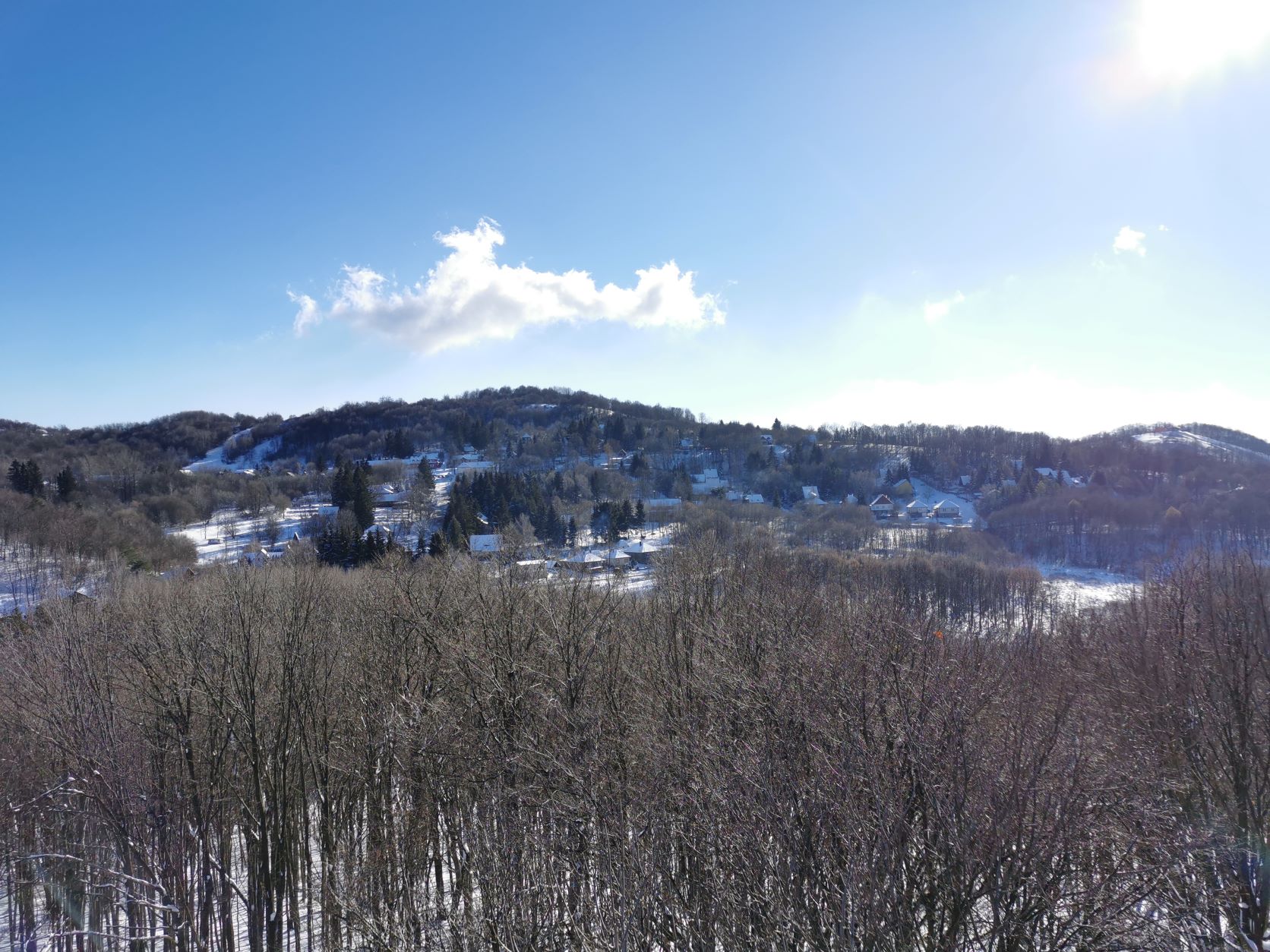 The tower, which is open at all times of the year and is free to visit, can be accessed via spiral staircases. From its terrace, besides the Galya-tető lookout tower, there are parade views of Mátraszentistván, the Karancs-Medves region and the Low/High Tatra mountain ranges. 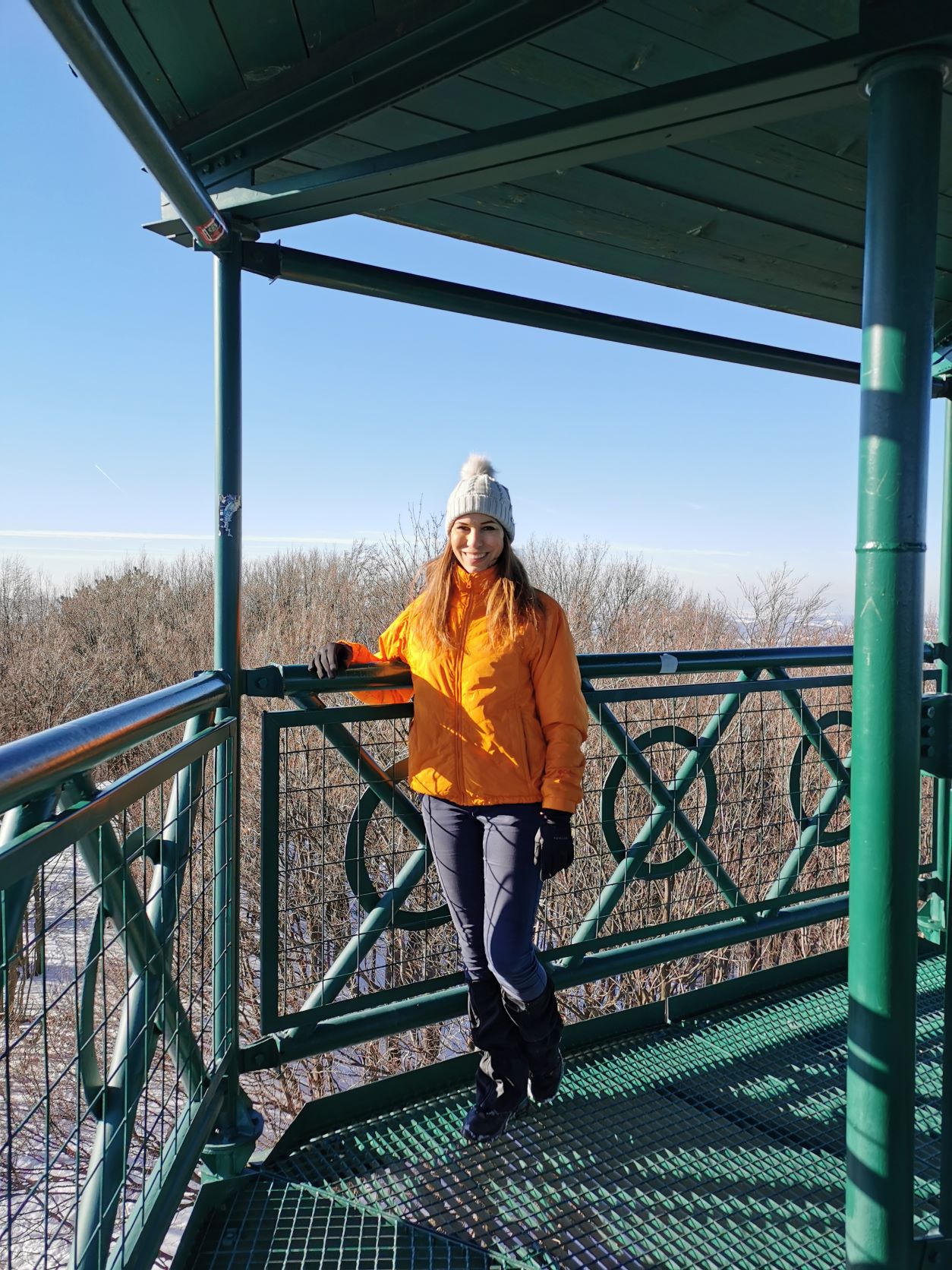 Hiking guide: the tower can be reached by a short walk (about 500 m) on the yellow sign from Mátraszentászló from Kossuth Street.

The Kozmáry lookout tower, which is the symbol of the Mátra and is already visible in the form of a sign on the M3 motorway, is a popular destination for hikers with children. It is an easy walk away, it is a historic building, and it offers a beautiful panoramic view of Mátrafüred for 100 years.

Named after János Kozmáry, the former resort manager, you can find the lookout tower at the top of the 370-meter high Dobogó-hegy. From the top, the lower Eastern and Western Mátra peaks in addition to Gyöngyös city will definitely give you an unforgettable experience. 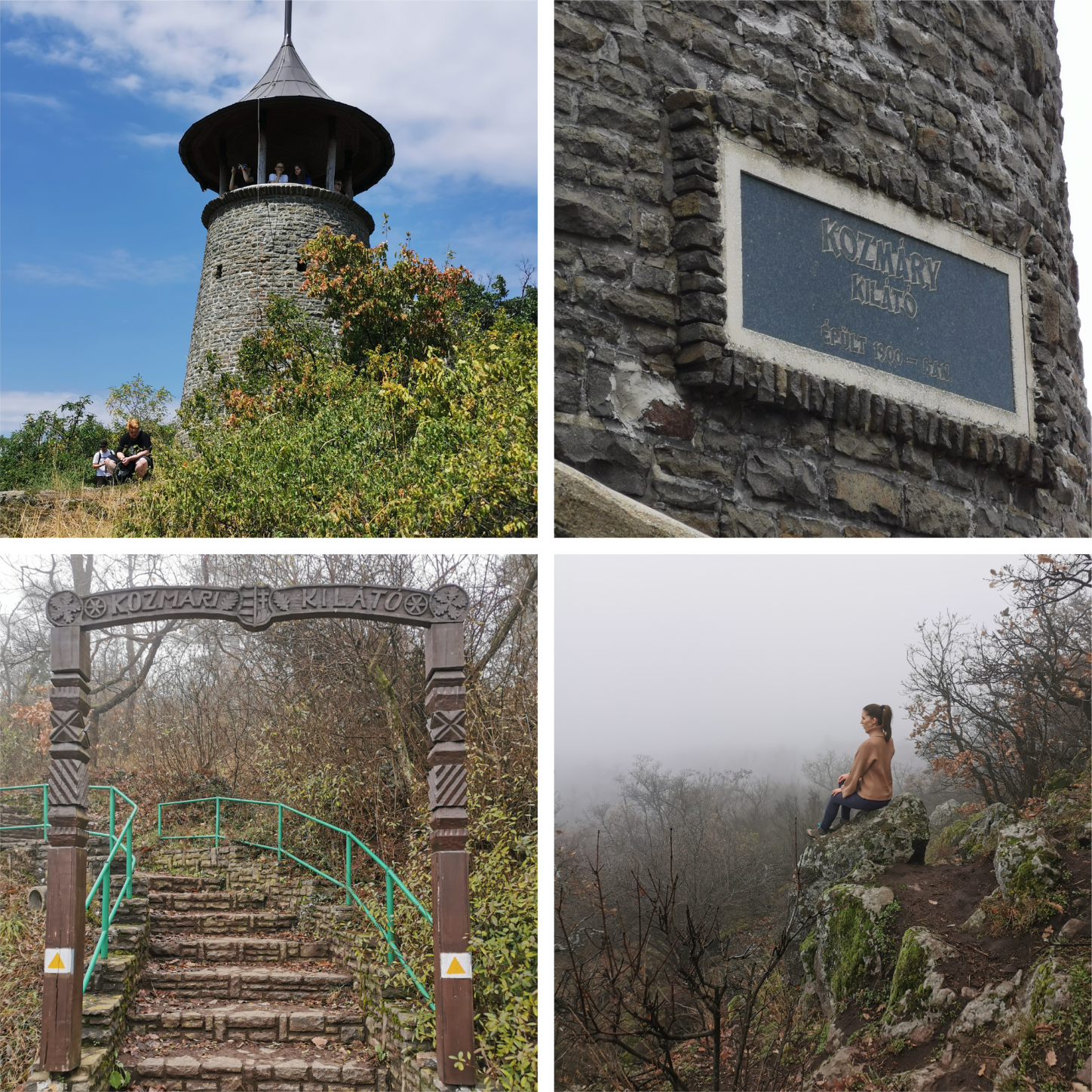 Hiking guide: from Mátrafüred, follow the yellow triangle sign from the end of Kilátó Street. Hike up the staircase that leads directly to the bottom of the Kozmáry lookout tower. If you have enough time, it is worth extending the hiking with additional panoramic points in Mátra. From Mátrafüred to Sástó, on the yellow triangle sign, you can find two further towers: Hanák-Kolos and Muzsla.

One of the most beautiful natural vantage points of the Mátra can be found near Kékestető, on the eastern ridge of the mountain range. The road to Saskő is a spectacular hike in itself, crowned by a magnificent view from the edge of the cliff face on 988 meters. 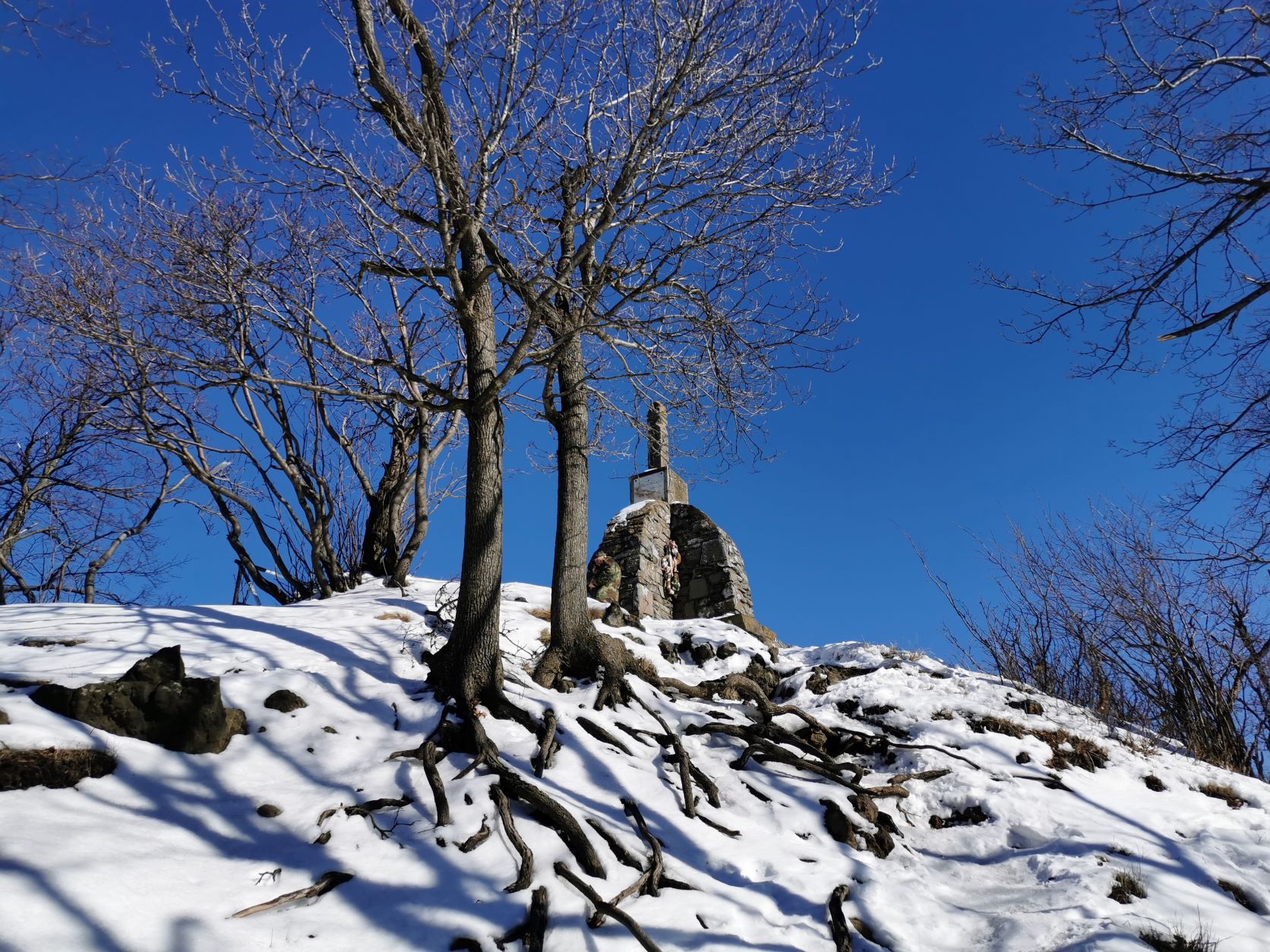 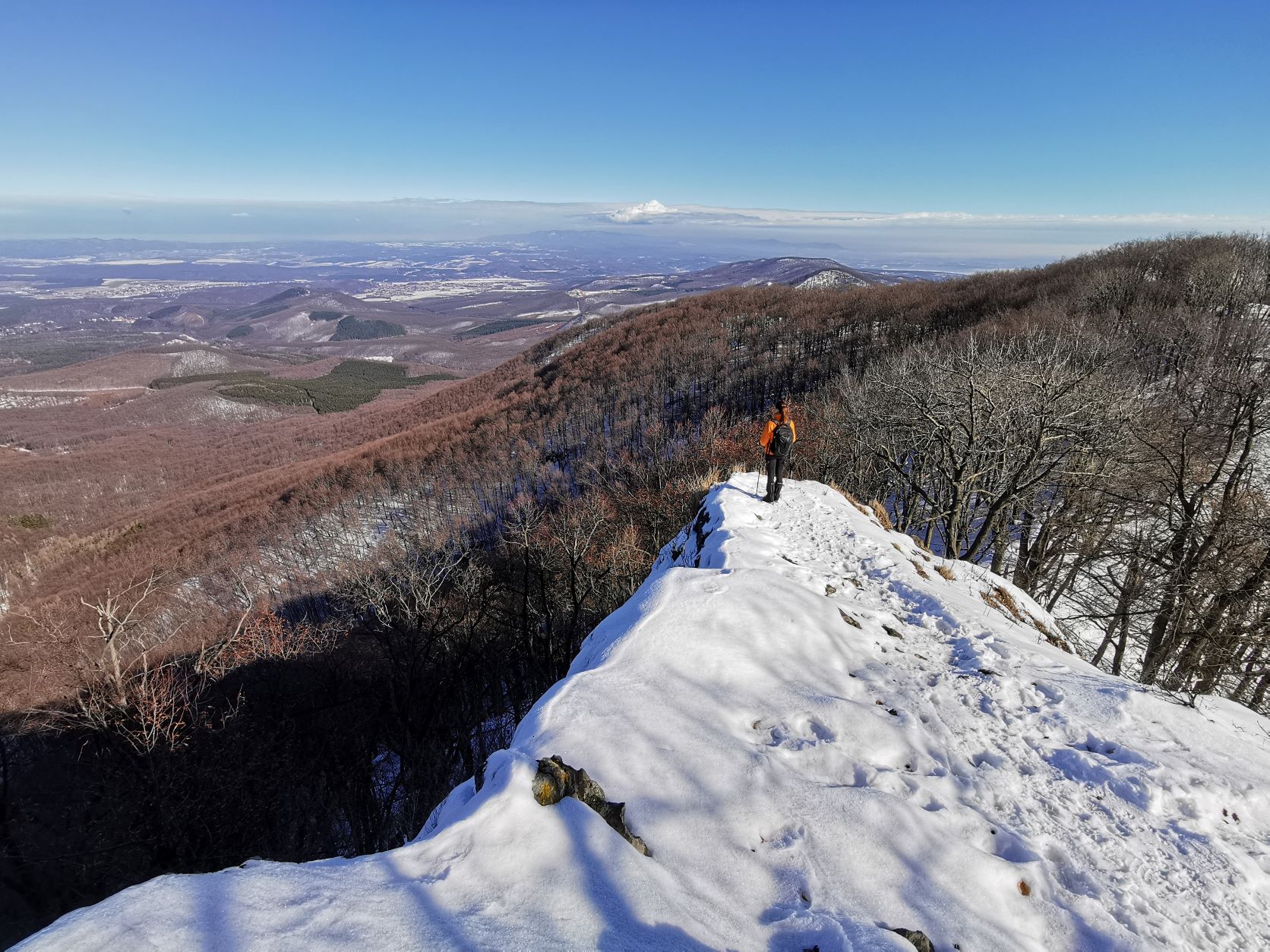 During the last ice age, the andesite-formed wages offer boundless views of Bükk towering behind the low Mátra ranges. While in the north you can admire the Tatra Mountains next to the Karancs-Medves plateau. For me, this place is one of the nicest points of the Mátra, which I hiked as part of my national blue trail. 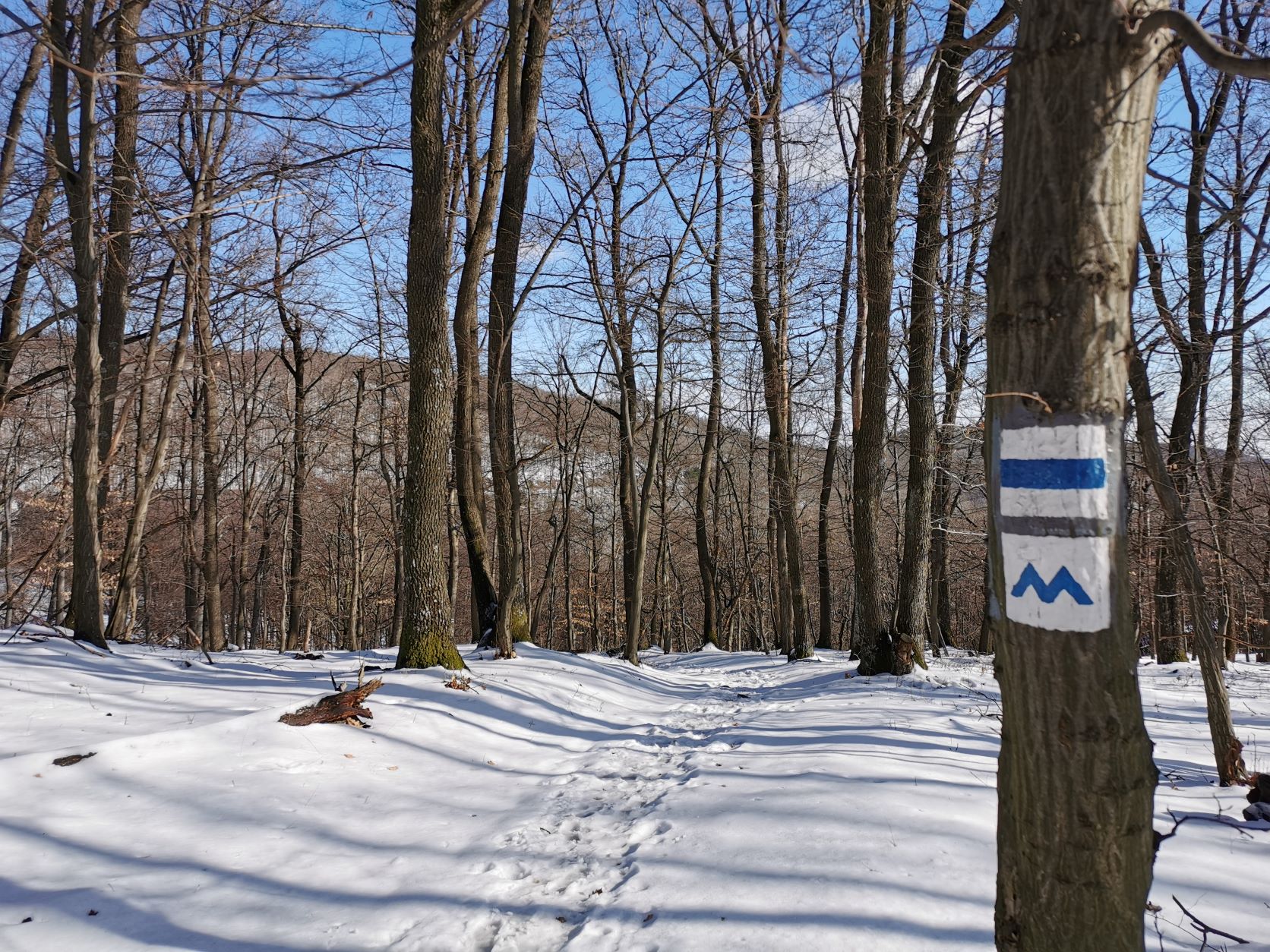 Hiking guide: follow the national blue sign from Kékestető. Saskő will be about 2 km away far, right next to the monument to tourists who died in World War I. If you are looking for more panoramic points nearby, you can also visit the Disznókő, 1 km far to the east direction on the national blue sign.

With the eclectic style it is the youngest lookout tower in the Mátra and definitely the most extraordinary one. The private-owned tower is on the 754-meter Nyikom peak and opened its doors to the public in 2014. The latter is meant literally. The owner-builder Zsolt Gortva – Borbála Jójárt couple intended to shelter the tower in addition to the panoramic function, where hikers can sleep. 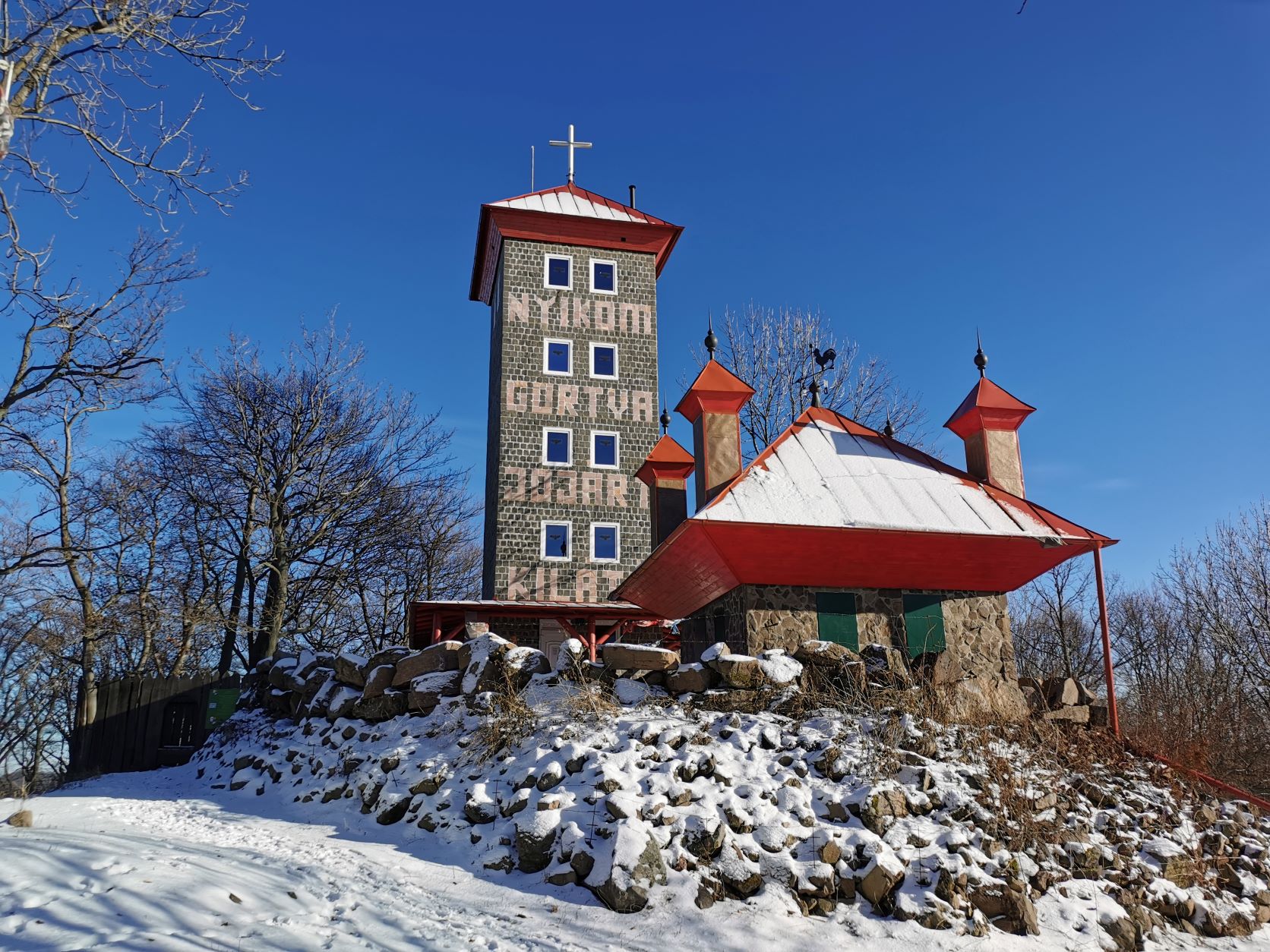 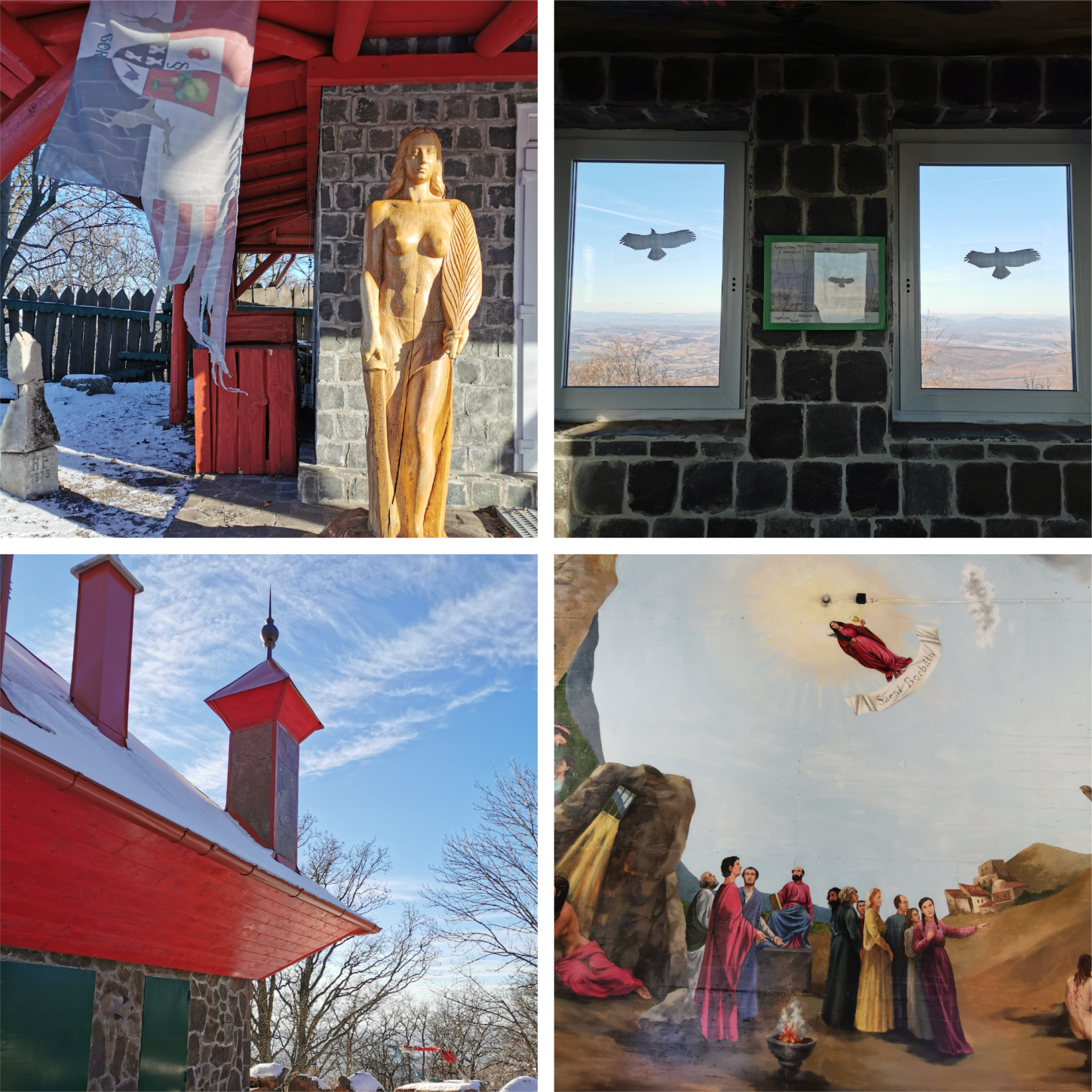 The multi-story building has a sofa, iron stove, benches, dining tables, cooking utensils, and books for the comfort of hikers. While on the ceilings of each level there are frescoes depicting special biblical and ancient scenes. Although all windows of the 22-meter lookout tower are closed, signs in all directions indicate the sight of peaks appearing on the horizon in all directions to help you navigate from the top floor. (e.g. Csóványos, Visegrad Mountains, Kékes, Ágasvár, Havas, Galya-tető) 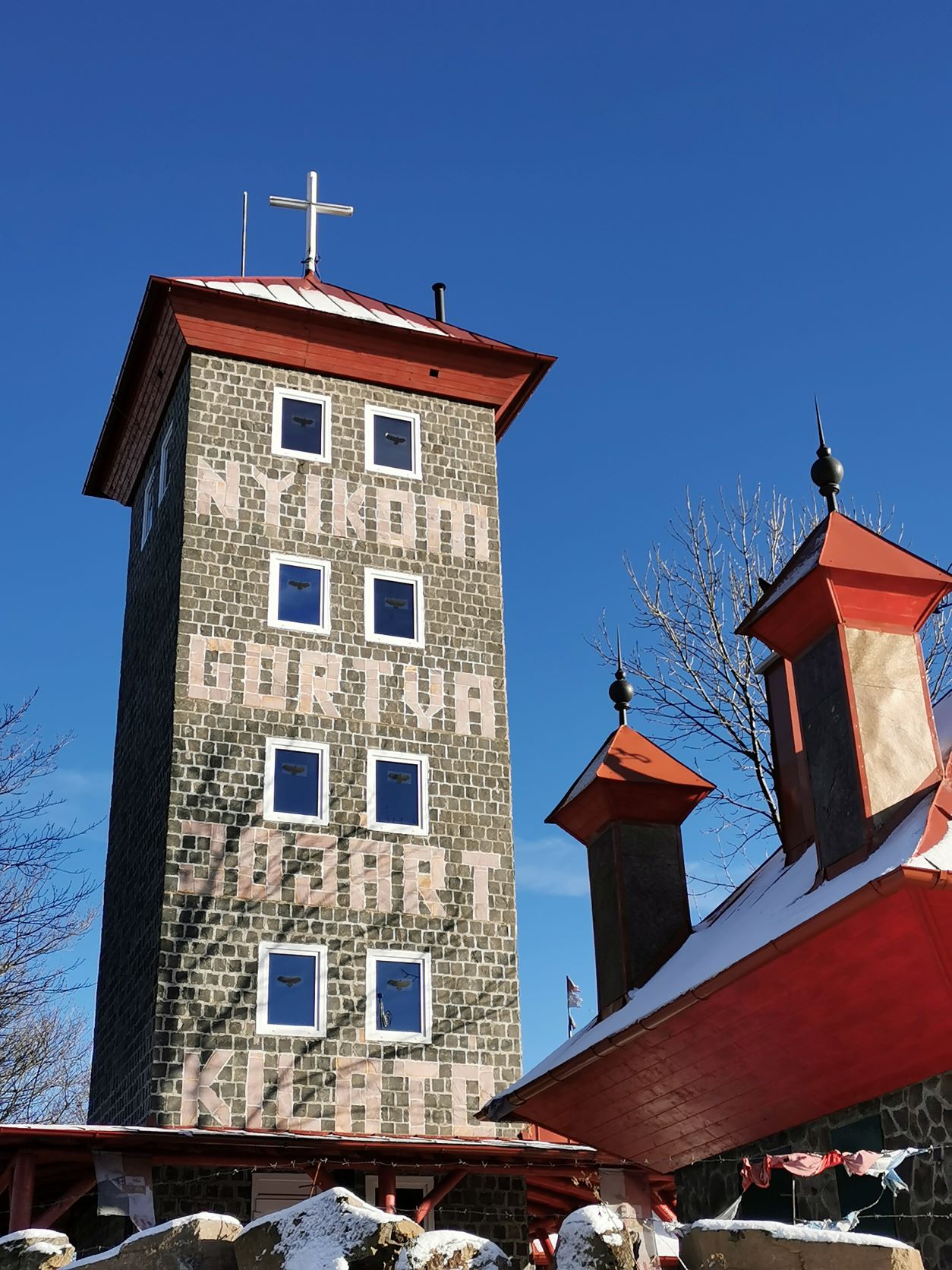 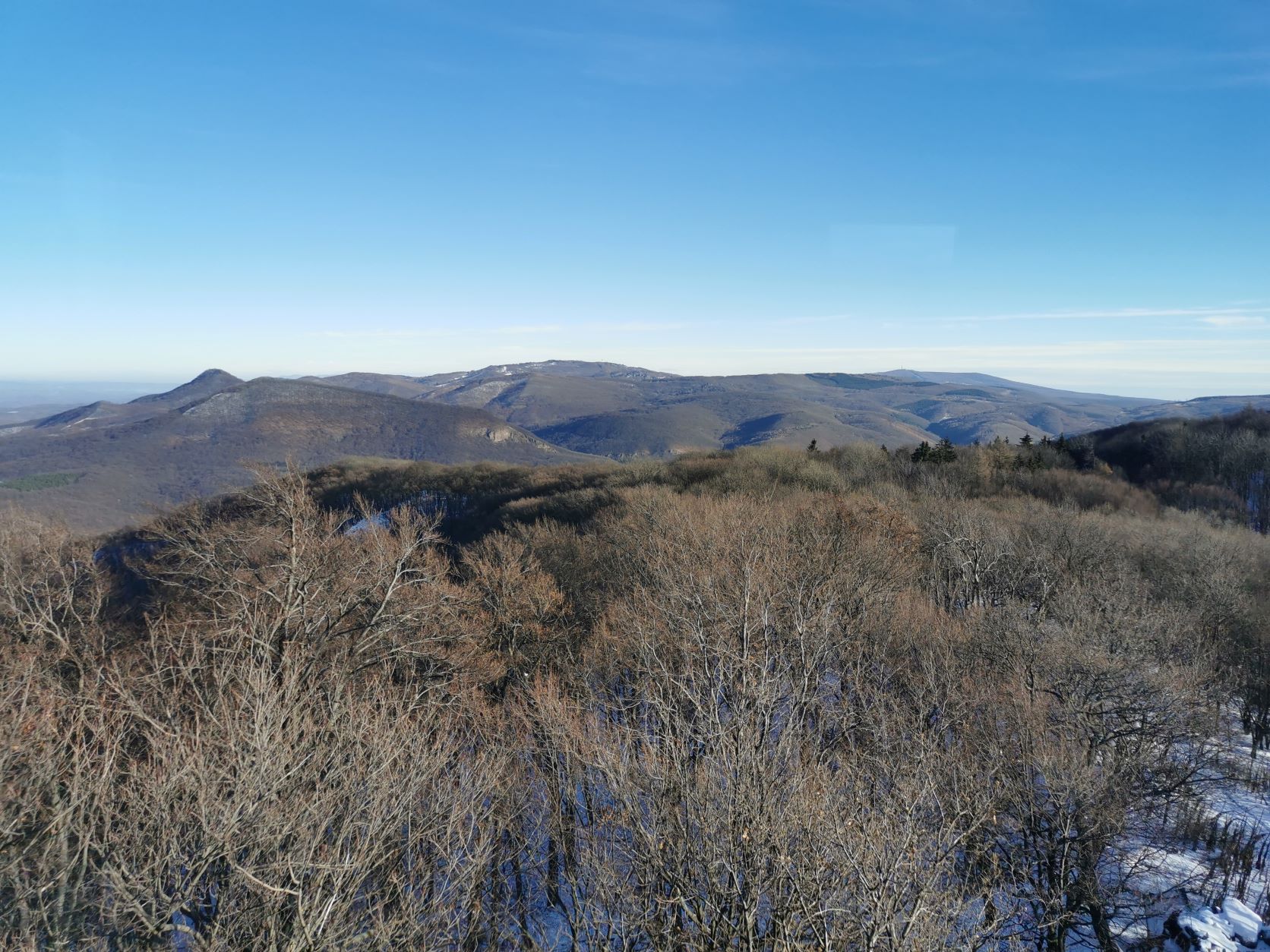 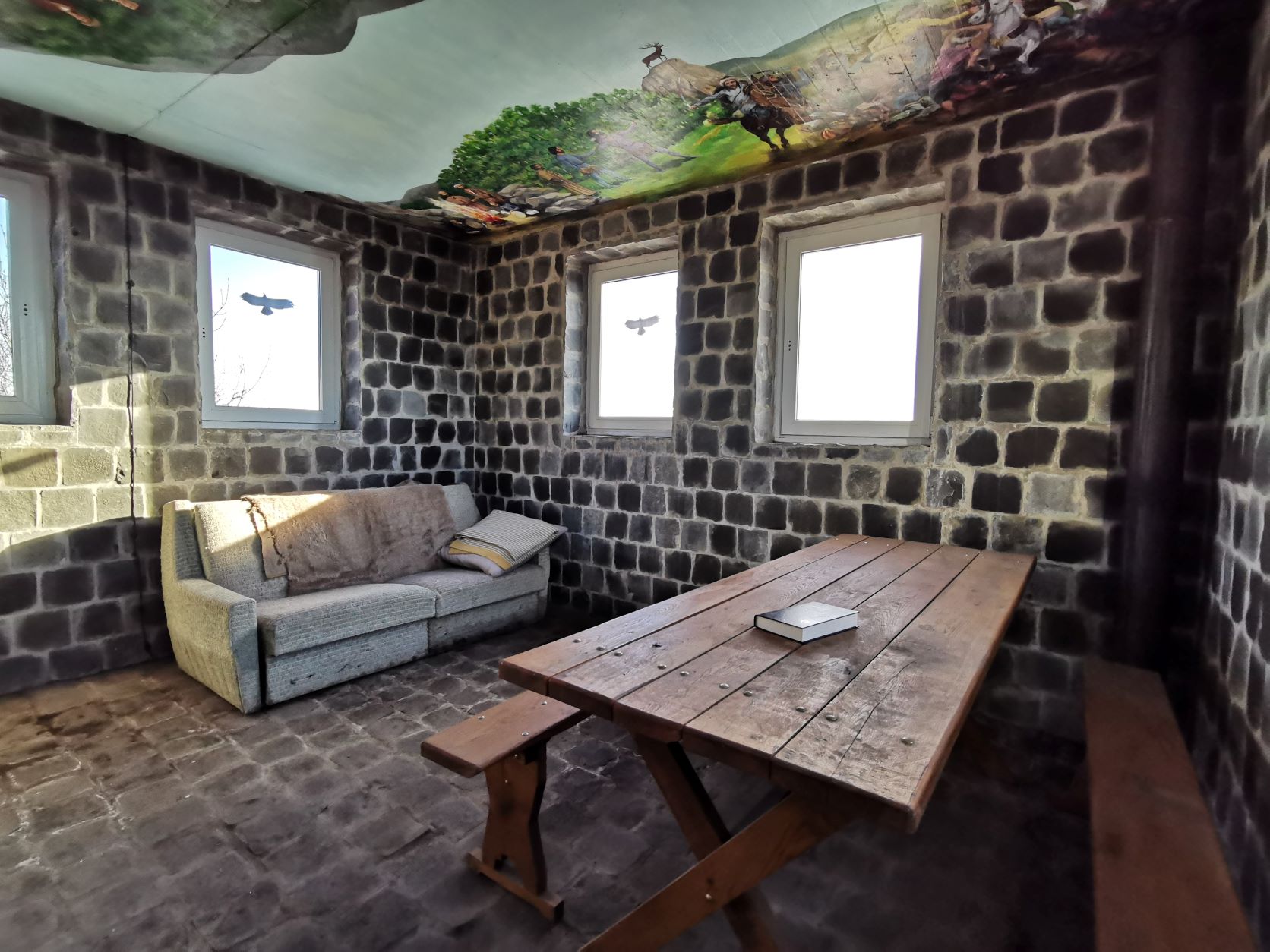 Hiking guide: the quickest way to get to the lookout point is via the green cross sign from Pásztó. While from Mátrakeresztes from Fakanalas csárda, follow the red cross and then the green cross sign. Whichever option you choose, prepare for steep uphill and elevation and only start the hiking with proper boots.

In addition to being the highest peak in Hungary, Kékestető is also one of the most important climatic places in the country thanks to its excellent air. On Kékestető, the boom of mountain and ski tourism dates back to the 1930s, when the predecessors of the still-functioning slopes opened. If you come to the the1,014-metre peak, don’t miss visiting the TV tower that was opened in 1981. 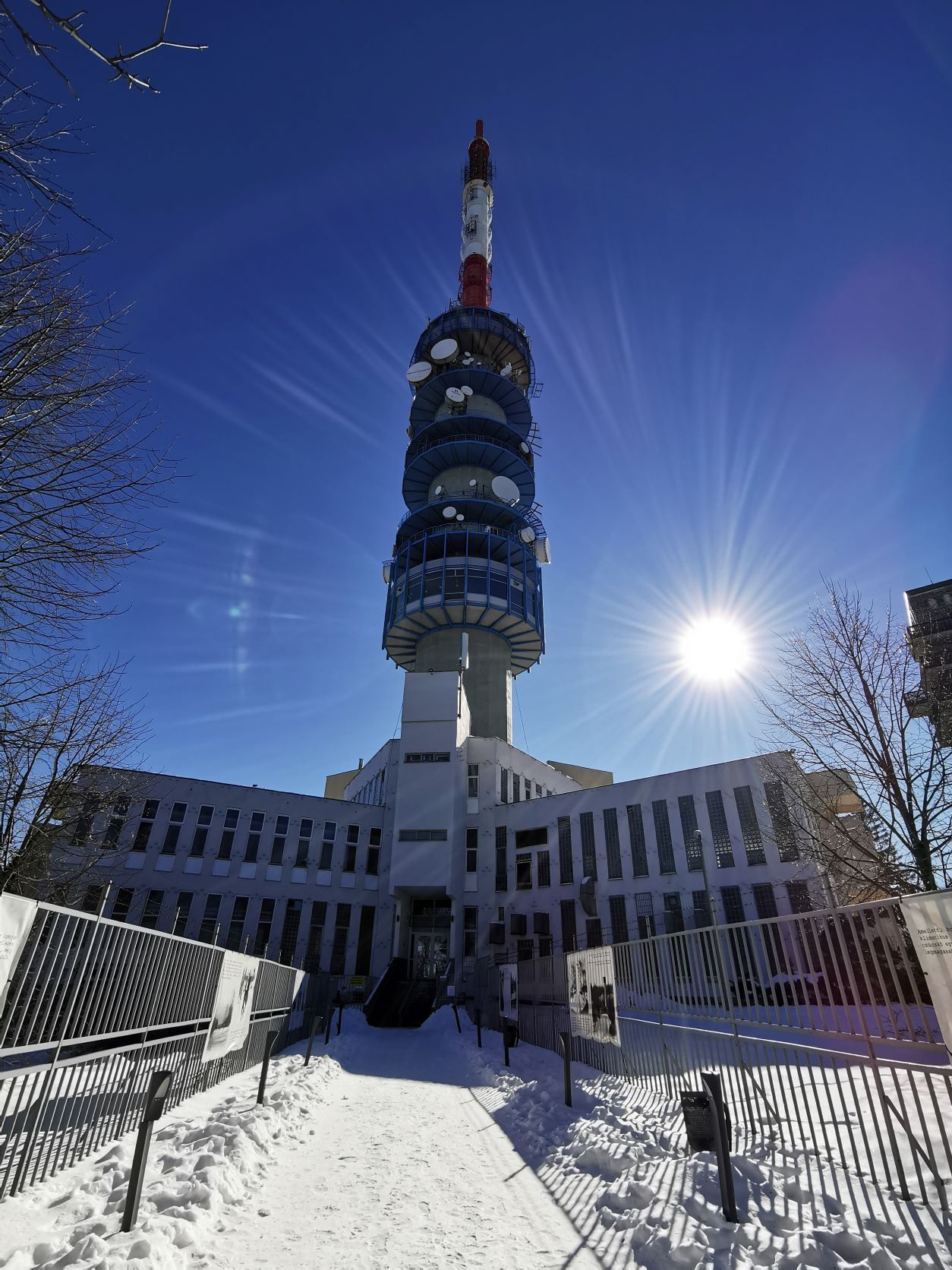 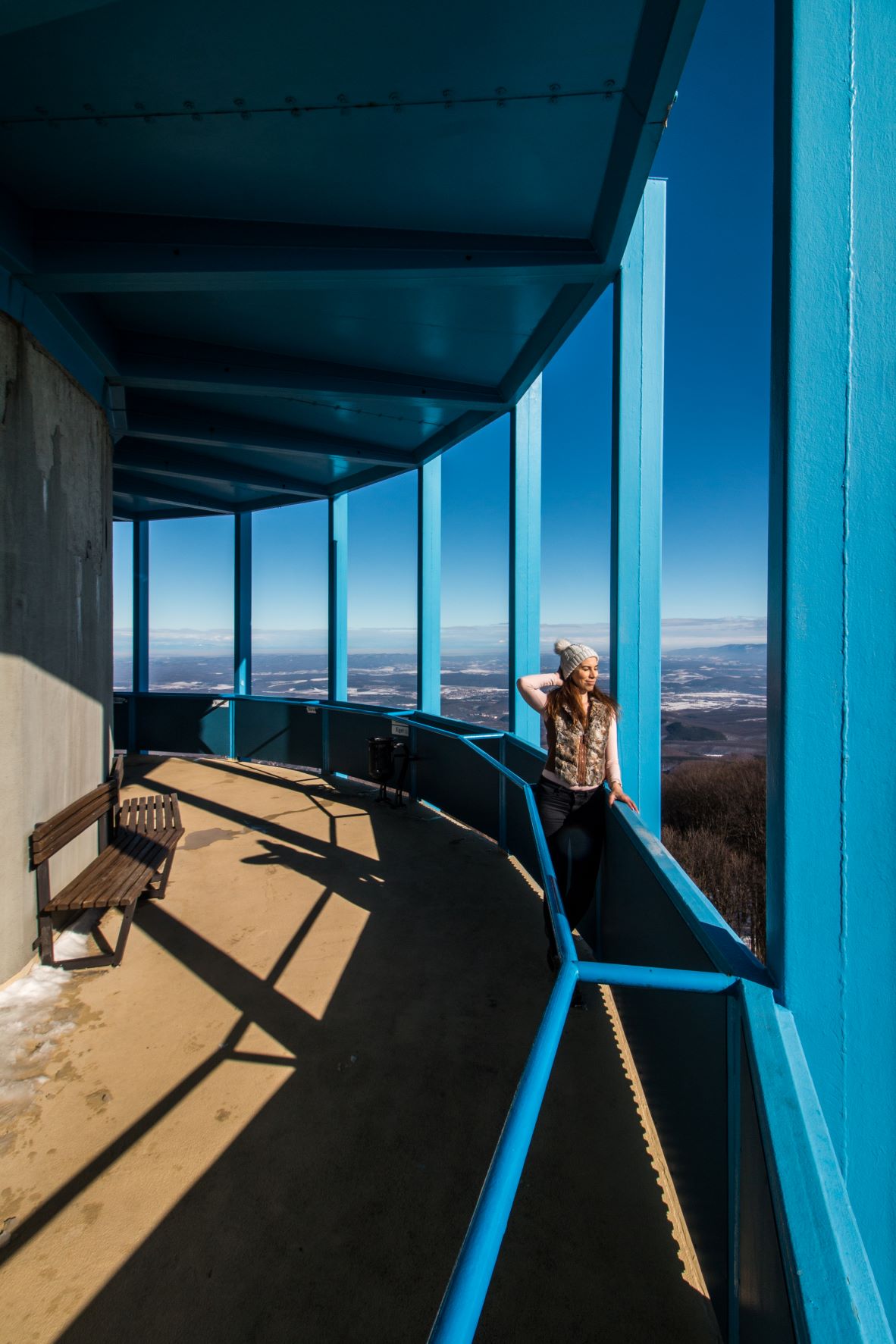 An elevator takes you up to the level of the 176-meter observation tower, where you can enjoy a limitless experience and panorama of all the major rentals of the Mátra, in addition to the ranges of the Tatra Mountains. On the open terrace on the 3rd floor, there are signs to help you find your way around. While on level 2 down there is a café where you can enjoy a good strong black next to a cake with a nice view.

Hiking guide: The TV tower is a short walk from the parking lot of Kékestető. 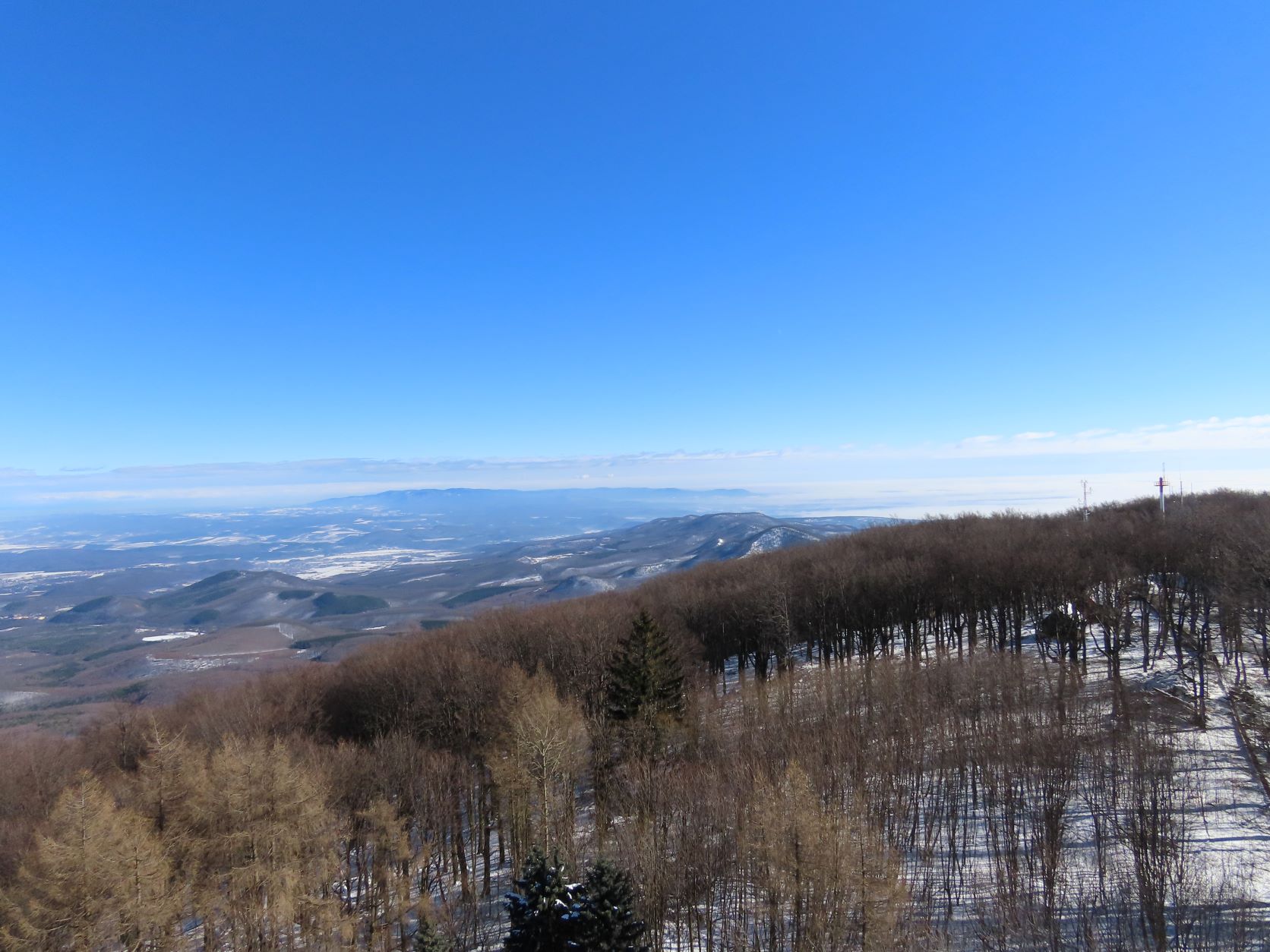 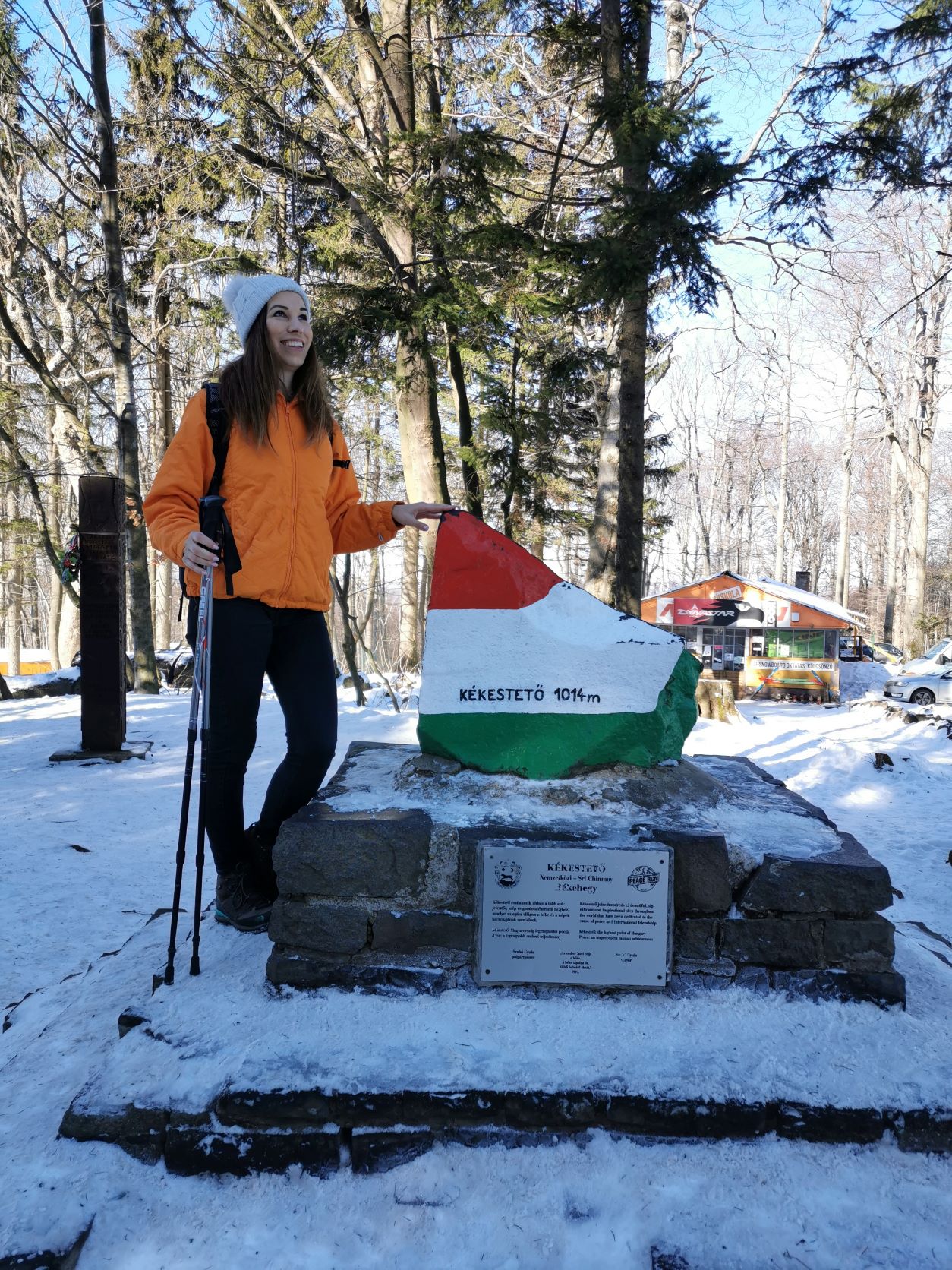 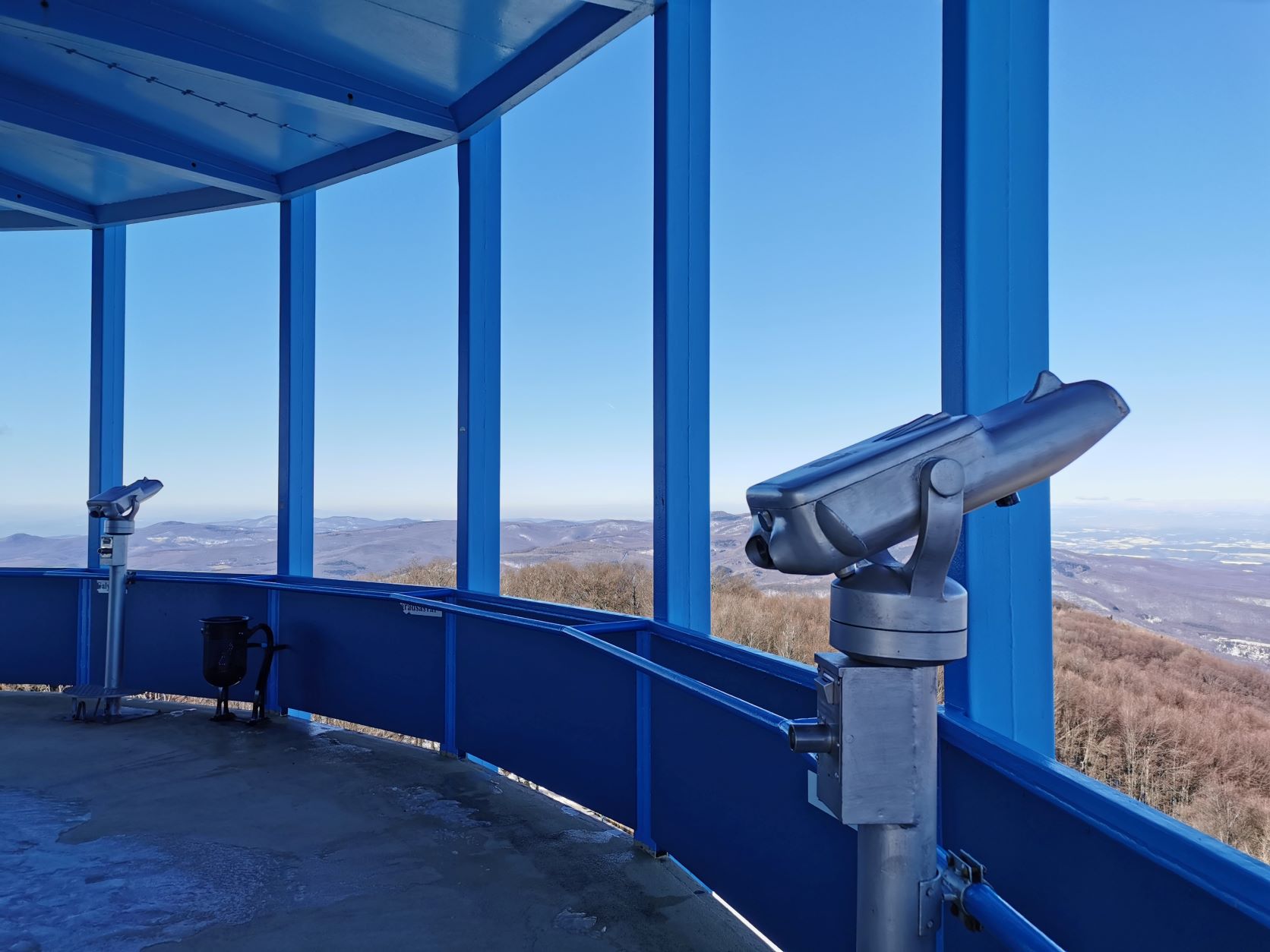 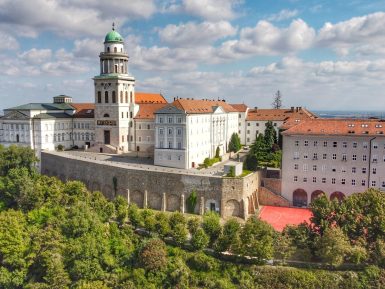 A thousand-year-old monastery and one of the most beautiful places in Transdanubia: visit Pannonhalma