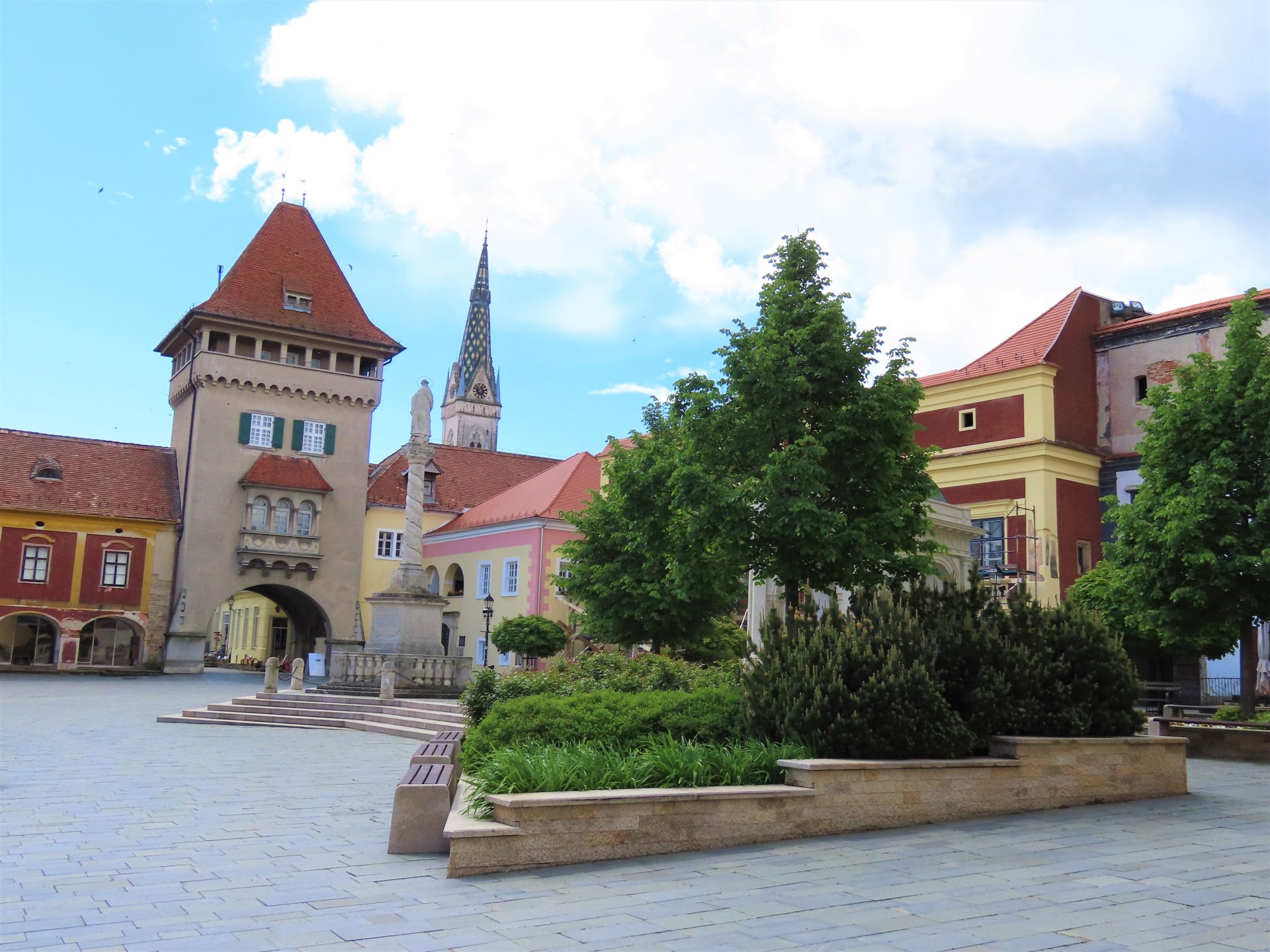 Main attractions in Kőszeg, the hidden gem of the Pre-Alps

Those who have been to Kőszeg say that loving the city is the work of a moment. And that’s true. There are not many places in Hungary that have such a cozy and beautiful downtown with Baroque monuments, and so many attractions like Kőszeg. It’s not the first time I come back here, but the city impresses me like the first time. Here’s a guide to the must-see places in Kőszeg, I recommend everyone near the Pre-Alps. 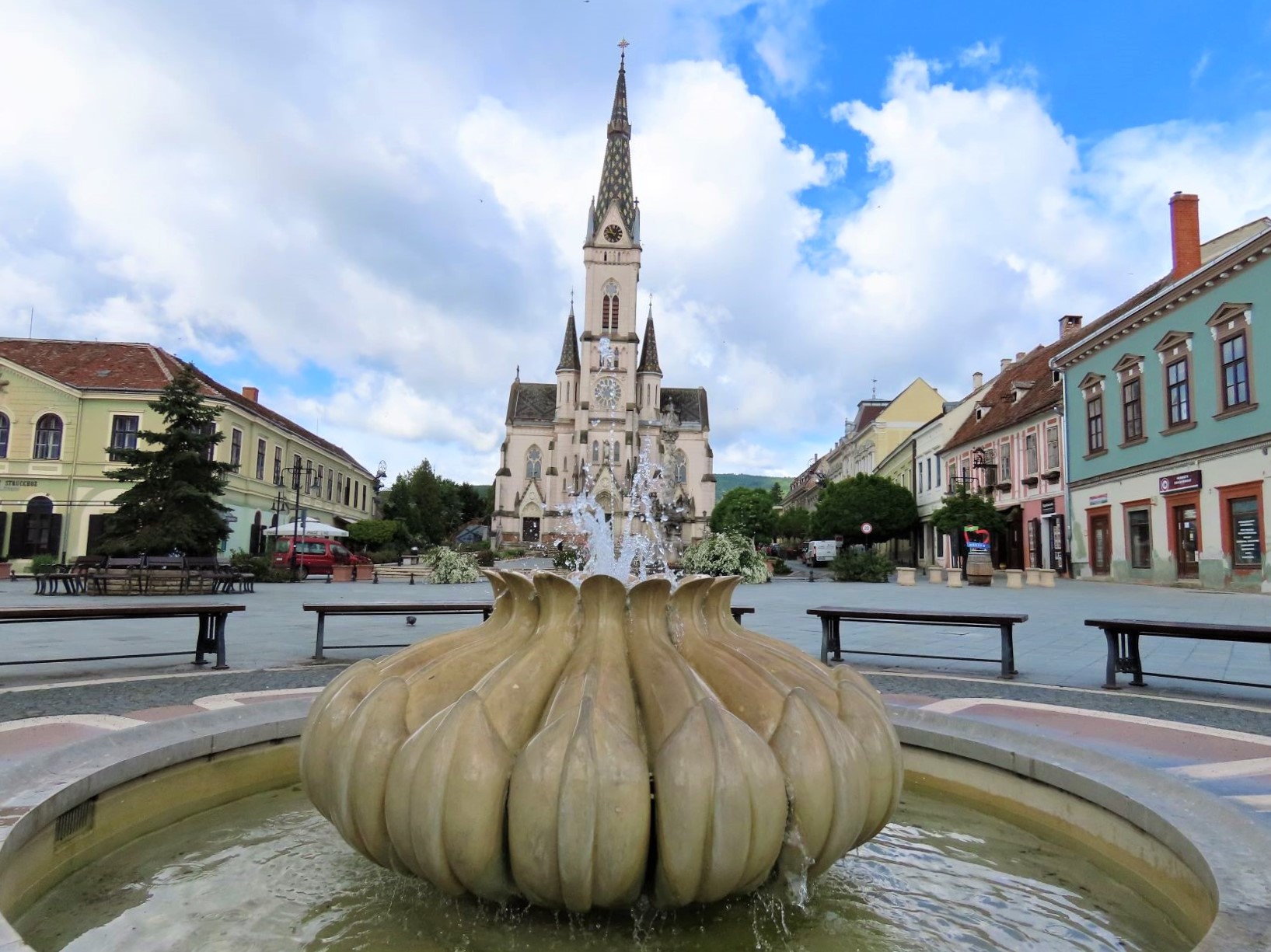 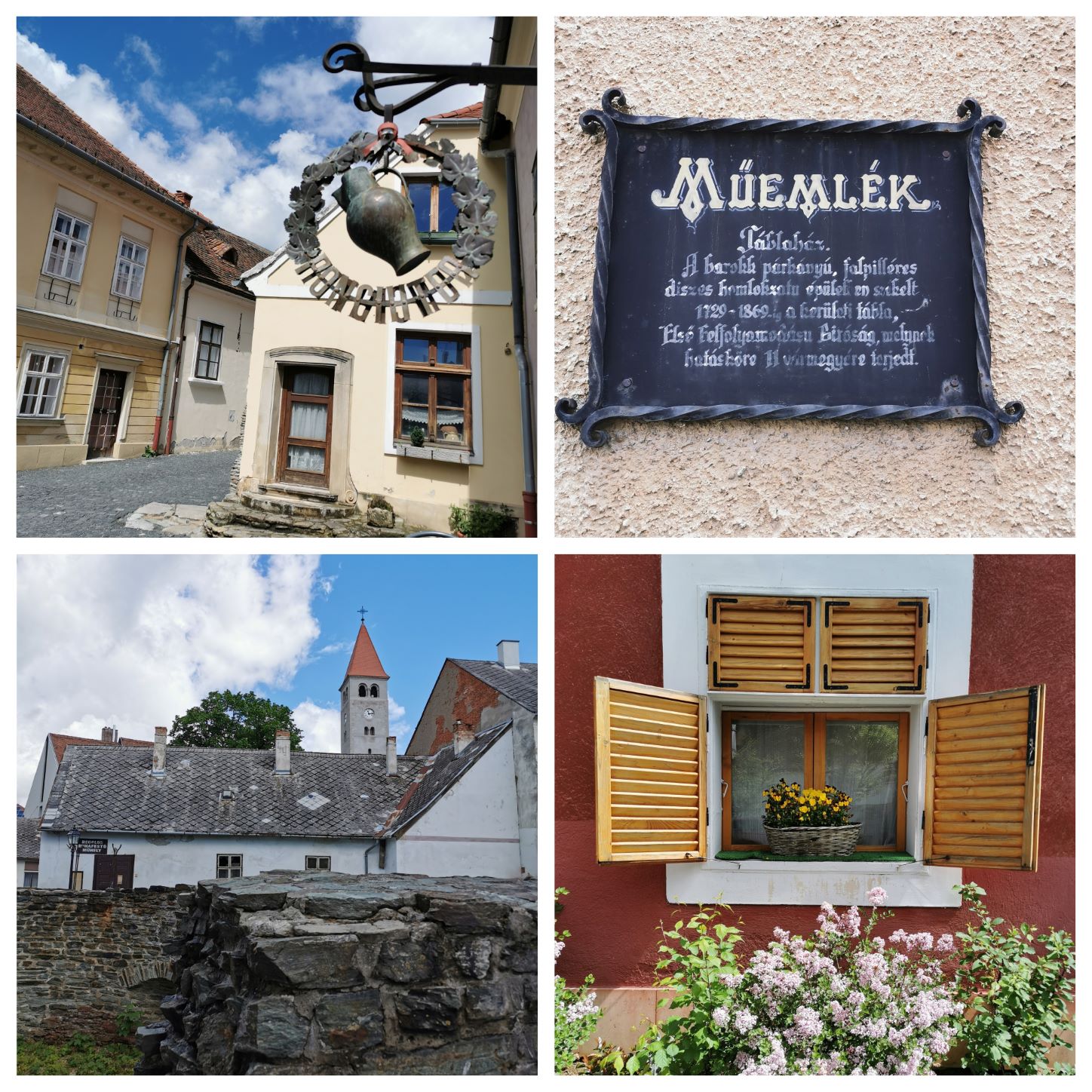 The Castle of Kőszeg is one of the most glorious places in Hungarian history, and today it is the largest monument complex in Kőszeg.  The oldest part of it is the lower castle from the 13th century, which has been continuously expanded. In addition to the defense functions, the fortress also served as a castle of the lord. There is a foreground where you can see stables and farm buildings, followed by a moat and then an inner castle. 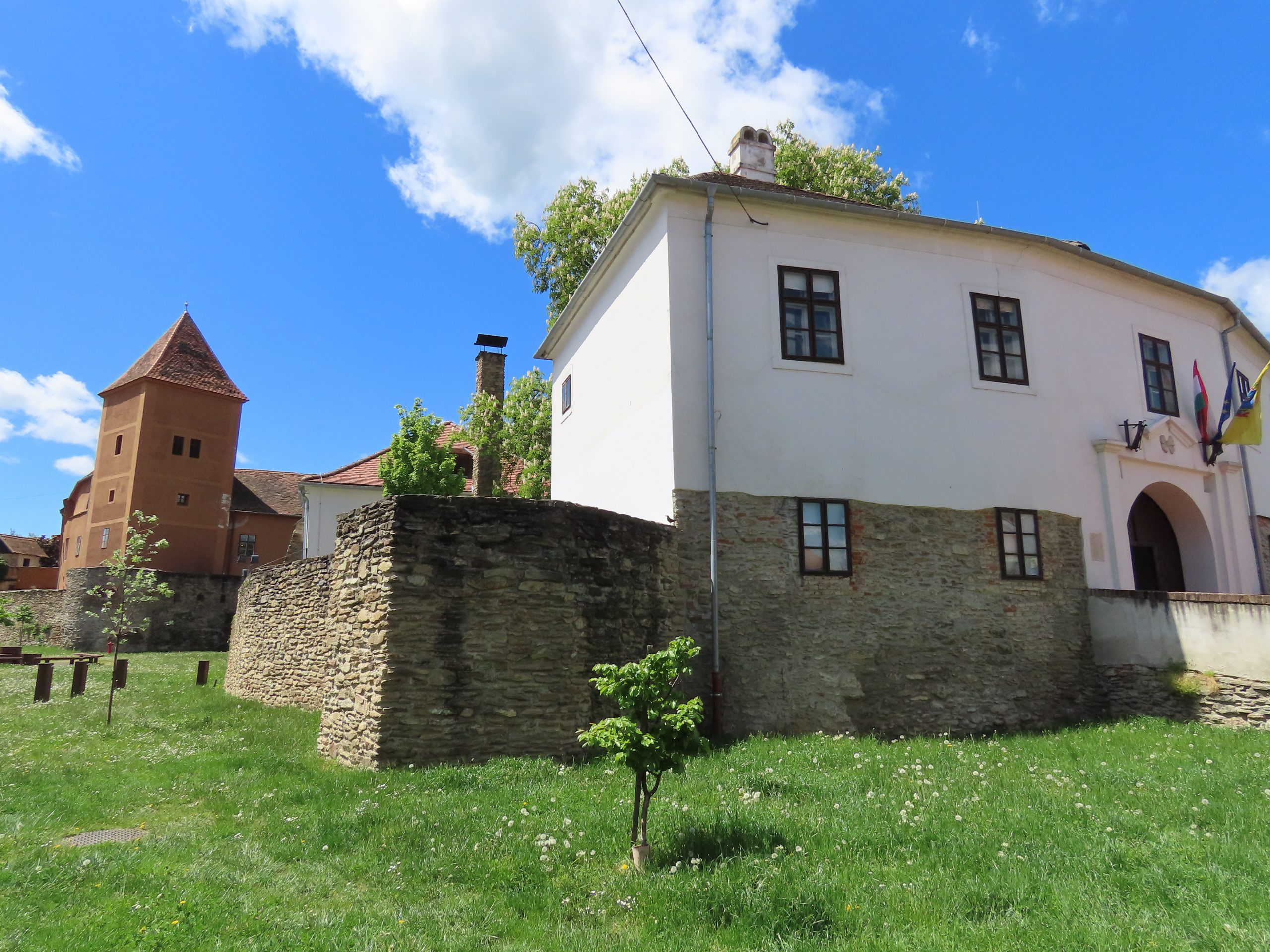 In the south and east wings of the castle, there is a museum of city history, while the knight’s hall hosts cultural events. The castle is imposing from the outside, but it is also worth exploring the interior halls, where children can play the role of Turkish beating knights. 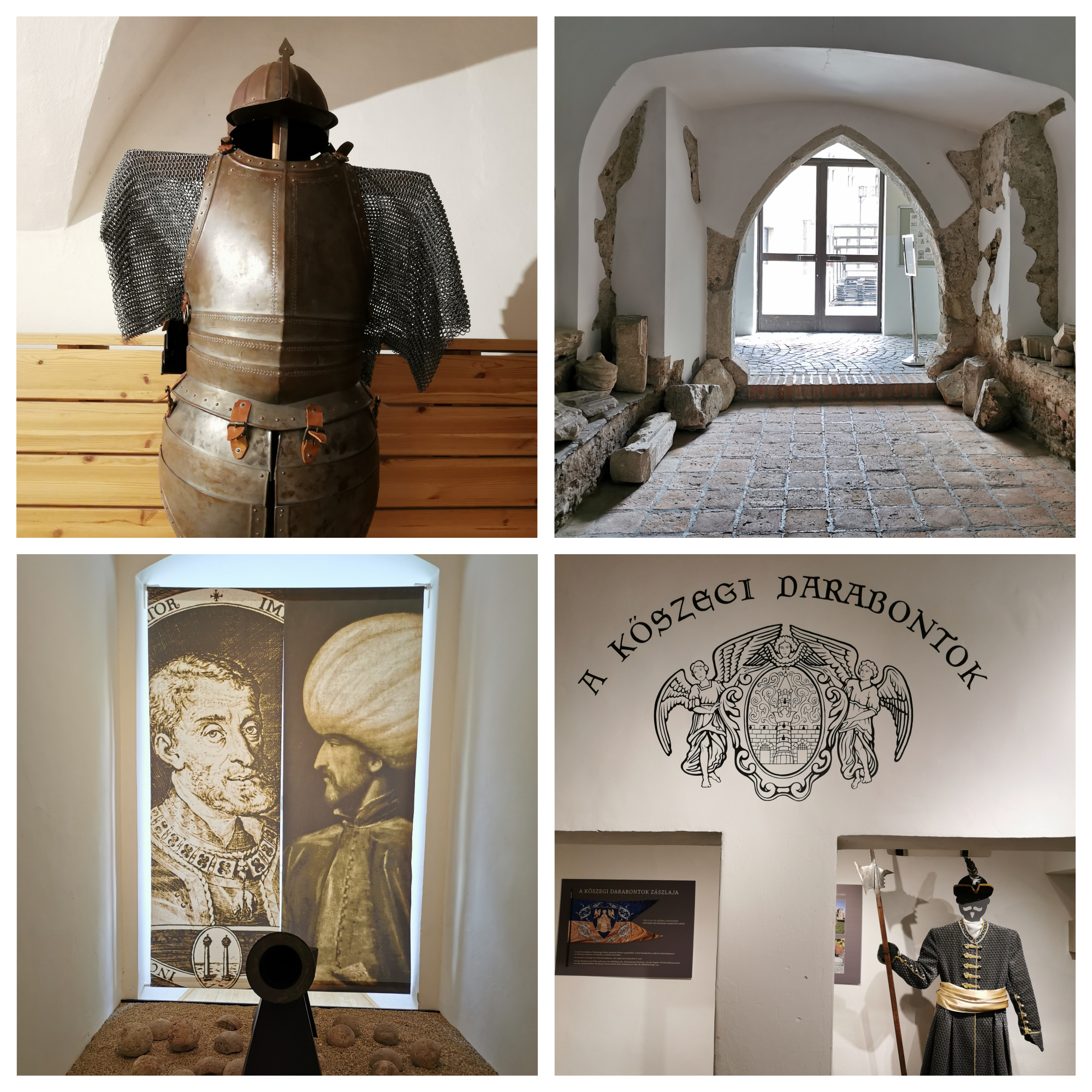 In 1532, the Turkish army marched towards the city of Vienna through Kőszeg. The army was led by Sultan Suleiman I. It seemed to be an easy battle as only a few hundred soldiers defended the castle. But Captain Miklós Jurisics surprised the Turks thoroughly. The Janissaries tried to blow up the massive walls with undermining mantles, which were a novelty in the era. However, the Hungarian army successfully defused them all with one exception. 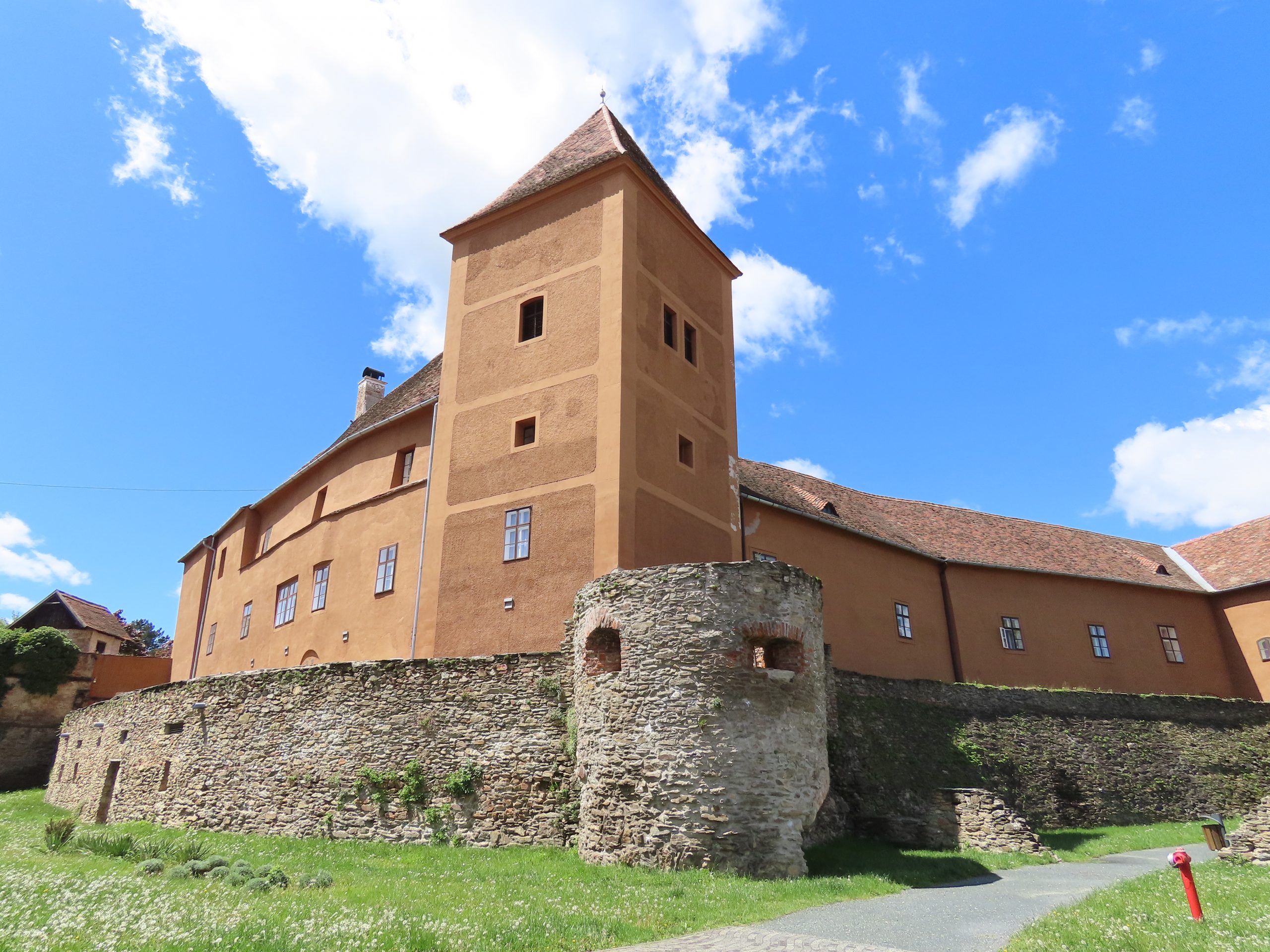 The defensive forces had no chance against the Turkish outnumbered, but the battle lasted three weeks until the Turks took the castle on the last day of the siege. It’s a mystery, and it’s still unclear what happened, but Sultan Suleiman has made a deal with the Hungarian captain. The Turkish flag was put on the top of the castle, but the fort remained in the hands of the Hungarians. Then the Sultan marched on to Vienna. All this happened at 11:00 a.m., in memory of which the city’s bells still ring in Kőszeg. 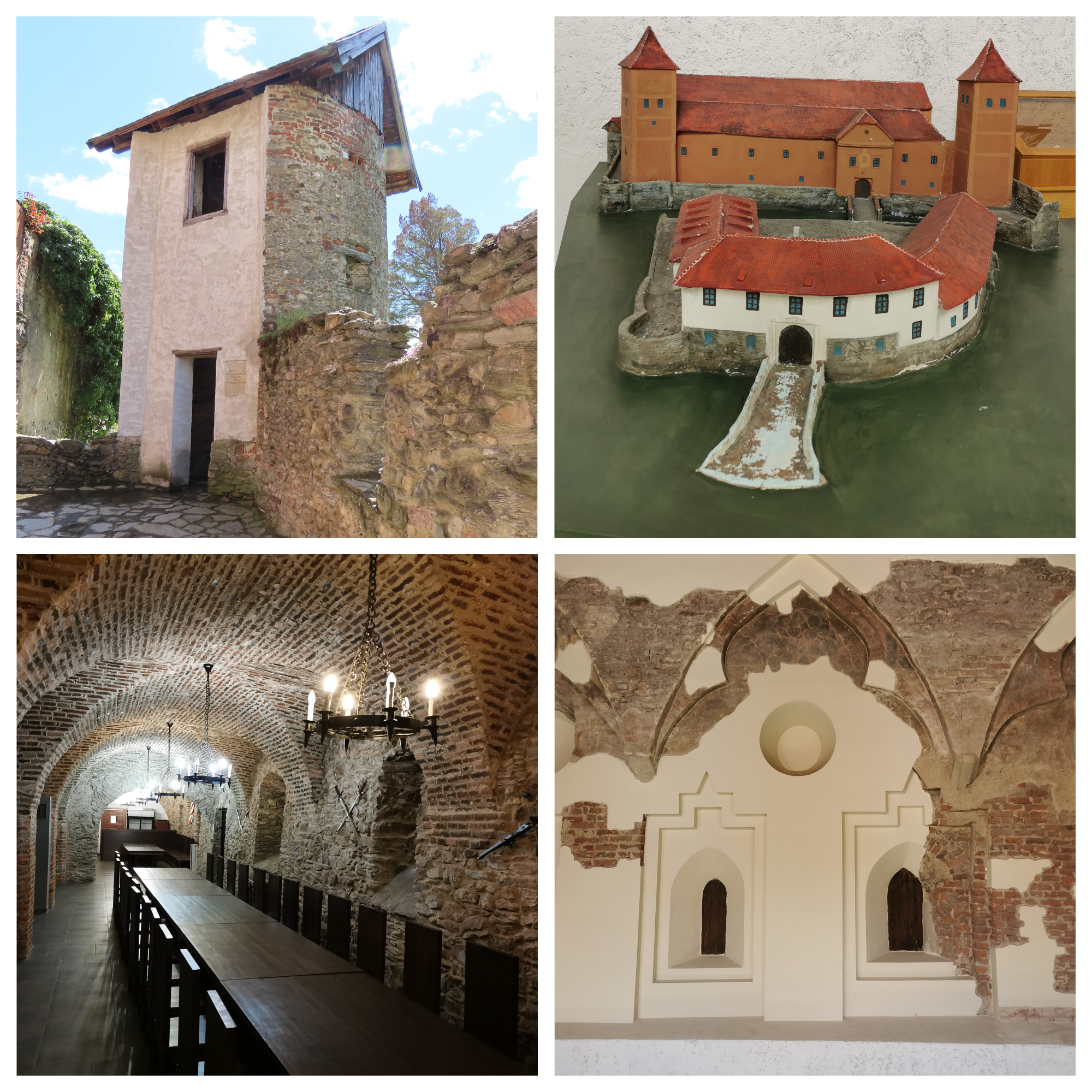 One of the most beautiful neo-Gothic churches of Hungary is located in Kőszeg. The Sacred Heart Church, built-in 1894 with its 57-meter high tower, is considered the tallest building in the city. It has a colorful interior made by Otto Kott, while its graceful exterior praises the hand of Viennese masters Ludwig Schöne. The ceilings offer eye-catching views, as do the stained glass windows made from donations by local families. 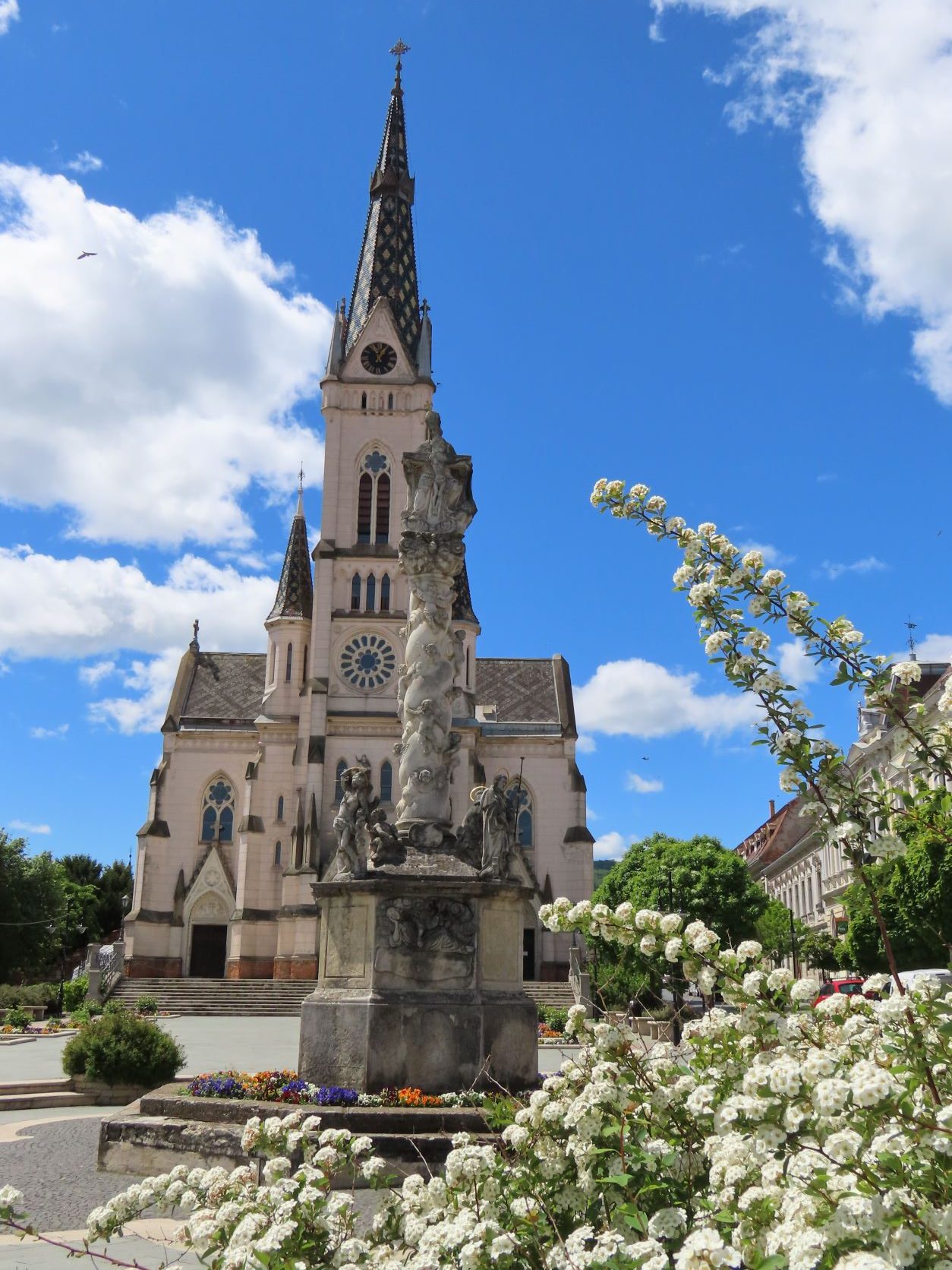 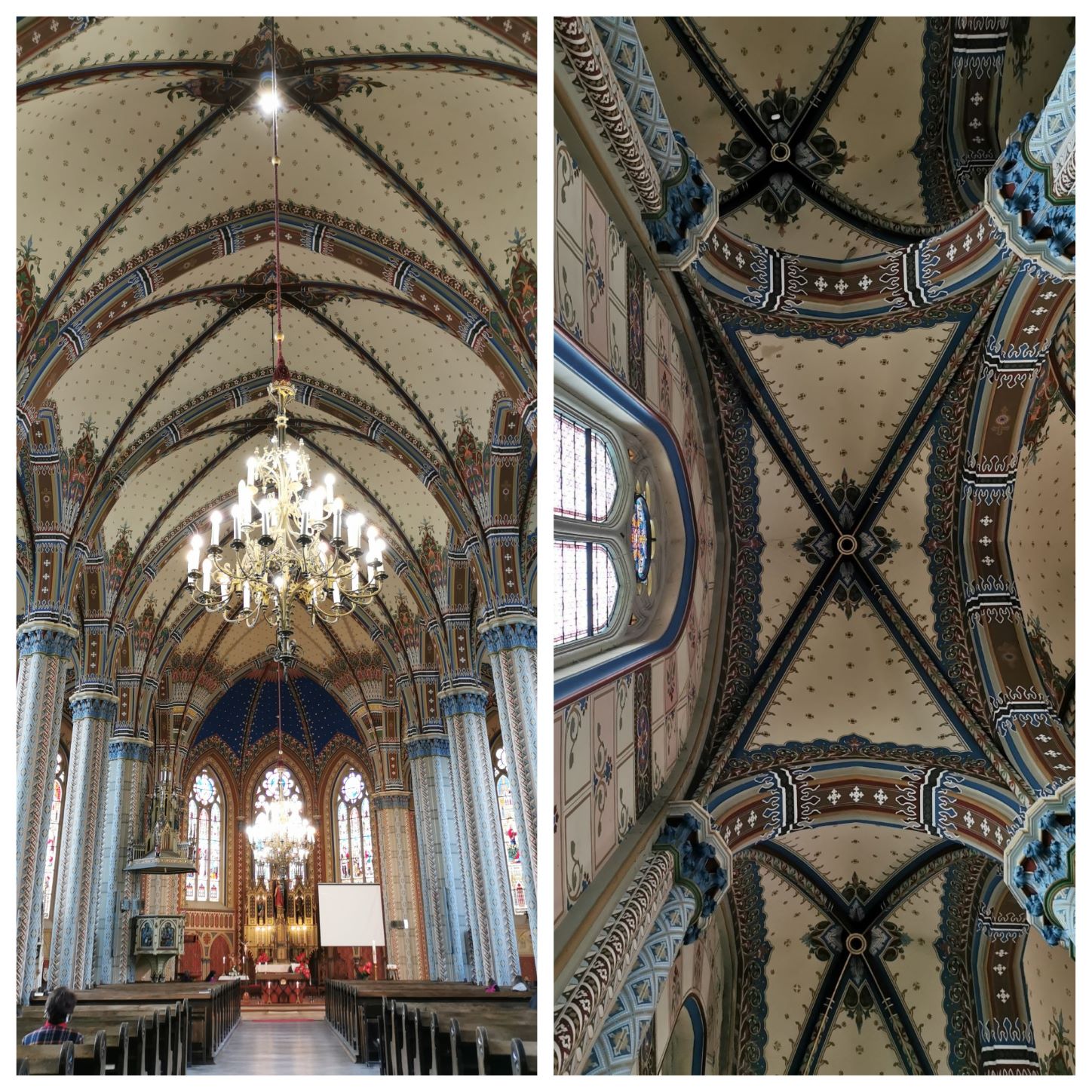 Starting from the main square of Kőszeg and following the trail of the former bridge, we reach the historic city center of Kőszeg through the City Gate. Behind the gate, which was built to mark the 400th anniversary of the Turkish siege, there are many special buildings, such as the General House or the Tower of Heroes. Let’s also take a look at the Baroque building of the Town Hall, which has been performing city management tasks since the 14th century. 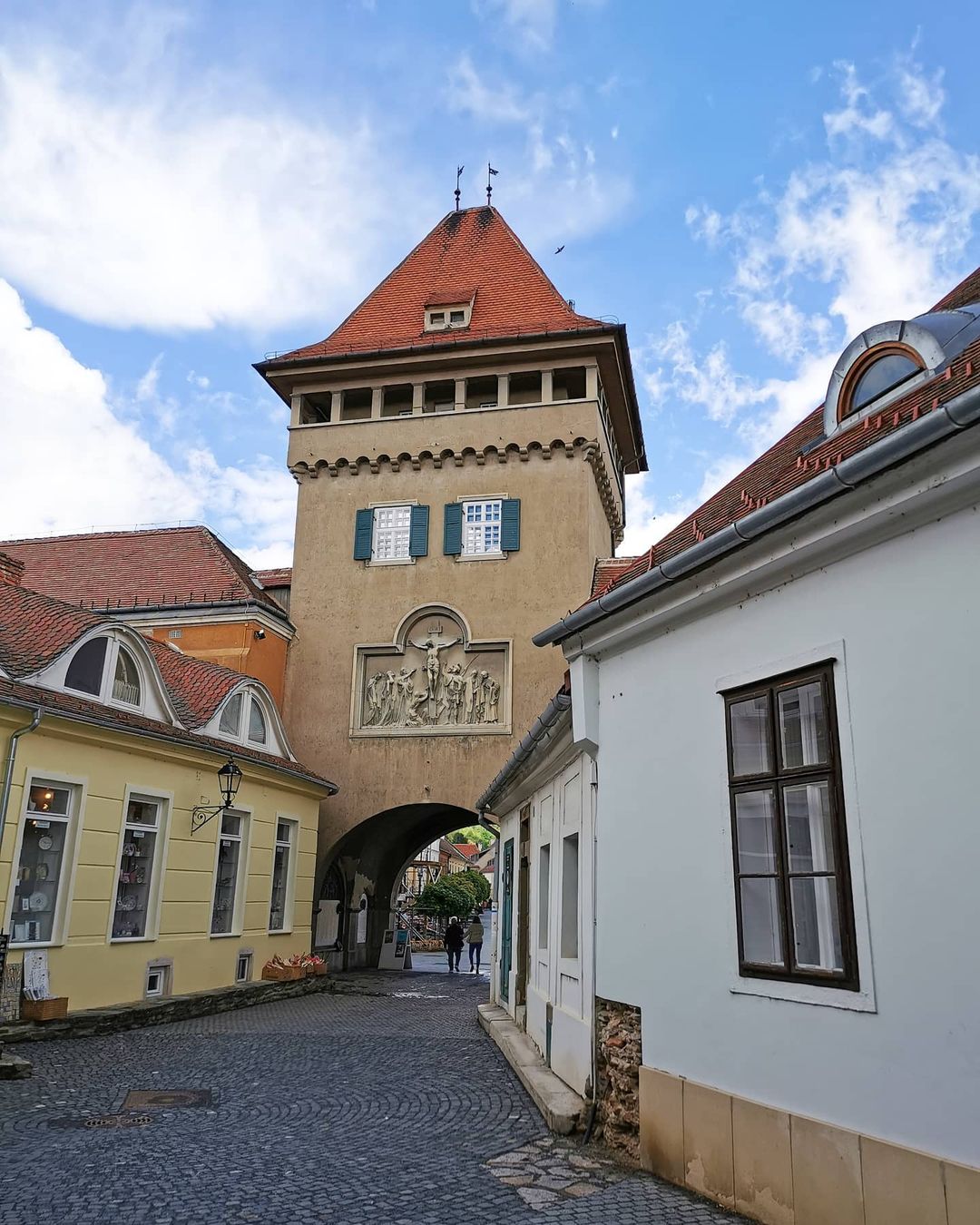 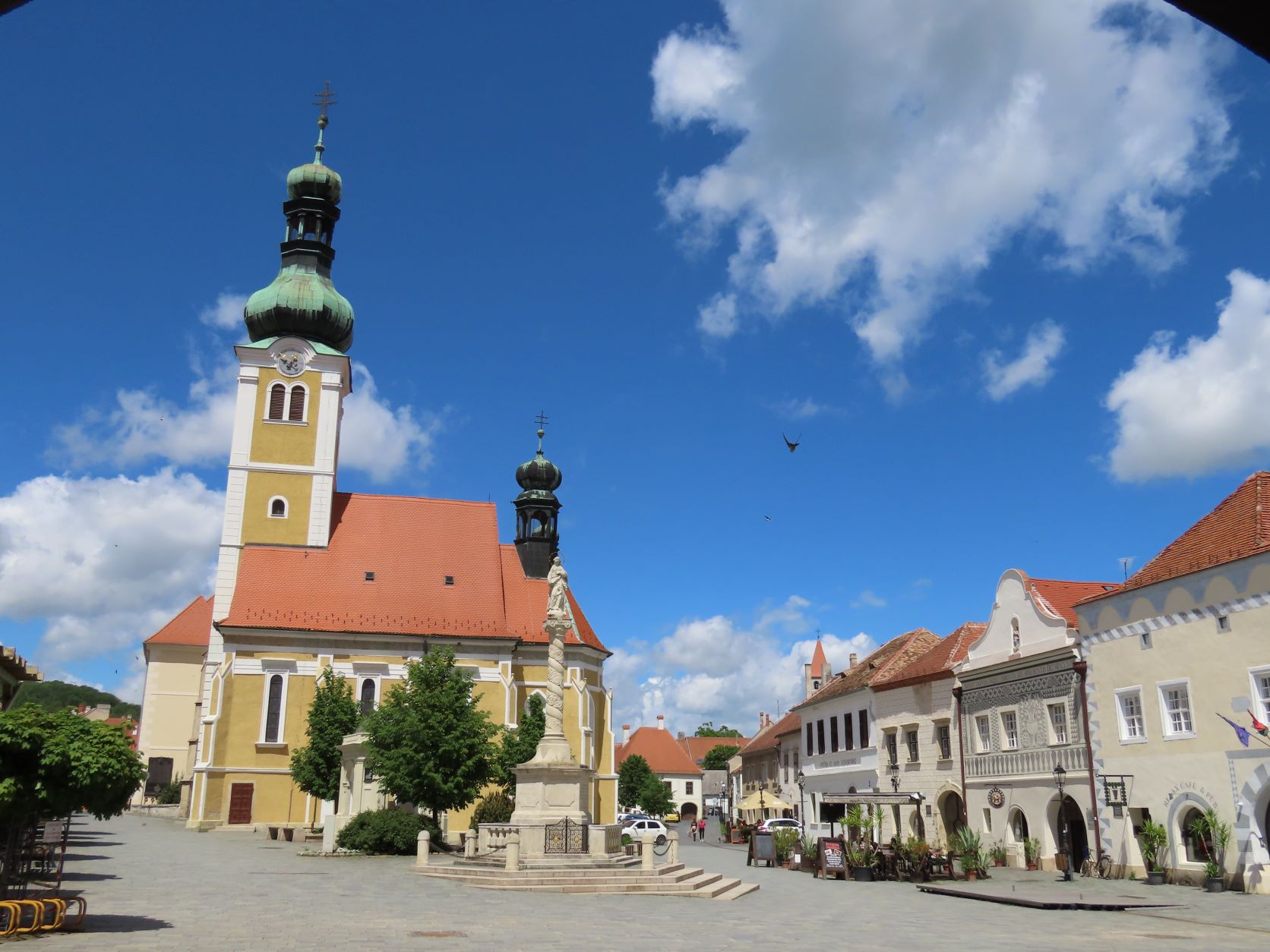 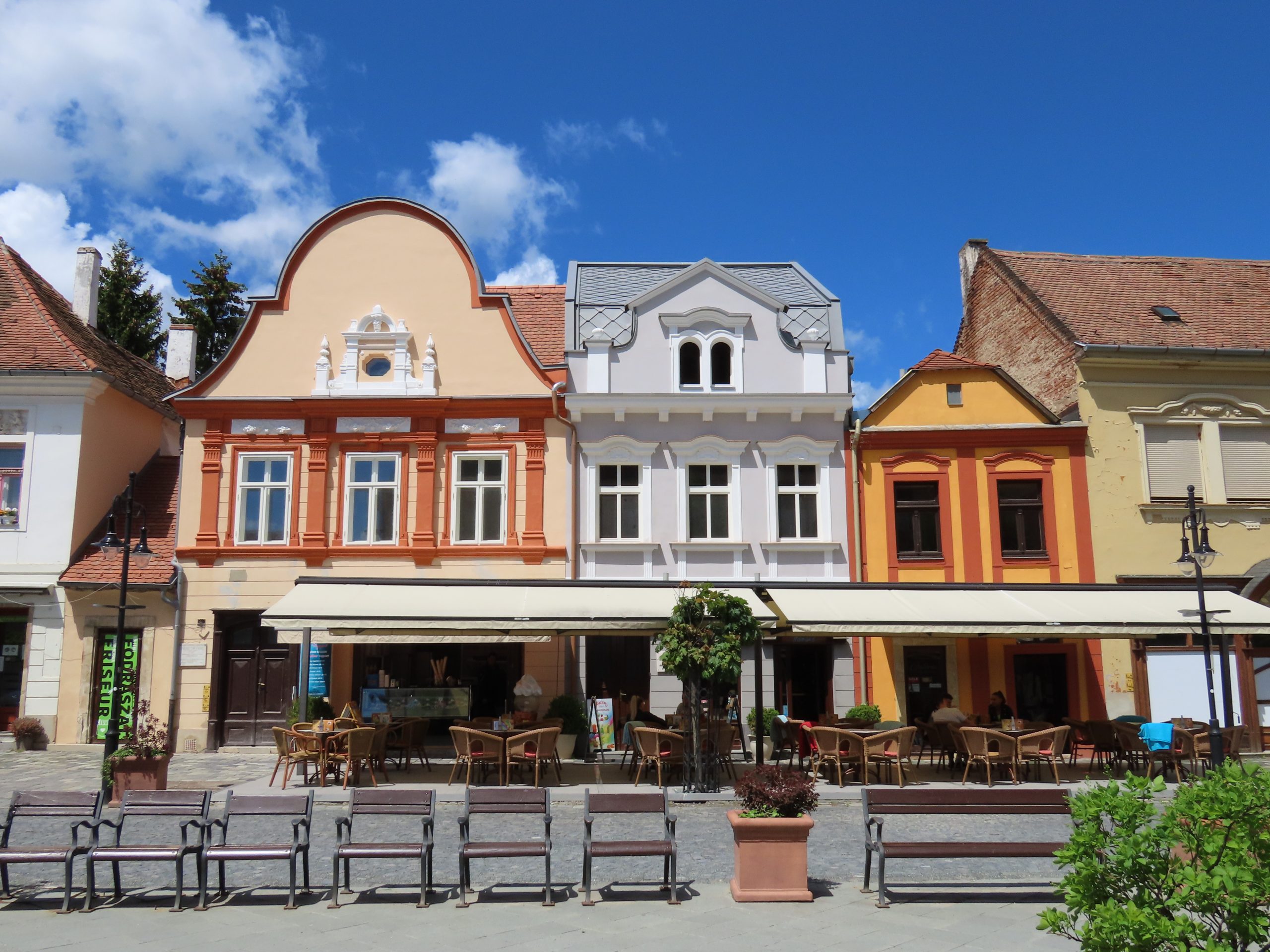 The building in Jurisics Square is the jewel of Kőszeg and one of the masterpieces of Renaissance architecture. Built-in 1560, the Sgraffito House takes its name from decorations scraped into plasters of different colors. The tulip and geometric patterns, shaped by Italian masters, give the house a unique look. Nowadays you can find a library and office spaces inside and a restaurant. 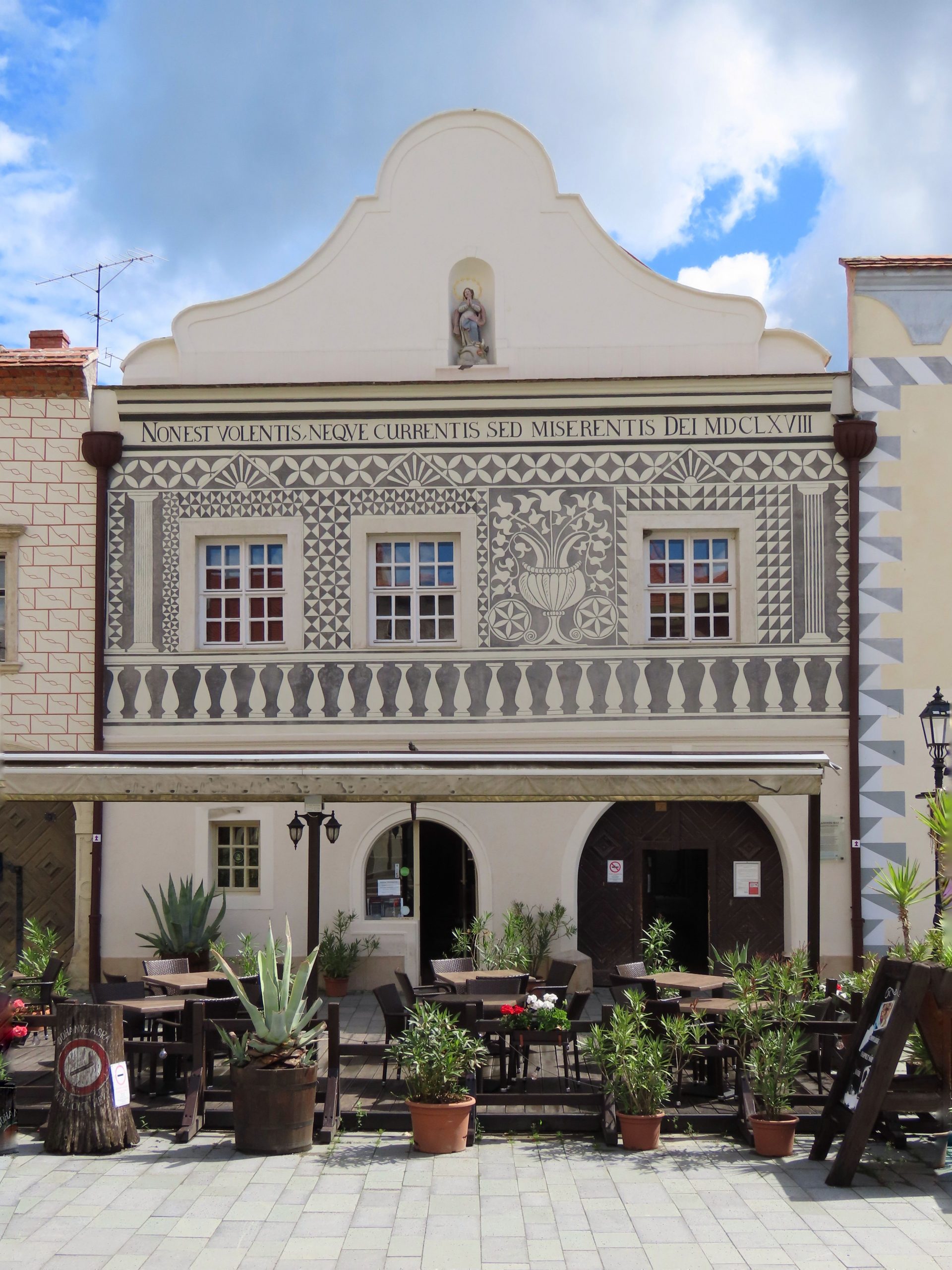 The history of grape production and winemaking in Kőszeg dates back several centuries. Kőszeg was mentioned in a 1279 certificate as a wine town, but it reached its heyday in the 18th century when grapes were already produced on 400 hectares of land.

One of the important documents of farming was the Book of The Future of Grapes. In the book, which has been written since 1740, the first shoot of grapes was drawn every year on St. George’s Day. This is a tradition that has persisted to this day. The book can be viewed in the urban history exhibition of Jurisics Castle, including the 2021 engraving.

The pharmacist profession in Kőszeg has a rich history, and there are two valuable collections in the city. One is the Black Moor (Fekete Szerecsen) and the other is the Golden Unicorn Pharmacy Museum. The owner of the latter was Matthias Svalla, whose memories and the props of the 18th-19th pharmacies of Vas County can be found in the Golden Unicorn Pharmacy Museum.

In addition to an internal herb garden, drying floor and a drug history demonstration, the building also contains an unparalleled rarity throughout Europe, an entire 18th-century pharmacy. The Jesuit Baroque style furniture was carved locally from oak, walnut and linden wood and served as a pharmacy from 1743 onwards. The furniture belongs to the Museum of Applied Arts, which was returned to Kőszeg in 1982 and can still be seen in the museum today. Unfortunately, you can’t take pictures, but it’s a really fantastic sight to see, well worth a look. 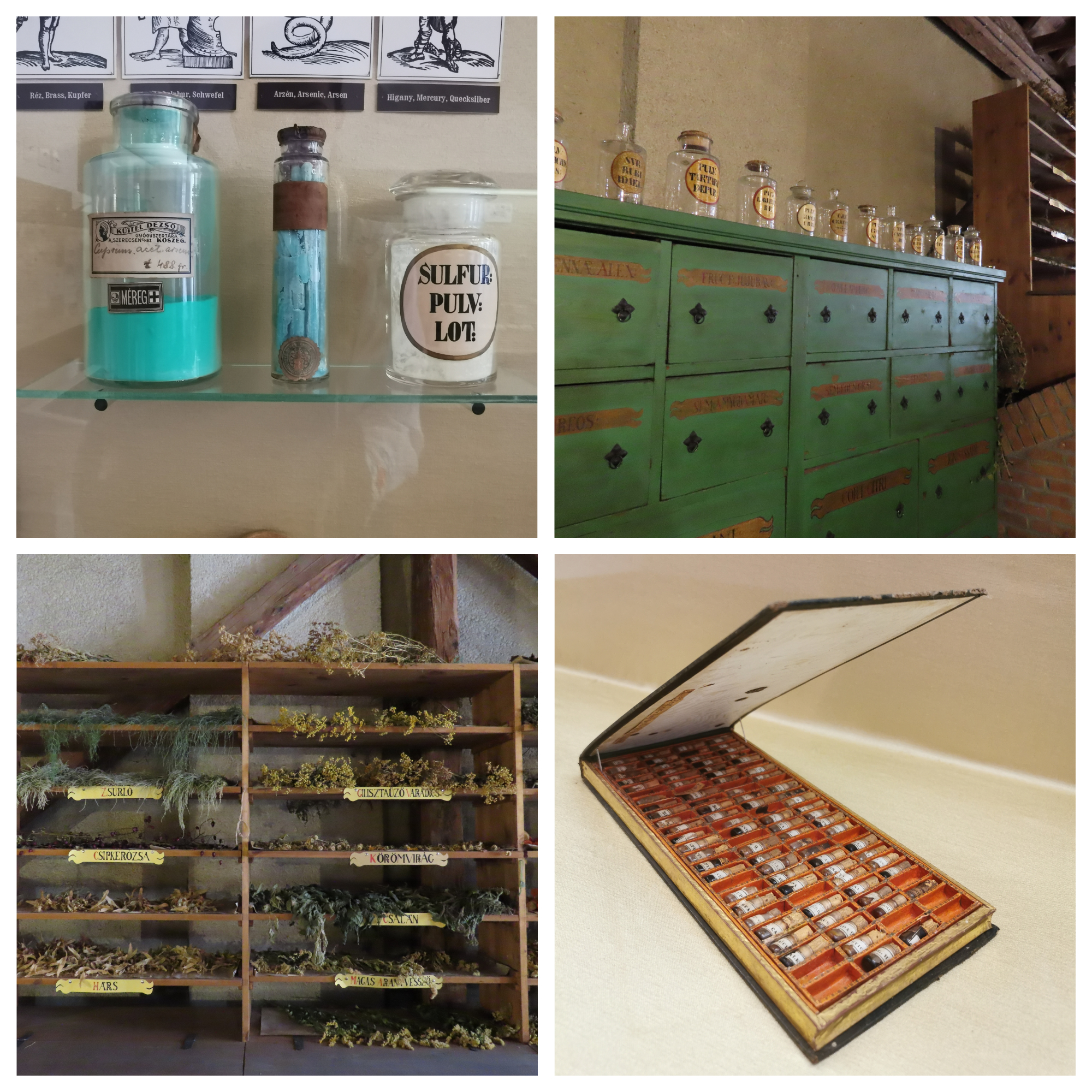 The church at the top of Calvary Hill, which shows the characteristics of provincial Baroque architecture, is a reference point of Kőszeg. It was founded in 1712 after the plague epidemic with help of local donations and at the initiative of the Jesuits. 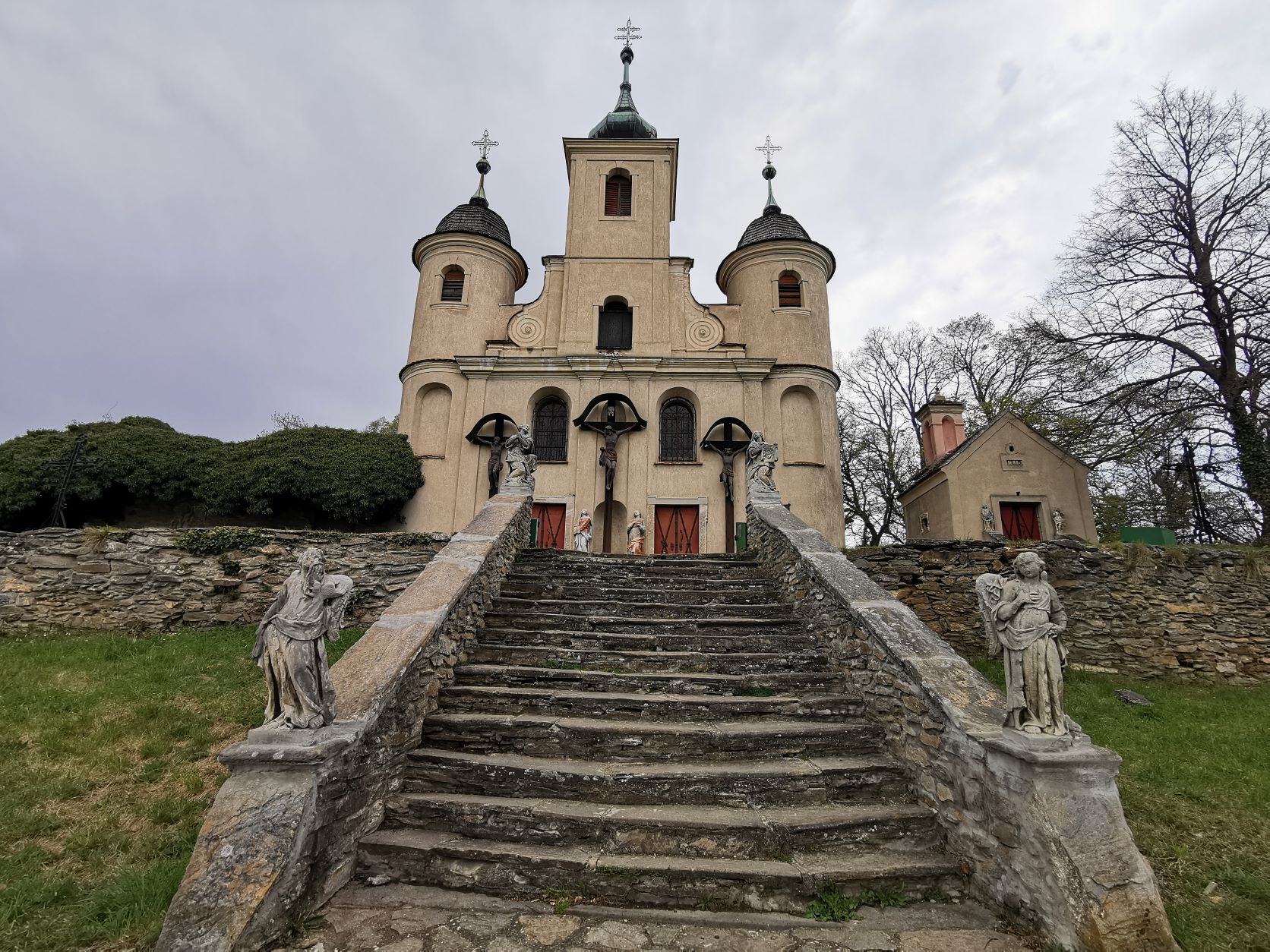 The strength of the cooperation is demonstrated by the fact that the building materials, nearly 70,000 bricks, were brought up to calvary hill by pilgrims. Although the process was slow, the construction of the church finally began in 1729.

Located a 20-minute walk from the city center, the tower commemorates the Turkish Battle and has been offering a wonderful panorama of Kőszeg to tourists since 2012. Legend has it that Suleiman I watched the siege from this 357-meter hill, which, to his surprise, was unsuccessful. The lookout is particularly cosy and romantic at sunset, especially if it is accompanied by a four-legged favorite.

Main attraction and excursion near Kőszeg:

There is a village of only 250 people in the Pre-Alps, which hides a real curio, namely the Cáki cellars. The nine-crammed cottages, which are lined up side by side, once played the role of wine cellars. Cáki farmers used to produce grapes at 300 hectares of land. Then, in the 19th century, phylloxera was so severe that many people were forced to stop winemaking and switched to chestnut production instead. After that, the houses became unused, but recognizing their significance, they quickly became protected monuments. 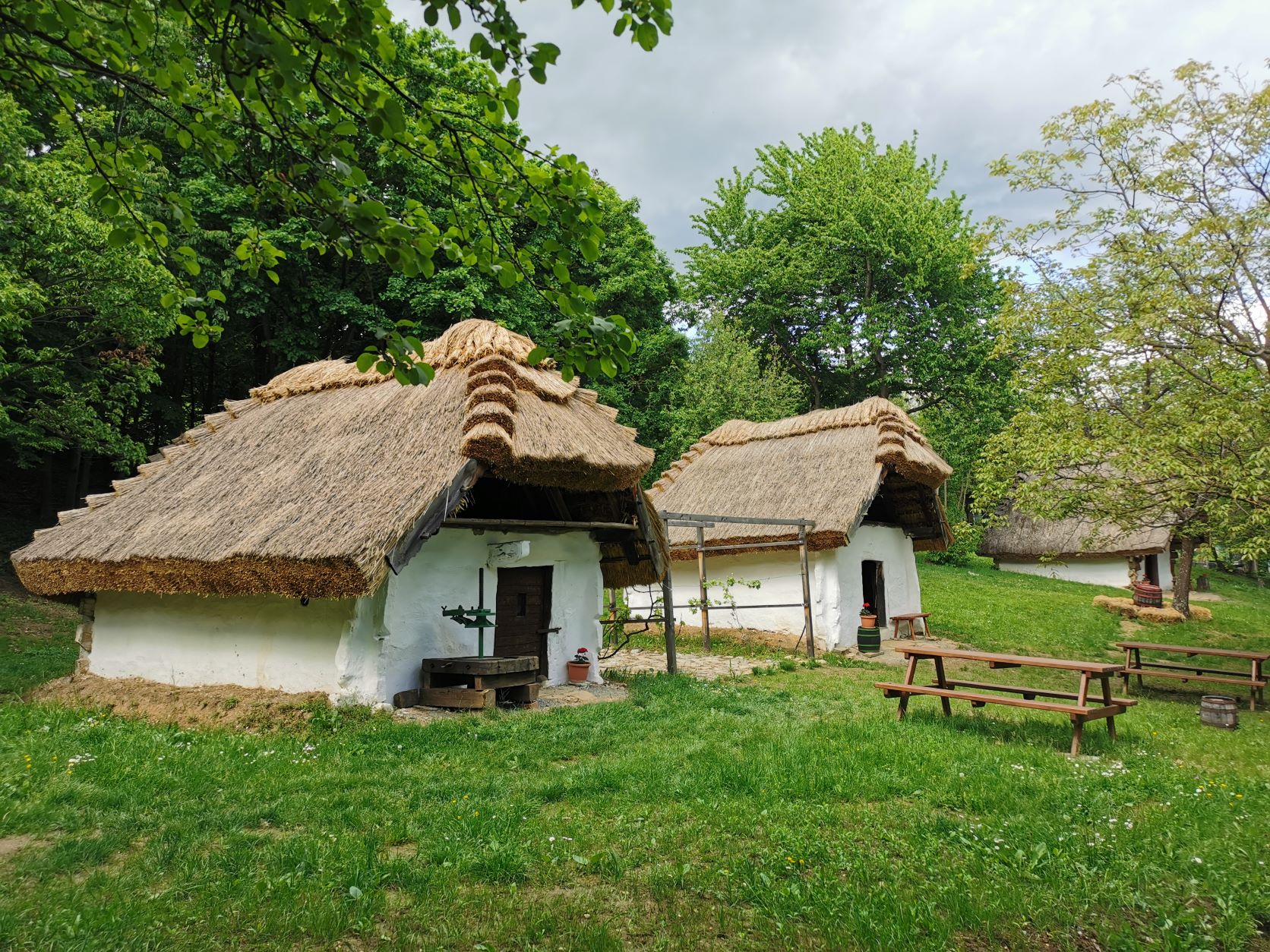 The cellar houses of Cák are special not only because of their same design. But also because they were originally standing here in Cák and were not brought here.  In the houses, in addition to the tools of the old vineyard owners, you can taste local wines. 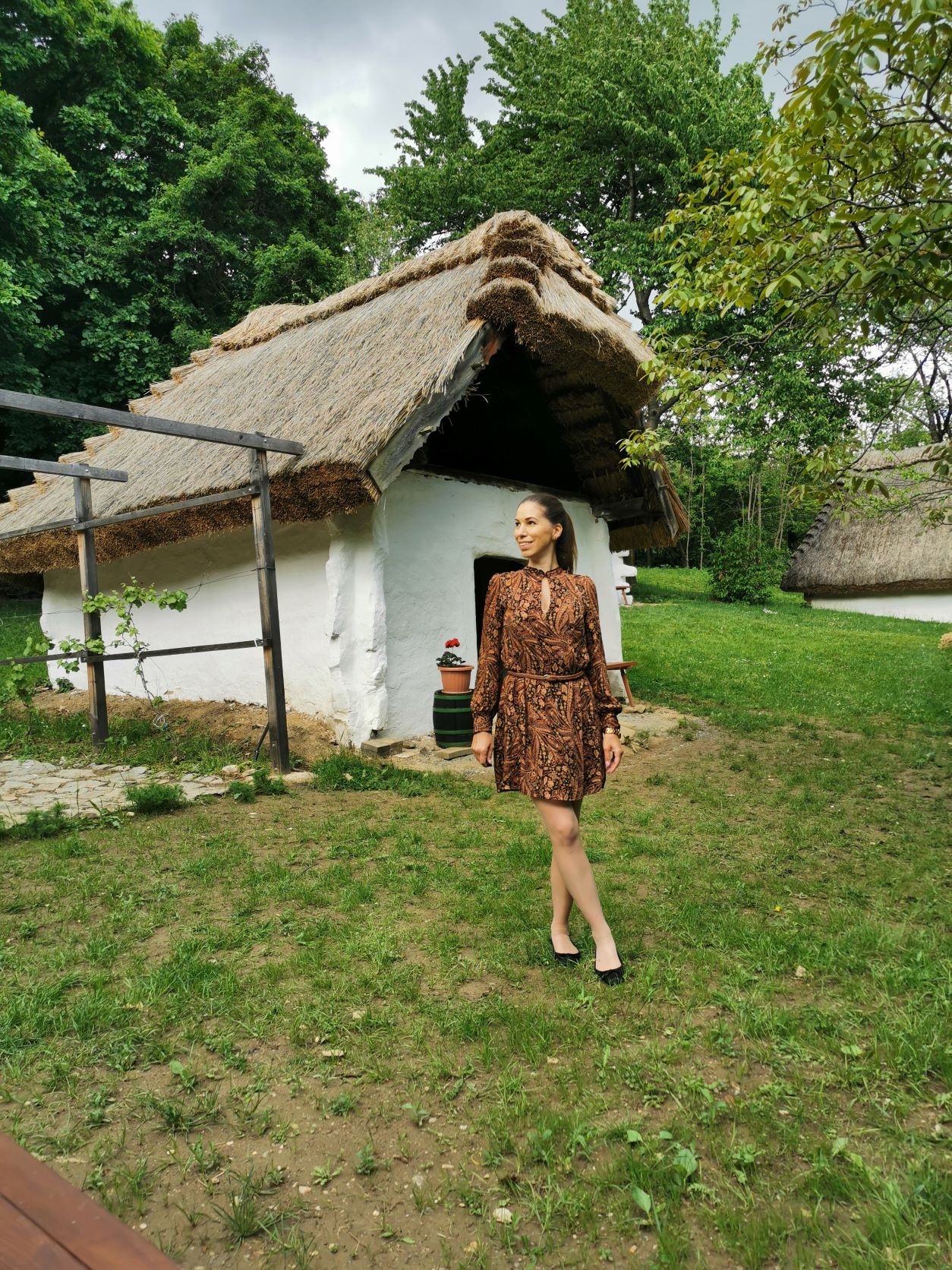 The 883-meter high Írott-kő towers over the city of Kőszeg. It’s the highest peak of the Transdanubia and the Highest Peak of the Kőszeg Mountains. This is the last stretch of the Alps that stands out before finally submerging under the Pannonian Basin. The lookout tower was built on the Austrian and Hungarian borders in 1913 and offers a 360-degree panorama of both countries from the top. 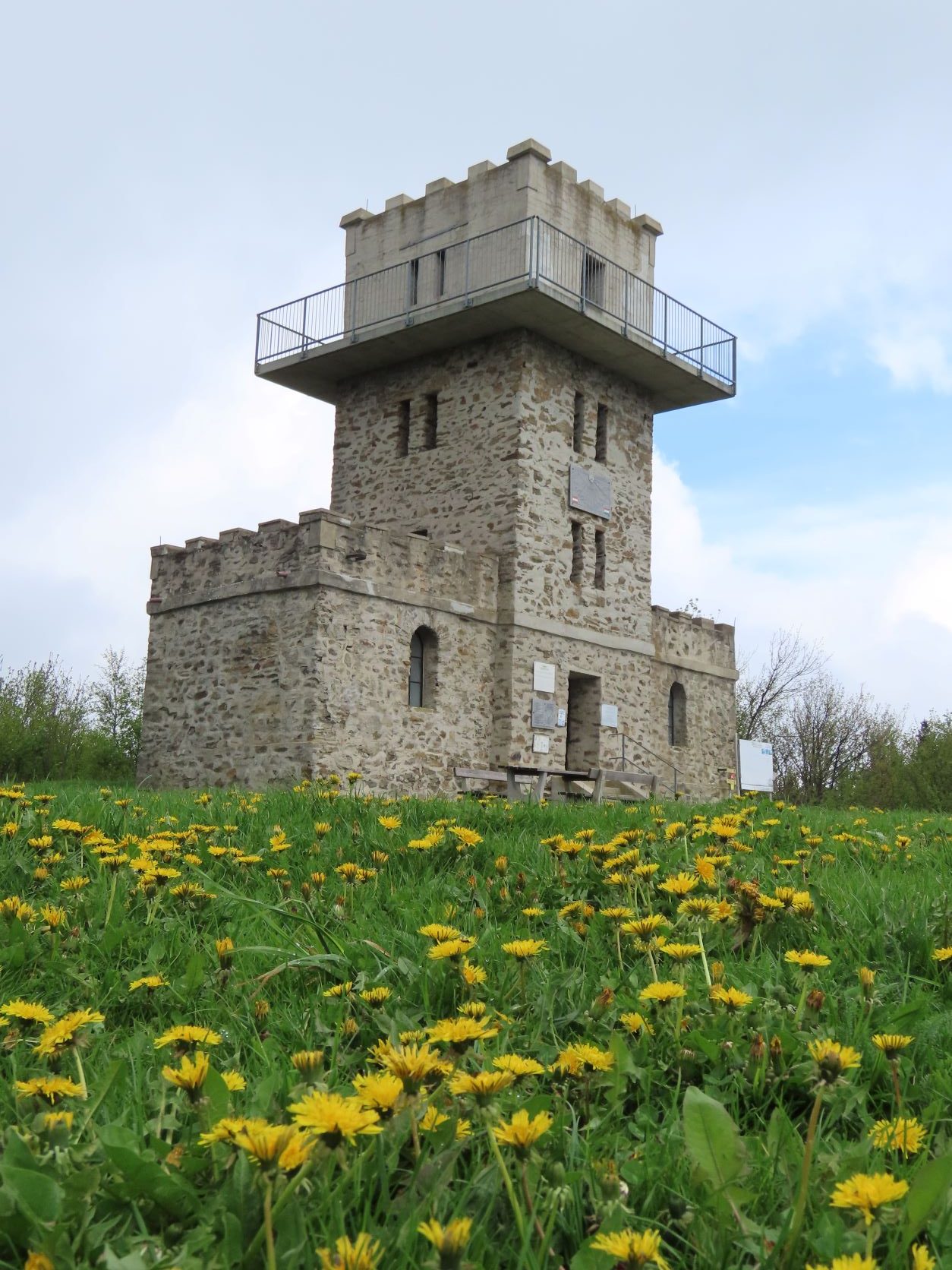 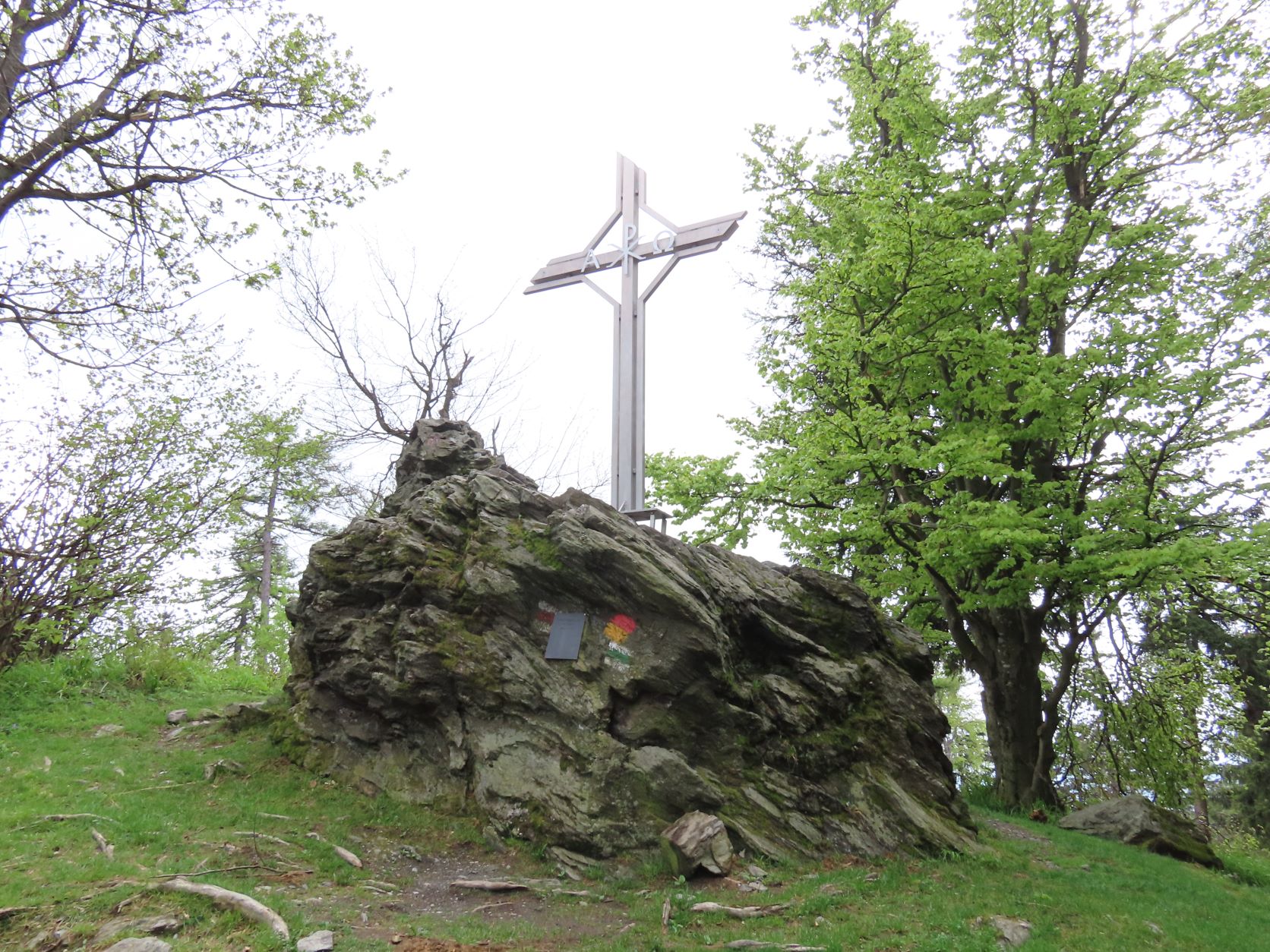 The place is named after the nearby Geschriebenenstein, or Írottkő, which covers a rock and is marked 40 metres from the lookout on the Austrian side. The Lookout Tower can be visited free of charge and can be reached from Kőszeg on the national blue hiking mark. Or can also hike up from the village of Velem on the red mark.

The lookout tower is a symbol of boundlessness. Since 1989, music festivals have been held annually here with participants from both countries. This is also place is also a meeting place for hikers. This is where the National Blue Trail begins/ends, the Rockenbauer Pál South Transdanubian Blue Tour begins/ends, while the Alpannonia international hiking trail crosses the border here as well. 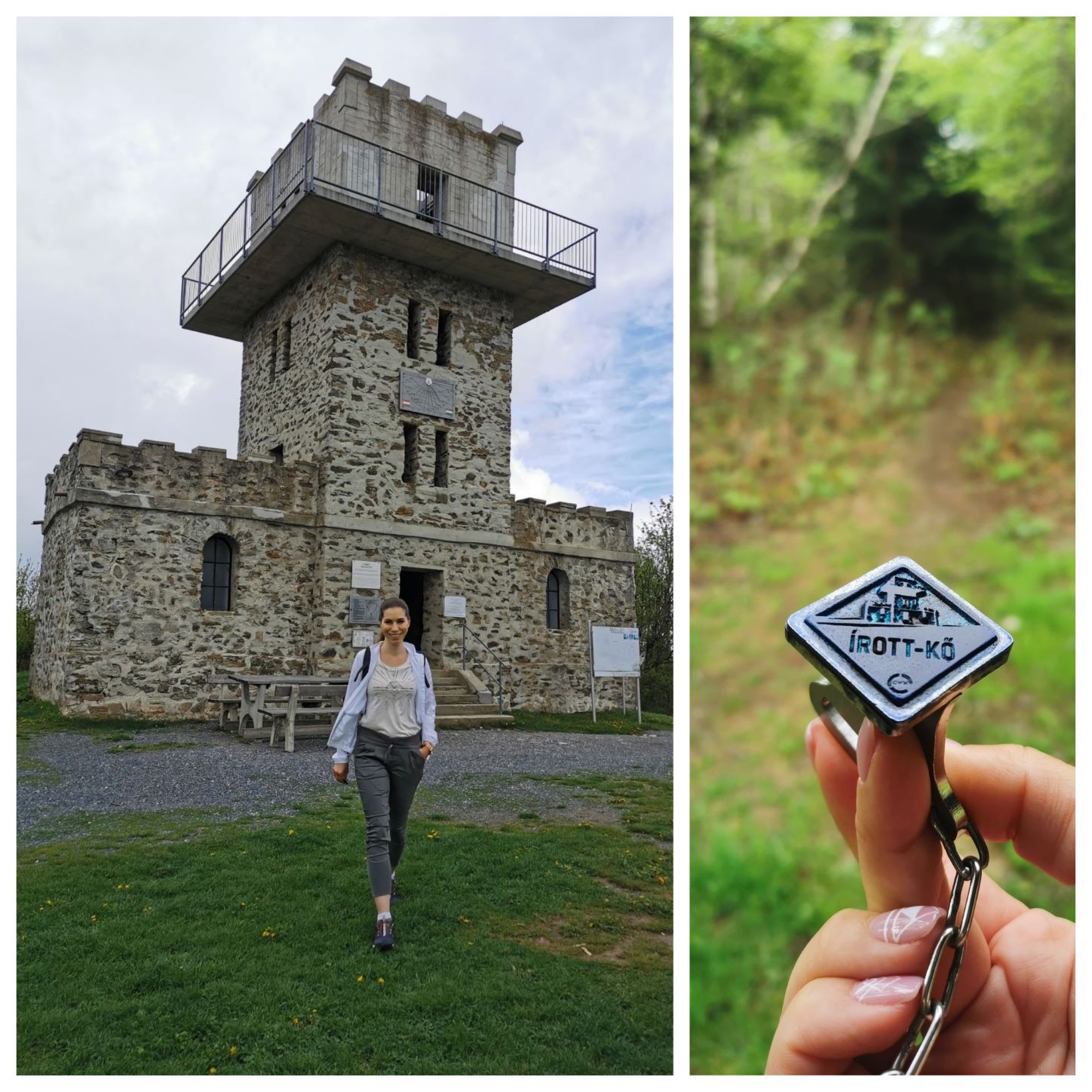 One of the most well-known springs of the Kőszeg Mountains is the Seven Springs. It is 424 meters high and a popular family and barbecue destination. The water of the spring in the valley is known since the 18th century. However, the spring was built only in 1896, the year of the Millennium, and was named after the seven conquering leaders. According to legend, anyone who drinks all seven springs will soon fall in love. The Seven Springs can be reached by a 1.3 km walk from the national blue trail from Kőszeg. 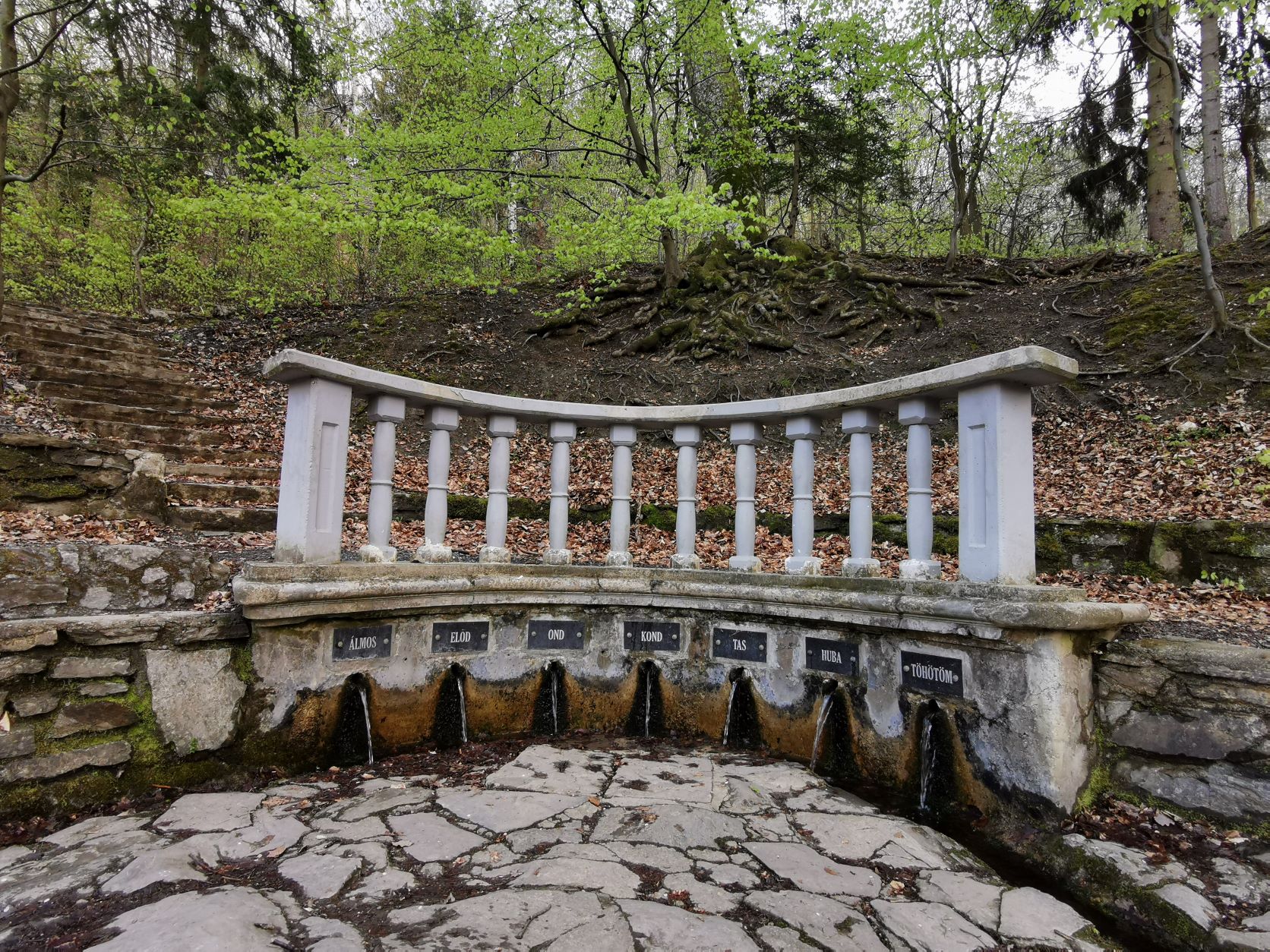 The foundation of Kőszeg began on the 609 m high Óház roof, where a castle once stood. Later in 1996, a lookout tower was built on the foundations of the 13th-century building. It is a popular place for hikers thanks to its easy availability. From the top of the lookout tower, you can enjoy a very nice panorama of Kőszeg, Szombathely, as well as the nearby mountains, Ság and Somló. 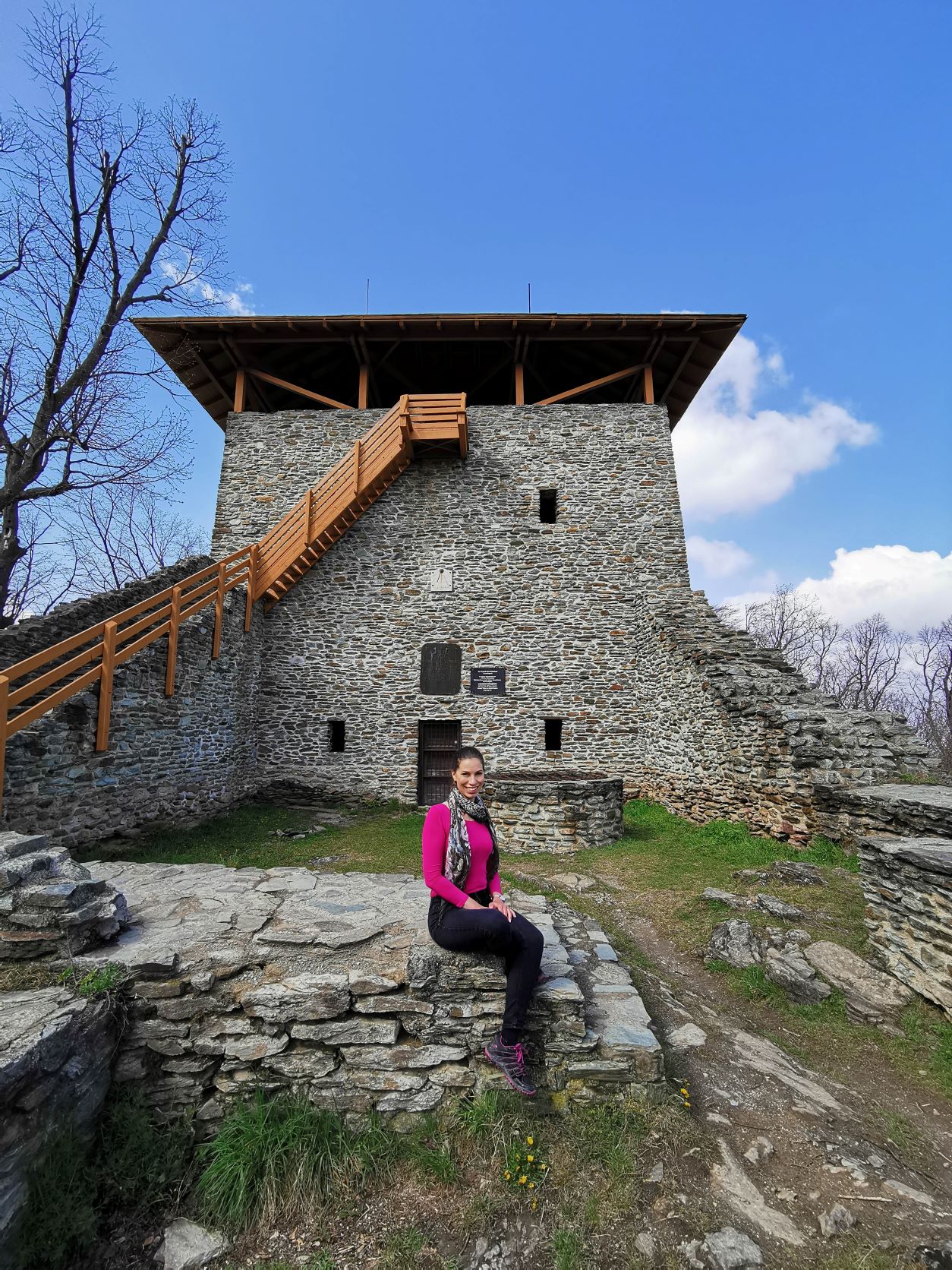 On the 582-meter high St. Vid Mountain there was once a castle from the 10-12th century, however, the history of the mountain goes back much further than that. Archaeological findings prove that the area was inhabited 3,000 years ago. Moreover, the handicrafts made here even made here made in Scandinavia via the amber road, which was the most important trade route of antiquity. Today, St. Vid Mountain is a popular place for hikers and pilgrims, with a baroque chapel on medieval foundations at the top. 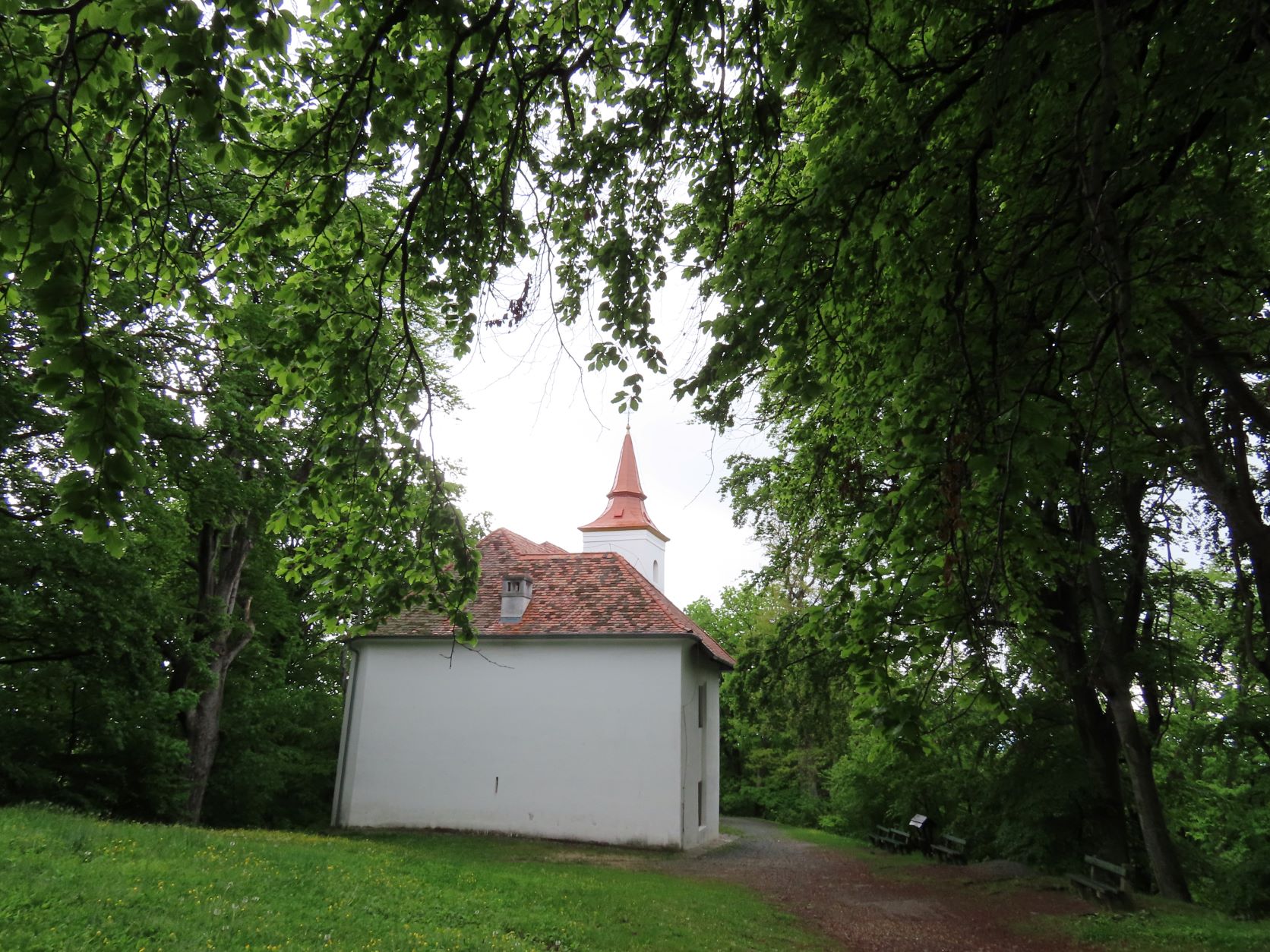 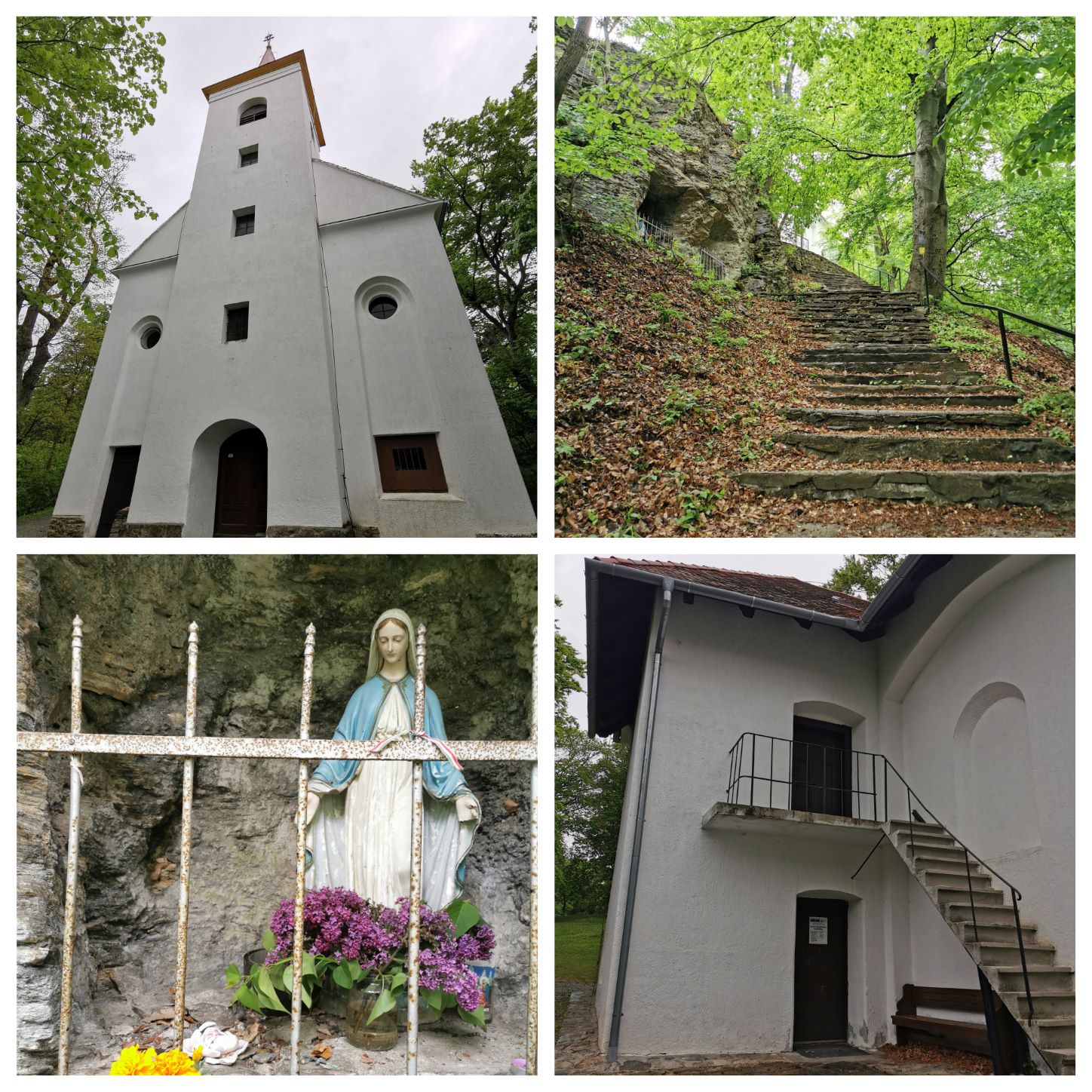