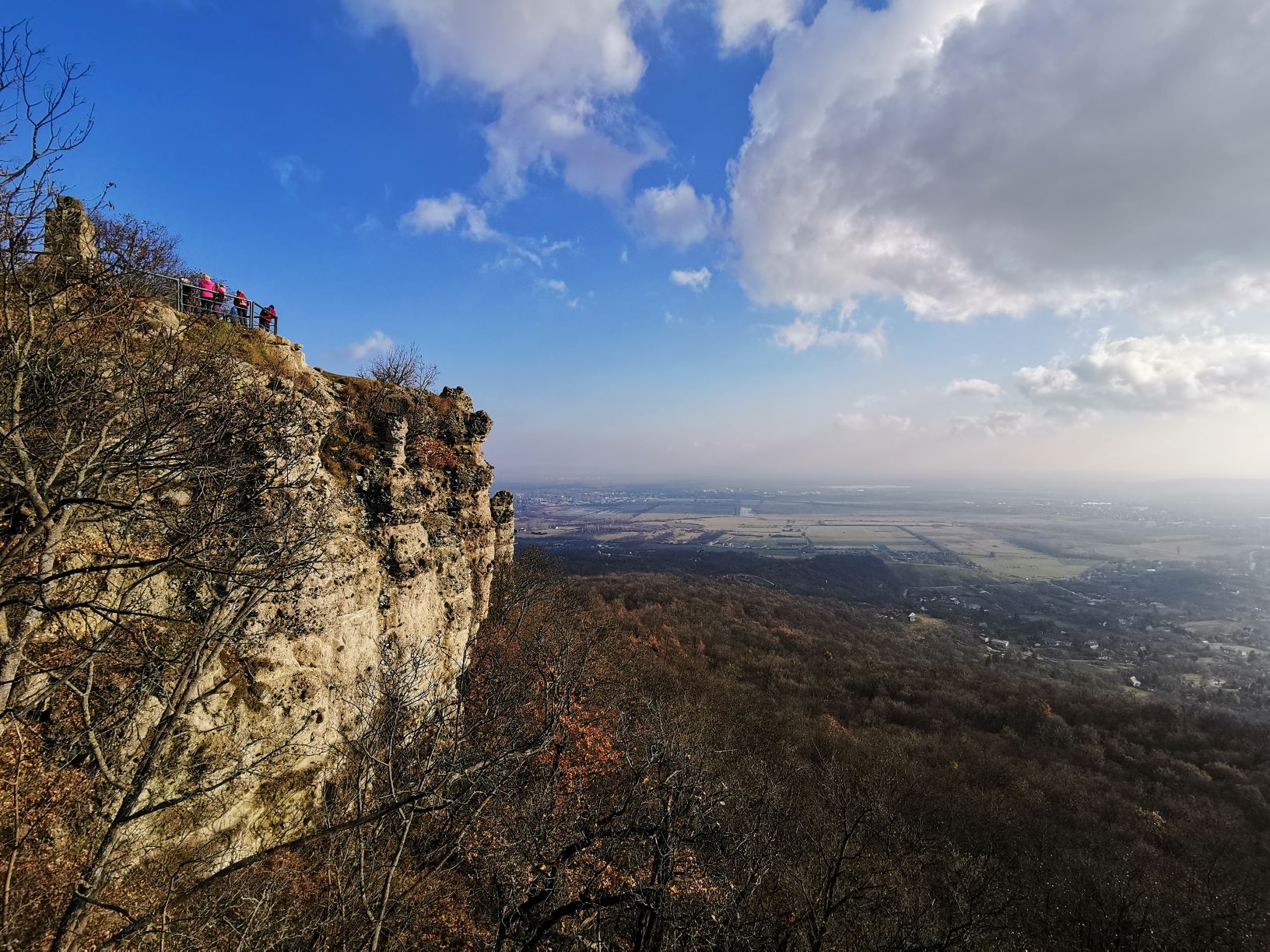 Pomáz has spectacular rock formations and unique caves, though they don’t belong to the most knows destinations around Budapest. However, Kő-hegy (Stone Mountain) definitely deserves more attention. On the one hand, it has many attractions for hikers. Secondly. Pomáz is also easily accessible by public transport. The lack of a car should not prevent you from spending quality time outdoors. Thirdly, you can visit the mountain with children too. Apart from a smaller ascent, the trail is not difficult. And I’m not even talking about the fact that you can buy a hot meal at the top of the mountain, even during the restrictions. Or you can just eat your own food brought from and have a picnic in the middle of the meadow. 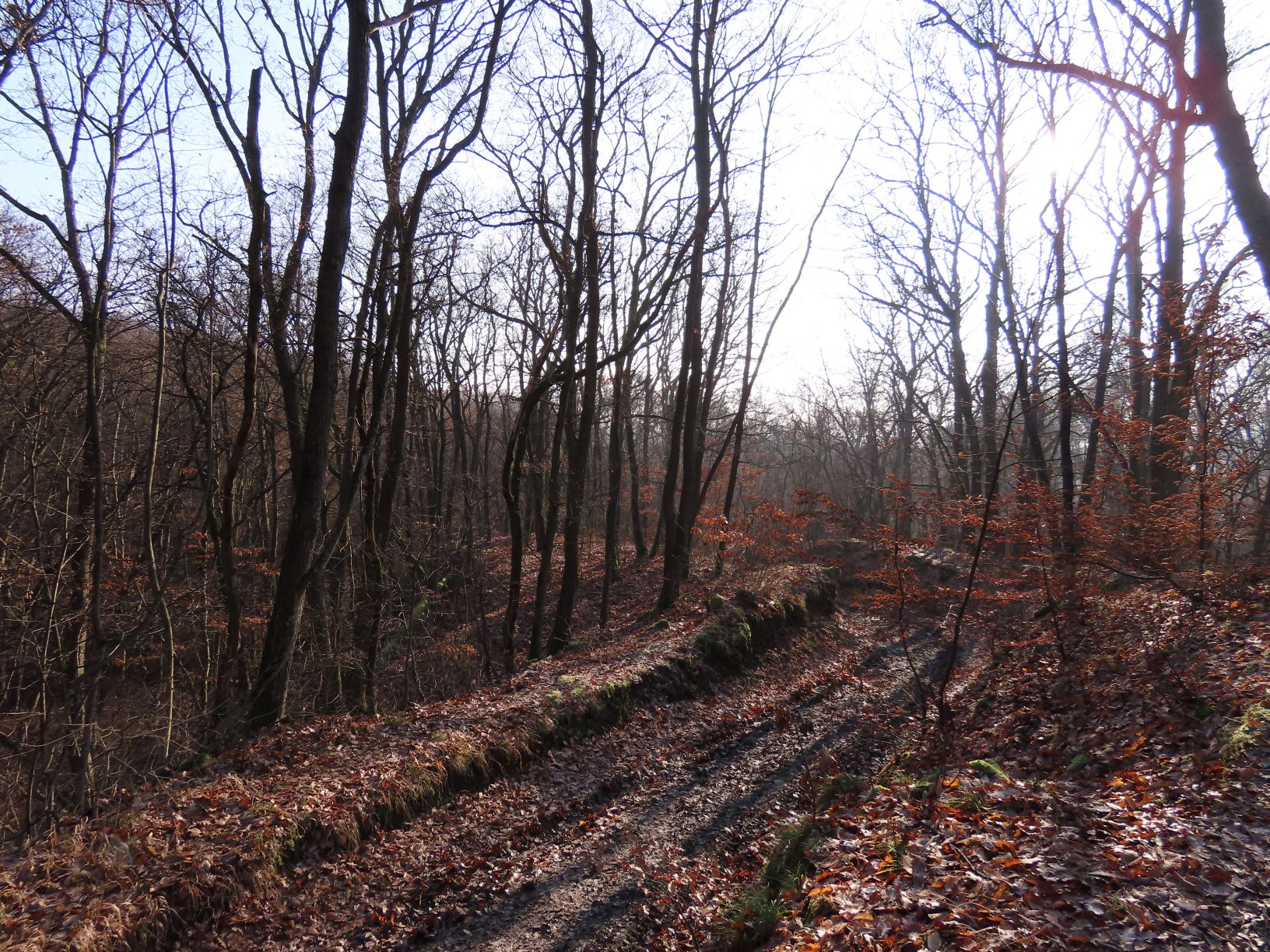 One weekend, I was just scrolling the Google map to see where I should go on a hike. I was looking for a place close to the capital, that can be completed in a few hours and guarantees something extra attraction. This searching method, by the way, often works for me to tap google maps and scroll and zoom until I find something interesting. This was also the case with Pomaz and Kő-hegy, where I wondered there is another Kő-hegy, just like in Budaörs.  If you are looking for other hiking spots nearby Budapest, read my previous article here.

The 366 m high Kő-hegy can be approached from both Pomáz and Szentendre on the green and yellow horizontal signed roads. I voted for Pomaz, where if you arrive by car, you can park at the end of Vróci Road. Or, if you’re not afraid of the dirt roads, you can drive all the way to the forest, where you’ll find parking spaces for cars. The total length of the round tour is 6 km. The starting point is the same as where the tour ends. 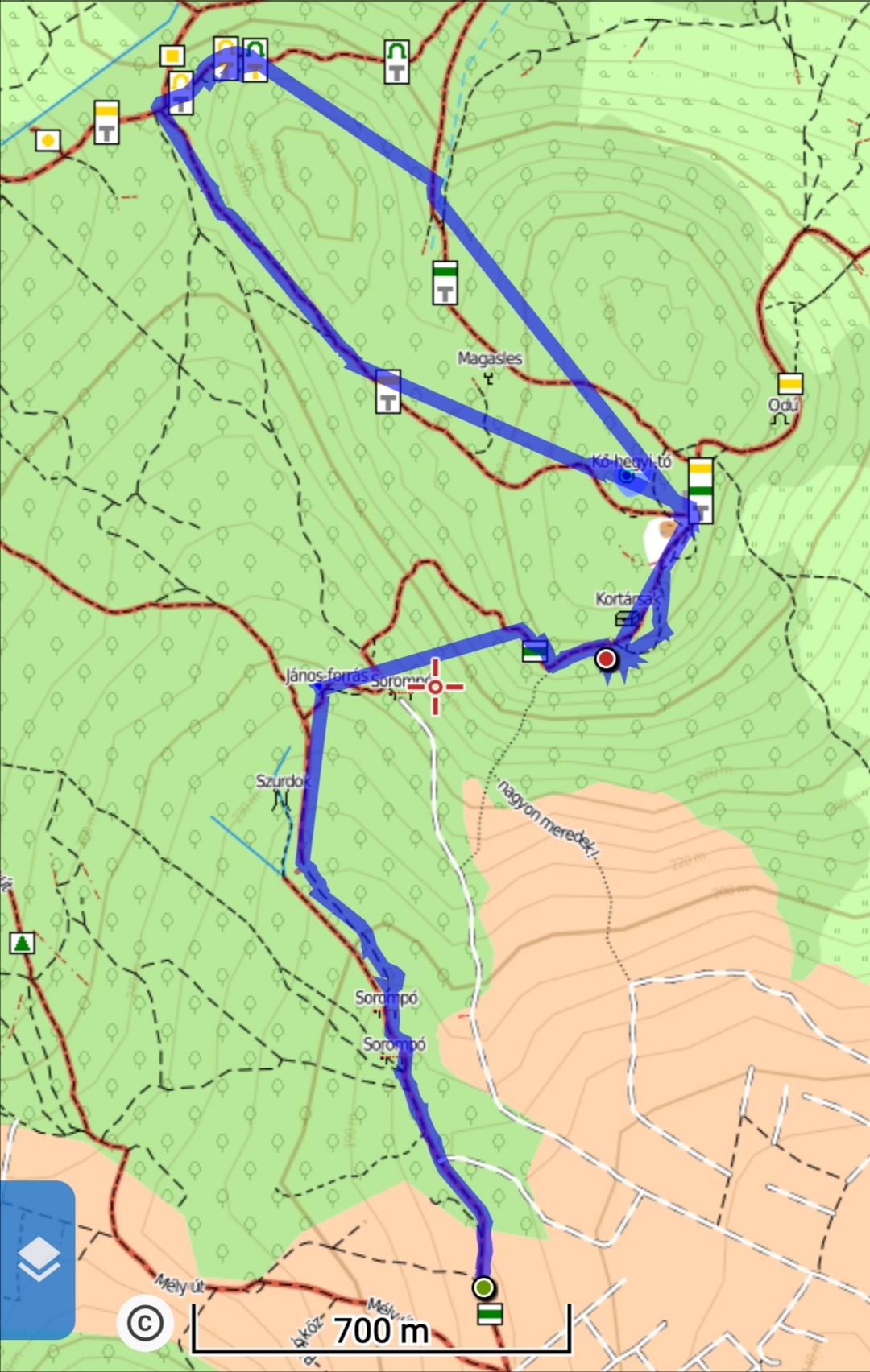 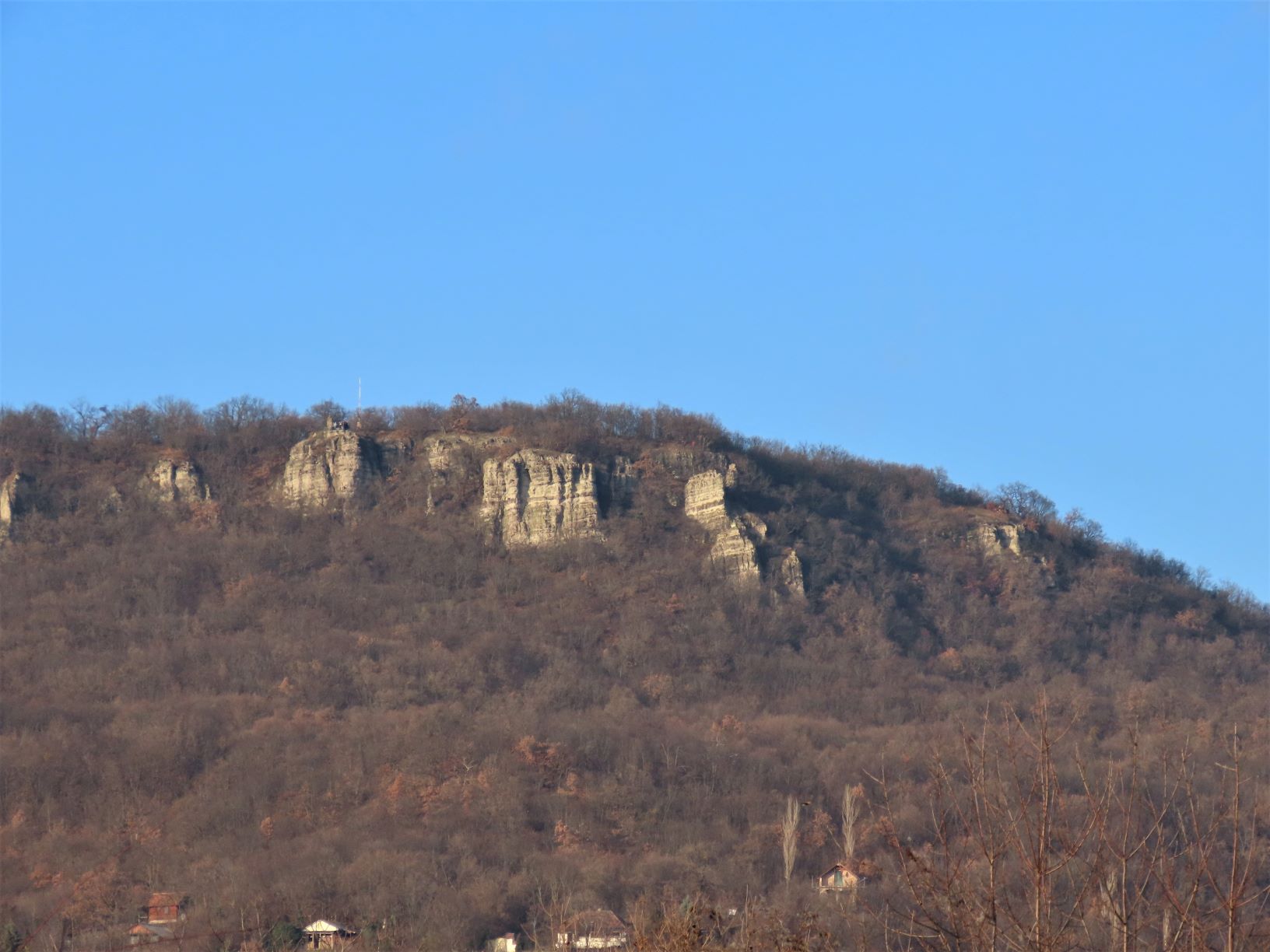 The total elevation is 200 m, which is not stressful except for a short uphill. Water is available at Csepel Spring, but water flows periodically from the Lajos spring too. In winter, in muddy weather, be sure to start the trip in the right hiking shoes. But hiking sticks can serve you also well.

Attractions along the way

Kő-hegy is part of the Visegrad Mountains, which has no peak, but a flat top. The volcanic origins of the 366 m mountain can best be observed at the Petőfi Lookout Point, where below you there is a 100 m drop-off. On the vertical walls, you can see the volcanic plates stacked on top of each other. The view of the Buda Mountains and the Danube Plain is amazing from here. The place looks a bit like the basalts of Szent György Mountain, which I hiked during my summer wandering in the Kali Basin at Lake Balaton.

From the lookout point, in clear weather, the silhouette of the Buda Mountains and the Danube can appear in your field of view behind the cityscapes of Szentendre and Pomáz. While you’re at the Petőfi Lookout, let’s not lose sight of Napoleon’s hat. The strange formation is a stone fungus, a conglomerate of volcanic rock layers, that resulted in a shape of a hat. 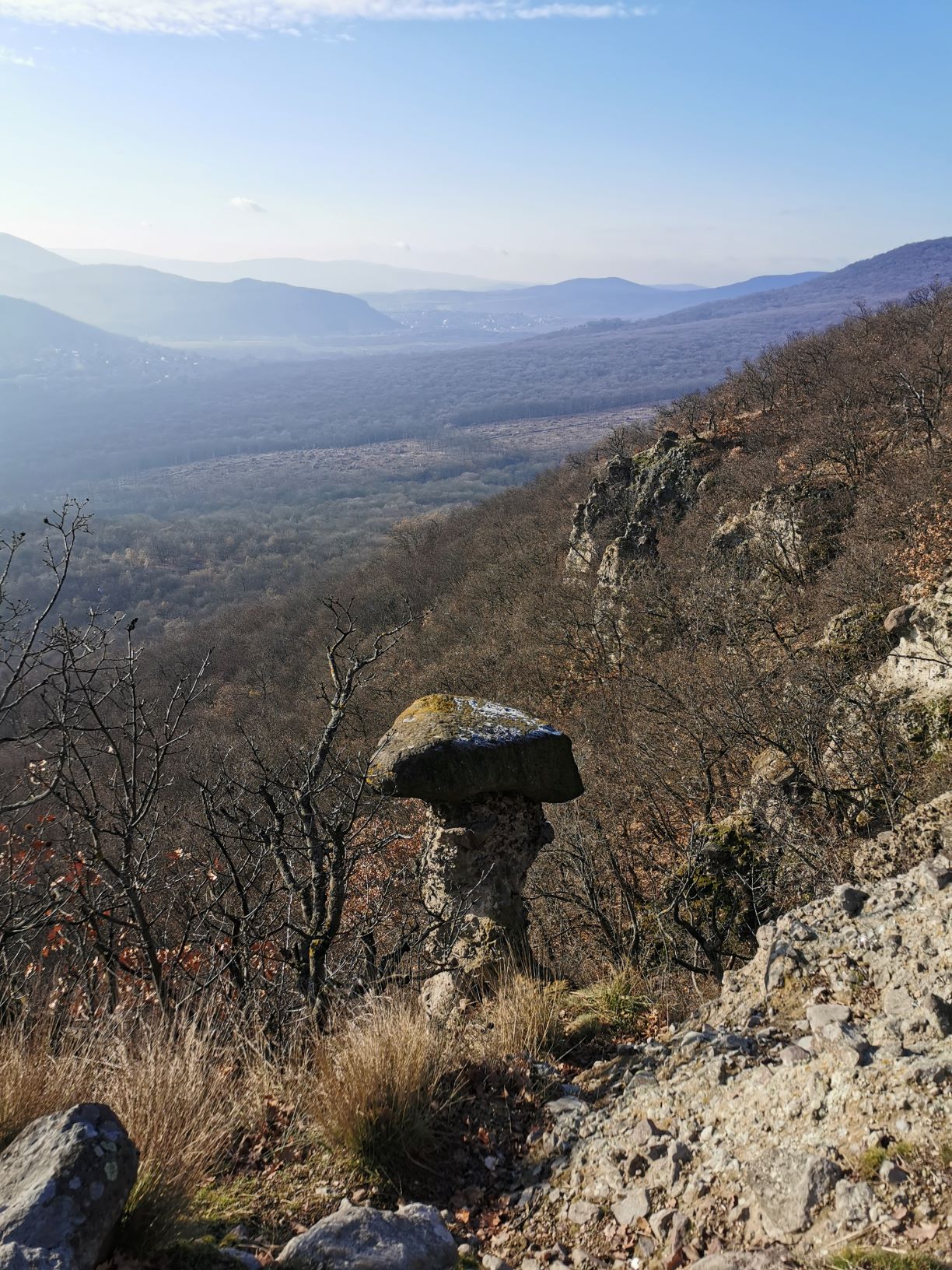 Petőfi Lookout Tower is a natural lookout point surrounded by iron railings on the edge of the cliff and erected in 1958 in honor of our famous poet. Petőfi and his friends were also on the rocks on September 23, 1845, and this experience inspired his poem “In the Visegrad Landscape”. Few people know this, but from these days comes the only known photograph of Petőfi, which can be found on the wall of the nearby tourist house. 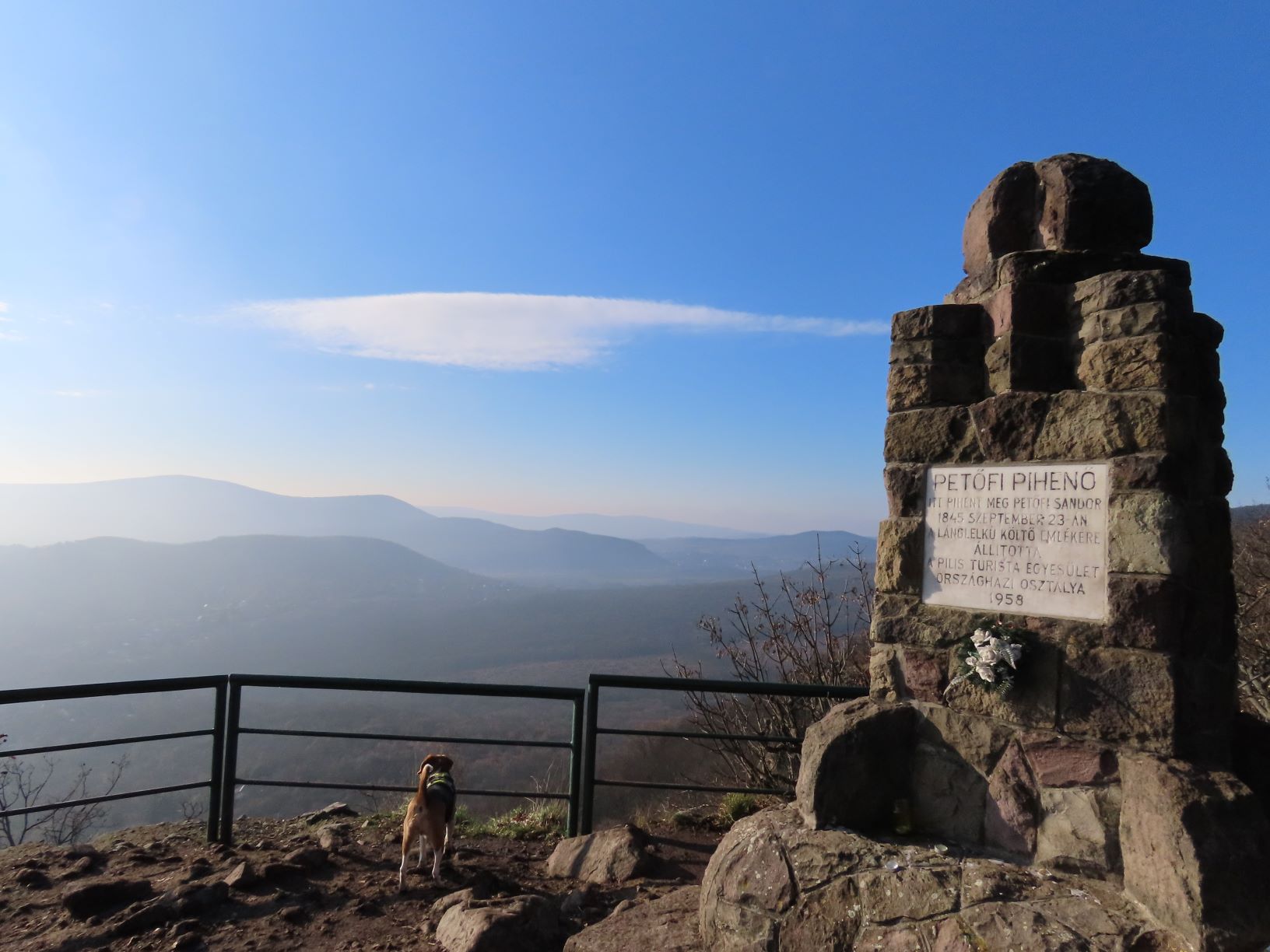 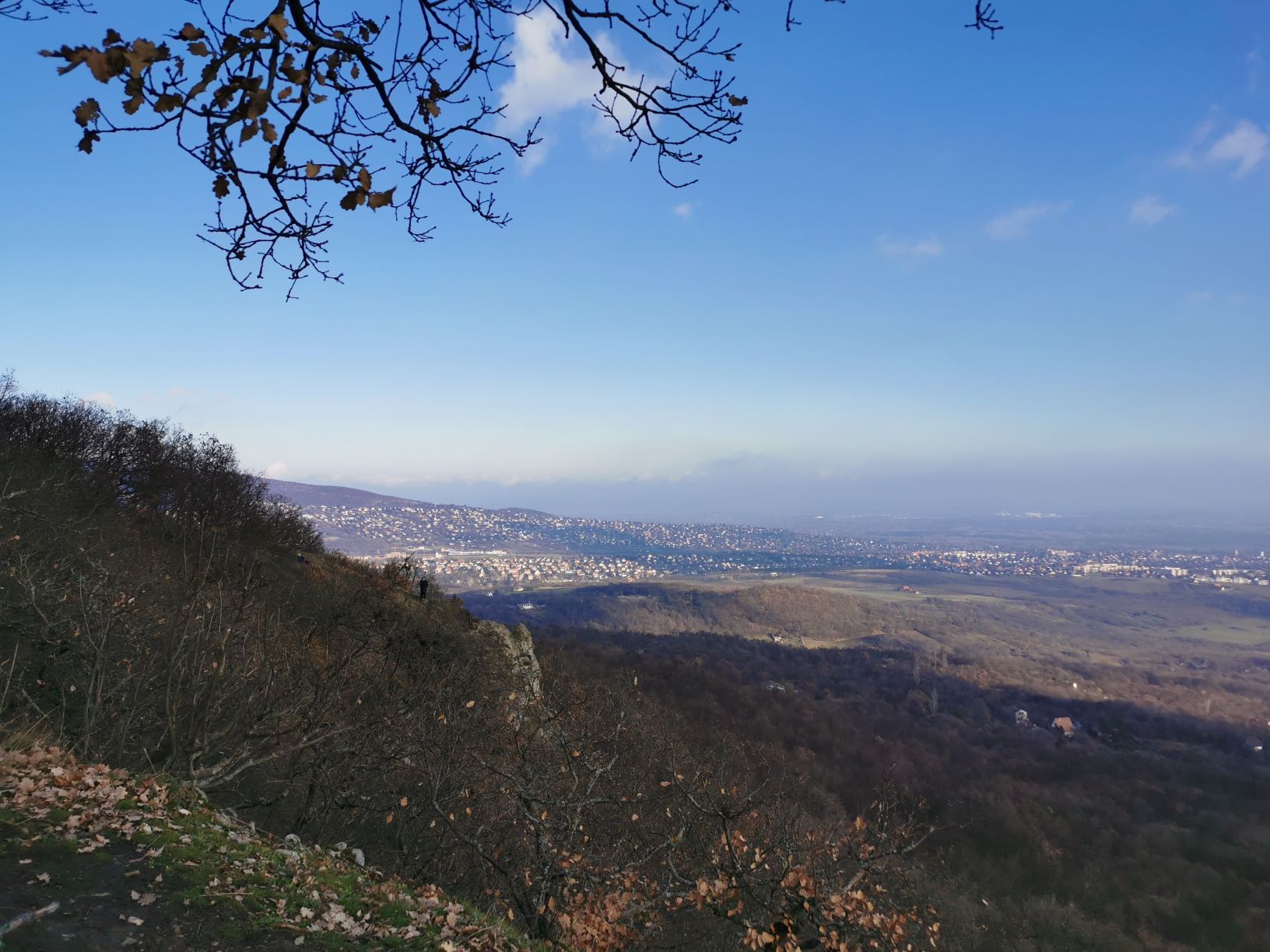 The lodge was built in 1933 from donations and was named after János Czibulka, a former city politician. It is one of the last mountain shelters in Hungary, where hikers are welcomed with accommodation. The house is open on weekends during the restrictions too and serves hot drinks delicacies meals such as goulash soup and pancakes. 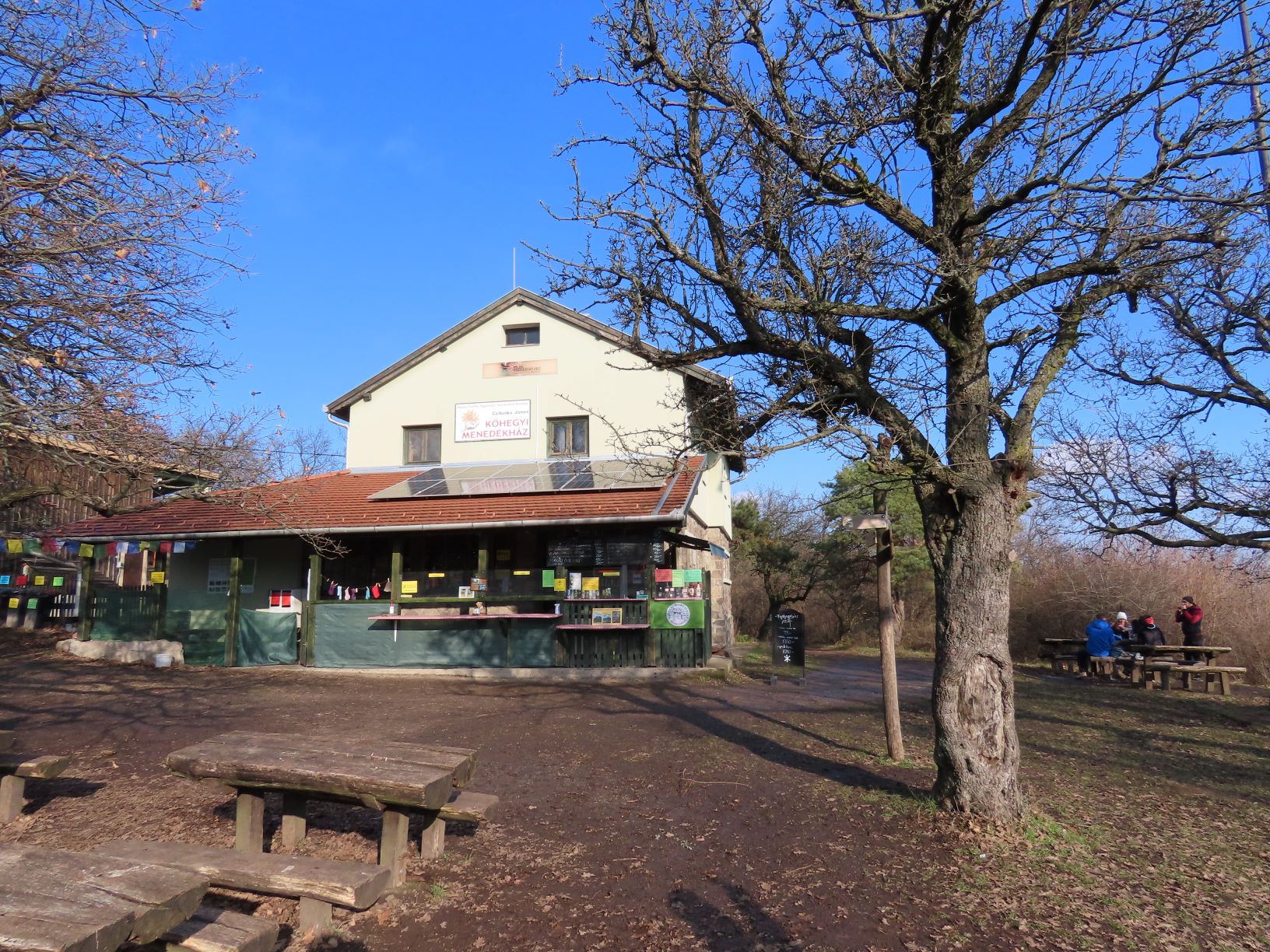 It’s a huge shoutout that waste is collected selectively here. Furthermore, there are many benches and seats in the large meadow in front of the house. Although the place is not on the national blue trail, you can find a stamping box both at Petőfi Lookout and in front of the lodge. Behind the house, there is a temporary lake, the presence of which is indicated by reeds and willow trees. 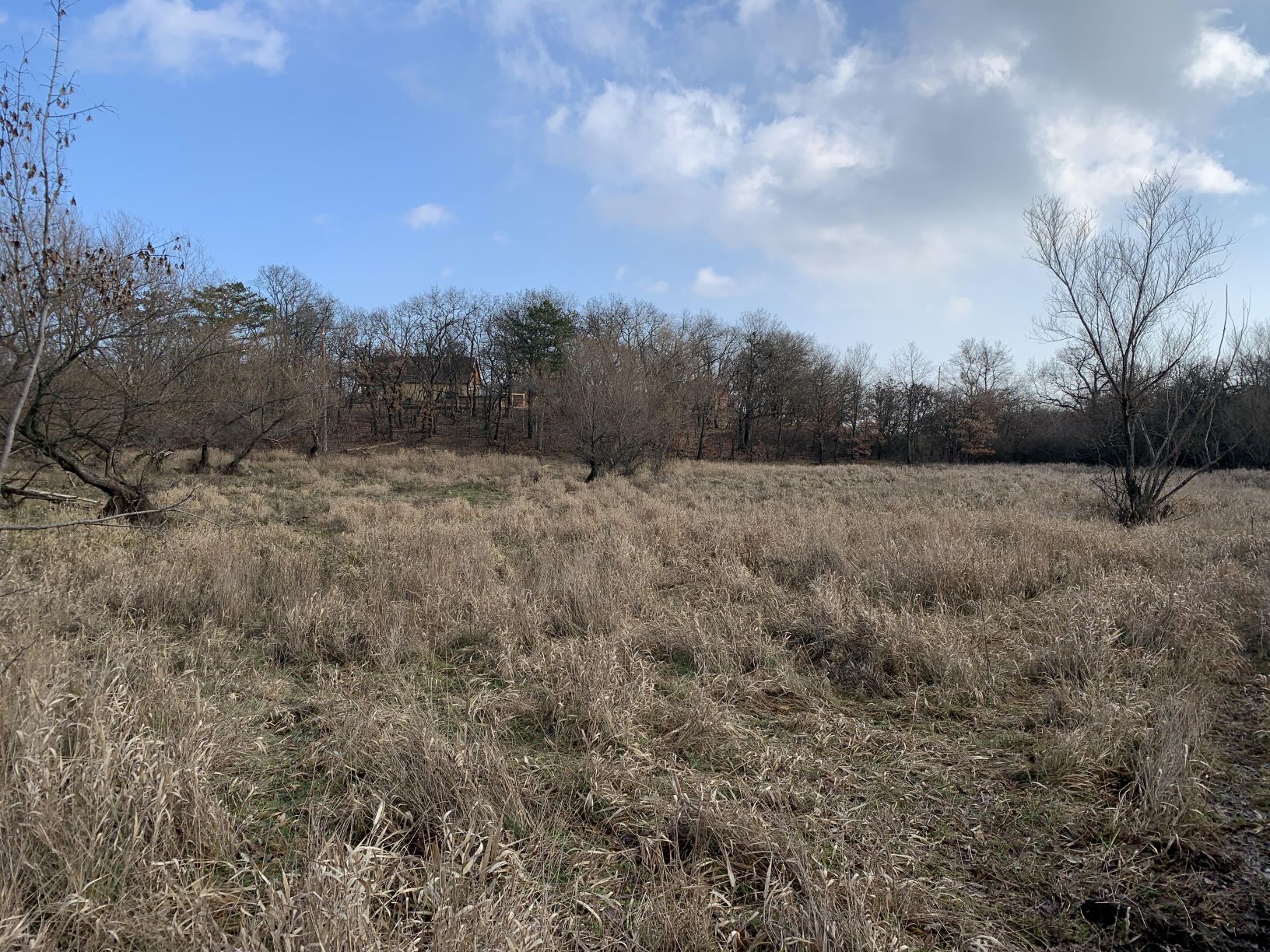 There is a 4 km long natural trail on Kő-hegy that includes six stations. There is a lot of overlap between my hiking map and the nature trail. The special feature of the latter is that while walking you can also get an insight into the wildlife of the protected area of the Danube-Ipoly National Park. Please do not pick flowers and take home the packaging of your food. Do not leave any footprints, just make memories. This applies not only to the nature trail and the tour but also to all hiking. 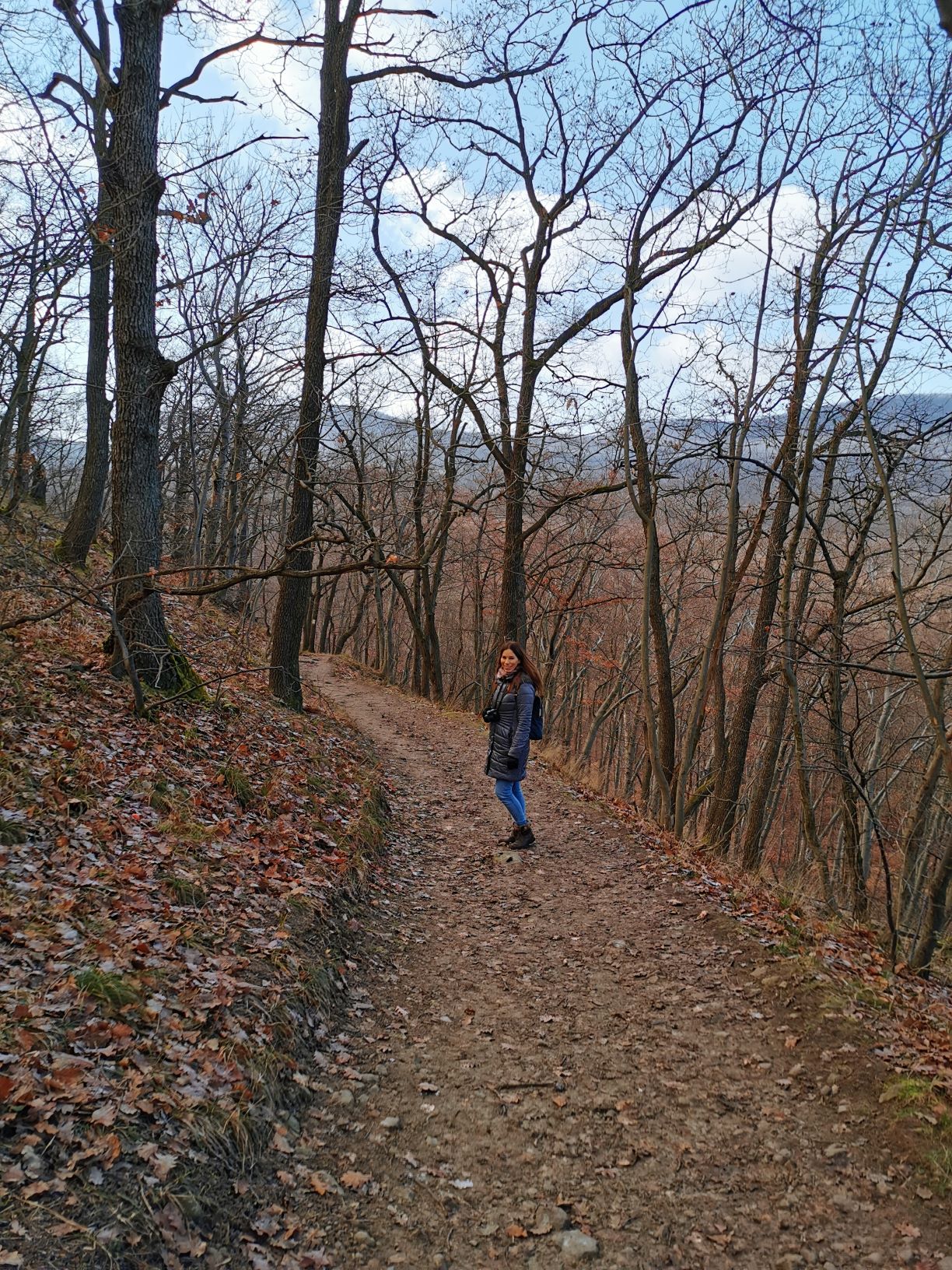 On the hill you can see traces of a powerful volcanic eruption that occurred 15 million years ago. From the green horizontal road, take the green/yellow cave road, where you will soon reach the Vasas Cave. The 50 m long and 20 m deep ravine is accessible for a while. Do not go further than the narrow opening. The cave is protected like the whole place. 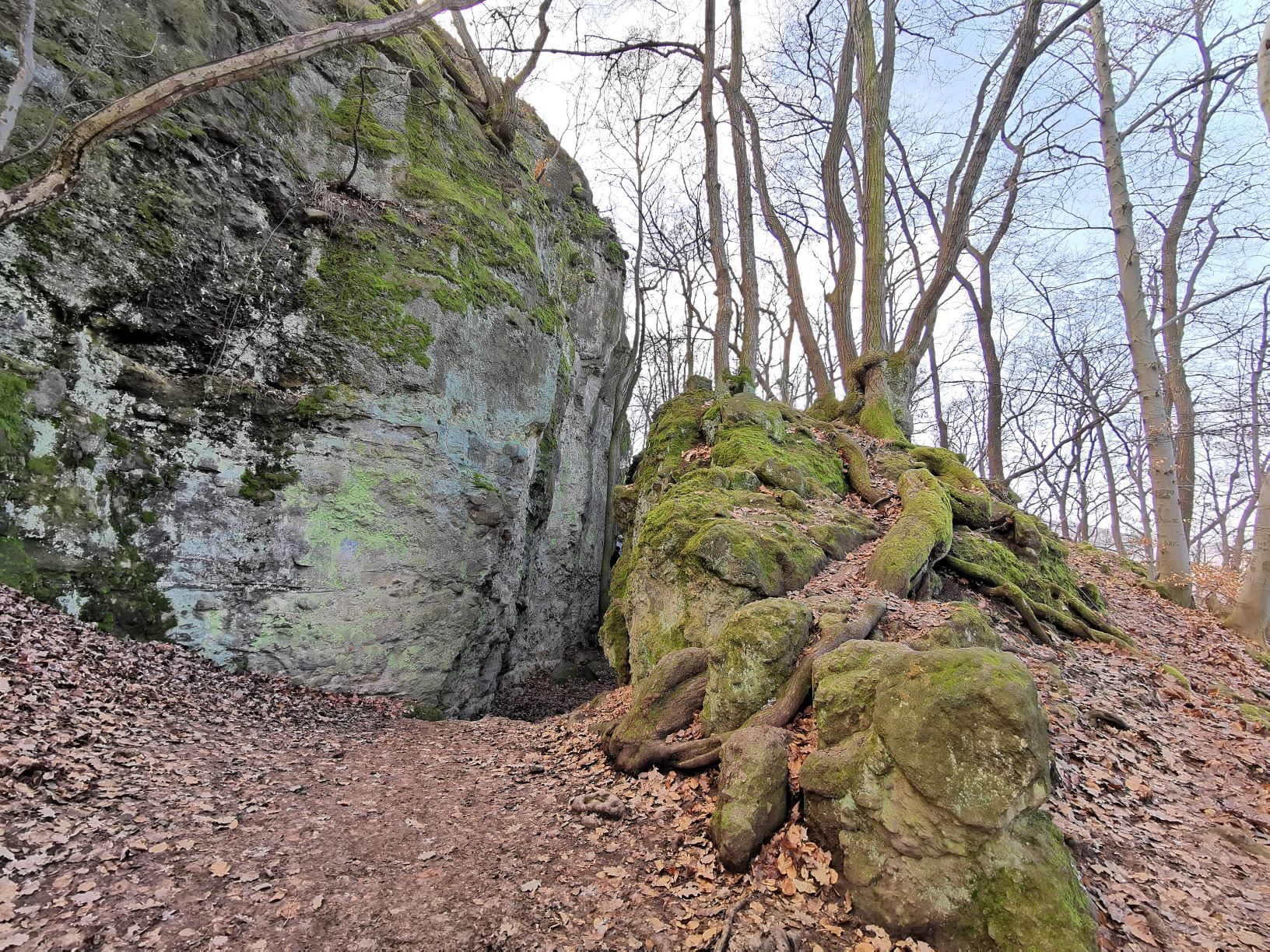 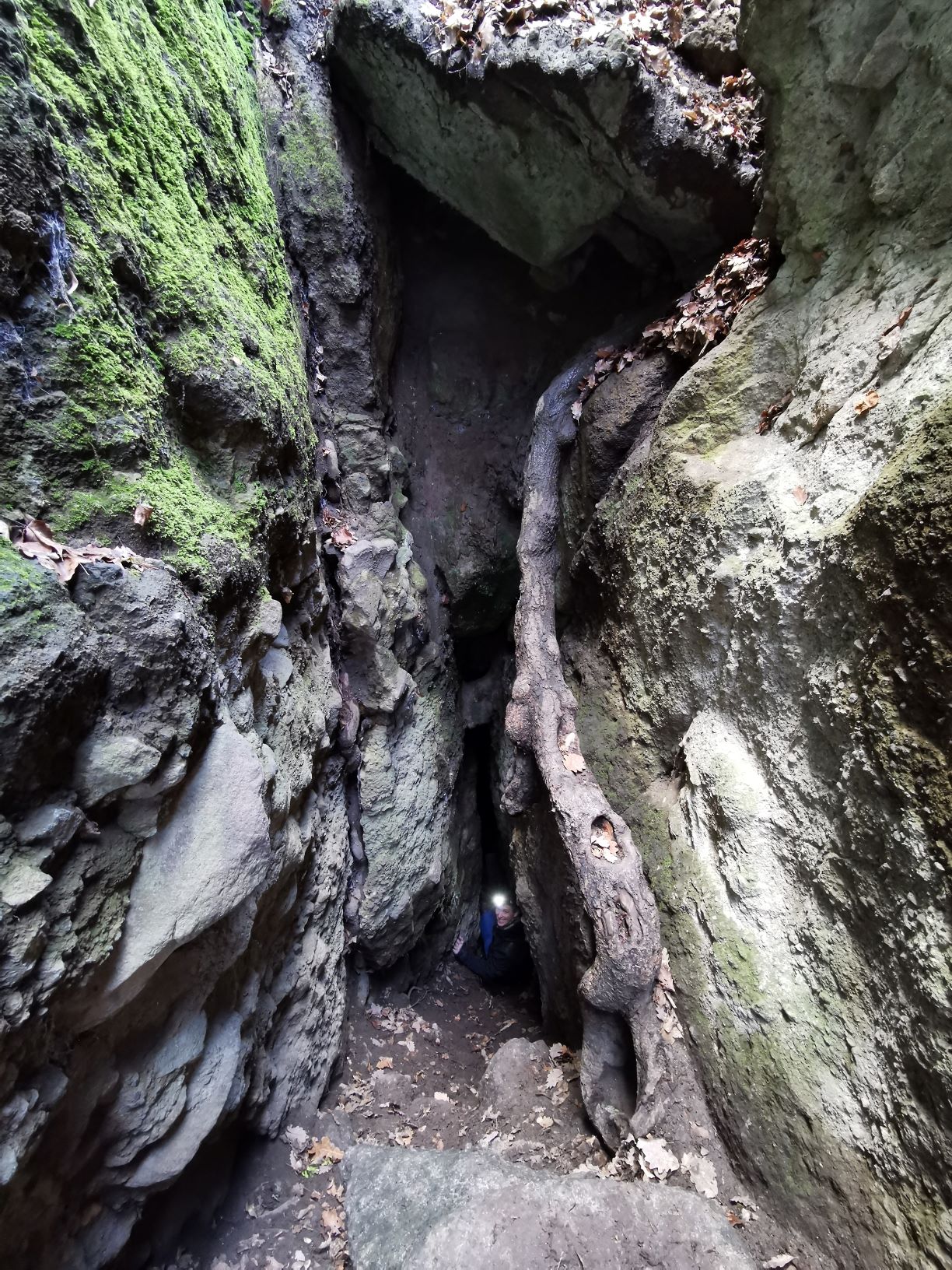 Extra place to see around Pomáz

It is worth walking to the cemetery in the interior of Pomáz. You can observe Kő-hegy well from here and you find a special building here too.  According to the information table, once the first Christian church in the Carpathian Basin stood here. We know from Bonfini’s description that Frank Little Pippin launched a campaign to occupy the Danube part of the Avar Empire (750s). He demolished all the old churches together with idols and erected a chapel on the outskirts of the city. 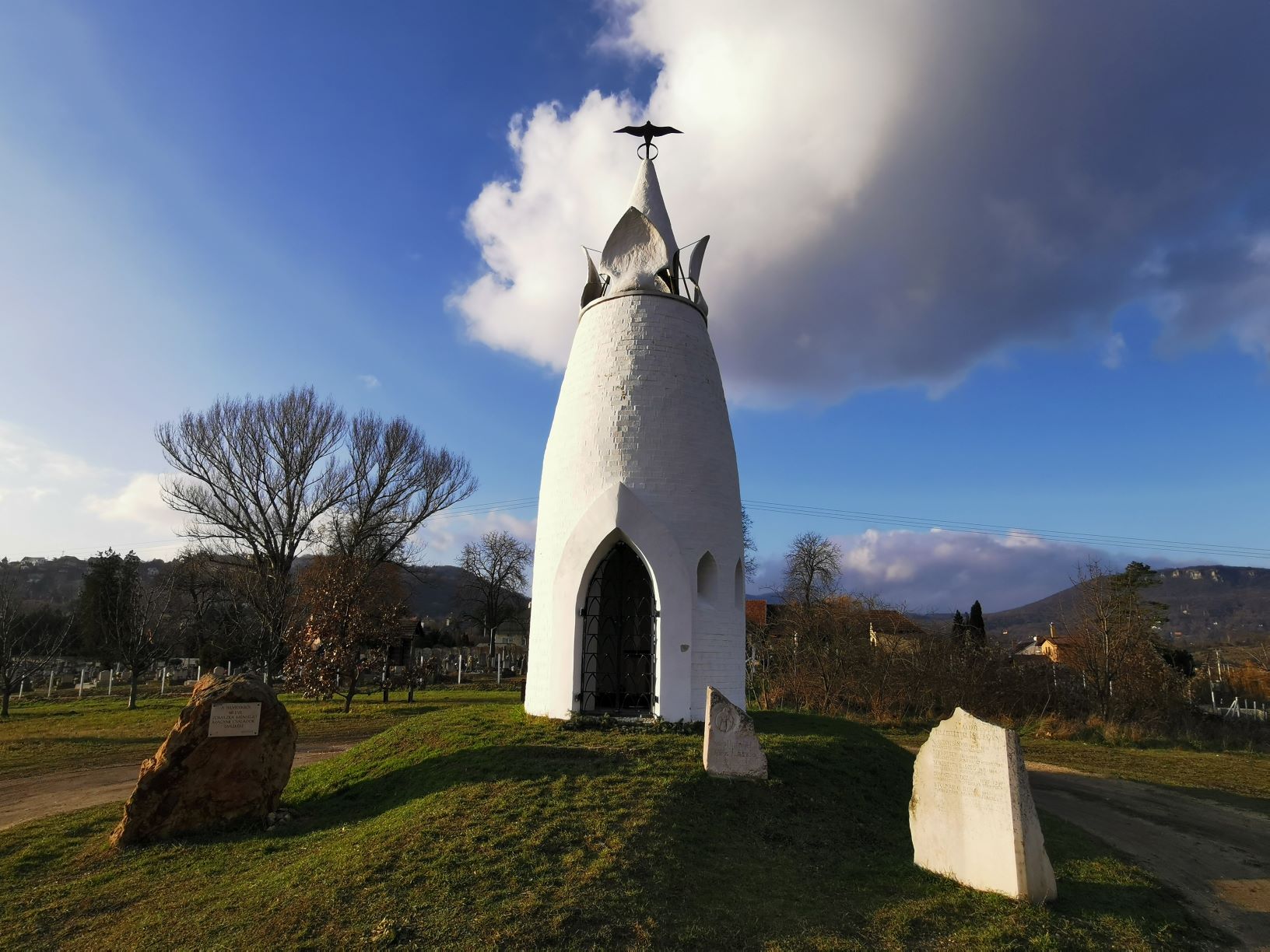 According to the writings, here on this hill stood the temple of Mother Mary, which could be the first Christian church in the Carpathian Basin, ahead of King Stephen. Today, the location is marked with a snow-white building, which is interestingly not a church, but a monument to the state founding of Hungary.