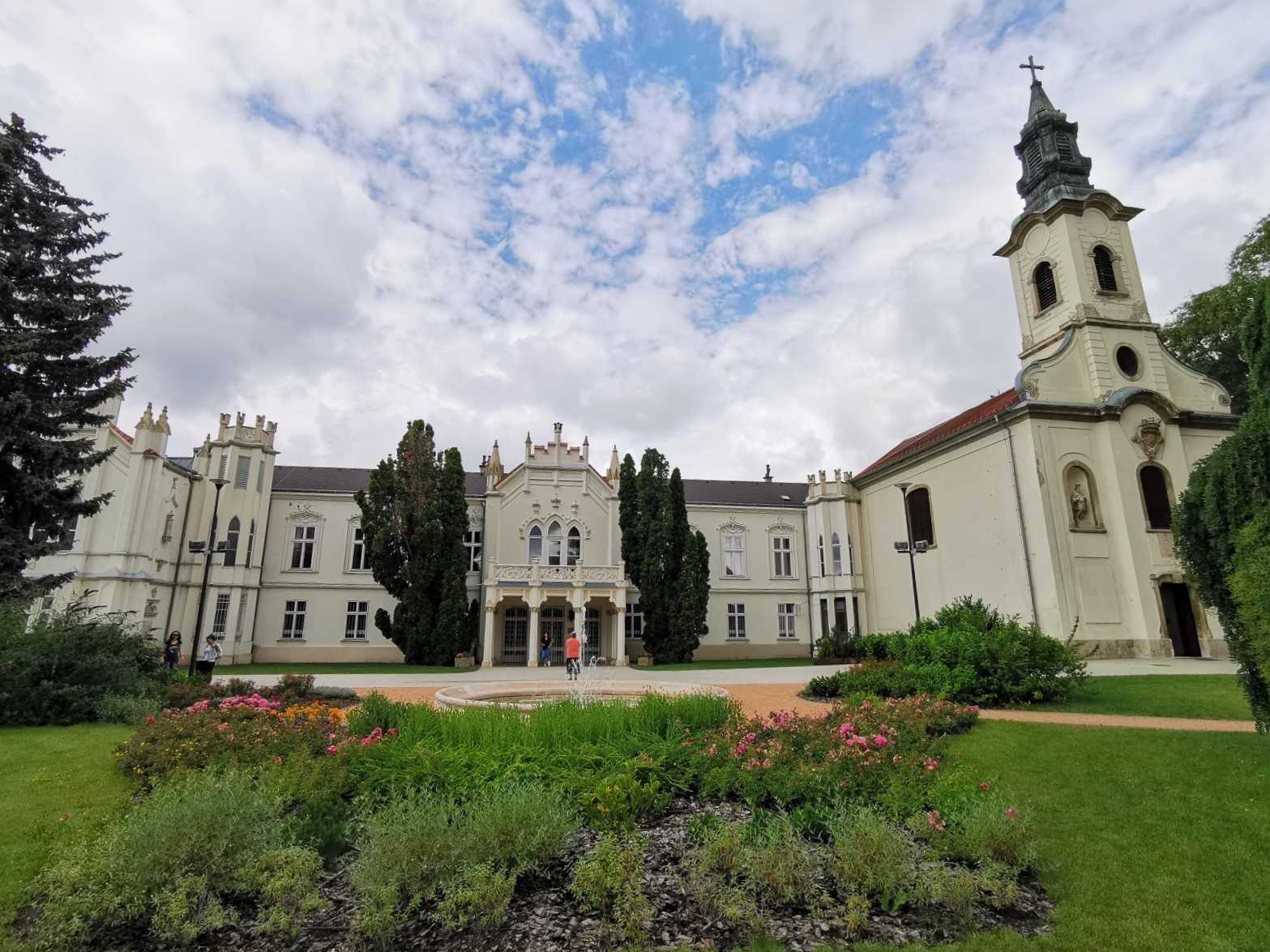 Martonvásár: a fairy-tale place near Budapest

I passed Martonvásár countless times on the M7 motorway, while I was on my way to Budapest, but despite the inviting sign, I did not pay much attention to it. Until one weekend, I ended up here as plan B on a rainy day. Then I realized very quickly that Martonvásár is not a plan B. It’s a really wonderful city that deserves more attention. Not as a B, but as an “A” list road trip destination, as it is full of beautiful sights. Let’s see what’s worth doing at Martonvasar.

Brunszvik Castle and its history

In the 1770s, the former castle was replaced by a wasteland covered with water. The worthless land was donated by Maria Theresa to the Brunszvik family along with the rank of Earl, after which construction began over three generations. The first building to be housed on the Brunszvik estate was the Baroque Catholic Church on the right edge of the castle, to which the castle was gradually built. The church wing of the Baroque building became the “female part”, and the more distant one was inhabited by men. 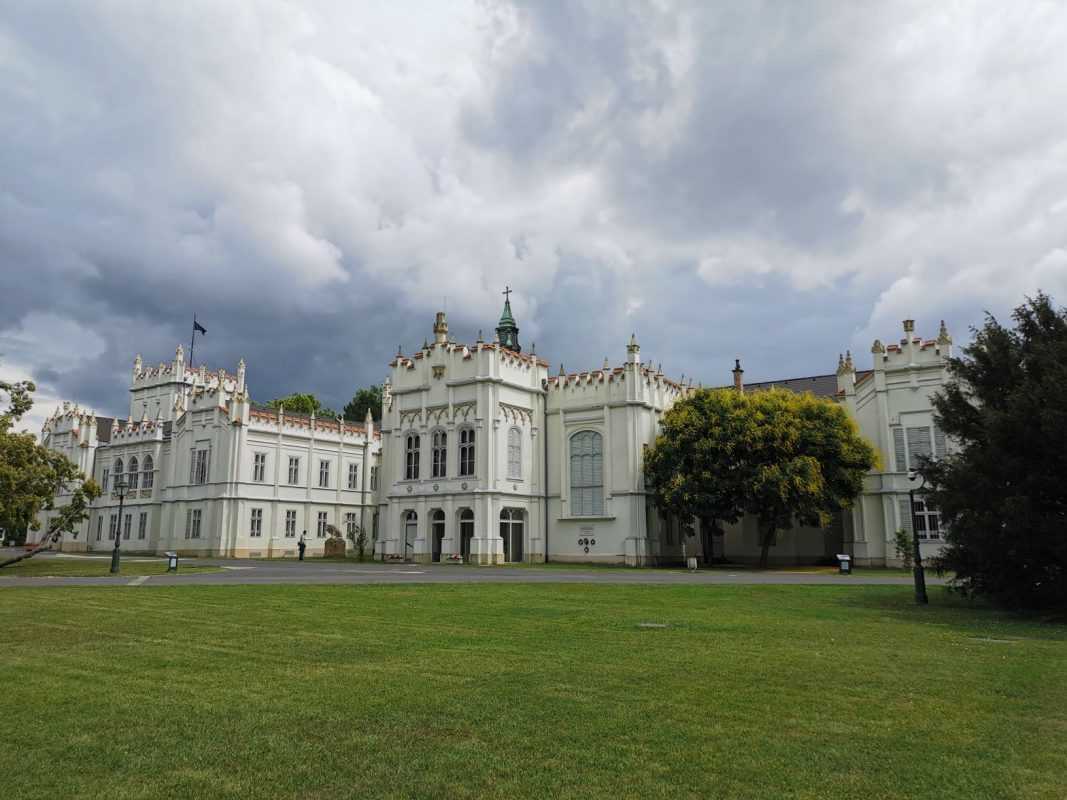 From the ownership of the Brunszvik family, Martonvásár estate became the property of Archduke Joseph in 1893, who renovated it in 1896 and soon after gave it to the Dreher family. During the First World War, the building was used as a military hospital and suffered significant injuries during World War II. Fortunately, it was renovated, during which it regained its neo-gothic form in 1870. And the result became a one-story snow-white wonder of unparalleled beauty, which with its slender towers and peak-arched windows, is the most English and romantic castle in Hungary today. Another interesting thing is that since 1953 the Castle of Martonvásár has also been the home of the Agricultural Research Institute of the Hungarian Academy of Sciences. A smaller part of the Brunszvik Castle can be visited free and you can take photos from the façade. However, I suggest continuing your way towards the park, where you can enter with a ticket. 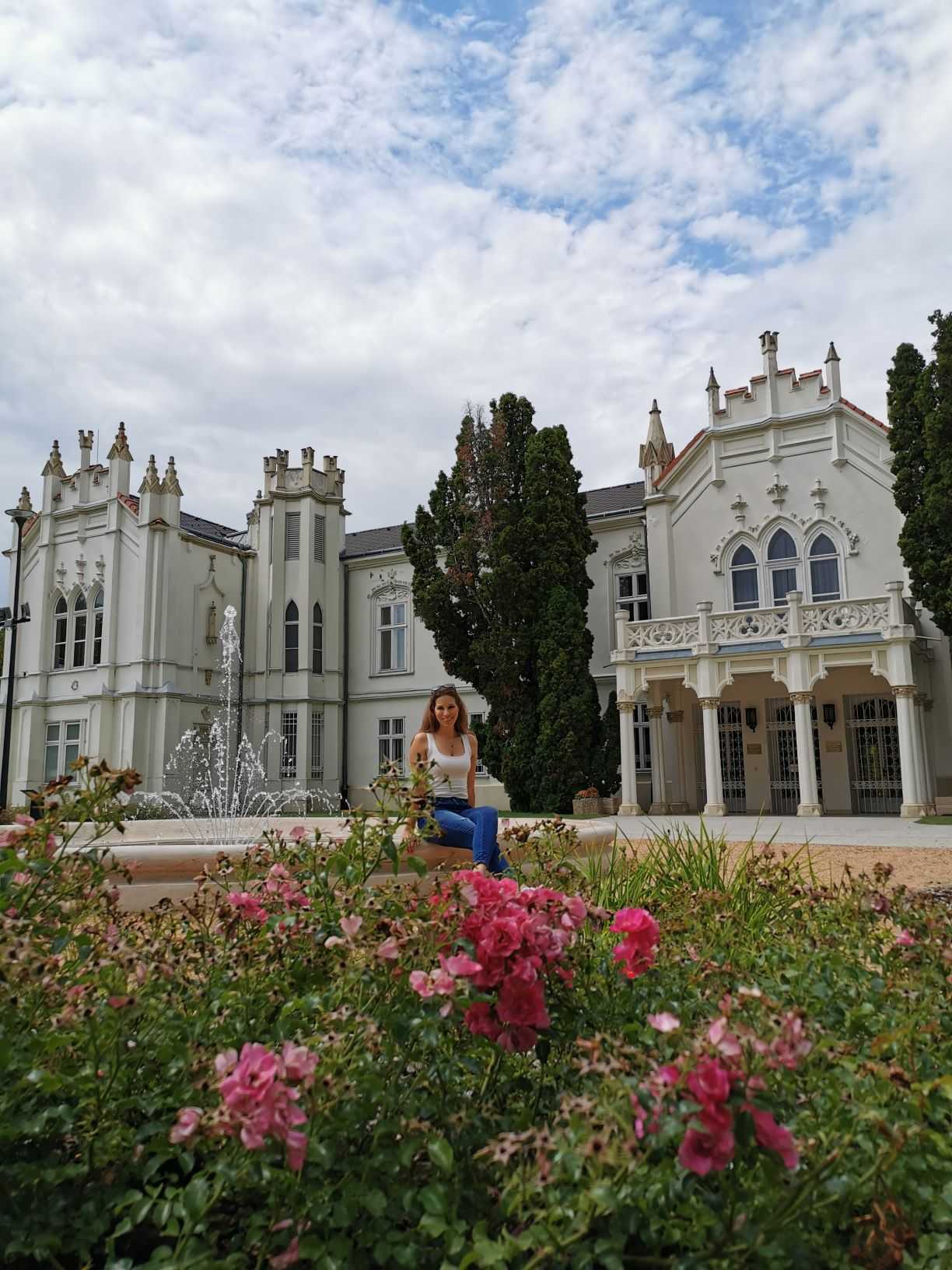 As desolated and swampy as this region used to be, thanks to Ferenc Brunszvik, today we can admire one of the largest castle parks in Hungary here. The nearly 70-hectare site has been a nature reserve since 1954 and is home to nearly 400 different wooded plants. In addition to the maidenhair tree, dwarf Russian, genus Aesculus almond from the Balkan there are also specialties such as 4 meters diameter bald cypress, which has most likely been standing on the shores of the lake since the 1800s. With its tiny breathing roots, it looks like children standing around the tree, giving a very beautiful sight. In the park area, a small lake was also created by the swelling of St. Laszlo’s Stream. In the middle of the lake, there is a small island where a bridge takes you through.

In the shadow of field maple, black alder and tall ash trees, you can listen to Beethoven’s melodies three times in the summer. The immortal composer visited the castle several times the first decade of the 19th century. Antal Brunszvik’s two daughters, Teresa and Jozefina, were first taught to play the piano in Vienna and then at Martonvásár by the artist, who turned the working relationship into a lifelong friendship with the girls. Listening to Beethoven music at Martonvásár castle park is a real-time travel. 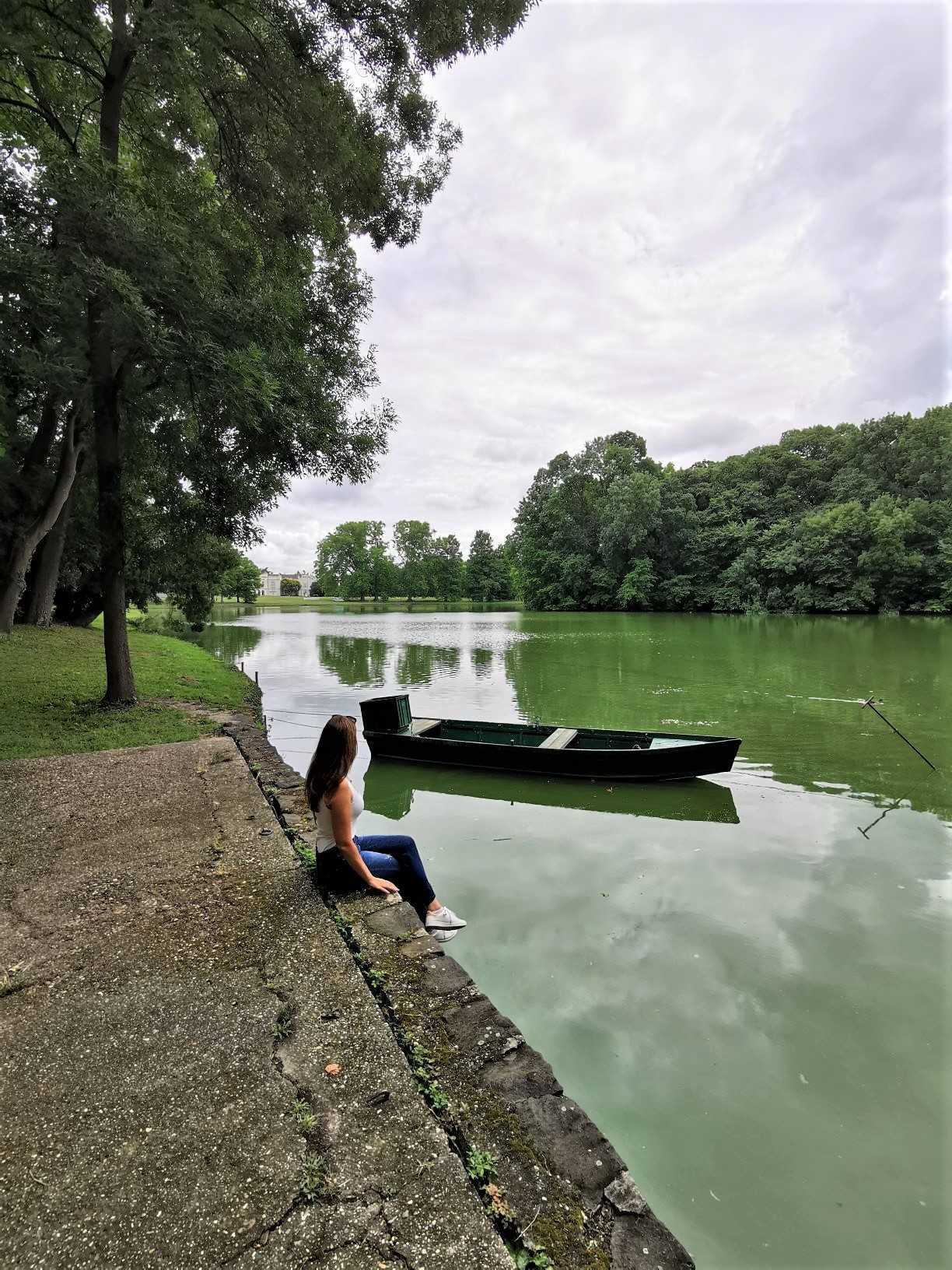 In honor of the 250th anniversary, the Beethoven Memorial Museum has been renewed this year, with an interesting and interactive exhibition as part of Brunszvik Castle. The hall includes a composer’s lock of hair, a sculpture, a former Streicher-branded restored piano owned by the Brunszvik family. But the most interesting thing to me here was rather the convoluted relationship between the family and the composer.

Beethoven had a good relationship with the Brunszvik family, so much so that, as a sign of his friendship, he recommended several of his pieces, including the Appassionata sonata, to the members of the family. His affair with the women of the family is even more remarkable. He began teaching Teresa and Jozefina to play the piano in Vienna, after which he often visited them on the Martonvásár estate. With Teresa, the elder Brunszvik girl, Beethoven had an intellectual relationship and corresponded with her a lot.

The composer was highly regarded and respected for the work of Teresa, who was also credited with opening the first Hungarian kindergarten, the Angel Garden, in 1828. However, he felt more than just respect for her sister Jozefina. Beethoven was a fierce fan of her, and although she did not become a real couple because of the different social statuses, their love was probably mutual. There were rumors that the father of Jozefina’s child, Minona born in 1813, was Beethoven but this family secret was deeply preserved by both girls. 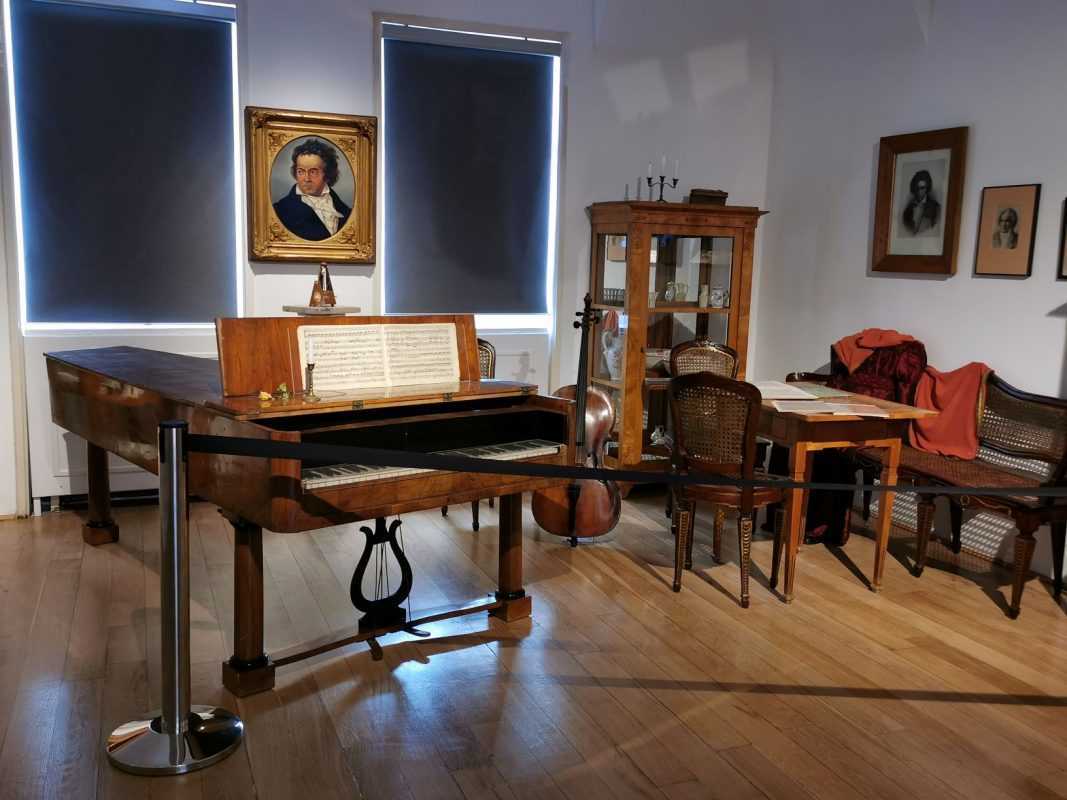 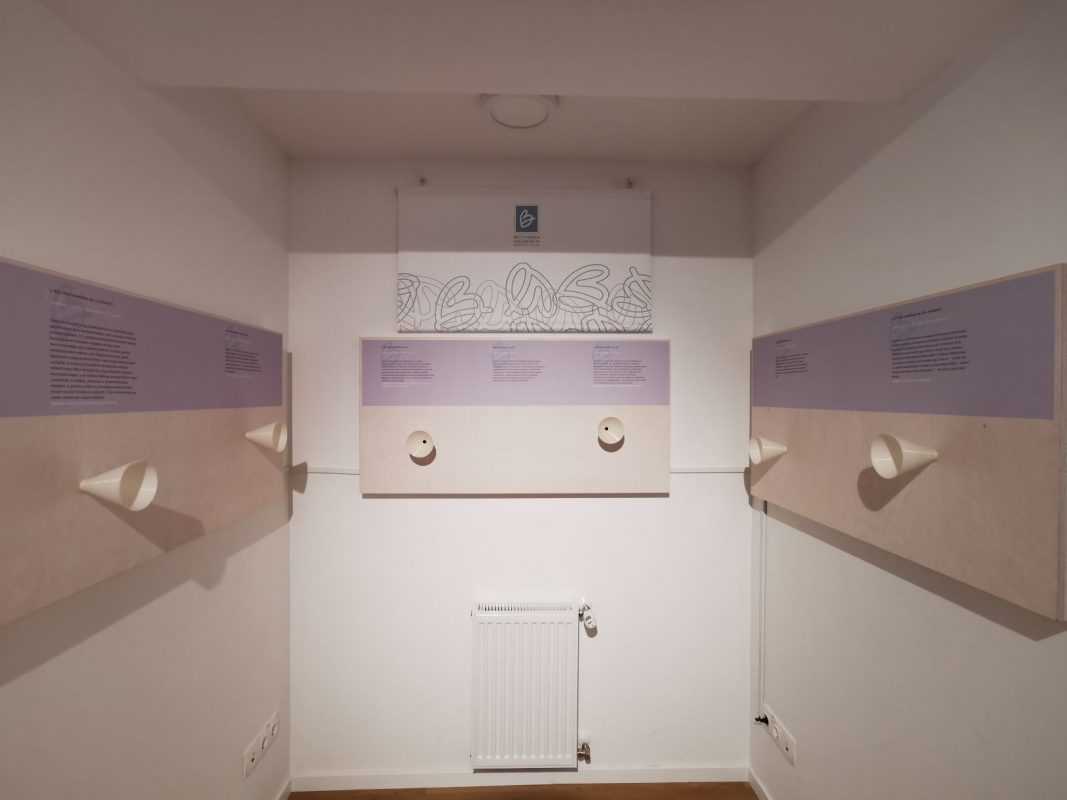 The Beethoven Memorial Museum also exhibit love letters and whispered words between Beethoven and the Brunszvik girls. For a long time, it was a question of who the immortal love in three passionate letters could be that came. Recent research has shown that this was clearly Jozefina and not Teresa. From Beethoven’s love letter to her the closing bars may sound familiar to many: forever yours, forever mine, forever us. In addition that Beethoven’s love letters are considered among the most beautiful ones in the world, they are also heard in the iconic scene from the famous American series Sex and the City.

If you are already in Martonvásár and speaking of the Brunszvik family, you can not leave out the one and only kindergarten museum in Hungary. In 1928, Teréz Brunszvik began to deal with the Hungarian education system under the influence of Pestolazzi, a Swiss teacher and she organized the first baby care at her mother’s home in Budapest. This is considered to be the initial step of the institutionalized kindergarten system, followed by a further 80 houses until his death in 1861.

At the Brunszvik Teresa Kindergarten Museum, you can get a glimpse into the history of child care and become part of the past through Teresa’s objects and games as visitors. Today, the Brunszvik Teresa Award is the highest prize that can be awarded to a kindergarten teacher in Hungary, and her outstanding work in the form of the prize is still a living memory. 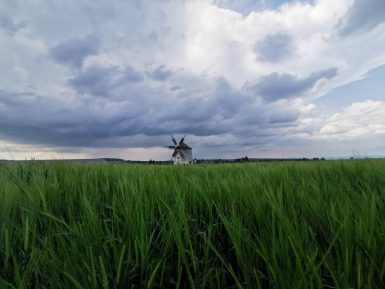 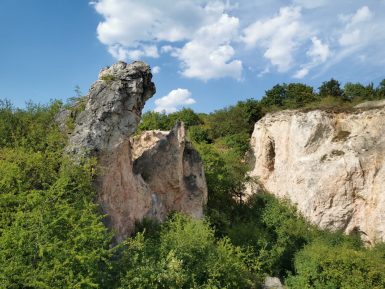