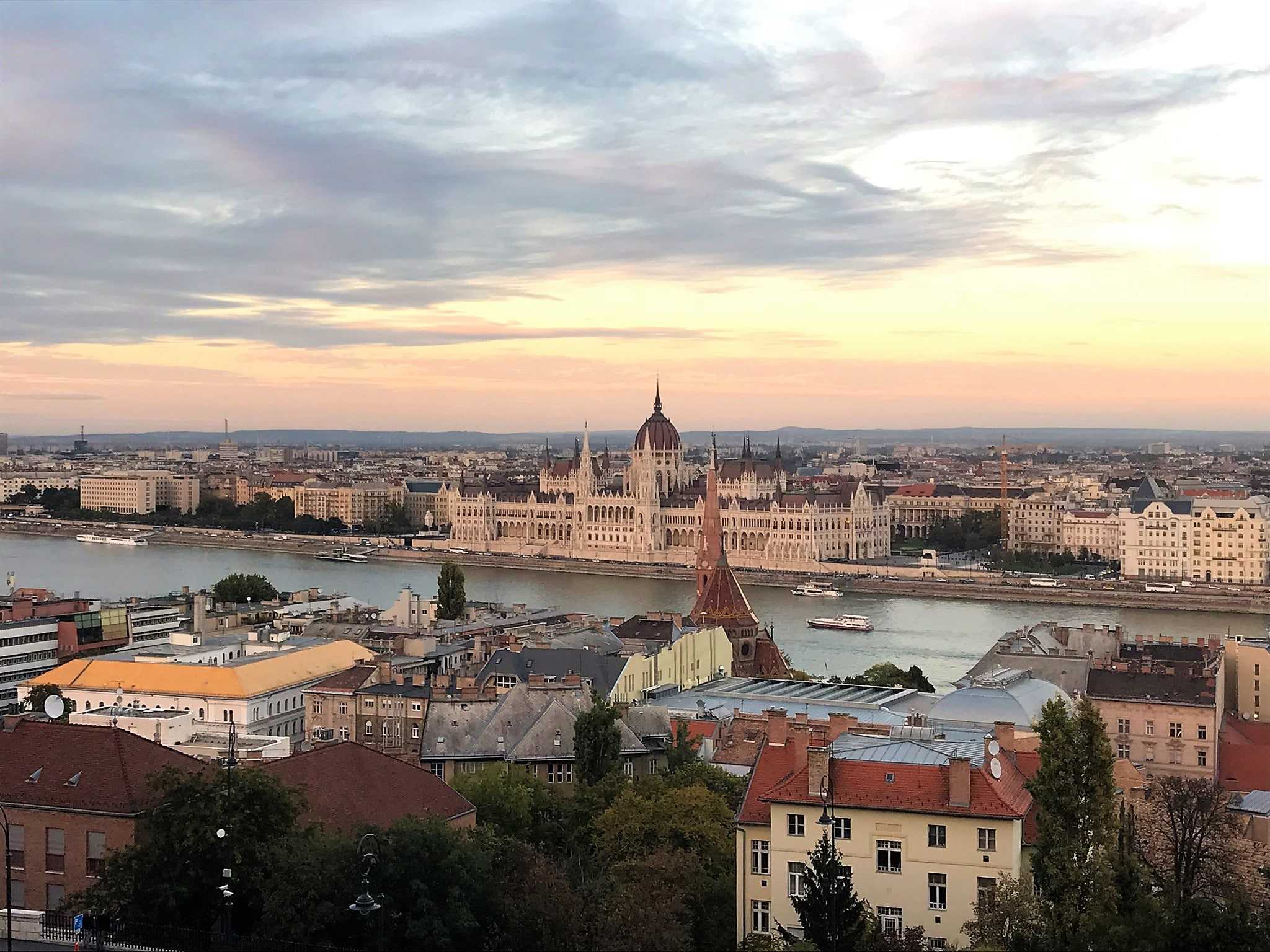 Five tips what to do in Buda Castle in autumn

Yesterday, for some reason, I felt an irresistible desire to go up to Buda Castle for a walk after work. Okay, as a travel addict it’s not a big surprise that I’m constantly salted in and persuade my friends, let’s go anywhere. Autumn is my favorite season. Especially the part when the sun rays are still warm in the daytime, nature splits into thousands of colors and shows is how beautiful the change can be. After I got home from my ad hoc tour, I read an article about celebrating World Tourism Day on September 27th. What a coincidence that my instincts went off without knowing what a great day it was?! If you want to go out in this beautiful autumn weather, here are five foolproof tips for spending your time in Buda Castle. 1) Budapest funicular If you aim to get to Buda Castle, the first question is how to get there. By car, the parking is very expensive, by bus number 16 there is constant traffic on the Chain Bridge. If you vote for a bike for on foot, you can do it, but the best option is to try the Budapest funicular! I have been living in Budapest for 15 years without ever sitting on it. So, I thought the time is here for that until the weather is not and the funicular is not closed for maintenance in October.

But before the funicular ride let’s share a little history about it. Did you know it has been running since 1870 and it was the second funicular in the whole world? Count István Széchenyi’s son, Ödön Széchenyi initiated to build it on the side of Buda Hills. Its primary objective was a simpler way of travel for ministries that operated in the Castle and the Castle Theatre. Since 1987 it belongs to the UNESCO World Heritage Site as part of the Buda Castle and Danube panorama. The two funiculars are named as Margaret and Gellért. They are special three-step cars carrying up to 24 people at a time. It was originally planned that the cabs would continue to run parallel to each other today on a separate track. After getting out of the cabs, I watched them moving up and down the hillside for several minutes. It was so amazing. 2) Being a tourist in your own city People usually go up to the Castle with a definite purpose: either for an exhibition or those who are lucky enough to live there. But why not just going up the hills to be a tourist for one day, especially on World Tourism Day. But Buda Castle is wonderful at any time and every time of year: with its rambunctious streets and places, it is just waiting to be photographed with a camera or phone.  Or to make a selfie or a landscape with the inimitable Danube panorama in the background. I couldn’t resist, even though I was a tourist, I was seduced for a few pictures.

3) Have a romantic walk on Tóth Árpád avenue In spring, the cherry blossoms take over the promenade, but in autumn the chestnuts are the main actors. Ever since I was a kid, I’ve had an inexplicable attraction to chestnuts. Whether you’re building something out of it or just grasping and turning it in the palm of your hand, I couldn’t walk by a tree without taking one chestnut off the ground. On the Tóth Árpád promenade, there is a great opportunity for this, alongside with the mums pushing the strollers, people working on the bench with their laptops, or dog owners. Speaking of dogs: we became friends with a fairy golden retriever while hunting chestnuts, who had a little time for us during his stick chew work. In the more remote and less crowded part of the promenade, it’s really relaxing to sit on a bench to read or just take a little dip in the warm autumn sunshine.

4) Gloomy but soul-warming exhibitions I wrote in my earlier blog post about the Hospital in the Rock and how a fantastic experience it was despite not loving hospitals. If you are in the Buda Castle and have free 60 minutes, I would definitely recommend you to go on a guided tour and get to know one of the darkest periods in the history of our country. Don’t worry, it won’t feel overwhelming. It is rather uplifting to see, in an inhumane time like war, how to remain human and to fight. If it comes to a dark time and pain, then it is definitely worth mentioning the exhibition of Frida Kahlo, which can be viewed in the Hungarian National Gallery until 4 November 2018. A lot of people have written good reviews about it, though I haven’t seen the exhibition yet. Last year, starring Dorka Gryllus, I watched a play about the life of Frida Kahlo at the Atrium Theatre and I absolutely loved it. If you haven’t heard about Frida Kahlo, she was a famous Mexican painter with raised eyebrows who was tragically impaled by a pole during a bus accident. The doctors have already given up on her. Lying in the hospital bed, the pains inspired her to start painting and recover and later create masterpieces such as The Broken Column, which can now be seen in Budapest. 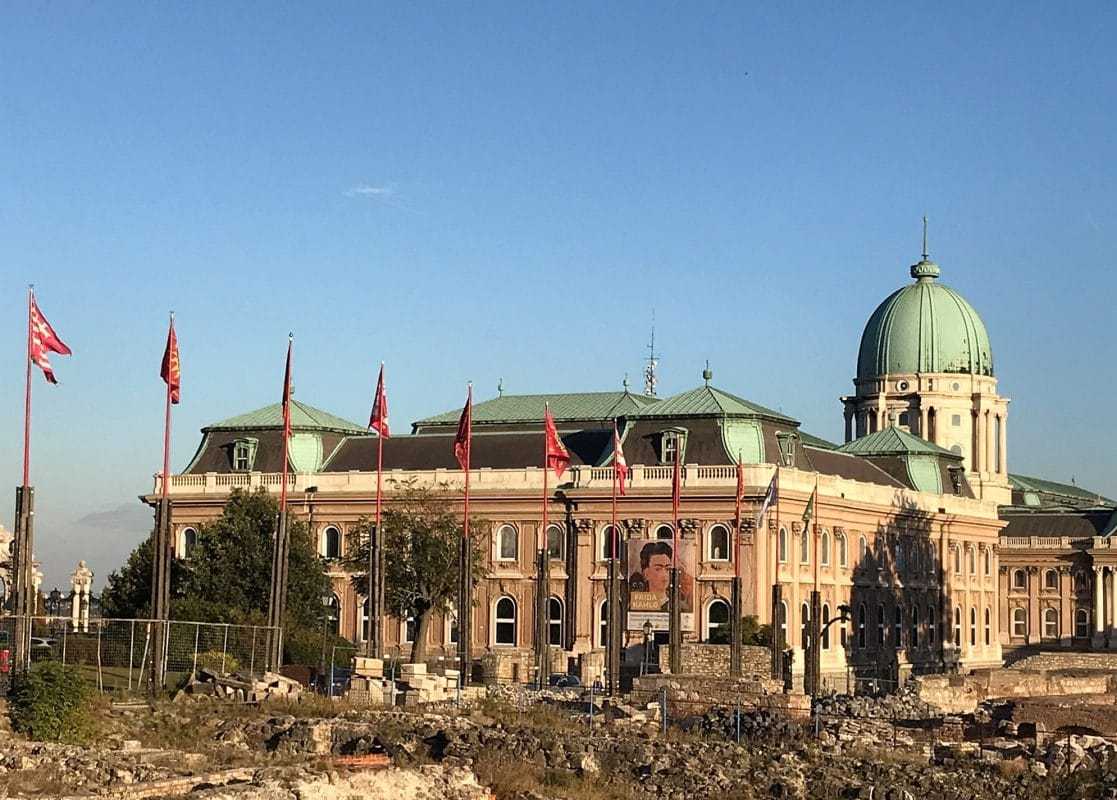 5) Have a cake in the oldest confectionary in Hungary

When the sun goes down, the air is getting chilly. Before going back to the funicular, we pass Ruszwurm, which is the oldest pastry shop in Hungary. It was founded in 1827 and has been declared protected by all its fixtures. We sit on the terrace for a free table, and a nice waitress comes right over and picks up the order. Everything is so delicious but I chose the apricot caramel cake and the cheese-churnstrue won at a towering height. While feeling the sweet taste of the cake in my mouth, I can almost hear the pleasant voice of a famous Hungarian singer, Andor Ajtay: “It is so nice to have a tryst, in the evening at Ruswurm … while… rest sat on the wind on foliage.”